Music festivals have two histories. The first is characterized by a sense of community, of people coming together to celebrate music and the outdoors. This is a history in which festivals are a thoroughly positive force, often doubling as charity initiatives or as vehicles for social and artistic change.

The second history is much darker. Incidents of sexual assault and violence, such as those that occurred at the Bravalla Festival and Putte i Parken in Sweden last week, have exposed a side of festivals that’s far less accommodating to women and minorities. An astonishing 40 cases of rape and groping were reported between the two events, and promoters quickly tried to push blame onto the potential migrant status of the offenders. Far from isolated incidents, such cases prove that safety and inclusiveness remain issues that too many festivals struggle to address.

Instead of dodging responsibility, major music festivals like those in Sweden need to address the systemic issues that make it difficult to keep fans safe. They can start with the simple step of booking more women to perform. Despite the fact that half of all festival attendees are women, music festivals often seem to go out of their way to tailor the experience to the tastes of the millennial male. Most lineups have a massive gender disparity (especially among the headliners), which inevitably sends a message about who belongs — and who doesn’t. At Coachella 2016, for example, roughly a quarter of the billed artists were female (a fractional improvement over last year’s 16%). All of the headliners were men. To illustrate this disparity, some journalists used Photoshop to remove male artists from some of the most popular festival lineup posters. Unsurprisingly, most of them ended up looking pretty bare. 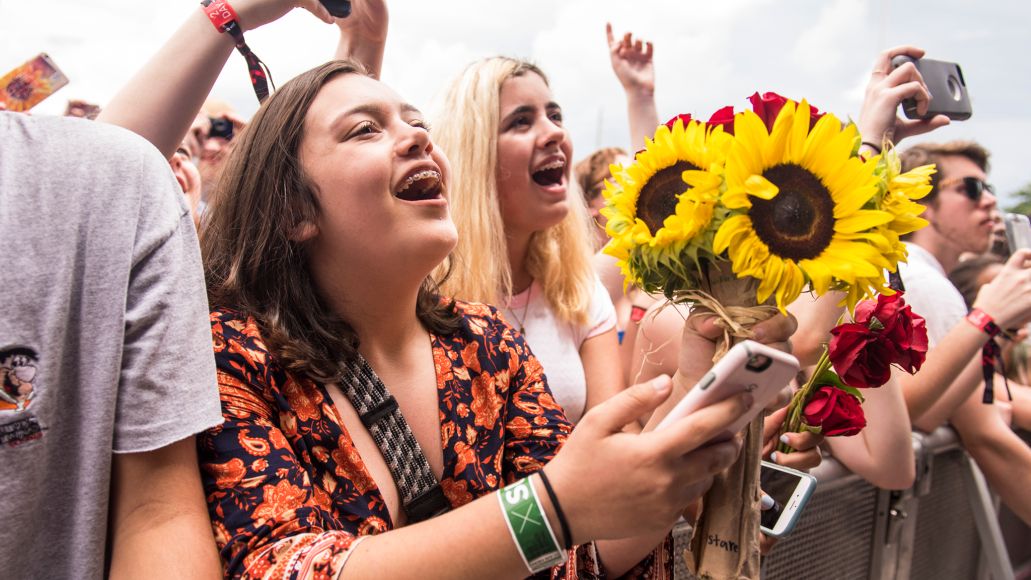 With lineups like these, modern music festivals have established themselves as male-dominated environments. It’s no wonder, then, that so many men seem to think t-shirts promoting rape constitute acceptable festival attire. The effect on women and other minorities is that they rarely feel completely safe. In a Twitter poll conducted by Guardian journalist Alexandra Pollard, 127 of 149 women reported that they had felt unsafe at a music festival. This may be only a small sample, but each festival season churns out plenty of anecdotal proof to back it up.

In order to arrive at a future in which music festivals are a positive experience for everyone, organizers must acknowledge the problem and work toward creating a healthier culture. Here are five concrete steps they can — and should — take before next festival season rolls around.

Establish a Visible Code of Conduct

The most successful festival environments are usually those that put safety expectations in writing. Pickathon in Oregon keeps a list of Do’s and Don’ts for acceptable behavior and reserves the right to turn away belligerent guests. At Newport Folk Festival, socially acceptable behavior is part of the general policy. On a smaller scale, Don Giovanni’s New Alternative Music Festival in New Jersey has created an explicit manifesto to ban discriminatory behavior. 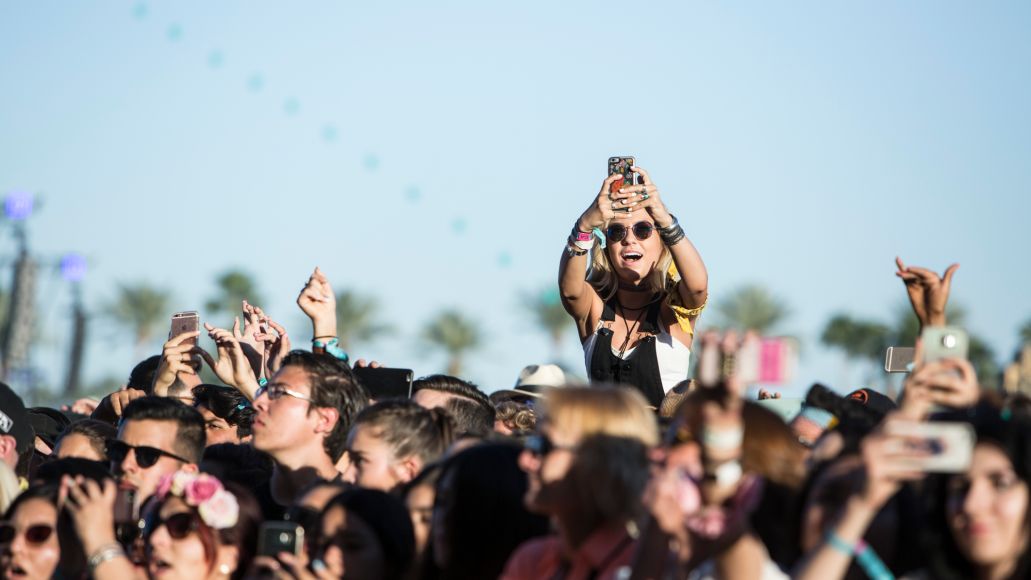 While a tangible, written set of rules seems like it would be a given, most major festivals don’t do a good enough job of posting behavioral expectations. Even common-sense rules that prohibit touching a woman — or anyone, for that matter — without permission must be stated clearly and visibly. The festival code of conduct and the consequences of violating it should be visible on the festival’s website, at the gates, and on flyers to ensure that there’s no excuse for missing it.

While every festival should hold attendees to a high standard of conduct, a full-time staff needs to be on hand in case a dangerous situation breaks out. In addition to trained security, festivals should also invest in safety ambassadors, a large team of easily identifiable staff members positioned throughout the grounds.

Many festivals already do this. Bonnaroo, for example, does not limit security to stages and makes sure that staff members are easy to locate at checkpoints throughout. While every festival should employ a trained staff of security workers, it’s hard to argue against increasing the size and scope of these teams further, as well as making sure they are versed in appropriate sexual conduct. Some festivals have even had issues with security employees and assault, which is why, in addition to usual job briefing, seminars on assault and how to prevent it should be mandatory.

Set Aside Spaces for Women

This year, Glastonbury premiered The Sisterhood, the festival’s first women-only venue. The concept behind the venue was simple but revolutionary: to create an “intersectional, queer, trans, and disability inclusive” space specifically for female-identifying concertgoers. The venue proved to be controversial, and female artists like Shirley Manson of Garbage openly wondered how productive it was for women to be removed from the rest of the festival instead of taking steps to make every venue feel inclusive. 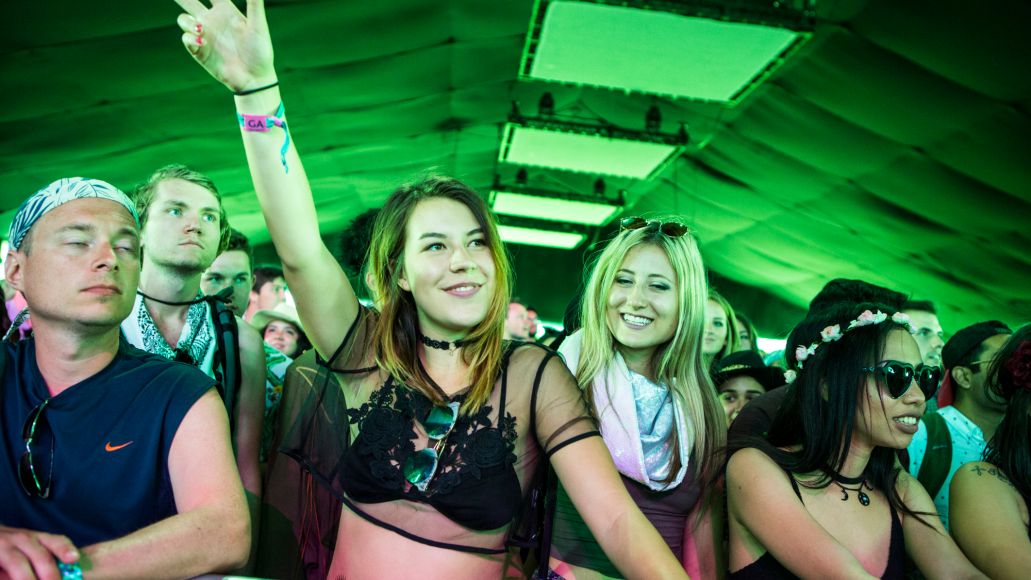 These critiques are only partially sound. As long as the industry continues to be male-dominated, spaces that empower women and give them the freedom to express themselves will always have a place at festivals. However, a safe haven doesn’t necessarily have to be a performance space. Her Forest, an initiative at Electric Forest Festival in Rothbury, Michigan, aims to provide a network of female campers. After reports of harassment at the Shambhala Music Festival in Canada, the organizers went out of their way to create a safe space where any self-identified women could go to find support or seek a reprieve from other festivalgoers. Every festival should follow suit and be open to having some sort of sanctuary where female guests can go to catch a break or seek guidance in case of incident.

Some of the most infamous cases of sexual assault at music festivals have occurred in the midst of unruly crowds. When large audiences lose control, it becomes more difficult for security to help those in need. If a festival isn’t hitting the bottom of Maslow’s pyramid, providing guests with a reliable and at least somewhat affordable source of food and water, things are far more likely to get out of hand. This was the case at Woodstock ‘99, where improper planning resulted in violent, rioting crowds. But even the most soundly organized festival cannot predict emergencies, so guests should also be provided with access to cell phone charging stations and dependable phone service. If somebody is in danger or even thinks they are in danger, they need to be able to locate help, especially if lost or thrown into a crowd. 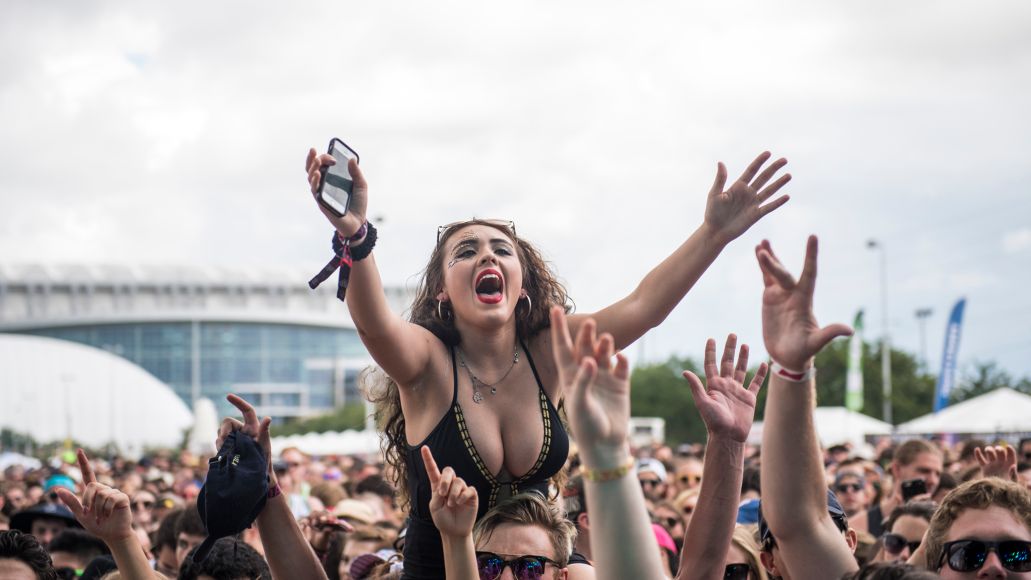 In recent years, artists have taken audience safety into their own hands by creating help hotlines. Speedy Ortiz, for example, encourage any fan at their shows who is being harassed or feels unsafe to text the band directly. Similarly, Modern Baseball gives out the number of their tour manager before shows, encouraging fans to text in case of emergency. While artists should definitely consider copying and implementing this practice, what’s stopping festivals from doing the same? An all-encompassing festival hotline that’s manned throughout the event could drastically improve precision of festival security, allowing a direct line to help no matter where in the crowd a victim might be located.

Surviving a music festival is a feat in itself, and the additional frustrations and fears that women and minorities face need to be addressed. In light of the recent attacks in Sweden, and accounting for a long history of festivals failing their female patrons, a new precedent of zero tolerance for harassment, intolerance, and aggressive behavior needs to be set. Music is a right, public spaces are public, and everyone, regardless of gender identity, race, or ability, should be able to enjoy a safe festival experience.

Five Things Every Music Festival Can Do to Keep People Safer