Things are really floating for Andrés Muschietti’s two-part remake of Stephen King’s It. A few weeks ago, the filmmaker posted a few pieces of concept art and set photos for his adaptation, and now he’s gone ahead and unleashed a terrifying first look at Bill Skarsgård as the nefarious titular force, Pennywise.

The soon-to-be 26-year-old actor spoke to Entertainment Weekly about the “extreme character,” specifically its complicated mythos: “He’s not even a clown. I’m playing just one of the beings It creates,” he explained, adding: “What’s funny to this evil entity might not be funny to everyone else. But he thinks it’s funny.”

Skarsgård also addressed the big shoes waiting to be filled with sewage water. “Tim Curry’s performance was truly great, but it’s important for me to do something different because of that,” he remarks of the veteran actor’s iconic role in the 1990 mini-series. “I’ll never be able to make a Tim Curry performance as good as Tim Curry.”

Better yet, the kid’s hit the books, as he contends: “I’ve been doing some clown research. I’m not sure if there was so much clown phobia before the novel. There’s obviously been this thing where people find clowns are unsettling, but nobody explored it the way Stephen King did.” 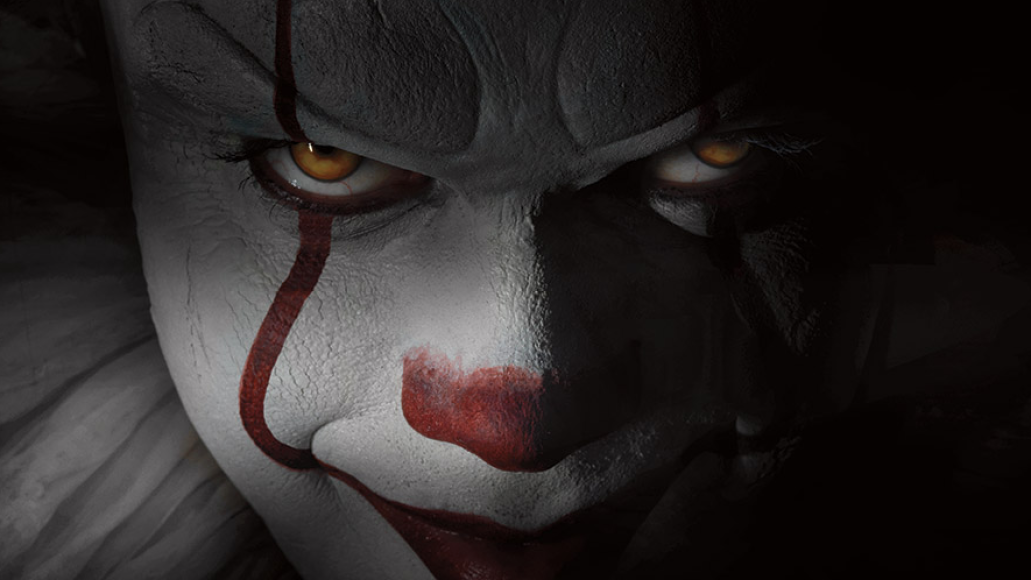 As previously reported, this adaptation will split King’s original 1986 novel into two movies. The first will follow the children being stalked by the titular shapeshifting monster, while the second will pick up decades later, when those same kids are confronting their same demons as adults.

Jaeden Lieberher, Finn Wolfhard, Jack Dylan Grazer, Wyatt Oleff, Chosen Jacobs, and Jeremy Ray Taylor lead the pack as The Losers Club which Skarsgård’s Pennywise and Owen Teague’s bullish Patrick Hocksetter will prey upon. Their adult counterparts have yet to be cast and it’s still unclear if they will prior to the first installment’s release.

Filming is currently underway in Port Hope, Ontario, which the production team has turned into Derry, Maine. Northumberland News recently snapped a number of juicy set photos, confirming the time frame (Summer 1989) and the appearance of one terrifying form of It (ahem, he’s carrying an axe). Take a look at a handful of shots below. 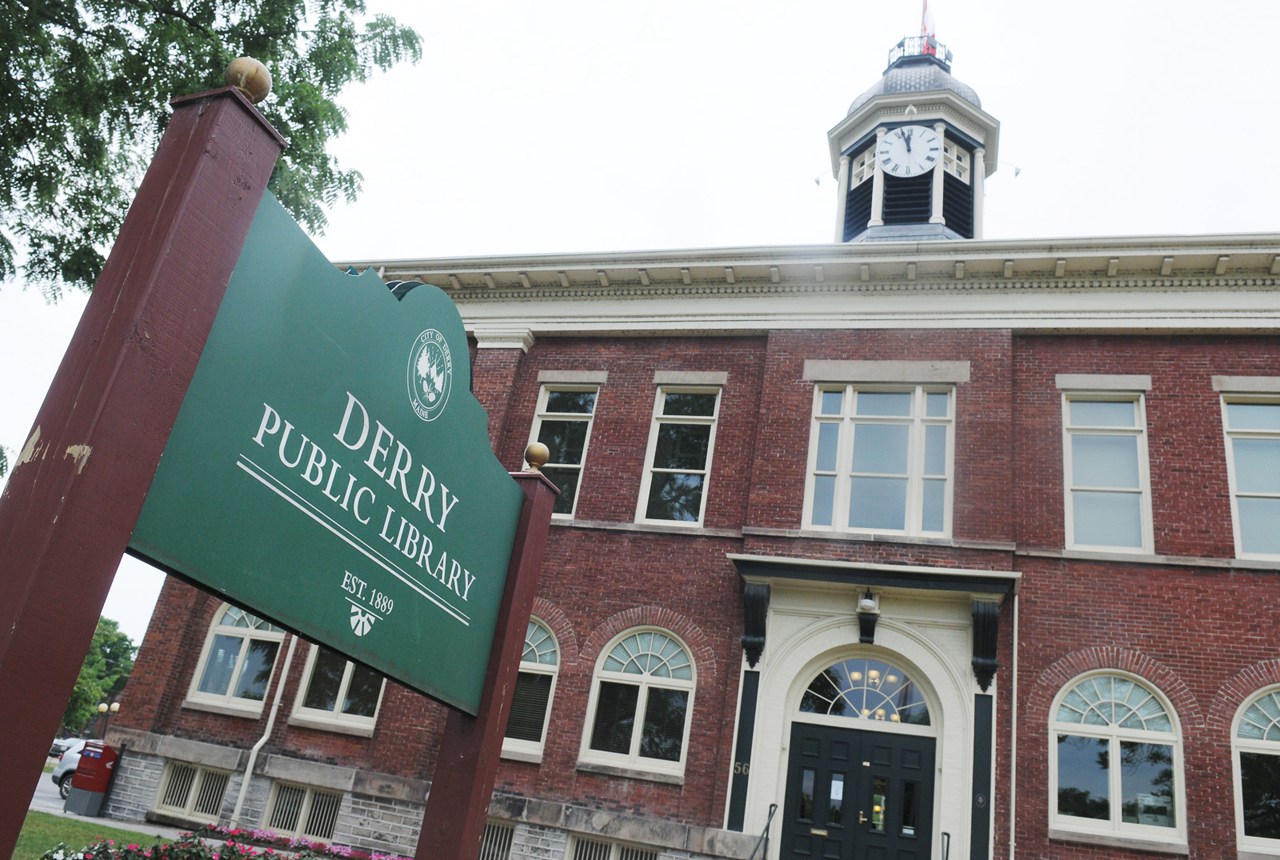 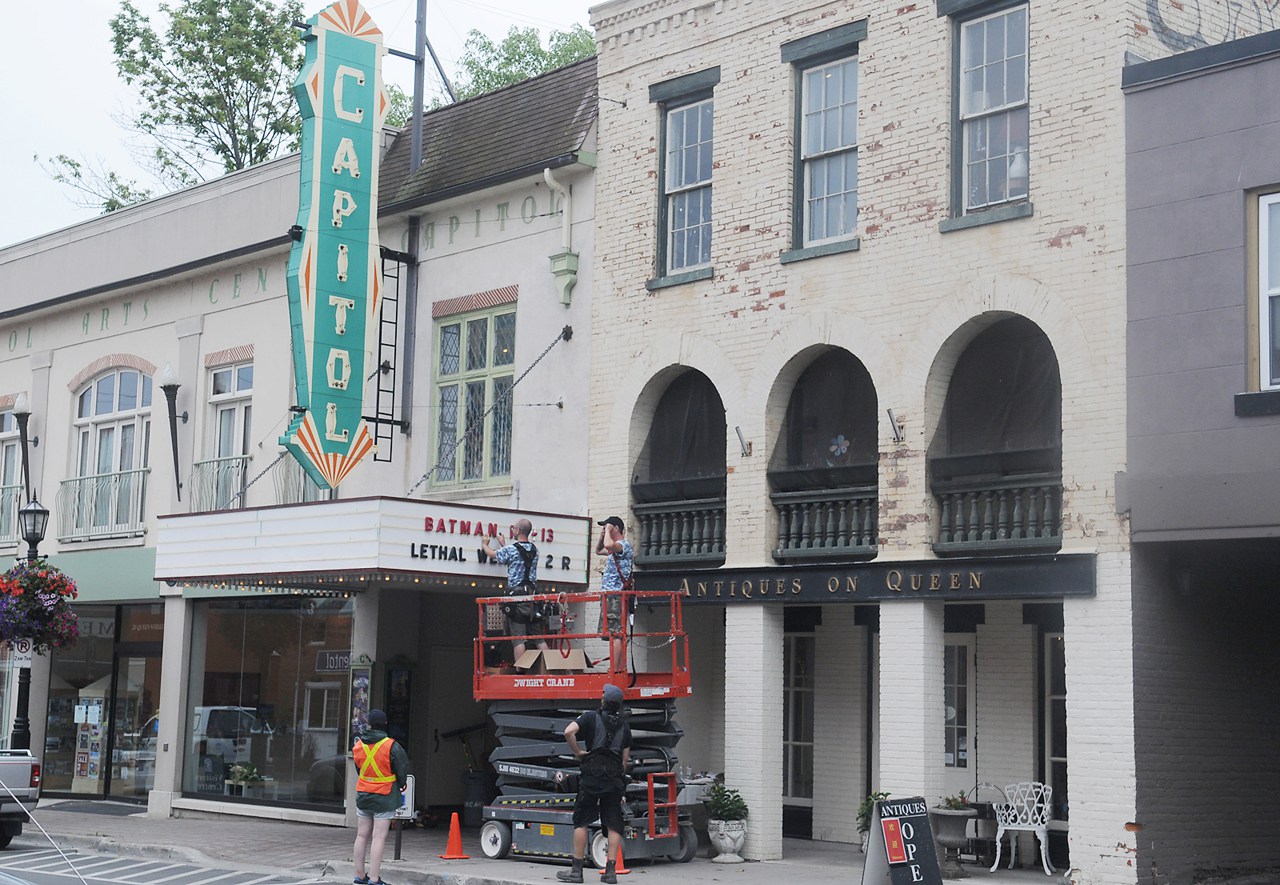 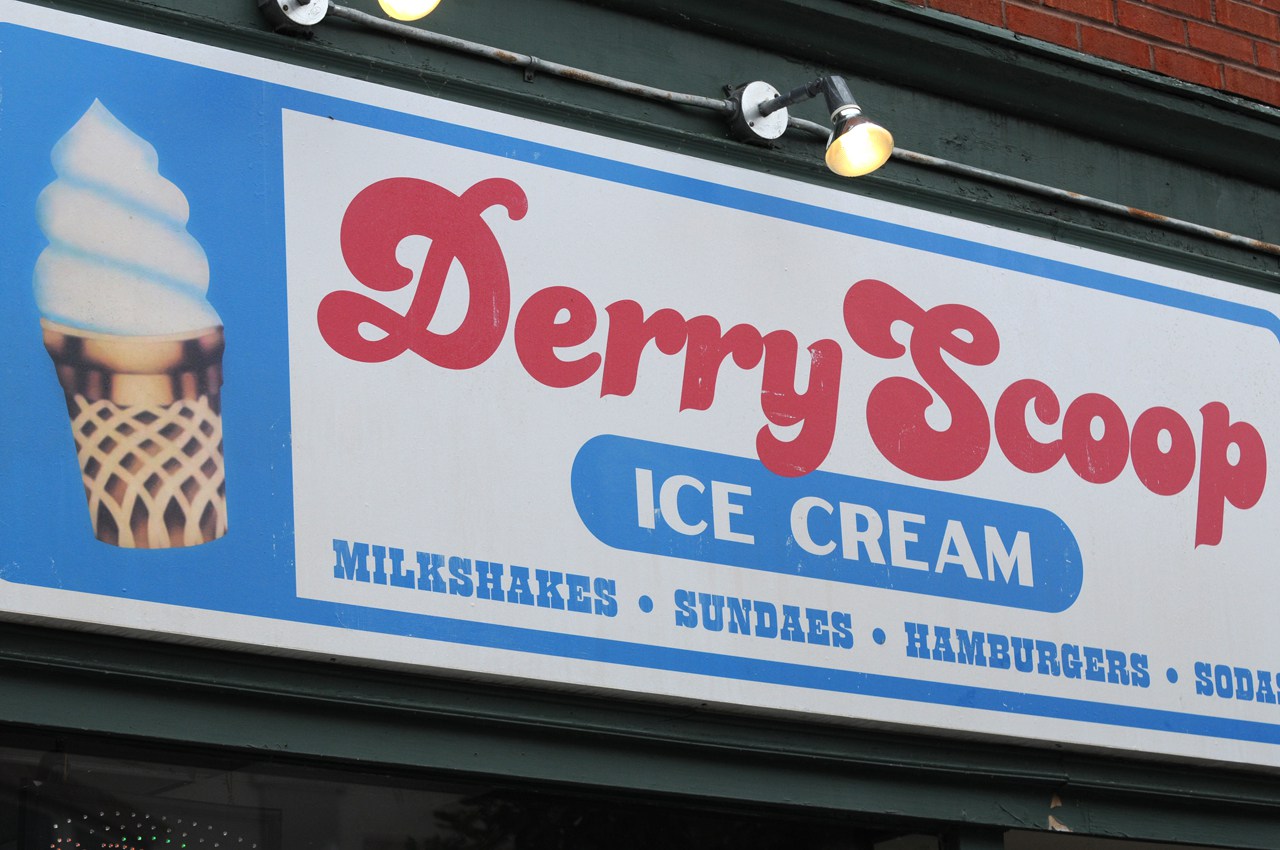 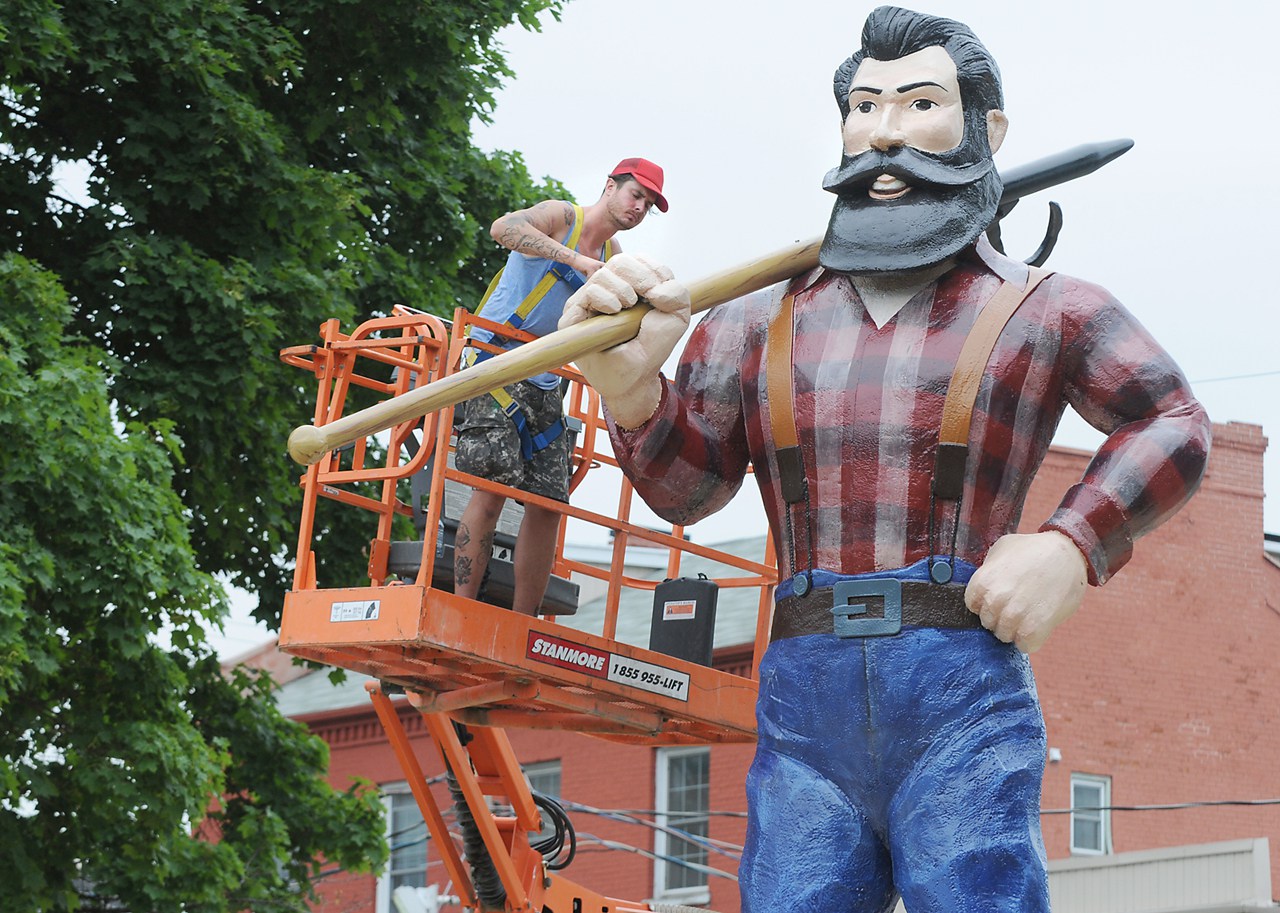 PORT HOPE -- A statue of Paul Bunyan was erected in Memorial Park for the filming of Stephen King’s ‘It’.

The first half of Stephen King’s It hits theaters September 8th, 2017.