Welcome to Producer’s Chair, a mini-column in which Editor-in-Chief Michael Roffman offers his own career advice to artists and various figureheads in the film and music industry. In this installment, he moves on from the controversy surrounding Taylor Swift, opting instead to digress on how she can come out from underneath and why her most interesting story has yet to be written.

Sure, she’s “slumming” it with Loki, living on fat stacks of dollar bills, and never has to sit through a Calvin Harris set ever again, but the tide has turned on ol’ T-Swift. She’s no longer the innocent girl next door — and probably never was — even though that was a tired narrative she shed two albums ago. No, thanks to the controversy stemming from Harris’ “This Is What You Came For” and Kanye West’s “Famous”, the masses have placed her head on the Internet’s proverbial weekly chopping block.

In other words, she won The Lottery.

Look, I’m not interested in outlining the entire fiasco; Shawn Cooke already did as much last week with his excellent op-ed, “How Taylor Swift Became Twitter’s Public Enemy No. 1.” And by now, you’ve likely already read five or six or 30 thinkpieces that speculate on the morality or heroism of Kim Kardashian’s Sunday evening Snapchats. No, I’m more invested in what happens next, because as much as the critics and detractors want to believe this is the end of Swift, this is not the end.

Celebrities of Swift’s caliber don’t just vanish overnight, and while this may be a “character assassination,” as the singer herself put it, this hit will be less John F. Kennedy and more 50 Cent. This is just the beginning of another chapter for Swift, one she may or may not have been expecting, which only proves how hard it is to tell what’s authentic with her anymore. And really, that’s going to be her most daunting hurdle going forward amid what will inevitably be dubbed her comeback. 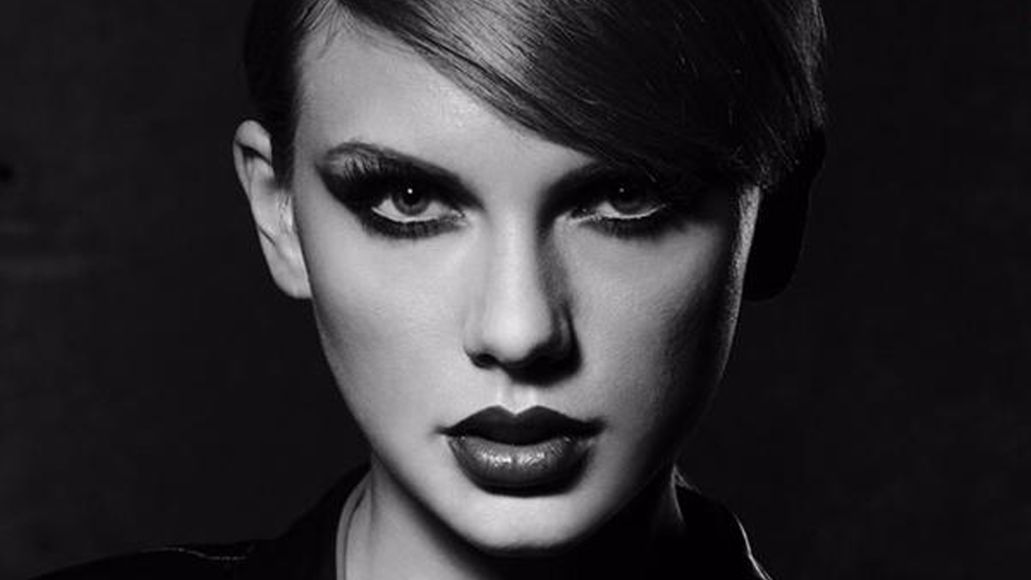 Because when it comes to any comeback, authenticity is such an easy out. People warm up to transparency, especially following some sort of crisis, and it’s all in the idea that someone from above has fallen and now they’re one of us, one of us, gooble, gobble, gooble, gobble. But that’s not an option for Swift because her entire career has been predicated on that notion, and that notion has been splattered with, to borrow from her, bad blood. That’s why watching her next steps will be so interesting.

Like the ending to a very, very long Twilight Zone episode, Swift now finds herself where Kanye was on the morning of Monday, September 14, 2009, when the entire world — including Jay Fucking Leno — wanted him to apologize and kiss ass and everything else that goes with the post-Lottery spectacle. But here’s the thing: Yeezy only played that game up to a point, leaning on his own genius to deliver genre-shattering albums to become the hip-hop supervillain everyone knows today.

That’s also not really an option for Swift. Well, I take that back; it could be, but there’d need to be some grace period. She’d need to do something even more phony like appear on Jimmy Fallon, do stupid impersonations, and say, “Look folks, I’m sorry for lying to you about everything.” Not only is there a fat chance of that happening, but it would also be ill-advised. What’s more, it would be unfair, considering she basically just got caught doing what every other goddamn pop star does: manipulation. 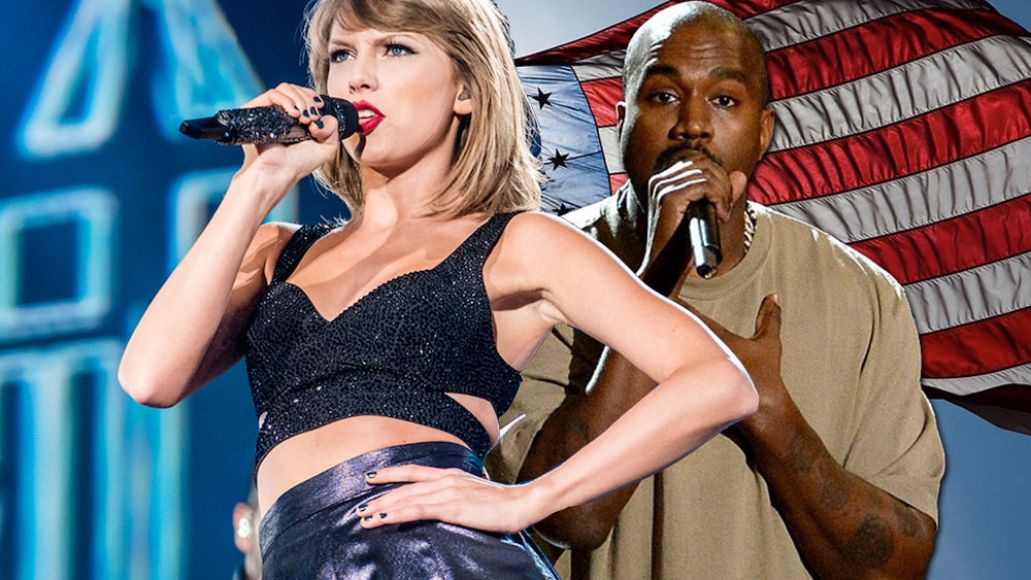 So yeah, it’s going to be a stressful few months for Swift and her PR team, but in an ironic twist, this might be what she’s needed all along. Think about it: If she can trudge these waters and come out on top, she’ll not only silence her critics; she’ll become critic-proof, which is far more valuable than any blockbuster tour. Much of that will have to do with how she’ll come to re-define who Taylor Swift really is at face value, and it may be the hero, it may be the villain, or it may be neither of those things.

Full disclosure: I’m a total sucker for comeback stories, namely because I feel it’s the only way you ever see someone’s true self. I’d like to quote William McKinley (“In the time of darkest defeat, victory may be nearest”), but I’ll go with Dwyane Wade, whose mantra works best for Swift: “I’ve always had that kind of doubter. People have always doubted me. And I don’t know how I would succeed without it. So I welcome it, and it gives me a challenge, and I will see if I can live up to my challenge.”

At this point, Swift probably doesn’t remember meeting the Heat lifer* — after all, she met and danced with so many people on stage during the 1989 tour that I’d be astonished if she could name the entire cast of Friends at this point — but she would be smart to take those words to heart. Everyone’s out laughing and making memes, but if there’s one thing we do know about Taylor Swift, it’s that she is smart enough to know the game, and as she sang on her last album, she loves it very much.

Here’s how she can win it again…

The first thing she needs to do is walk away. Trying anything right now would be like arguing with your family about politics. Nobody’s going to listen, everyone’s going to say their two cents, and any logical stances will be lost to vitriol. So, it’s time Swifty pulls a Luke Skywalker and drops off the face of the planet for awhile. That includes every social network, any marketing deals in place, and any public appearances — just shut it all down. “Fuck ’em” is the attitude to brew.

Which leads to the next phase: villainy. If you can’t win ’em over, beat ’em up. It worked for Kanye, who forced his critics into submission with powerful turns like 2010’s My Beautiful Dark Twisted Fantasy and 2013’s Yeezus. (Even this year’s The Life of Pablo, his most polarizing work to date, received very little criticism.) The major difference here is that Kanye came off as a tortured genius, which is something critics aren’t going to tag Swift with anytime soon.

That’s why she needs to embrace the comeback and go at it alone. Remember the ending in The Last Crusade, when Indiana Jones heads into the temple to pursue the Holy Grail? This is that moment for Swift, who needs to find her inner self to cross that bridge and avoid the fate of Donovan. Who the hell is Donovan? The old AT-AT commander from The Empire Strikes Back who turns into Doc Brown before crumbling into dust. Swift, you gotta delete those contacts.

Meanwhile, stop trying to act like you’re human. You’re not! Technically, you are, but you’re also a billion-dollar brand that became a billion-dollar brand during the hardest time for musicians to make any money. Some might consider that god-like and everyone and their mother now knows that’s exactly how you see yourself, so, come on, just embrace it. Go H.A.M. and write a ton of hits — just you, that’s still key this time around — that wrestle with this theme and earn the crown.

Return not when it’s right, but when it’s wrong. Drop a new single in the middle of January, when everyone’s fucking exhausted from the past year and wants nothing to do with spending money. Go host Saturday Night Live under the terms that you won’t be a musical guest and that there won’t be any other musical guest. Play three shows in a single year: Bonnaroo, Glastonbury, and Fuji Rock. Be weird — no, not Miley weird — but unpredictable. Avoid any and all calculations.

Will that work? Maybe, maybe not, but it would be intriguing, to say the least. Call me optimistic, but what her future success will boil down to are essentially the basics: her music and the truth. The former has never really been in jeopardy, outside of the skeptics who debate her character with regards to her tortured lyricism, but the latter is shot to shit right now. Rest assured, she’ll no doubt return with a dozen more hits, but the jury’s out on what kind of truth she’ll have in tow.

Right now, what’s clear is that she has her options and she even has a window. As kind-of rival Katy Perry eyes a post-Prism return — don’t kid yourself, that Olympics anthem was hardly just an exciting opportunity for the singer — Swift has all the reason to exit stage left and have her Superman II moment. You know that one, right? When Kal-El relinquishes his powers and tries to be human, only to come back to the tights? Let’s just say the Fortress of Solitude is calling, Ms. Swift.