On their way to Bonnaroo, the members of Pearl Jam made a pit stop in neighboring Nashville to visit their ol’ friend Jack White. The grunge titans played an intimate warm-up gig inside the Blue Room of White’s Third Man Records studios, and Eddie Vedder recorded a solo song inside Third Man’s Voice-O-Graph booth. Naturally, the staff of Third Man was on hand to capture the day’s events and will be sharing these recordings as part of the latest installment of its Vault subscription series.

As previously reported, Pearl Jam’s Blue Room set kicked off with a cover of Pink Floyd’s “Interstellar Overdrive” before the band segued into “Corduroy”, “Pendulum”, and “Deep”. For the encore, White joined Pearl Jam on stage for “Of the Earth”, complete with dueling guitar solos from Mike McCready and White. Performances of “Hard to Imagine” and “Let Me Sleep” closed the show.

Members of Pearl Jam’s own Ten Club will receive a coupon code entitling them to $15 off the cost of the package. Click here for more info. 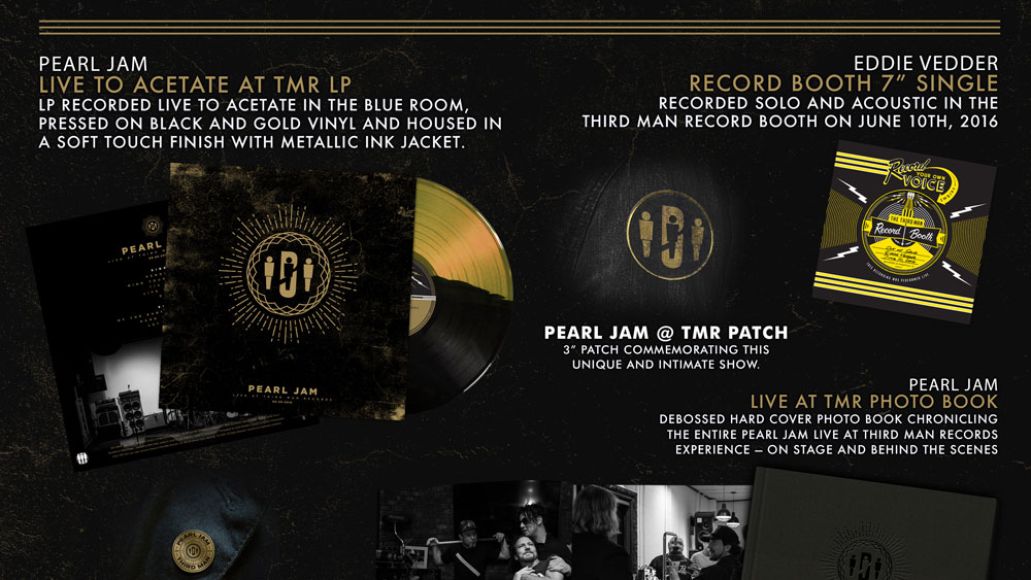