Jeff Buckley was known to have a voracious appetite for music, spinning records of all varieties before his untimely passing in 1997, including rock, metal, punk, and jazz. His vinyl collection, which has been made available for online viewing this week, affirms the legendary songwriter’s genre-spanning taste.

In addition to the usual suspects like Leonard Cohen, Buckley’s collection features Master of Puppets from Metallica, Ghost in the Machine by The Police, and Billie Holiday’s Lady Sings the Blues. He dived deep into dream pop, noise-rock, and proto-punk with records from Cocteau Twins, The Jesus Lizard, and Patti Smith, respectively. He also owned multiple LPs from John Coltrane, Bob Dylan, Muddy Waters, Van Halen, Iggy Pop, and Queen.

(Ranking: Every Jeff Buckley Song From Worst to Best)

Buckley’s record stash, a project made possible by Sony’s Legacy Recordings and the songwriter’s mother, Mary Guibert, can be found in its entirety here. Fans can click around to peruse the collection alphabetically and even listen to 30-second previews of the songs of every album. (Those hoping to start their own vinyl collection — this is a fantastic place to start.) 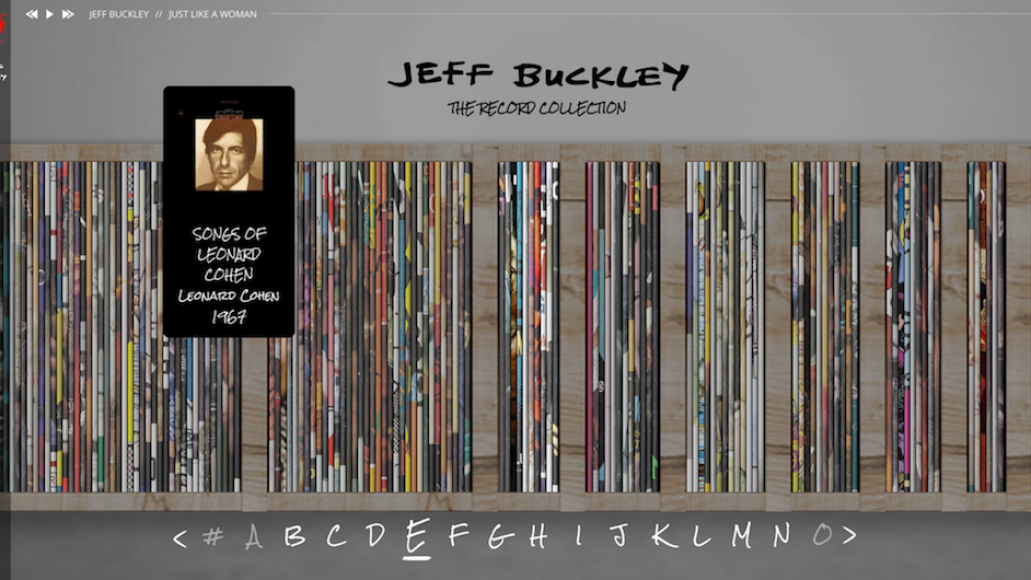 Earlier this year, a posthumous album of Buckley rarities titled You and I was released.