Much has changed since Atari dropped Pong on the world in 1972. Nowadays, video games are as ubiquitous as movies and music, as evidenced by the fact that the person sitting next to you right now is probably trying to catch a Bellsprout on Pokémon Go.

Given the worldwide prevalence of the gaming industry, it should come as little surprise that many of today’s top musicians are also prone to dabbling in the digital pastime of zapping enemies and collecting coins.

Some do more than dabble. Four artists who count themselves as players — Hayden Menzies of Metz, Justin Peroff of Broken Social Scene, Jonah Falco of F*cked Up, and Iain Cook of CHVRCHES — all recently took the leap inside the screen when they participated in LOUD on Planet X, a game that finds popular indie rock bands doing battle against aliens, armed with their most potent weapon: songs. Metz and CHVRCHES are featured as playable characters, while F*cked Up is both a character and a contributor to one of the game’s four original scores (another comes from Broken Social Scene’s Justin Peroff and Brendan Canning).

While these acts may have LOUD on Planet X in common, when it comes to the games they like to play, their tastes vary as widely as the medium itself. Menzies, for example, feels his biggest accomplishment as a gamer came when he almost beat Michael Jackson’s Moonwalker on Sega Genesis.

“[It] would have been quite the accomplishment,” Menzies reflects. “It was a weird game.”

Peroff confesses that lasting more than 15 minutes on any game is reason for celebration, while Falco takes pride in the time he took down Super Ghouls ‘n Ghosts, a throwback Capcom title that pits Player 1 against a gauntlet of supernatural foes. Cook takes a more unconventional approach: He intentionally tries not to finish games because “I never want them to end. That way they can live forever in my imagination.” 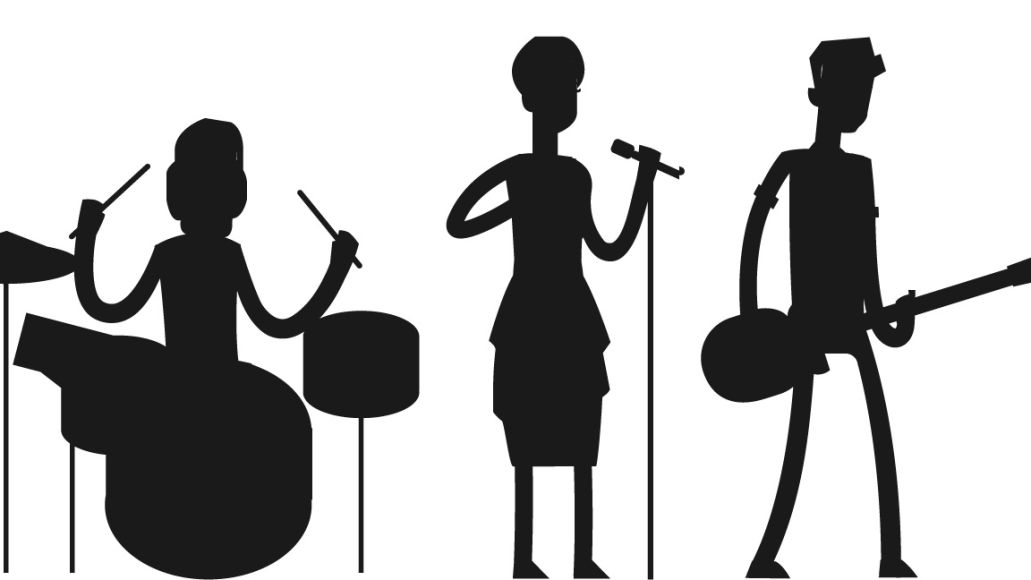 Of course, dedicated players know that some titles manage to transcend their time and place to earn a spot in the ever-evolving Video Game Pantheon, a fully subjective ranking of the medium’s greatest triumphs.

One oft-cited example is Super Smash Bros. Melee, the Gamecube title that brought back all of Nintendo’s most famous characters (and some of their more obscure ones) for a no-holds-barred multiplayer throwdown. Any self-respecting Smash player has to have a go-to character, and for Cook, that’s Samus, the armored warrior originally featured in Metroid. Falco meanwhile spreads his love between Samus, Jigglypuff, and (duh) Falco of Star Fox.

Menzies and Peroff don’t share their LOUD on Planet X colleagues’ affinity for Super Smash Bros. Melee, but they do admit they’ve given the game a shot.

“The only time I played it was backstage at a Ryan Hemsworth show,” Peroff recalls. “I got laughed out of my turn because I was that awful.”

Asked what character he usually defaults to, Menzies name-checks “the inflatable bag,” an aspersion that assuredly hurts Kirby’s feelings. 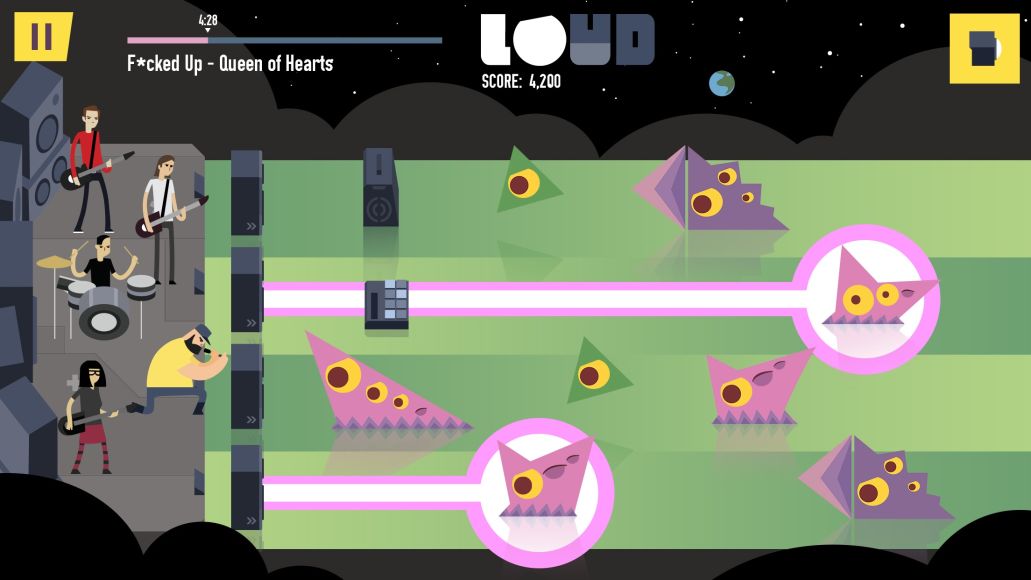 Just like the first CD you ever buy and the first R-rated movie you ever sneak into stays with you, many of us have random video games that will forever hold a place in our hearts. Sometimes our love goes to extremes, like when we choose to commemorate our favorite 8-bit heroes in permanent ink.

In a hypothetical world where he was forced to choose a video game character to tattoo on his body, Cook says he would pick Akuma from Street Fighter. Peroff opts for the giggling dog from Duck Hunt, which he says is an accurate representation of his shortcomings as a gamer. Menzies says it’s the shop owner from Skate or Die! he’d want needled in, but it’s Falco who goes perhaps the furthest afield.

“Maybe the roll of beef from Final Fight,” he muses, “or the death’s head in Scorched Earth.”

Given that LOUD on Planet X is a game about music, one would assume that its contributors have strong opinions on their favorite video game scores. Three of the four pick 8-bit scores from the original Nintendo Entertainment System, a testament to those composers’ impressive ability to create memorable tunes out of so little.

Menzies says it’s the soundtrack to Faxanadu, a dragon-slaying side-scroller, that still stays in his ears. Peroff remains fond of the theme from Battletoads, an NES title wherein intergalactic amphibians do battle. 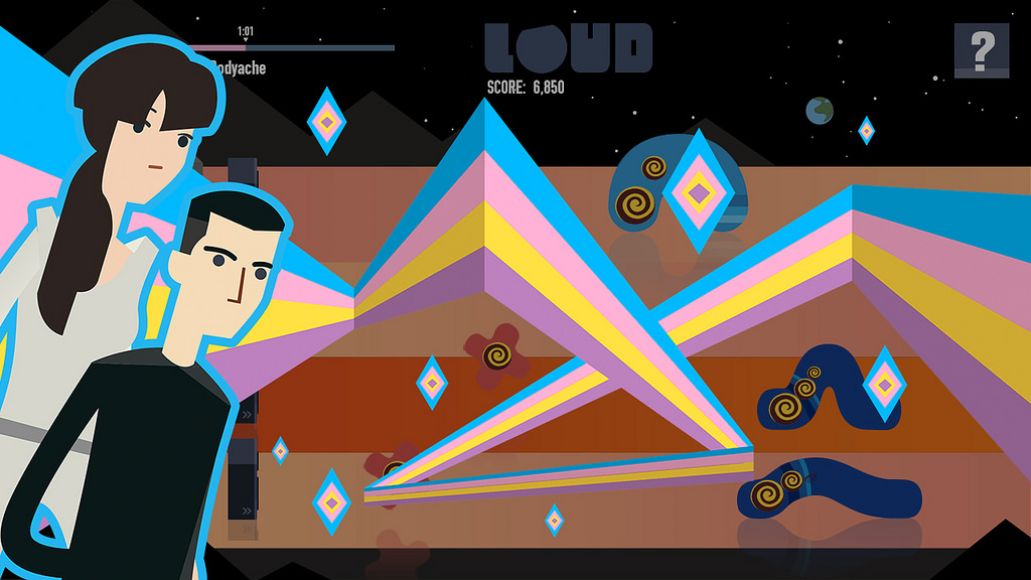 Falco, however, sticks with the granddaddy of them all.

“Koji Kondo’s epic Mario suite is a certified classic of contemporary composition,” he says. “It’s as much of a cultural marker as the games themselves.”

In talking with these grown-up musicians, one things becomes clear: Video games are not just for kids killing time in their parents’ basement anymore. Everyone has their poison, be it a marathon session of Halo 4 or a few minutes idly accumulating donuts on The Simpsons: Tapped Out. Even rock stars are getting in on the game, and thank goodness. It’s nice to know our heroes are still down to occasionally slum it in the Mushroom Kingdom with the rest of us.