After three straight days with temperatures flirting around 100° F, LCD Soundsystem gave their sweaty fans at Panorama music festival the chance to dance themselves clean.

Five years ago, long before James Murphy and co. returned for their current reunion at Webster Hall earlier this year, LCD famously said goodbye at Madison Square Garden — few ever thought they’d return. As such, LCD were an undeniably big get for Goldenvoice’s inaugural festival, especially given the heated competition, namely the long-running Governors Ball, which was also held at Randall’s Island last month. 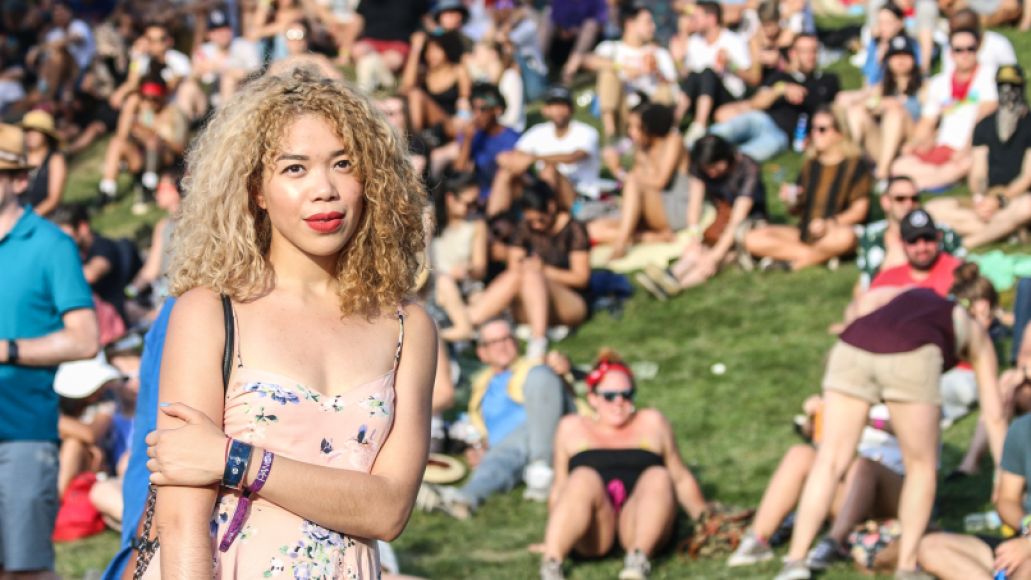 Unlike its counterpart, however, Panorama avoided any rain that could threaten a festival weekend. Instead, the event was blessed with three beautiful, albeit scorching, summer days. Such unforgiving heat only drove crowds toward the Despacio and The Lab installations, where much-needed A/C cooled down attendees while they were entertained by the interactive exhibits. The domed, planetarium-style section of The Lab was especially great for gazing up at trippy visuals.

The shaded Pavilion Stage and enclosed Parlor Stage also gave a slight respite from the unrelenting sun. But the latter spot also provided significant logistical challenges. At the Parlor Stage, the floor space for DJ sets quickly reached capacity for popular artists like Kaytranada and Tokimonsta. When this happened, the general admission line to get in the door snaked all the way to the festival’s main throughway. 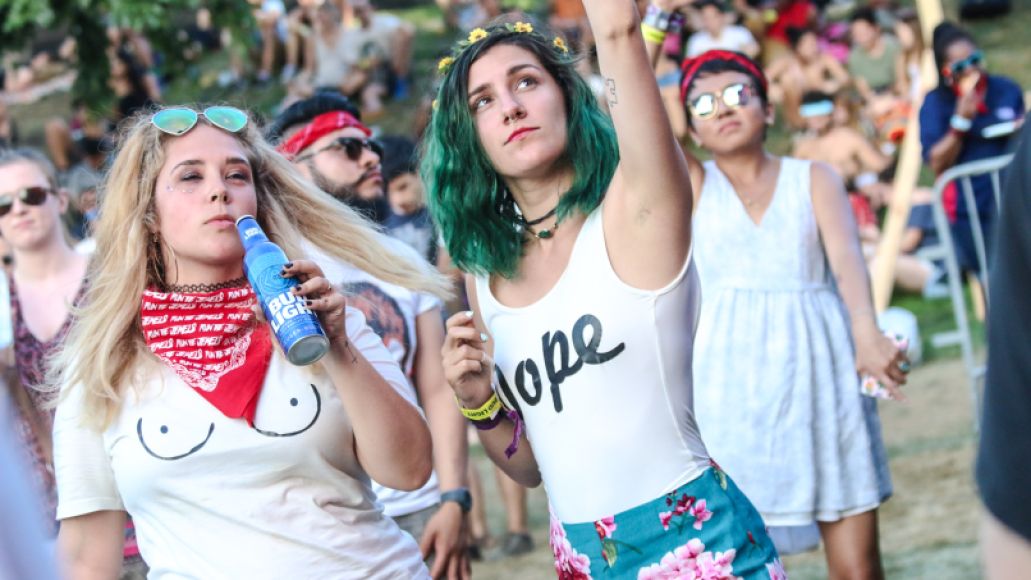 Save for this stage, though, foot traffic wasn’t too much of a problem, even later in the evenings. It’ll be interesting to learn more about Panorama’s attendance, but at a glance, the grounds appeared much less crowded than at GovBall. Decent spots flanking the main stage were available for the headliners right up until their sets started. While probably not good for business, this proved ideal for navigating the crowds in the heat and helped reduce lines for food and the upscale bathrooms. Conversely, the smaller audiences didn’t have the imposing feel of massive festival scenes you’re accustomed to seeing when headliners take the stage at the biggest fests.

Regardless, Panorama’s first year was filled with memorable performances. Arcade Fire joined forces with the  Preservation Hall Jazz Band for a moving tribute to David Bowie. Anderson .Paak proved why he’s one of the most exciting rising acts. Kendrick Lamar and The Julie Ruin gave fiercely political performances. And of course, LCD Soundsystem threw a joyous dance party for all their friends.

So, cool off and relive the top moments of Panorama — sans any sunscreen. You welcome.