After a string of sold-out, largely critically successful years, this edition of Pitchfork Music Festival felt like it had some growing pains. The fields felt a little emptier, the sound a little muddier, the schedule a little rushed. In fact, two of three days failed to sell out. Festivals live and die by their headliners, and this year’s choices were solid. There’s not a stinker among Beach House, Sufjan Stevens, and FKA twigs, but there’s also very little sense that there was a “once in a lifetime” feeling to be experienced. The big reunion get, Broken Social Scene, were fantastic, but not big enough to headline. The big legacy act, Brian Wilson, similarly held down an early evening slot well, but not even John Cusack could push that into a headlining spot. The surprise return of Chance the Rapper proved a boost to Jeremih’s set, but that celebration didn’t push into legendary territory either, more ad-lib fun than jaw-dropping. 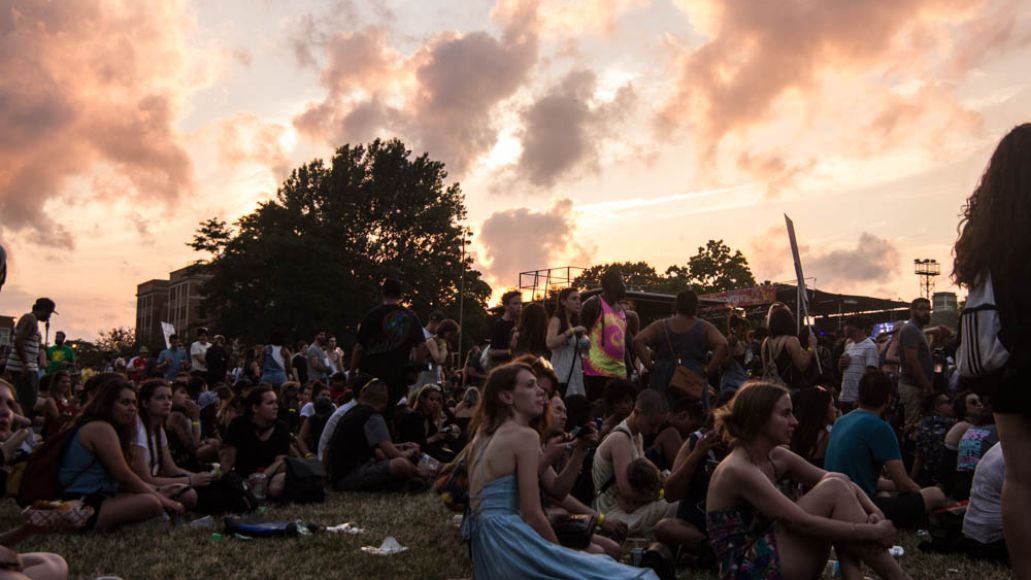 That said, the next set of headliners could be picked from elsewhere in the lineup: Anderson .Paak, Carly Rae Jepsen, and Blood Orange all delivered massive, compelling sets full of energy. In fact, the lower part of the card featured plenty of amazing sets and big moments. From relative youngsters like Twin Peaks to the throwback rap of Digable Planets to 92-year-old Marshall Allen leading Sun Ra Arkestra, there was a little bit of something for everybody. In fact, the reintroduction of jazz into the lineup was a step in the right direction, even if other genres faded some. (A top-tier metal act would’ve been nice and maybe another rap act or two.) That’s kind of always been their M.O., however, chasing a blend of artists and genres that represents the current moment and the allure of posterity alike, something they’ve been largely successful at. One thing’s for certain: Pitchfork Music Festival will continue to shake things up, and next year’s festival will look pretty different. 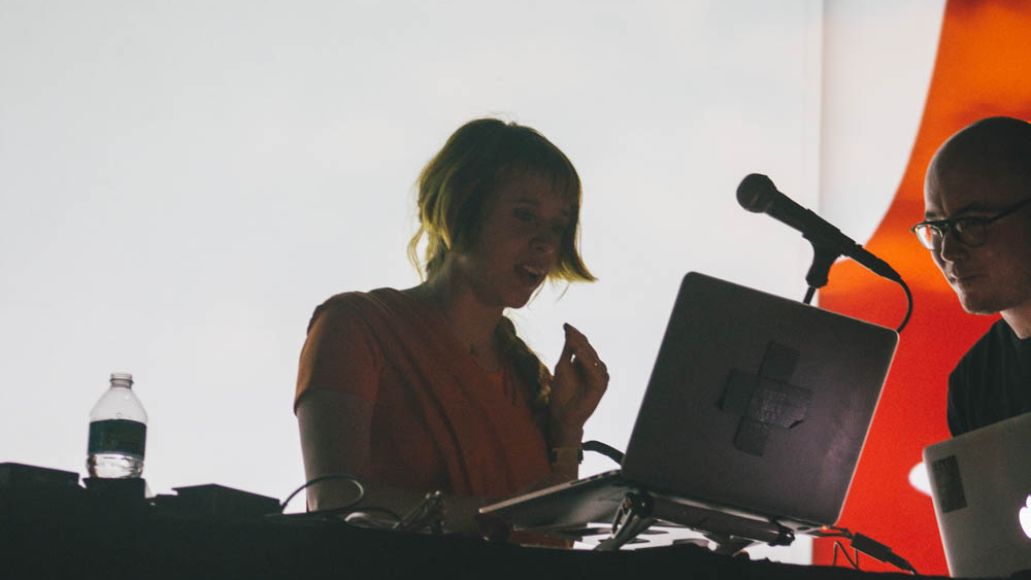 Poor Holly Herndon. When we set about ranking the performances for this year’s Pitchfork Festival, this one was unfortunately a no-brainer and through no fault of Herndon’s own. Already pushed by the Blue Stage’s seemingly perpetual delays, a computer malfunction rendered her set seemingly inoperable. Luckily, her trio’s shows include messages typed onto a large projection screen, straight from the stage. “The computer is green right now wtf,” went one. “This is gruesome,” went another, only exacerbated ironically by the word gruesome being misspelled, erased, and retyped a few times over. “It’s funny as I was just having a conversation about how I abhor seamless electronic music shows where there is so little risk involved and I guess this is what we get for that,” felt particularly telling. After waiting and sending requested positive vibes to the machine, the crowd were offered a few tracks played from iTunes with backing vocals and a sincere apology, as well as a promise that the following night’s after-show would go off without a hitch. Here’s hoping. –Adam Kivel 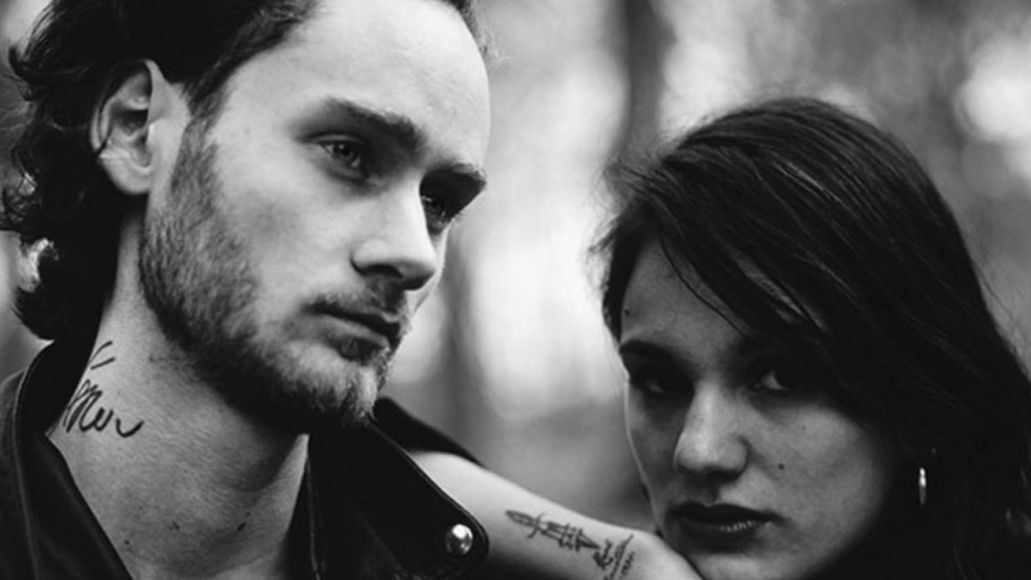 LUH make ballads for the bitter with a hint of pride. Ellery Roberts, former Wu Lyf frontman, and Dutch artist Ebony Hoorn perform together as LUH — an acronym for Lost Under Heaven. A fitting title during their Sunday afternoon slot, which found the pair wrongfully treated when their allotted time of 45 minutes shrunk to just over 15. As you and I know, it takes longer than 15 minutes just to get a beer, but the constant delays on the Blue Stage forced their set into some sort of soundcheck-ish performance. “If the power gets cut halfway through this, come see us next time when we play a real show,” Roberts stung, clearly frustrated. “We came all the way from Amsterdam.” Considering their disappointment, the delivery felt timely. Gothic pop-drenched anthems weaved into Springsteen balladry, the pair sang as if to expel every hint of grit left coursing through their bones. When it was over, the clang of Roberts spiking the mic burst through the crowd — reminding everyone that it felt over before it even began. –Adam Kivel 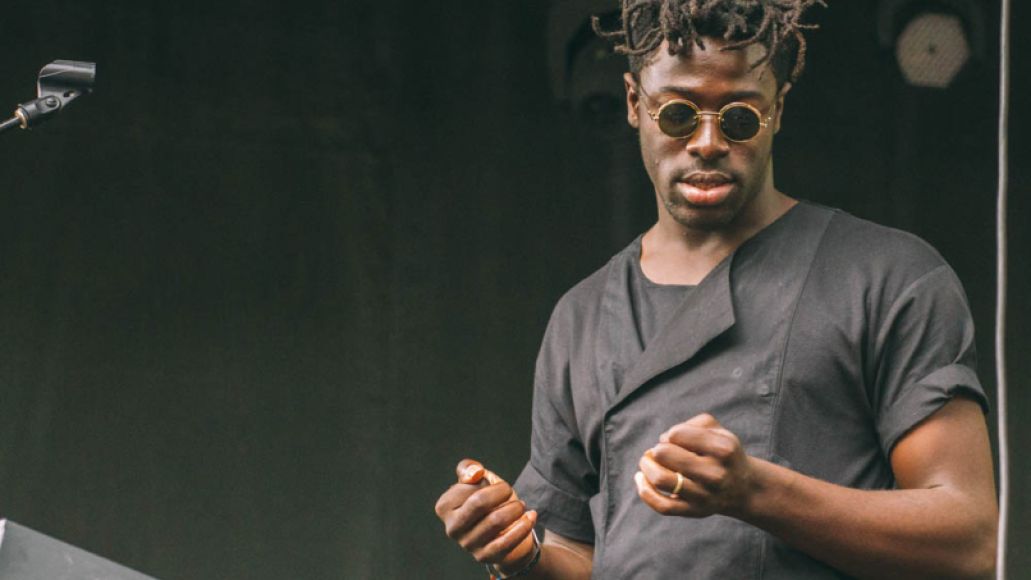 “Well, this is the quietest song in my set,” Moses Sumney smiled while introducing “Plastic”. “Feel free to lean in.” Having Sumney and the rambunctious Twin Peaks overlap became the sonic equivalent of a Smart Car and a pickup truck smashing together. The former’s often fragile, beautiful songs were overpowered by the brash rock from across the park. But come close enough to the stage, and you’d hear the black-caped Sumney’s magnetic voice reach stunning emotional heights. Standing behind a veritable candelabra of microphones, his looping voice reached the sorrowful grit of Nina Simone and the ecstatic falsetto of Prince, all in moments. But even Sumney seemed in good enough spirits to not be affected: “How does that other band sound? I love them, no shade.” –Adam Kivel 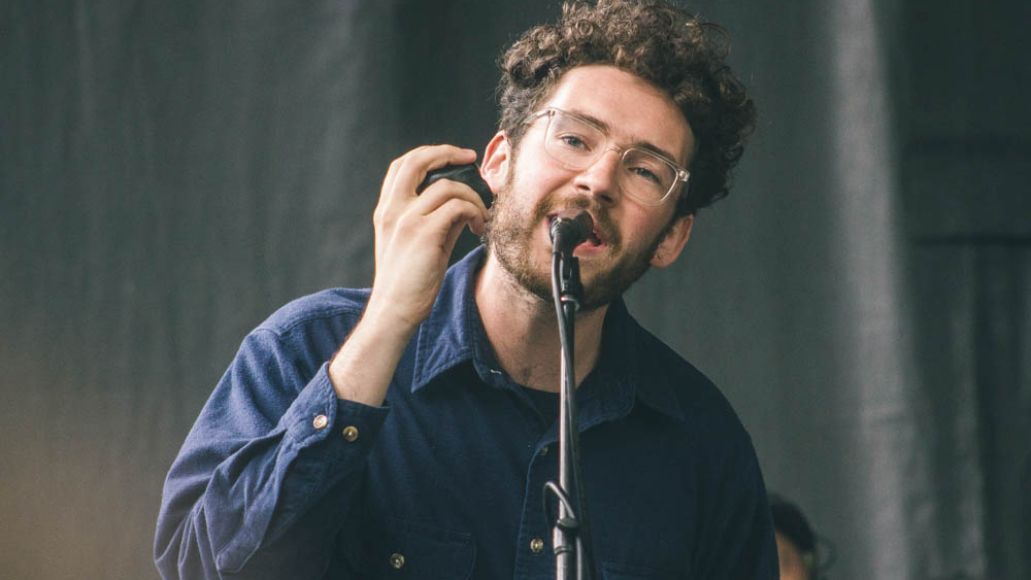 Julian Ehrlich’s voice: It is the conversation’s dividing line when talking about Whitney — who, in a way, made their second straight festival appearance after performing as Jimmy Whispers’ backing band last year. Pinched and wobbly, it works in certain environments. One of those environments is on record, amidst the contrast of full, warm arrangements as heard on their recent debut album, Light Upon the Lake. Another is in the disarmed confines of bars like their home base, Empty Bottle. An outdoor festival stage in the daytime is not one, at least not yet — but to the band’s credit, those strings and brass were right at home. –Steven Arroyo 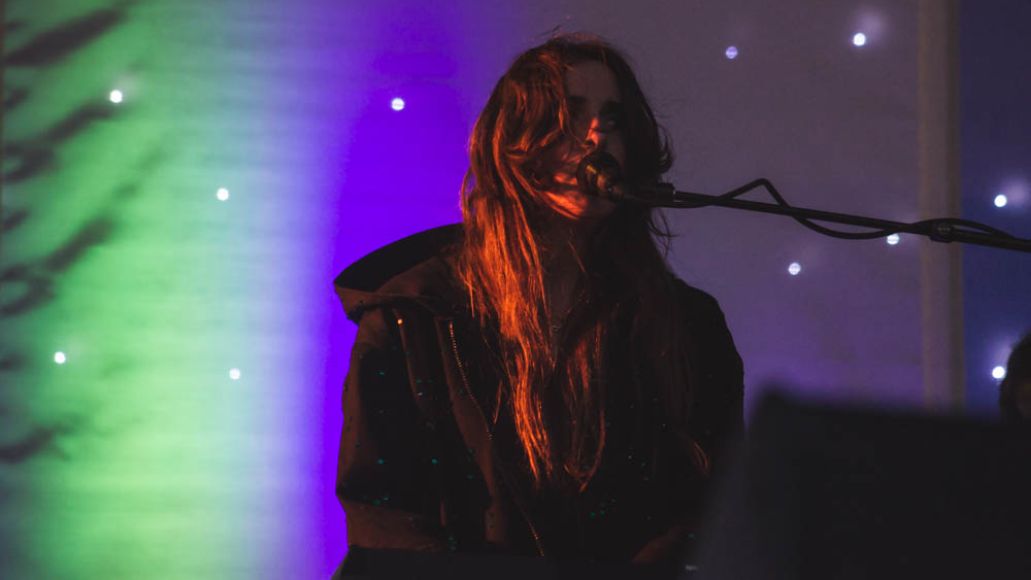 Beach House are the definition of a safe headliner. They were never going to do anything remarkable or offensive and will be considered pleasant to the vast majority of attendees. Best case scenario, you’ve formed a personal attachment to the band and will remember this as an evening of epic indie pop songs under the setting sun. Worst case scenario, you’ll think it sounded nice but a little boring. Songs like “10 Mile Stereo” will always sound fantastic, Victoria Legrand’s lush vocals and Alex Scally’s crystalline guitar swirling into a silver magic. That said, Beach House’s sets are starting to drift into a same-y haze, in serious need of a change-up in tempo or energy. The only trick up their sleeve was a cover of “Everybody’s Gotta Learn Sometime”, a song I heard multiple people call “the one from Eternal Sunshine.” Compared to explosive headliners at other festivals — or even surprise guests and high-energy thrills in sets earlier this same weekend — that’s just not going to win over anyone on the fence. –Adam Kivel