According to several recent posts on Pecknold’s Instagram page (via reddit), preliminary recording is underway with bandmate Skyler Skjelset. Additionally, Pecknold has appeared to confirm the album’s title: Crack-Up.

Pecknold first hinted at the album’s title in an Instagram post last month. In the same post, he also told fans that the band was currently unsigned. “So unless we sign while recording, we’ll be shopping [the album] once it is done and that takes a bit of time,” Pecknold explained. “I’d like to have some kind of thing out by the end of the year if not the full album.”

In a subsequent posting this week, Pecknold discussed the inspiration for Crack-Up, explaining that it was named after an F. Scott Fitzgerald essay of the same name. 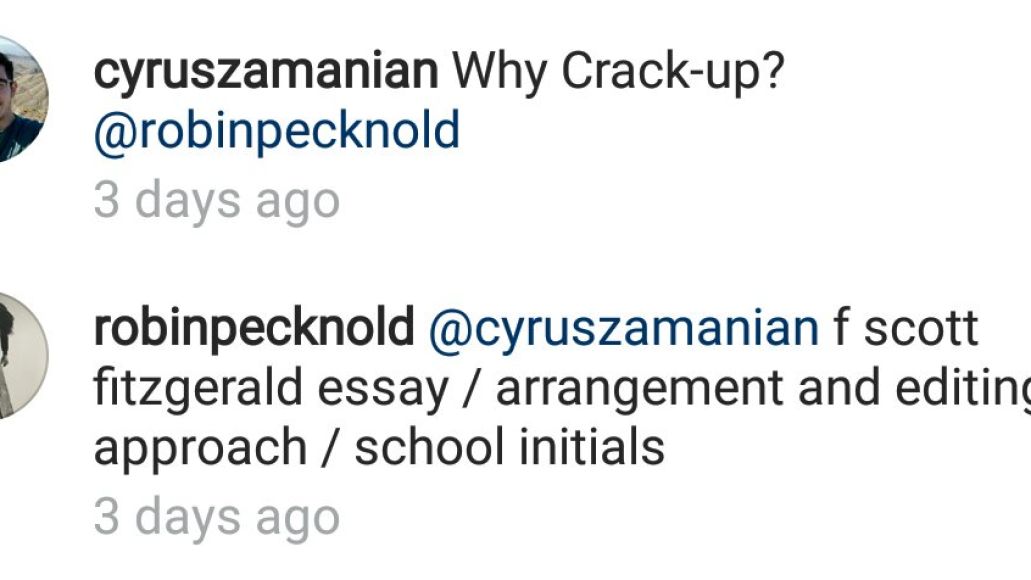 Photos from inside the studio:

During a reddit AMA held in May, Pecknold discussed the direction of the new album:

I don’t want to change genres necessarily – I feel like there was a period from 2012-2016 where it would have been very culturally exhausting to release a “folk” sounding album, considering the climate of Mumford and Sons and the Lumineers etc being so incredibly popular. What were we to do? Try and be as popular as them and change the music? Switch genres in reaction to that zeitgeist, which would be sacrificing my tastes just for the purpose of Othering ourselves from them? I didn’t want to be working from a place of Reaction but from a place of Action and that was just impossible to do in those years considering what Fleet Foxes had come to mean and what had happened after. That has all died down so I don’t feel weird being in a “folk” context, but I also don’t feel weird about making something that doesn’t sound “folky” because it wouldn’t be just to distance ourselves from that sound. I just think Reaction is a bad place to be and can result in whack art that you don’t really believe in.