Despite the fact that John Frusciante’s last album with the Red Hot Chili Peppers was 2006’s Stadium Arcadium, fans often still make it a point to compare his work with replacement guitarist Josh Klinghoffer. And the comments are really starting to get on Klinghoffer’s nerves.

“Of course it gets annoying,” Klinghoffer, who officially joined the band in 2009, tells Metro News (via Ultimate Guitar). “On one hand, it’s an honor for me to be part of this band and be mentioned in the same breath as Frusciante.”

“But all these comparisons are simply absurd,” he says, before going on to describe those commenters as “idiots.” “Because we are two totally different people. I have never tried to emulate his technique. And, of course, I was not trying to get him to leave the band.” 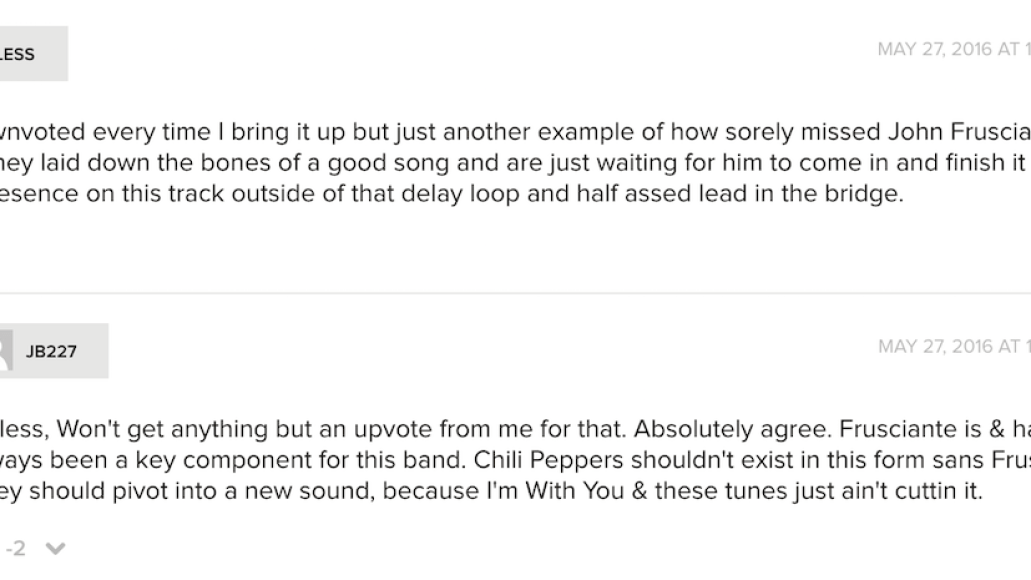 While he and Frusciante used to collaborate, Klinghoffer notes that their bond, musical and otherwise, has since deteriorated. “It’s not good, and not bad. I would say there’s no relationship at the moment.”

“He tried as much as possible to distance himself from the band and I had to learn to live in it. We have not fought, our paths just diverged somehow. I think someday we can talk again.”

The Peppers recently put out their 11th studio album in The Getaway.

Josh Klinghoffer says only "idiots" compare him to John Frusciante