Dusting ‘Em Off is a rotating, free-form feature that revisits a classic album, film, or moment in pop-culture history. This week, Dusty Henry looks back at the legacy of Pearl Jam and Soundgarden’s grungy supergroup, Temple of the Dog, to celebrate the 25th anniversary of the band’s sole record.

Even in the era of festival reunions, Temple of the Dog reemerging feels like a shock. It’s been 25 years since the supergroup released their sole record, and aside from a few shows at their start and the occasional Chris Cornell appearance at a Pearl Jam show to sing “Hunger Strike”, the band have never toured. The only way to experience Temple of the Dog was through a stereo. Come November, that will change when they play a short stint of shows across the country.

It’s the one grunge relic that, until now, has been left virtually untouched. In many ways, it’s a sacred record, one hard to critique because of the inseparable emotional bonds that led to its creation. Hidden between the bluesy guitar riffs and Cornell’s soaring, otherwordly vocals is the story of a city and the musical community within it. Death, doubt, and healing are all present. It’s a fine listen on its own without context, but to truly appreciate the record means diving into the circumstances that would lead up to it. Then the album’s true legacy slowly starts to reveal itself and the story gets larger than previously thought.

“…From the mouths of decadents…” 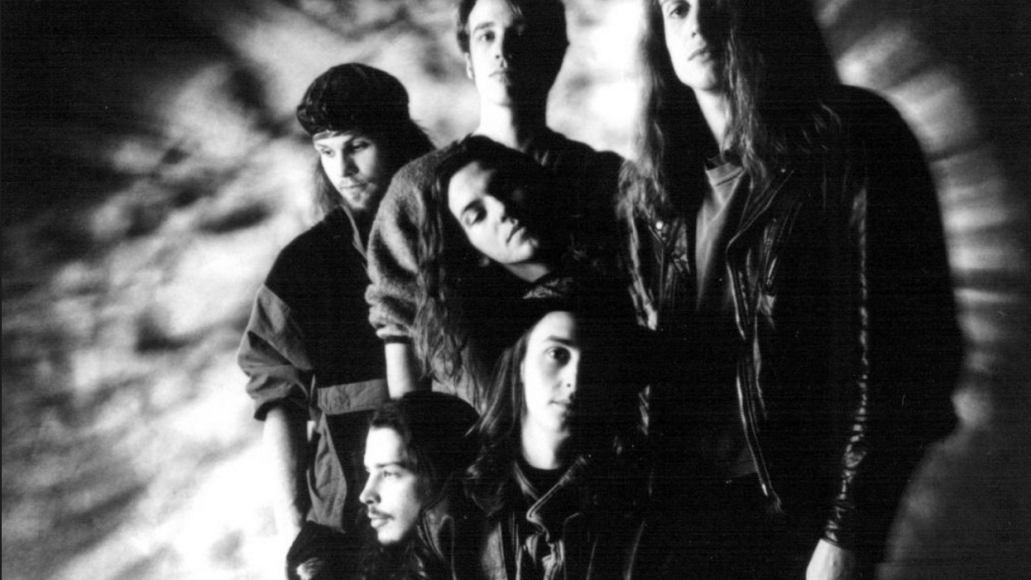 No other record encapsulates that era of Seattle music better. Not the sonic assault of Superunknown, not the hard rock reimagining of Ten, and certainly not the immaculately hook-driven Nevermind. Those are all wonderful records that have earned their place in modern rock history, but they only tell part of the what happened. Temple of the Dog is essentially an origin story for the genre.

Before grunge would become “a thing”, there was Mother Love Bone. Fronted by Andrew Wood, the group represented the missing link between the hair metal of the ‘80s and the edgier sounds of the ‘90s. They were local idols — the band that seemed most poised to breakthrough. Just before releasing their 1990 debut album, Apple, Wood overdosed on heroin. Three days later, he would pass away in a hospital.

Enter Chris Cornell. At this point, Cornell and Soundgarden had already built a trajectory, with two full-lengths under their belt and co-signs from underground tastemakers Sub Pop and SST. Cornell was also Wood’s roommate. After Wood’s death, Cornell toured Europe and began writing songs as a tribute to his friend. He brought these to Mother Love Bone’s Jeff Ament and Stone Gossard, and what was meant to just be a couple songs without any intention of recording turned into a sort of therapy.

And then it turned into a full album. They’d take their name from the lyrics of one of Wood’s most poignant songs, “Man of Golden Words”. They would also reference MLB’s “Stargazer” on one of the first tracks Cornell wrote for the project, “Say Hello 2 Heaven”.

Vedder was in town to audition for what would become Pearl Jam and ended up contributing vocals to the soon-to-be ubiquitous single “Hunger Strike”. Released before Ten, it was the first time the public would hear a hint of what was to come, and it’s a passing of the torch that feels pulled out of the Singles script. Still, Temple of the Dog wasn’t an immediate success. It wasn’t until both Pearl Jam and Soundgarden erupted into the public conscious in 1992 that the record label opted to make a big push behind the record, especially for “Hunger Strike”. By then, Seattle was being recognized and Wood’s story would finally be heard. The band never toured and never wrote a sophomore record, adding to the reverence of the project. But the record’s story never stopped being relevant, and to best understand it, it’s crucial to understand what Seattle is today.

“…But I can’t feed on the powerless…” 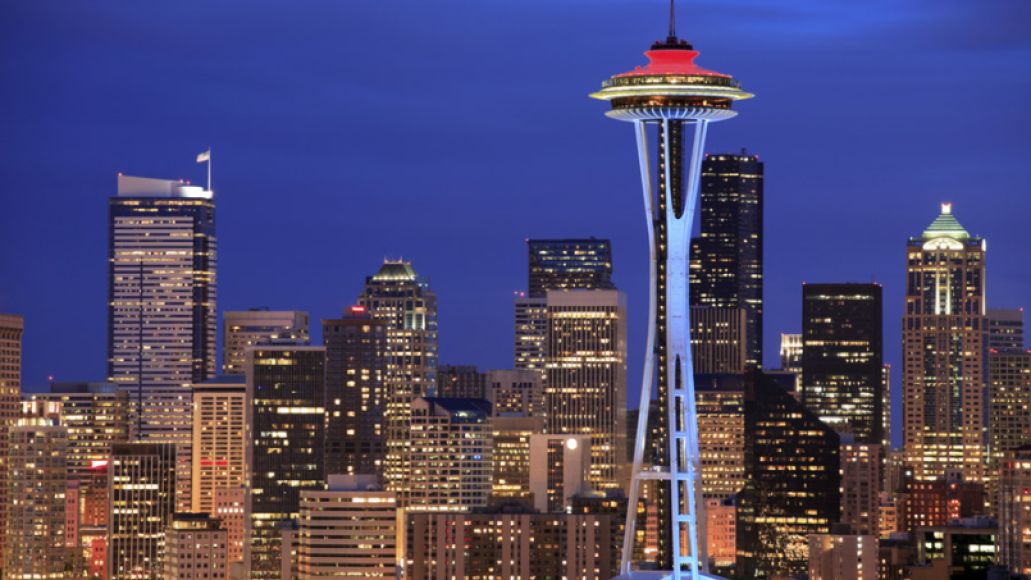 Growing up in a town just outside of Seattle, I steeped myself in the history of a city I admired from across the water. I’d listen carefully as my mom would recall hearing “Smells Like Teen Spirit” for the first time and would take mental notes as my dad and godfather recounted the importance of bands like Mother Love Bone. It felt like studying mythology, only with a lot more plaid and long underwear. It imbued in me a sense of pride in where I’m from. When I finally moved to Seattle for college and started getting involved in the local music community, I was surprised to discover that grunge was seen more as a punchline than a rallying point. Not that people thought the music was bad or embarrassing, it was just so overblown and everyone was tired of hearing about it. Self-consciously, I’d roll up my Kurt Cobain poster in my dorm room and stow it away.

These moments represent the generational divide on the grunge era prevalent in Seattle. For those who were there, it’s nothing short of iconic and there’s unending pride — it’s the last “great era” in their eyes. It’s not just a testament to the music, but to what that scene represented. It was an act of rebellion that spoke to the disaffected youth; the musicians looked like they could be your neighbor; there was no pretense and that was refreshing. Now, those bands come back to town and play prestigious venues like Benaroya Hall and invest in high-end bars where people can proudly say, “Did you know Mike McCready owns this place?” None of that is really wrong or even “selling out.” These bands have earned their spots as local heroes and the grown-up Generation Xers should gladly soak in the nostalgia. But to be young in Seattle and hear about these bands all the time gets tiresome. Even as a devout fan of that era myself, it can be taxing.

And, look, a lot of aspects from that era haven’t aged well. Not necessarily the music itself, but the culture around it. Once the music hit the mainstream audiences, corporations were quick to cash in on it with “alternative” marketing campaigns that are instantly mockable. Nothing encapsulates this more than pieces like this Bud Light ad:

Last year, local artist and Sub Pop employee Derek Erdman created a Facebook event to gather people to watch Cameron Crowes’ Singles at the house featured in the movie. Not just that, but it’d be screened on VHS with a single TV/VCR combo. Thousands of people RSVP’d, the landlord got pissed, and the event was canceled. Just reading through the comments on the event page is probably the most distilled representation of the irony on how most younger locals approach the Seattle of the ‘90s. People weren’t rallying together because of their admiration of Matt Dillon’s performance as the Citizen Dick frontman. People signed up for the absurdity.

No one likes to be pigeonholed into one thing, but that appears to be what happened. In film and commercials, Seattle is still depicted as a dreary, alt-rock haven where everyone always has a cup of coffee in hand and plays hacky sack. And while not all of that is wrong (except for maybe the hacky sack bit), Seattle is much more than that one era and a lot of the current arts culture is a reaction to those stereotypes. Even still, the roots that Cornell and co. planted still run deep into what the city is today.

“…When my cup’s already overfilled.”

What does Temple of the Dog mean today? Is it just an historical document with some killer riffs or something more? Musically, it’s no more influential than any of the work that Pearl Jam and Soundgarden did on their own. Nobody’s ever listened to a band, especially now, and said, “Wow, they’re really pulling from Temple of the Dog.” Instead, the band’s legacy is played out thematically. It set a precedent for community among artists.

Seattle is far from the only city to have crossovers within their scene. However, the practice of communal support has become inseparable from every wave of music in our town since Temple of the Dog came and went. It was only a few years later that members of Pearl Jam and Screaming Trees came together with Alice in Chains’ Layne Staley to form Mad Season. That band’s sole record, Above, would carry a similar narrative to Temple of the Dog — conceived partially with the intention of helping Staley get sober before he’d succumb to drug addiction and pass away in 2002.

As grunge was brushed away in the late ‘90s and early ‘00s, indie rock would take its place. Still, the collaborative spirit couldn’t be shaken. Just looking at the cast of musicians who passed through Pedro the Lion’s lineup is a “who’s who” of Seattle favorites, featuring everyone from Ben Gibbard to members of Fleet Foxes. Pedro band leader Bazan would also crossover to produce and play on records for Rosie Thomas, Rocky Votolato, and Damien Jurado. Jurado, in turn, would become a figurehead for the folk-rock boom of the late ‘00s, frequently appearing at a now-locally famous open mic at the Conor Byrne Pub, which would spur acts like The Head and the Heart and singer-songwriters like Bryan John Appleby. It would be a rare occasion to not see these bands hopping on stage at each other’s shows to sing backup vocals or to provide handclaps and foot stomps.

Today, we’re closer to the ‘90s than many may want to admit. A feminist-driven rock scene has emerged with smart, witty bands like Chastity Belt, Tacocat, Wimps, and Lisa Prank becoming fixtures at local clubs. Last year, the supergroup Childbirth released their full-length debut, Women’s Rights, which feels as much like an embodiment of the current scene as Temple of the Dog does for the grunge period. Tonally they may be different, but they both succeed at capturing a specific moment in time within the Emerald City.

Undoubtedly and rightfully, Temple of the Dog’s record will first and foremost be looked at as a reflection on Wood’s life. That’s important and a key moment in one of rock music’s major turning points alongside the visage of Cobain’s anarchic pep rally. But time never stops moving forward, and we keep getting further and further from that point in time. It’s sad to think that fewer and fewer people who hear Temple of the Dog for the first time will remember who Wood was, but the record’s impact on the community is a beautiful tribute in itself. After all, it’s a celebration of life and using the act of making music together for healing.

That’s a legacy that will always endure outside of time.

Say Hello To Heaven: Temple of the Dog Turns 25