You want to talk about signs? The night before Con Brio was scheduled to begin recording their first full-length album, frontman Ziek McCarter saw his father in a dream. The elder McCarter had been killed by police in 2011, but he returned to his son with a message that seemed to set the tone for Con Brio’s forthcoming album: “Come with me to paradise.” Who knows what kind of album the San Francisco 7-piece might have made if McCarter had never received that strange visitation, but the one they did make is a powerful testament to the soul and a celebration of the Black Lives Matter movement that comes at a time when we sorely need it.

Whether they’re riding on the wings of love in “Eagle Eye” or rising above the struggles of the inner city on “Hard Times” (a kind of sequel to the Baby Huey song of the same name), Con Brio never stop bringing the soul and the heat on their debut full-length. The only trajectory on this album is up, up, up, whether you’re talking about the inspirational lyrics sheet or the fact that the band seems pretty much destined for stardom at this point.

“Whether it be during our high-powered festival performances, or on your daily music playlist, we couldn’t be more excited to share Paradise with the world,” says McCarter. “For us, Paradise is a space we create in our lives. A space decorated with our acts of growth, love, and liberation.” Con Brio will be spreading their message at Lollapalooza, Outside Lands, Montreal Jazz Fest, and elsewhere this year. Check out the exclusive full stream of Paradise below, and pre-order it here. 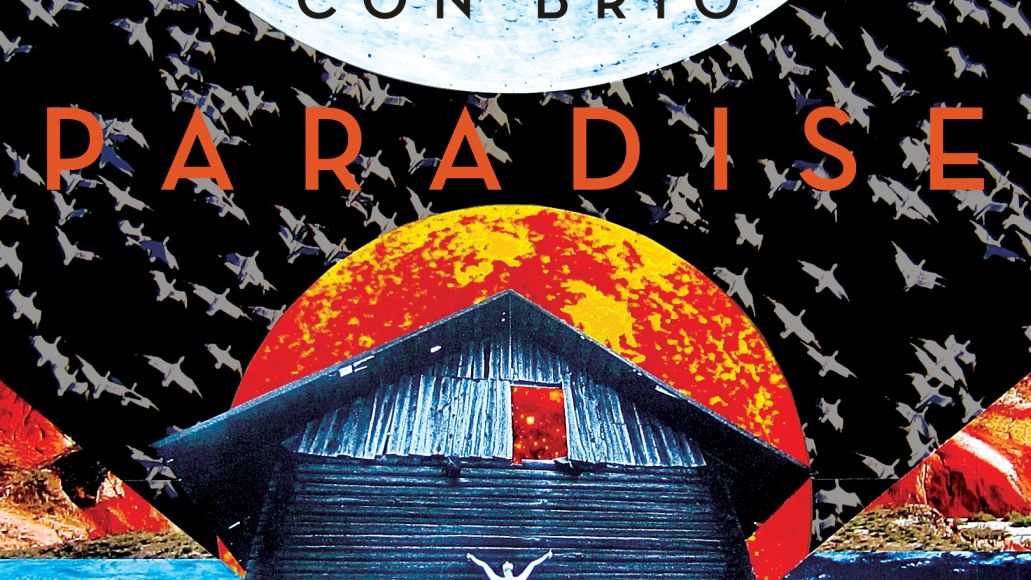