Needless to say, the overall vibe of the clip and the jovial nature of the panel suggest that things really aren’t so dour and conflicted as the reshoot reports suggested earlier this summer. If anything, the film looks even more brutal.

Due in theaters on December 16th, 2016, Rogue One sees a band of ragtag Rebel fighters, led by Jyn Erso, embark on a mission to steal plans for the Death Star. The events in the film take place prior to the original Star Wars trilogy.

Watch the video above and start counting down to 12/16. In anticipation, you can save the film’s new official poster below and use it as a desktop wallpaper, or print it out and put it on your bedroom wall, or whatever you want: 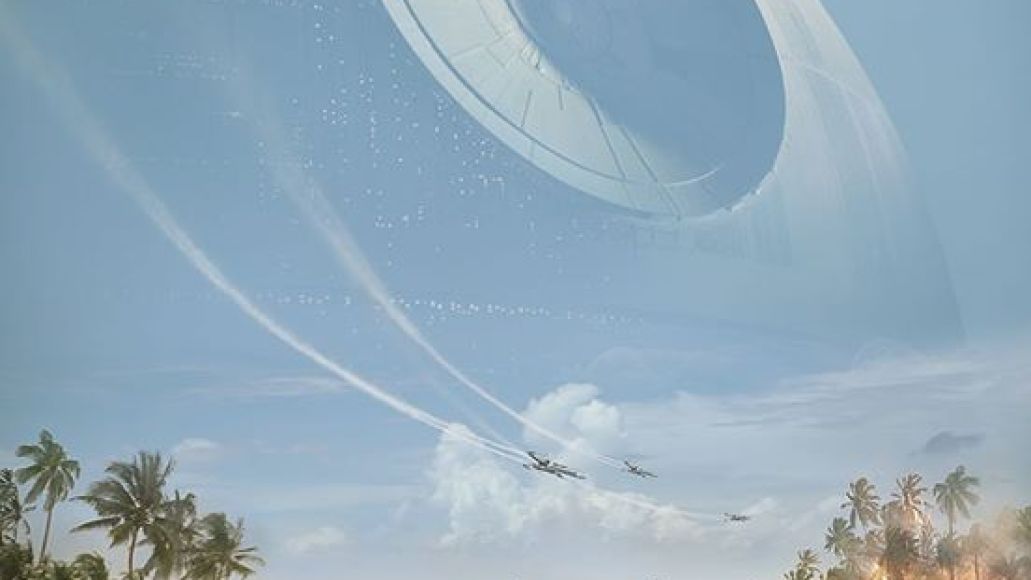 May the Force be with us.

Update: You can re-watch the panel live stream below. Scroll to the 3:00:00 mark for the Rogue One panel.