Prior to Tuesday evening, I’d never set foot inside a professional football stadium. Hell, I only went to one homecoming game in college. As I got escorted in along with the other photographers, the sheer scope of my surroundings sent me into a bit of a giggle fit. Not only was I on the ground floor of one of the biggest venues in the East Coast, but it was New Jersey’s MetLife stadium, and I was there to see Bruce Springsteen and the E Street Band. Even as a Patriots fan, I could appreciate the magnitude of what I was getting myself into.

Besides, I’d only seen The Boss once before — seven years ago at Bonnaroo. The field stretching out in front of The What Stage is massive, larger even than MetLife. But it can’t hold a candle to the enclosed nature of a giant venue like a freakin’ football stadium. Comparatively, MetLife is downright intimate. Primed as I was for a memorable experience, I wasn’t expecting that.

Nor was I expecting the set Bruce and the Band delivered. This was the start of the second leg of The River Tour, after all; I’d prepared by spinning the classic double album a handful of times in the days leading up to the show. I admit I’m not as familiar with the album as Darkness On the Edge of Town or even Wrecking Ball, but I had gotten into the mindset of expecting the record to take up most of the set. That’s what had been happening on most of the tour, after all. But it didn’t happen here, and considering the location, that might have made this an even better show. 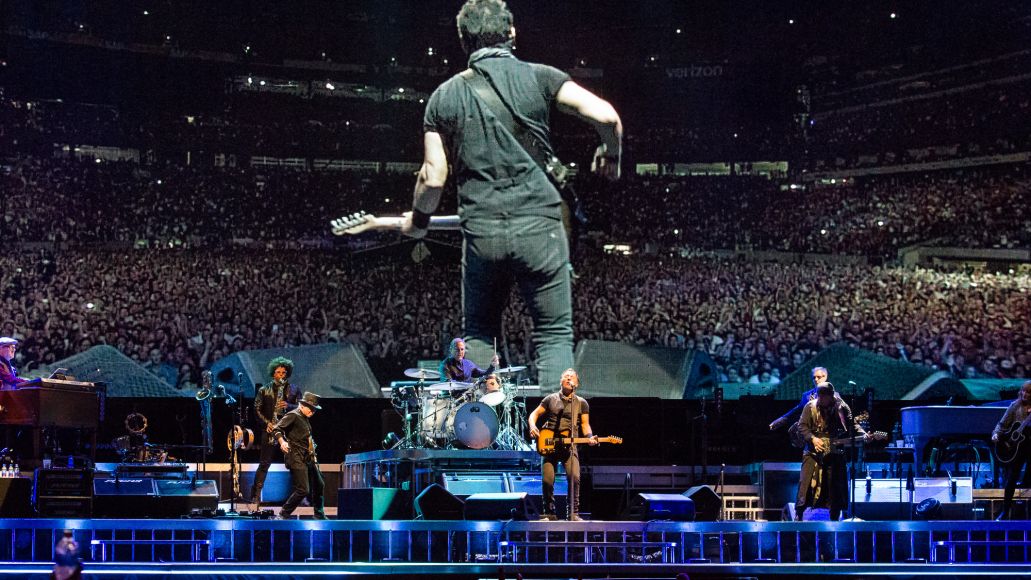 Nothing in music is quite as synonymous with New Jersey as Bruce Springsteen and the E Street Band. Watching the iconic outfit perform in their home state’s largest venue should be something more unique than what they did at Brooklyn’s Barclays Center a few months earlier.

And it was. Oh, it was. Maybe it was just me: Springsteen is one of the first artists I could say I loved, back when my dad made me a fan playing Born to Run and Born in the U.S.A. on car rides.

But I think it was just Bruce. Even the MetLife cleaning crew couldn’t help but stop and clap along during the set. I obviously can’t say what it’s like to see a Springsteen show outside of a massive festival or a triumphant hometown stand or how it compares, but I can say this: This was a concert to remember. It was a fan-pleasing, hit-stuffed, icon-worthy show from a legendary group of musicians in their own backyard.

It was a gargantuan presentation of classics inside an equally gargantuan space. There were countless moments that filled fans heart as completely as they did the venue, and breaking it down to 10 can only do it so much justice. But I tried, and you can read on to see why over 80,000 fans left MetLife Stadium with memories and smiles equally indelible.

Everything not off The River 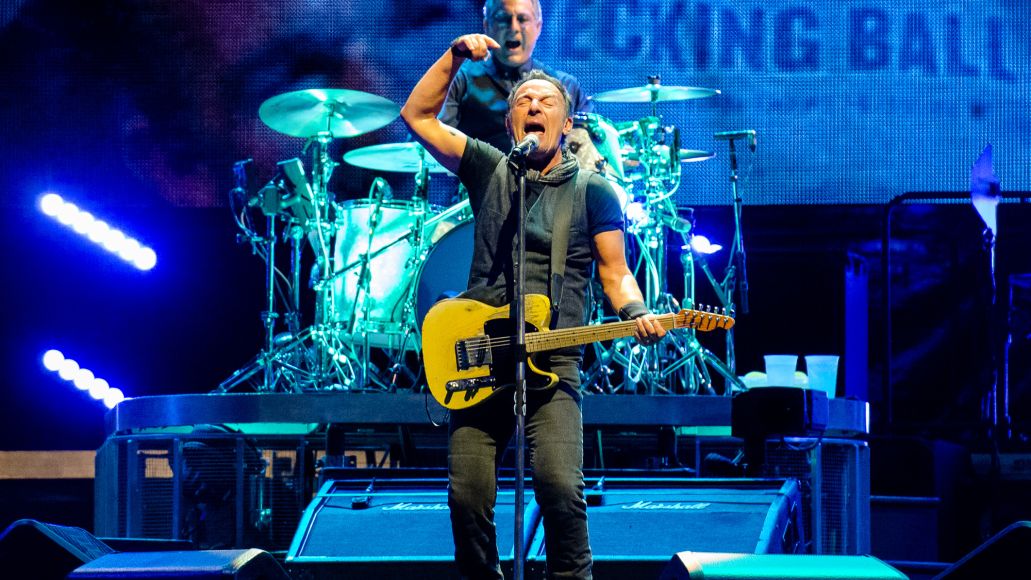 This is the second half of The River Tour, and the second time it’s come into the general New York City area. That’s probably why the setlist didn’t rely as heavily on the tour’s namesake album. There was plenty of The River to be heard, but it wasn’t as centralized as past stops on the trek. Which is fine, really, because it gave room for Born in the U.S.A. (“Darlington County”, “Working on the Highway”), Born to Run (“She’s the One”, “Jungleland”), and Wrecking Ball (“Death to My Hometown”, “Jack of All Trades”) to take up a fair amount of space. Sure, it would’ve been nice to hear “Ramrod”, “Jackson Cage”, or “Two Hearts”, but “Ties That Bind”, “Hungry Heart”, and “Independence Day” were plenty enough to feel like we all took a dip in The River. 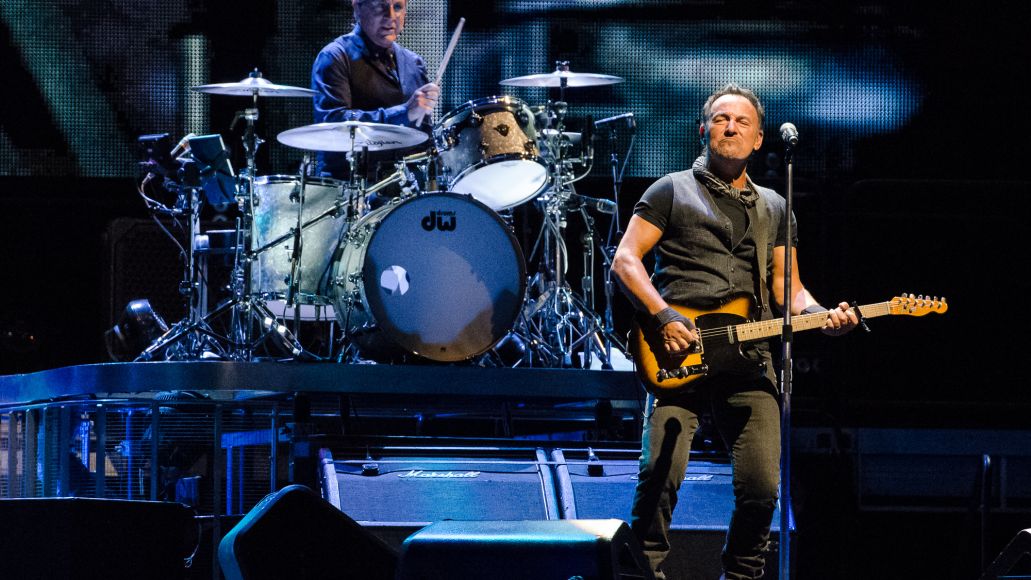 The Boss is New Jersey, as much as any musician ever has been or can be. The crowd cheered heartily at every mention of the Garden State — from lines about The Rangers and the Jersey state line in “Jungleland” to his story about going to the Jersey Freeze for broken ice cream cones. (“How many of you have been to the Jersey Freeze?” Springsteen asked, delivering the warmest of grandpa chuckles at the response. “That’s hysterical.”) “Wrecking Ball”, of course, was written about the then-impending destruction of the old Giants Stadium; the lyric, “Now my home was here in the Meadowlands” sent the audience into hysterics. I remember that song coming out in the context of a post-Occupy rally cry, and it not having the warmest reception from die hard Springsteen fans. On this night, however, it was a glorious anthem of Jersey strength.

“Santa Claus is Coming to Town” 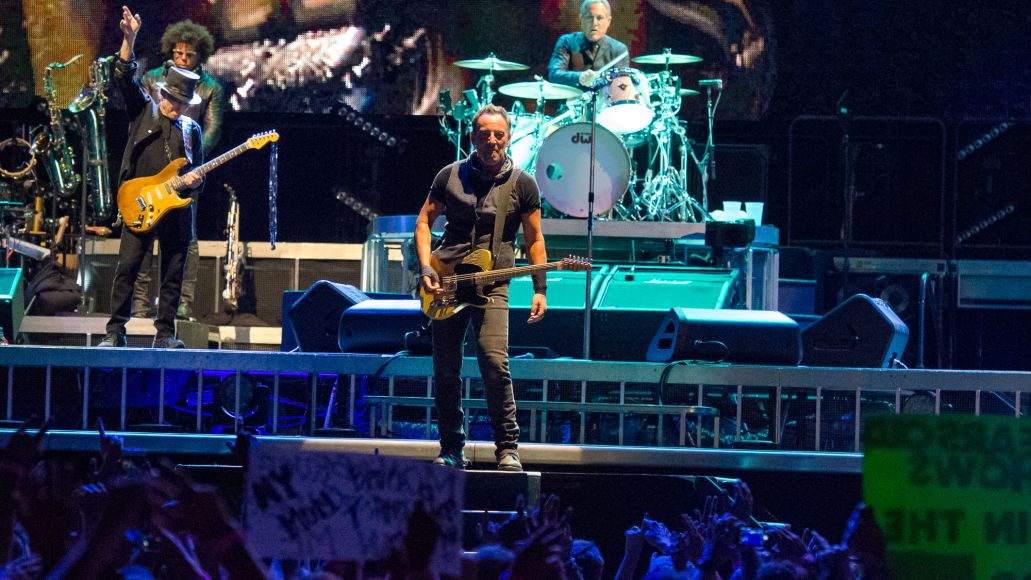 The sign request is a trademark Springsteen move, and after “Spirit in the Night”, he pulled up a whole bunch of fan-made posters. He held them up to the camera and chose what to play based on fan response; perhaps to his own surprise, “Santa Claus is Coming to Town” beat out “Jersey Girl” and “Burning Love”. But the crowd spoke, and the Boss listened. “A perfect summer song,” he quipped.

Then came another Springsteen trademark when he invited the sign maker up to sing along. “Where is your Santa suit and hat?” Bruce asked. The guy was wearing a white Oakley hat and a Super Bowl tee, but Bruce forgave him that. “Alright, come on up. Can you sing? We hope you can.” His hopes were answered, because the seemingly nerves-less fan shared a mic with the Boss and did a fine job, even holding down the lower “So you better be good for goodness sake” with relative pitch perfection.

Too bad he had to go and spoil Bruce’s good time by requesting a picture before he left the stage. “Why the selfie? Why always the selfie?”

“Spirit in the Night” 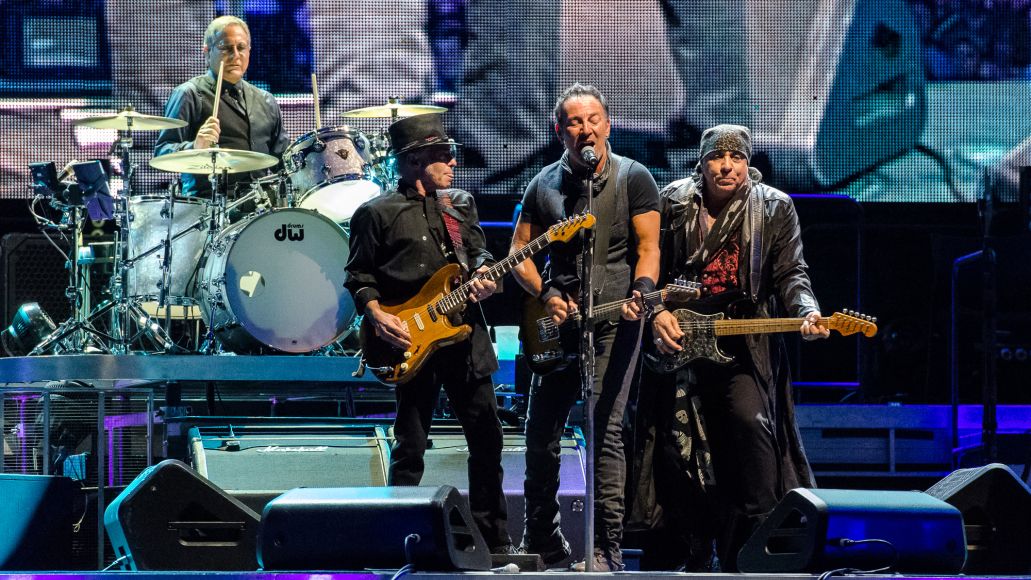 This is purely a personal highlight, so bare with me. I don’t come from a tight-knit family, but we’re trying. Hours before the show, my dad and I got into a pretty annoying argument — I’ll spare the details. The thing is, he’s the one who introduced me to Bruce, so I wouldn’t have been as excited for this concert if it weren’t for him.

After shooting the first three songs, I was made to walk around the entire perimeter of the stadium to get to my seats, forcing me to miss a handful of songs. When I finally got to my section, the band was just going into “Spirit in the Night” — a family favorite for literal decades. Before I even began taking notes, I called my dad and held my phone above my head. It was my way of telling him we were good, and thanking him for passing down a love of Springsteen, even if our own love gets testy at times.

The Setlist Makeith the Man 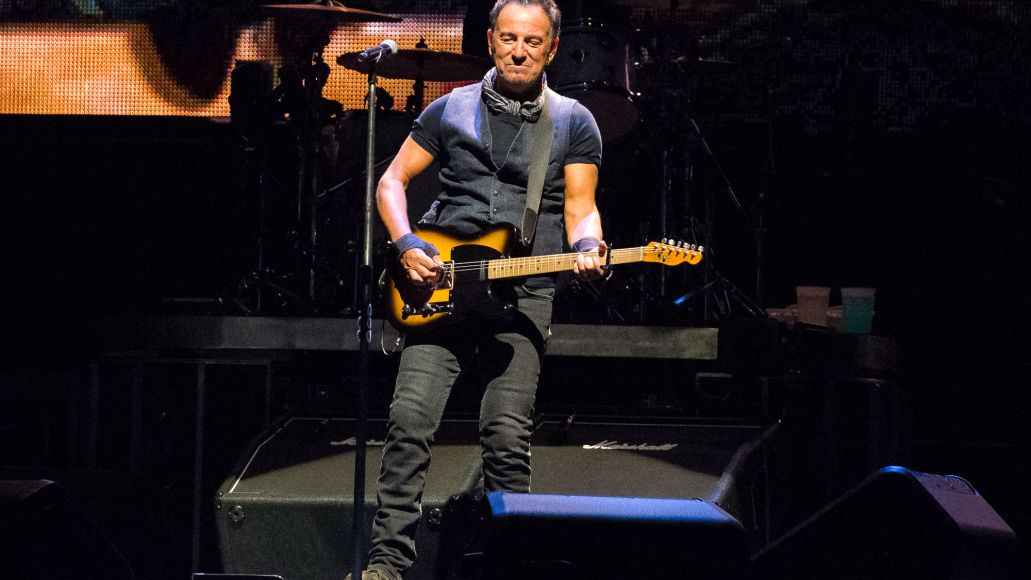 You’d think with such a vast catalog, set structure might suffer in favor of song selection. Bruce demonstrated how to do both with equal success, most noticeably in the slower middle section of the night. Besides the tour-requisite “The River”, each of the four downbeat numbers showed how truly vital and, to an extent, timeless Springsteen remains as a songwriter. “Jack of All Trades” (a tour debut), “My Hometown”, and “American Skin (41 Shots)” all echoed too well in modern times, the latter bringing actual chills as the band extended the final, heart-crushing refrain. Though The Boss let those potent moments sink in, he didn’t let them drown the show, exiting the somber section with a perfectly timed “The Promised Land”. Being led along such an emotional path was pure artistry.