For the first time in 25 years, composer Angelo Badalamenti’s original score for the David Lynch cult classic Twin Peaks is about to receive a brand new vinyl reissue. Announced way back in 2014, Death Waltz Records recently confirmed an August 10th release date (September 9th in retail stores). Now, with just two days to go, the label has revealed the full contents of the long-anticipated package (via Welcome to Twin Peaks).

The 12-inch vinyl will come in a gatefold sleeve with lyrics and liner notes by Badalamenti himself. Lynch gave hands-on approval of the Sam Smith-designed cover art, a die-cut jacket paying homage to the tiling in the show’s Black Lodge. New masters were cut from the original Warner archives and the records were pressed on “Damn Fine Coffee” colored vinyl.

“I’m glad that after 25 years, Death Waltz Recording Company has re-released the original soundtrack for Twin Peaks for a new audience to enjoy,” Badalamenti said. “This is my defining work as a composer and I’m happy it will get a fresh listen.”

Ahead of the in-store release, 20 record stores across the US will hose “Coffee & Cherry Pie Pre-Sale” evenings on September 6th. Fans can also order online via Mondotees beginning at noon CST on August 10th. The reissue will retail for $23.00.

Below, find the complete tracklist and a look at the vinyl, plus the list of stores participating in the preview events. A new season of Twin Peaks is set to air on Showtime next year. 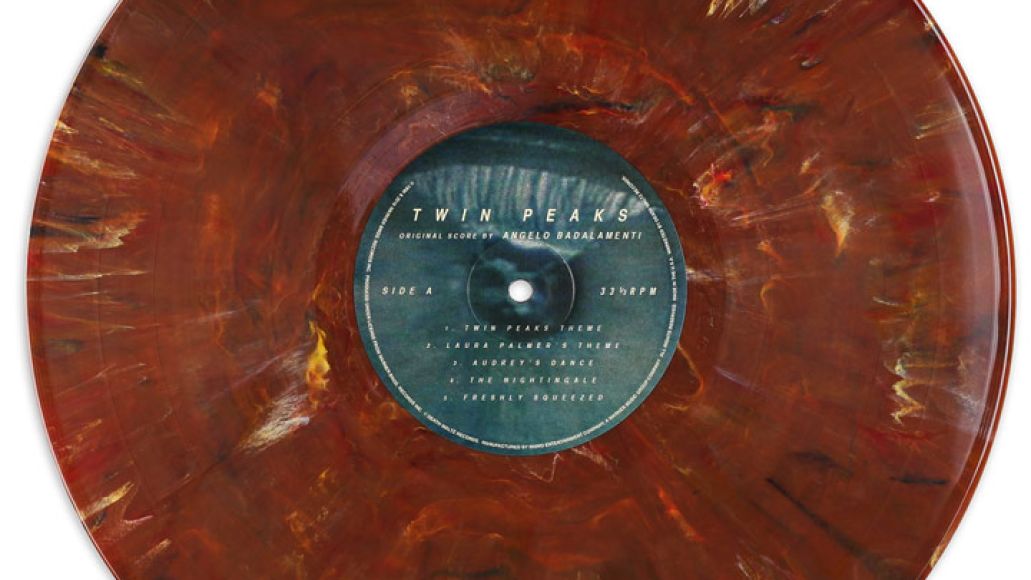