John Krasinski’s second directorial feature, The Hollars, is a film so unnaturally pleasant about everything from brain tumors to home invasion to unplanned pregnancies. It wouldn’t be entirely impossible to read the film as a sort of riff on the Sundance-friendly, middle-class indie dramedy that’s increasingly become the calling card of American independent filmmaking in recent years. But there’s no Rick and Morty-esque deconstruction of the existential nightmares posed by facile comforts here. Just yet another in the growing canon of films about a young man who returns to the quirky circumstances of his upbringing to discover who he really is, through a mixture of laughter and hardship.

That the former overwhelms the latter is at the heart of what ails The Hollars, which for its familiarity is at least kind enough to assemble a cast of substantial merit. Krasinski plays John Hollar, the well-groomed youngest of the Hollar clan. He moved to New York some time ago to pursue his dream as a graphic novelist, but has found himself in a dead-end administrative job instead, and facing an uncertain future in the face of his girlfriend Rebecca (Anna Kendrick) getting pregnant. One morning, John gets a call. His mother Sally (Margo Martindale, elevating the film by her very presence) fell in the bathroom, disoriented. It’s discovered that she’s had a brain tumor for some time, and will need immediate surgery. There’s only one thing left for John to do, now. He has to go home.

The notion of “going home” has become a cornerstone of so many modern indies, and The Hollars works double time to make John’s small-town Ohio berg as quaint as imaginably possible. It, like most towns in movies like this, is populated with a litany of “characters.” John’s father Don (Richard Jenkins, twitchy and comic) is struggling in the face of Sally’s illness; he’s overcome by all the signs he missed, to say nothing of the oncoming collapse of his long-running family company. His brother Ron (Sharlto Copley) is trapped in a state of arrested development, desperate to remain in his daughters’ lives after a divorce and resentful of the new man in the picture, the placid Reverend Dan (Josh Groban). And there’s the matter of Gwen (Mary Elizabeth Winstead), the “one who got away” who brings everyone except for John a great deal of concern, and her paranoid boyfriend (and Sally’s nurse), Jason (Charlie Day).

Yea, it’s a motley crew of salt-of-the-earth middle American types, and if Jim Strouse’s (People, Places, Things) frequently cloying screenplay underlines these tropes to a comical degree at times throughout the film, the cast on hand does fine work with frequently thin roles. In particular, Martindale and Jenkins excel as a couple trapped at the impasse of realizing all the things they probably won’t manage to get done at this point of their lives. The film’s standout moment sees Martindale stroll through a story of the now-dilapidated Fox Theatre in Detroit, and how its better days became a symbol of her freer years. Eventually, it turns into a wistful reminisce about the roads left untraveled in life, and it lends sincere gravitas to one of many characters that’s often treated as a conduit for the emotional turmoil of others. The same can’t be said for some of the film’s performers; Winstead is criminally underused in what’s virtually a nothing role in terms of importance to the film, and Kendrick in particular is typically charming but exists as a proxy for John’s internal conflicts and little else.

The Hollars deals in weighty personal tragedies, and yet neither the treacly, offbeat humor nor the moments of more straightforward pathos tend to work for any real length of time. The film functions best in small incidents, as with a tender sequence in which John shaves his mother’s head to prepare her for surgery, but its overall story has the emotional subtlety of an hour-long teen melodrama. It is a film that foregrounds its lessons about the importance of family and one’s roots early and often, from Ron’s repeated early invocation that “you don’t call anymore,” to a scene in which John returns to the tire swing by his favorite pond, only to have it snap under what one can only assume is the weight of his adult problems.

While Krasinski gives a fine if generally bland performance, the film’s obsession with John’s struggles over the others in the film begins to drag it down after a while. He’s not a unique enough character to warrant the film’s constant insistence that he’s an overachiever just waiting to be tapped. (“Let’s face it, I’m not an artist” isn’t the most compelling source of internal drama.) The film attempts to shake up its increasingly grating familiarity by adding flourishes of subdued “irreverence” as it goes on, whether in the form of a crucial commute made via hearse or the escape of a soon-to-be surgery patient to have a proper meal of something other than hospital food. But even a gently dark sense of humor has become its own cliché, and rarely does The Hollars ever transcend its obvious trappings.

It doesn’t help that, as a filmmaker, Krasinski opts to foreground the film’s most derivative inclinations to push this point forward. Josh Ritter’s score works in some officiously tasteful acoustic and piano flourishes, as the film exists in a world of eternal, restorative Midwestern autumn where nothing that bad happens even as the worst is drawing near. The loving images of two-block main streets and small-town diners stretch to conjure a sense of romantic, bygone life, but instead leave most of The Hollars feeling inappropriately low-stakes given its subject matter. It’s a feel-good movie through and through, the kind intended to send people onward from the theater feeling affirmed and hopeful. But optimism alone can’t account for the quality of a film so pleasantly disposable. 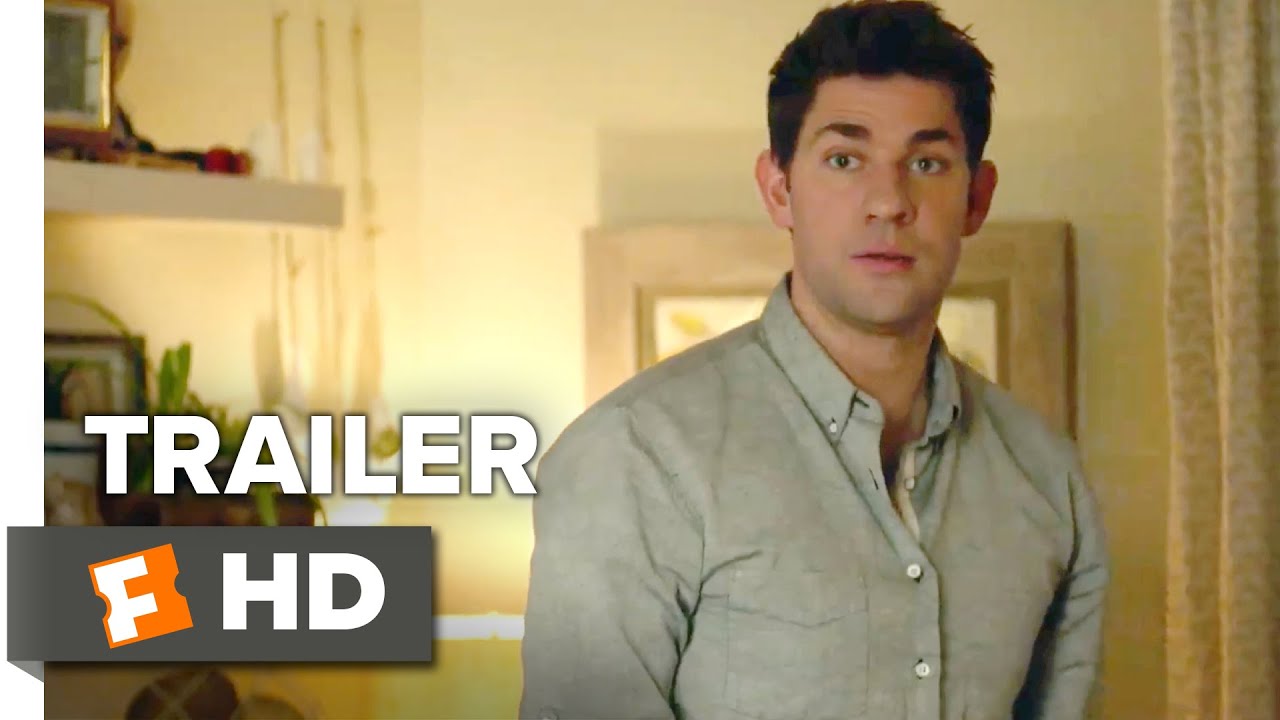