It takes a great amount of effort to find someone who doesn’t respect Angel Olsen. The folk rock singer-songwriter performs with a style of authenticity that, especially in today’s hyper-informative environment, is unparalleled. She cracks jokes onstage that usually ridicule herself, and she perfects the art of production, firing forward with punchy emotional numbers even on her 2010 covers cassette, Lady of the Waterpark. She never gets wrapped up in the power of her own creations — a talent most fans and musicians alike can ramble on about for hours.

So it’s a bit surprising to read over Angel Olsen’s short press sheet and see, listed at the very bottom, a brief list of her interests: “Reading, rollerskating, going to softball games, making films, and writing letters to friends.” Based on hobbies, Olsen sounds more like an introverted, creative townie, someone who prioritizes family values, holes up in a cabin near a farm, walks to the park to watch little league games alongside neighbors.

That’s not too distant a reality to imagine. Olsen was adopted at a young age by a family of eight, born and raised in St. Louis before bouncing for Chicago at age 20 — an important factor in her music. Olsen’s ability to tune in to the inner workings of heartbreak, the grip of independence, and the justification of desires propel her work into the hearts of fans enduring the pain of new love. By having the peace and quiet needed to observe the ways in which a heart can degrade, she pens lyrics and guitar lines that offer a 3D rendition too beautiful to look away from. And then, apparently, she goes back to rollerskating or writing a letter. 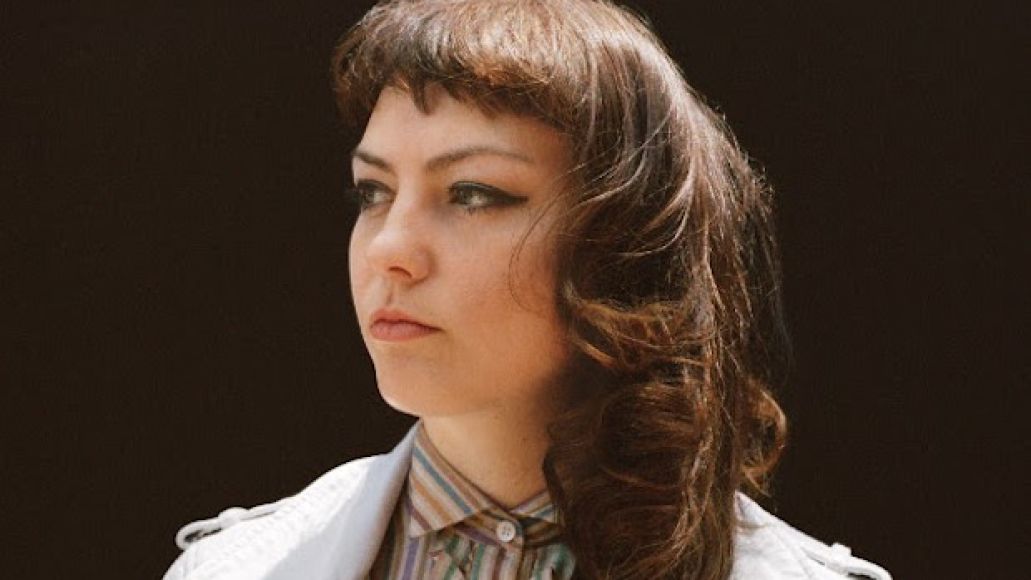 That’s not to say she isn’t attached to the internet like the rest of us. When Consequence of Sound meets up with the artist in Brooklyn to chat, Olsen picks seats right next to the floor-to-ceiling window. A grin spreads across her face, and she lets out a giggle. “Oh man,” she says, shaking her head in disbelief. “Look at this guy!”

A french bulldog sits across from us and makes direct eye contact while waiting for its owner. It’s summer in the city, and the city gets hot — the type of heat where ice-less water perspires in its pitcher — so his tongue is flopped out, but it looks like he’s stoked to be joining us for the conversation.

“Sorry,” she says while picking up her phone. “One second.” Olsen snaps a couple pictures, looks at the screen, and takes a few more as she laughs. When she puts her phone down, her eyes wander over to the dog once more. Another smile creeps out.

It’s calming to see happiness this simple. The 29-year-old finds herself in a new place, and it’s a contagious spirit that brightens her personality without her having to say a word. Angel Olsen is chatty and friendly, willing to detail whatever is asked, never once struggling to find her voice.

Last time she toured, Olsen was working behind 2014’s Burn Your Fire for No Witness, a near-flawless album of gutted realizations in the wake of emotional and physical brawn. It wasn’t draining, but live, Olsen seemed to get lost in her own words, reliving pain even when it wasn’t autobiographical. But now, she’s wide-eyed and refreshed with the impending release of My Woman. She’s her own woman, and she knows better than ever how to command it.

My Woman is a huge chapter of Olsen’s life captured in sound. The drastic shift to ‘60s and ‘70s rock funnels her influences into a bowl: the aftertaste of country twang, the guitar-centered solos of early classic rock, the belted vocals of someone on a road trip. It’s bold; her songs land somewhere between The Pretenders and Jefferson Airplane. It’s hard to see the indie rock crescendos of her last record and the warbling folk of 2012’s Half Way Home in the rearview mirror, but at the heart of these songs is Olsen’s confidence, a woman who finally found a source of joy that lets her instruments sing just as often as her voice.

“I remember when I was younger, like around the time of Strange Cacti, I was in a really bad place,” she says. “I’d just sit in my bedroom for hours. It wasn’t well lit. That was in Chicago and it felt like this constant coldness and it lasted… forever. Or at least it felt like it did.” 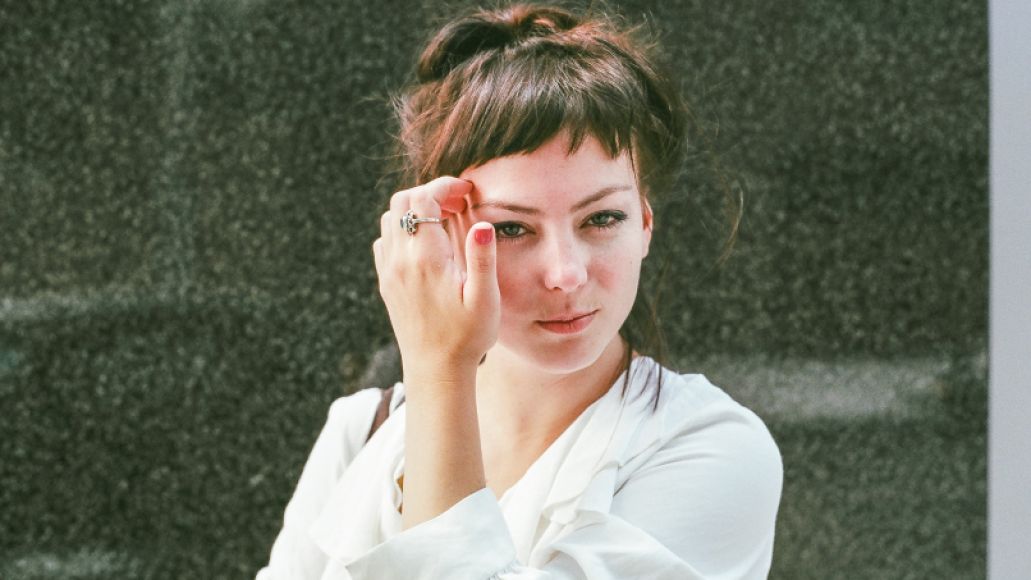 At that time, Olsen worked as a barista to pay for living expenses while writing material. A coworker caught word of her music and gave it a listen, but it took months for him to approach her and propose he and a pal back her up as percussionists. “I thought he hated me,” she laughs. “He always had this look on his face. Though, I guess I would’ve looked that way, too. It’s funny how those things happen.”

In the next few years, she roped together a band — drummer Joshua Jaeger, guitarist Stewart Bronaugh, and bassist Emily Elhaj — who finally took the stage for their second ever show to perform Burn Your Fire for No Witness material back in late 2013. Though cool-headed, they were nervous. The following year they found their footing. Now, look closely and their growth is apparent. On My Woman, Olsen is no longer performing with musicians. She’s controlling a band, and the band is very clearly following her lead. It’s a natural bond that expands on their intertwined connections. In turn, she feels in control of her life.

“I write all the songs, I go over them myself, I send the band demos of different version with all the lyrics. They can listen to them all,” she explains, “but I’ll tell them, ‘Demo B is the version we’re going with today,’ and then we’ll started digging into that. Everyone was comfortable changing instruments if need be, like Seth would switch off bass, and he plays lead guitar on ‘Woman’. A lot was pre-planned by me, and then Seth and Josh helped address the structures first.”

Then comes her relationship with producer Justin Raisen. Brought on to record and produce the record, Raisen’s love of her music guided the two of them into unfamiliar territory. Though he usually works with the likes of pop stars like Charli XCX, Sky Ferreira, and Santigold, Raisen tapped into Olsen’s jam side, recording live to tape for an extra warm appeal. Part of that came from her desire to step up to the plate. “Not going to lie, I was nervous the first day,” she says. “I wanted to impress him, to be this person he thought I was. He’s a big name and I have a ton of respect for him, but we got along so well right from the start, and that made it easy.” It was her trust in him that guided her towards backup material. “Some of the songs weren’t even ones we wanted to record, but he heard the demos and suggested we record a few of them, one of which we captured in one take, and that version is on My Woman.”

The change didn’t happen overnight. Olsen pushed herself to great lengths in the past year, tampering with old material and reworking old cuts to fit the full-band setup. That’s clear onstage and on the record. The prolonged classic rock howl on “Not Gonna Kill You” alone makes that obvious. Though she didn’t intend to, the album’s title wound up speaking to her own strength and those of women she’s met along the way.

“I didn’t really think about the title as a big statement, but I suppose I should have,” she says. “I had some weird questions in my Eurotrip where journalists said, ‘Are you afraid of losing your male fans because your album is titled My Woman?’ I was like, ‘Dude, I named the album after the song on the record. I’ve done that with many records. I decided to say My Woman because I love the ideas that come up with that. It’s as flirtatious as it is degrading. I think a lot of the subjects in this record — without it necessarily applying to a woman — it’s more a subject of love and the different subjects of that. It’s a little less literal too in that it’s about my sister. It’s what you think about when you think of a sister, what you think about when you think of the term ‘my woman.’” 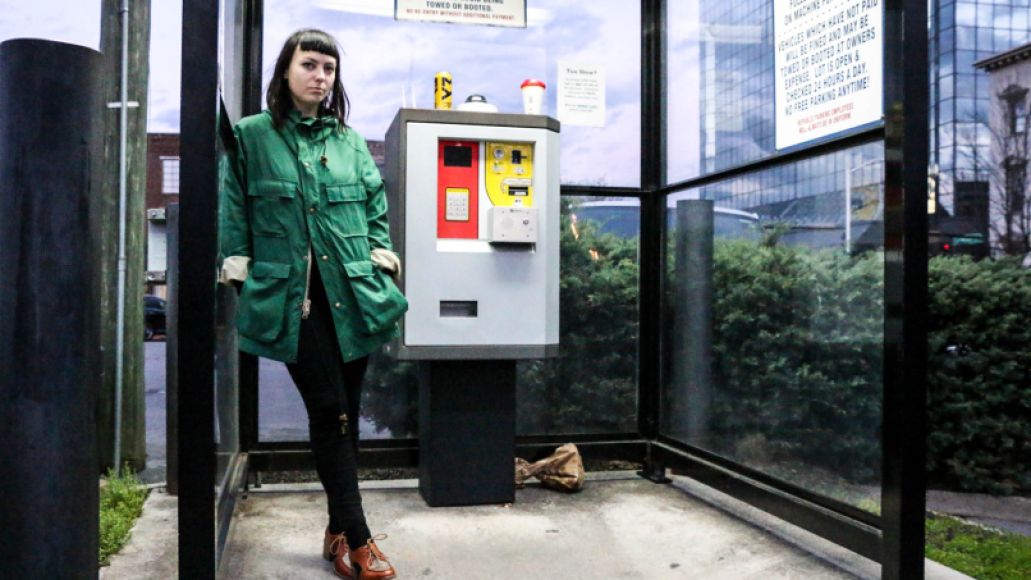 When asked to pick the three most influential women in her life, Olsen doesn’t hesitate to list them off either: her mother, Susan Sarandon, and Tilda Swinton. It’s a list of females that she respects just as much as she dreams of mirroring. “Susan Sarandon is killing it right now politically. She’s such a fucking siren. No bullshit, doesn’t give a fuck, using her fame to do really good things and be really active,” she says quickly. “And I love Tilda Swinton just for being fucking crazy and weird. I think about powerful ladies I like. I love Lily Tomlin and Dolly Parton. The movie 9 to 5 still relates so much to everything.”

Part of that strength takes form in Olsen’s recent directorial work. She directed the music videos for both “Intern” and “Shut Up Kiss Me”. Critics often believe her music is autobiographical, and now with the footage directed by and starring Olsen herself, they seem sure that it’s a purging of her diary. In her eyes, it’s simply a matter of creative control, of finishing what you started since she, as its creator, knows the story better than anyone else.

“Sometimes I like a good acting experience in a video, but I didn’t want it to be that way. I knew I could portray it exactly the way I wanted to,” she explains. “There’s none of that ‘Do something weird with your hands’ and stuff that directors tell you to do. No. I don’t want to do anything weird with my hands anymore. No more hands things. I made the song that the advertisement is for. I should be in charge of the image it projects. It’s less my trying to be narcissistic and it’s more, ‘No, this is my song; I should be in the fucking video.’ I should be able to create the character I want and edit it all the way through. I know that’s totally neurotic and controlling, but I made the song. That, to me, is just as strong of an image. I don’t just make the song and then let someone puppet me around. That seems backwards. Even if the image I was creating was those videos and not necessarily about the songs.”

Olsen once again peers out the window. The french bulldog is still there. Laughs erup from her in a quiet way whenever she looks at him. He explores what little area he can, his leash tethered to the bench, sniffing the sidewalk but, ultimately, returning his gaze to the two of us and grinning like he can hear our discussion through the glass.

He’s not the only one smiling. Six years into her career, it finally feels like Olsen doesn’t need liner notes. Her music spans a breadth so deep that it articulates each area of her life. Thankfully, it sits at a place of happiness now — and she can head back into the world with that strength fueling every mesmerizing performance.

Give It Up: Angel Olsen Ditches Sadness and Dives into '60s Rock