No matter how great the rest of a festival may be, having five major acts cancel either just before or during the festivities will become the leading news. There’s a reason the OFF Festival organizers called this “the most unlucky edition to date” on their site. The dominoes fell quickly, too. Three days before the festival began, the Wu Tang Clan’s GZA was the first to cancel (a statement on OFF’s site blamed his agent). He was to be replaced by UK grime star Wiley — except Wiley too would be a no-show. Two days later, The Kills called off their performance after Alison Mosshart came down with pneumonia. The next day, British electronic musician Zomby was announced as a cancellation. Finally, Anohni came down with the flu while in Katowice and was unable to perform. 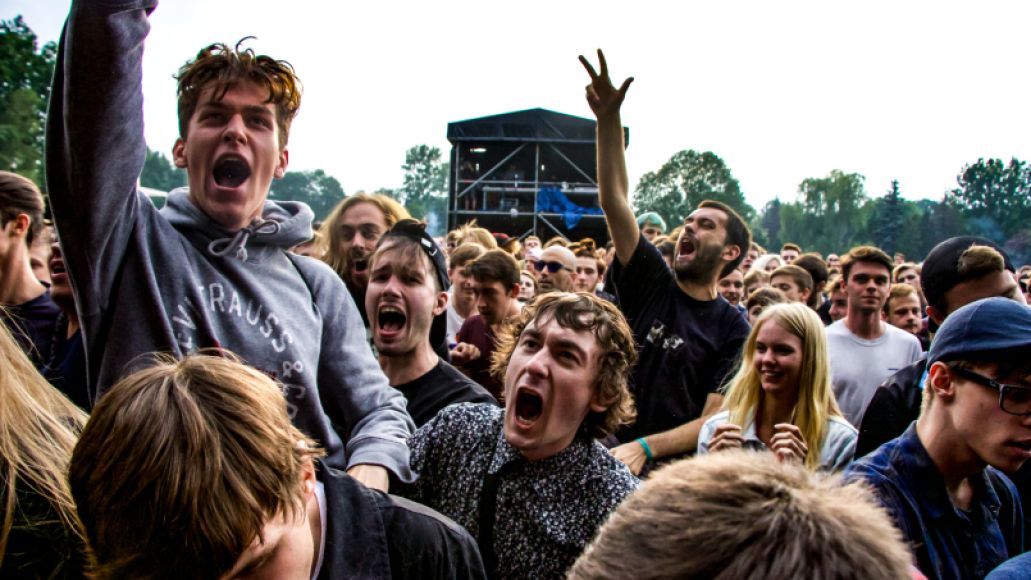 All of that turnover at the top of the festival bill was a shame, especially because the OFF Festival offered perfect conditions for catching unforgettable sets. For one, there was no alcohol or food allowed inside the field; as such, the grounds were clear of the typical mess of earth-destroying festival trash, and you didn’t have to worry about being pelted by a beer in the mosh pit. The downside, though, was that the sets occasionally felt a bit under-attended, people sometimes flocking to the cordoned-off drinking areas instead of to the stages. But in the end, those at the stages were definitely there for the music rather than the party — and where in the world can you experience that? Answer: POLAND. More specifically, the city of Katowice. 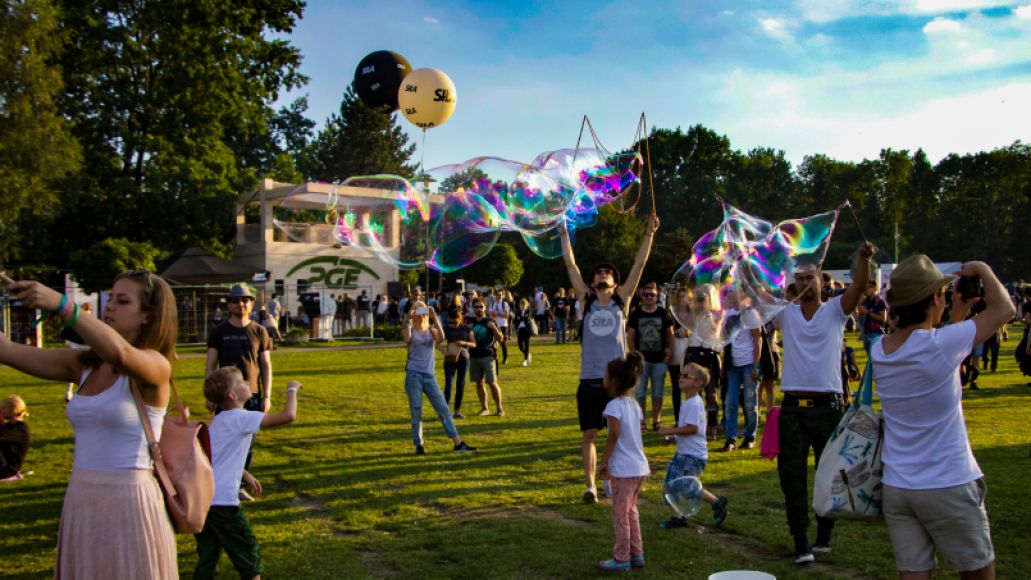 Musically, the festival did a brilliant job of blending eccentric styles. African music stood shoulder-to-shoulder with electronic beats, K-pop, and metal. You could melt into Norwegian jazz collective Jaga Jazzist, the noise rock of American legends Lightning Bolt, or the cheesy Polish rap of Kaliber 44, all without losing a moment. Those traveling to Katowice from other countries were treated to more than a fair share of highlights from the host country, as well. Though some dissatisfaction stemmed from the cancellations, it didn’t stop the reverie entirely, the crowd still happy to have an unforgettable weekend out in the park. 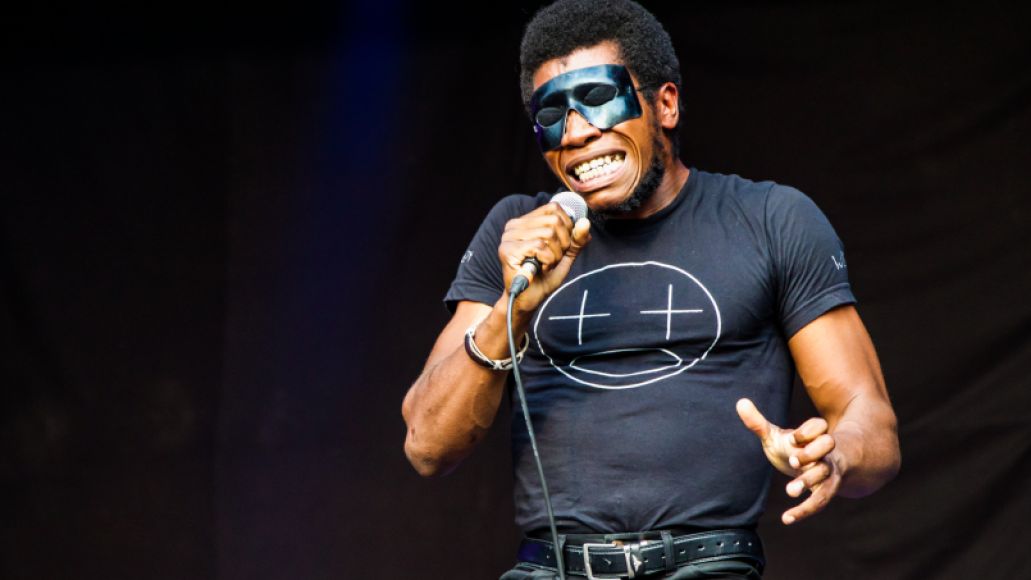 “Don’t clap. Don’t you dare clap!” roared Willis Earl Beal from beneath a black cape, something I’d not heard from a festival performer before. “I want to feel alone. Because we are all alone.” And that wasn’t even the beginning of Beal’s unusual banter, including shout-outs to Chris Farley (“Wherever you are, I love you, you fat motherfucker”), using fecal matter as a philosophical construct (“tonight we are not going to be constipated anymore! Tonight we are going to take a shit and let it go”), and comparing himself to Barbra Streisand (“I am basically Barbra Streisand”). But then Beal’s connection with the audience has always come from an unexpected angle, powering tunes from last year’s Noctunes with raw passion and a charismatic core. Whether you like his music and persona or not, Willis Earl Beal put on one of the most eccentric, engaging festival performances I’ve ever seen. 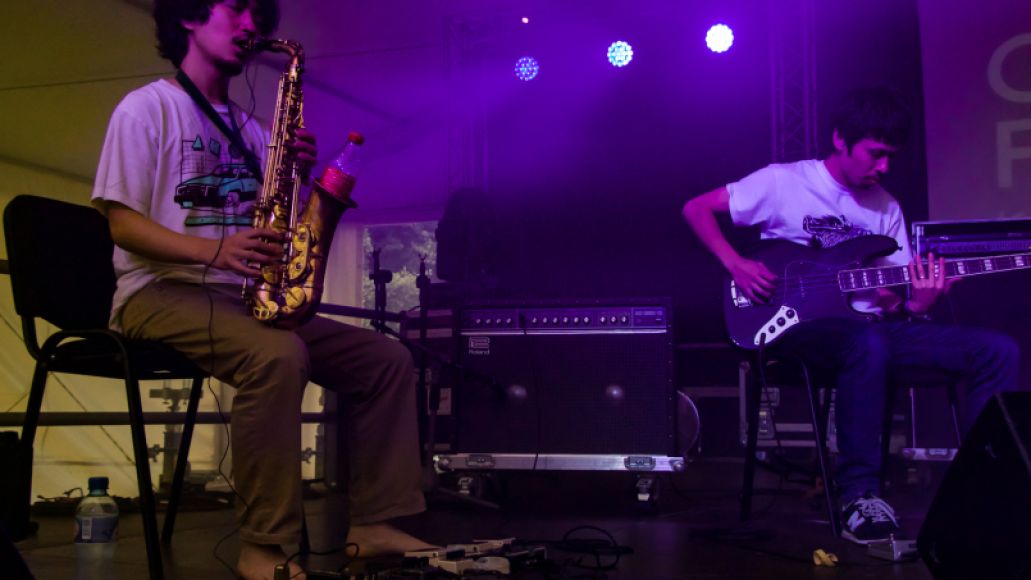 Not to be confused with the masked Swedish band of the same name, Japan’s Goat nonetheless spend their time developing layered, frenetic grooves. Drummer Tetsushi Nishikawa skittered and popped, and saxophonist Akihiko Ando did his own fair share to contribute to the percussive focus, likely aided by the half-full Coke bottle jammed into the bell of his instrument. The Osaka outfit are fresh off the release of their debut, New Games, and their entire set sounded fueled by the energy of fresh material, doled out in extreme intensity for the festival crowds. 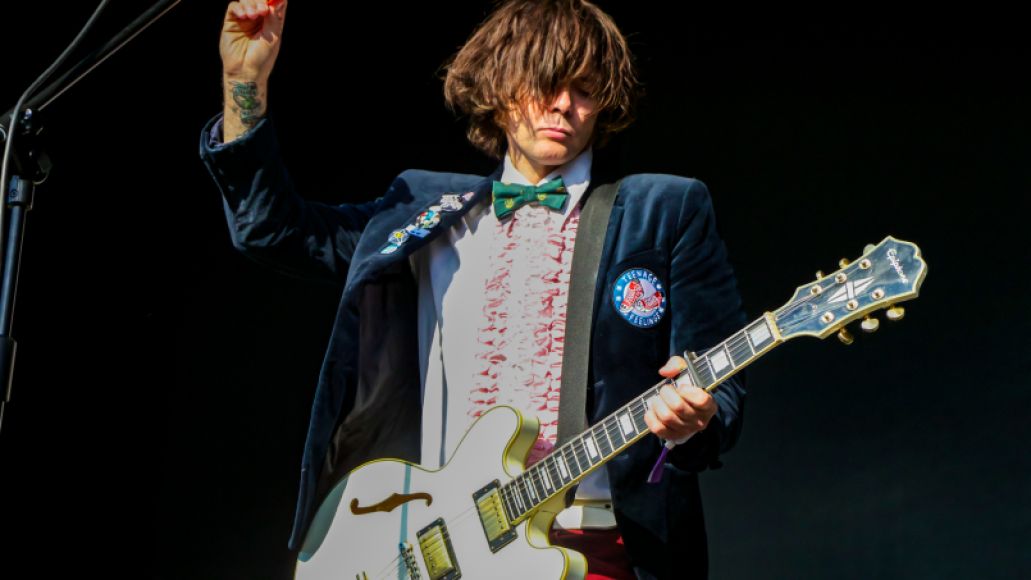 “I still feel like we’re a bunch of friends playing songs together,” said Beach Slang’s James Alex. Though only a few years into their career, the Philadelphia indie punk outfit have risen in the ranks considerably, all while keeping that genial connection alive with their audience. “Thank you for letting me live this dumb life,” he smiled, as if the sea of faces inspired an epiphany. Later in the set, he’d stop a song midway through, as if the words were stuck in his head. “Sorry, I needed a mint,” he grinned before reaching into the inside pocket of his velvet “Harry Potter” jacket. But the unexpected highlight came when Alex busted out his best impression of Robert Smith. “Is the Cure popular down here?” he asked, before the signature drum flourish of “Just Like Heaven” kicked them in. Ruben Gallego’s mercurial guitar and Ed McNulty’s rubbery bass pushed things along, completing the sweetest cover of the festival. 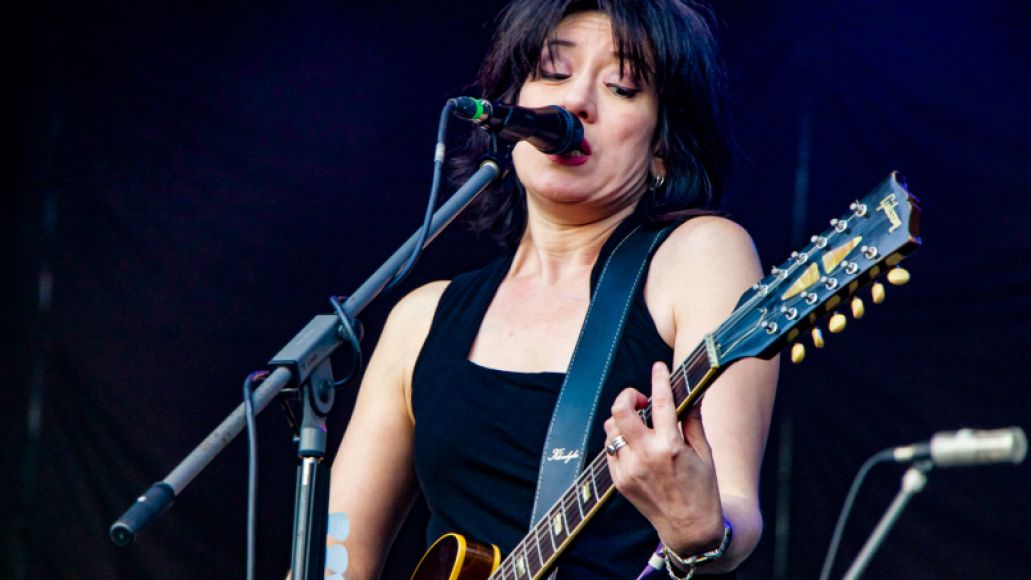 “I don’t speak a word of Polish, so hi!” smiled Miki Berenyi, as she and the rest of Lush took the stage. Still fresh off their reunion after nearly a decade apart, there seemed to be a genuine glow among the English musicians, a real sense of pride. That was highlighted by the shirt bassist Phil King wore for the performance, the word shoegaze printed in plump yellow lettering across his chest; while the genre name may have been considered a bit of a pejorative upon its inception, times have changed such that Lush are now a legendary band on a much-anticipated reunion tour, and the genre they helped shape is an institution. The crowd wasn’t as big as you might expect for a legacy band like this, but then the festival had some inconsistencies in attendance throughout. Lovelife single “Ladykillers” felt fresh, charged by eye rolls and frustration anew. “This is our last song, and then I can get drunk,” Berenyi shrugged. “That’s the way it works.” The ensuing “Sweetness and Light” was the easy highlight of the set, surprisingly loud and thrilling. 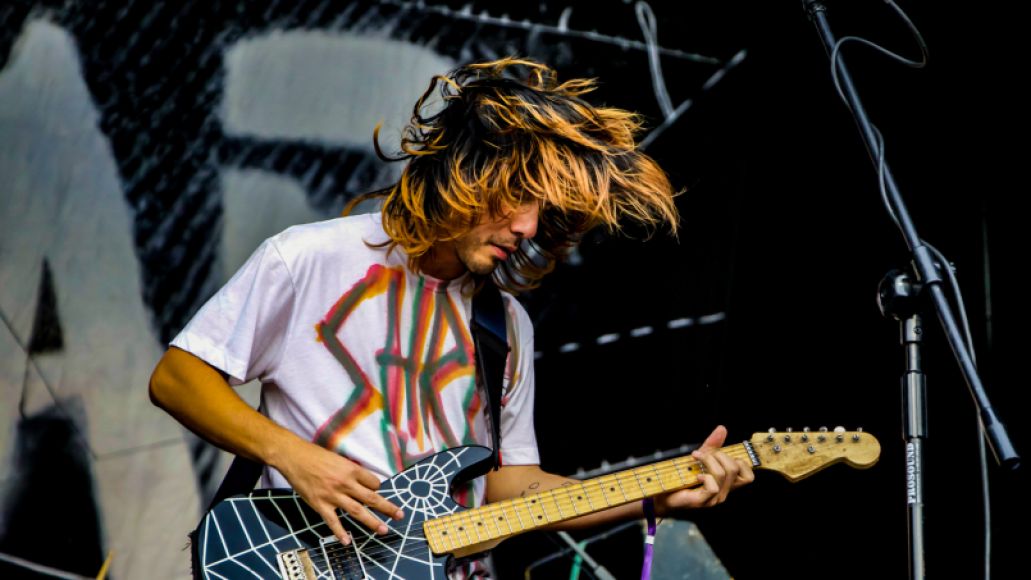 If anyone was going to get the Polish audience to start crowd-surfing, of course it would be FIDLAR, and of course they’d do so by starting with a cover of Beastie Boys’ “Sabotage”. Throughout the California skate punks’ set, you’d see the same kids passed over the rail by the mass of fans at the stage, only to then run back to start the process over again. Though the majority of the crowd might not identify with being “born and raised in the USA,” the rip-roaring “40oz. on Repeat” made things feel as hospitable and welcoming as any American festival set. Frontman Zac Carper plays with the wonder and raw enthusiasm of a teen but the precision and talent of an older, experienced musician, his voice occasionally verging on that of a swaggery radio host. Ending with a roaring take on FIDLAR’s “Cocaine”, the California boys brought their own slash of punk sunshine to Katowice.