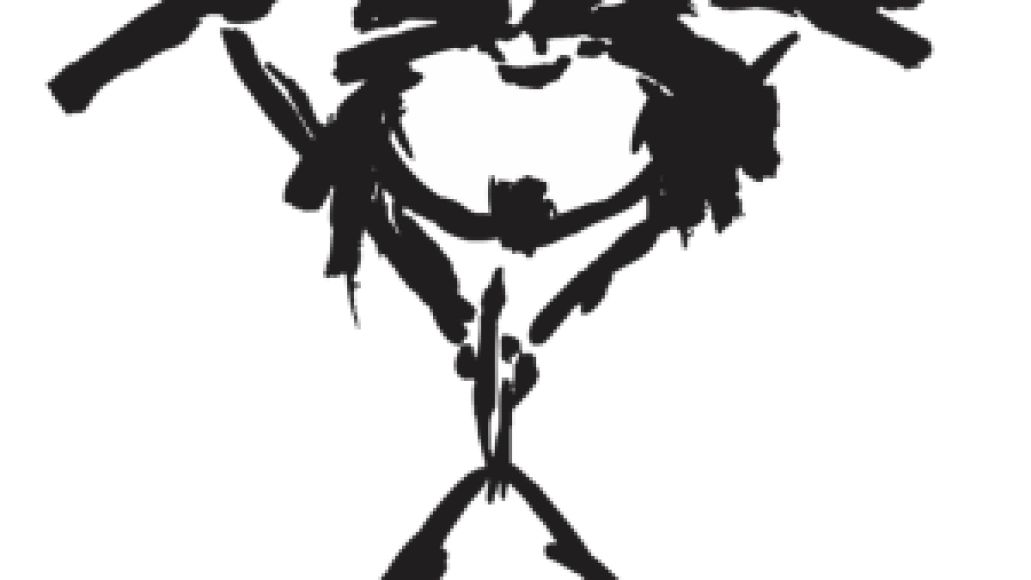 Welcome to Pearl Jam Week! In honor of the 25th anniversary of Ten, we’ll be celebrating the entire catalogue of Pearl Jam with exclusive features throughout the week. To kick things off, Editor in Chief Michael Roffman and Editorial Director Matt Melis report back on the band’s highly anticipated return to Chicago’s Wrigley Field, three years after their soggy, epic performance.

“We’re back,” Eddie Vedder warmly muttered to a sold-out and frantic Wrigley Field on Saturday evening. The Evanston-born singer-songwriter smiled as he watched his former neighbors scream, jump, and lose their shit.

But Chicago had every right to be thrilled as they welcomed back Pearl Jam to their Friendly Confines. When the Seattle outfit last performed at the ballpark in July 2013, things got a little wet, a little wild, and a little unorthodox.

If you recall, a raging storm swept through the Chicagoland area and interrupted their summer set after only a few songs, delaying the show for nearly three hours. Remarkably, the band, the fans, and the city endured to make history.

“Last time felt like a once-in-a-lifetime experience,” Vedder admitted, soaking up the moment. He later digressed on how he caught Springsteen at the venue four years ago and how he too struggled with bad weather — only no lightning. “Even God don’t mess with the Boss,” he joked. “There’s God, then there’s the Boss.” 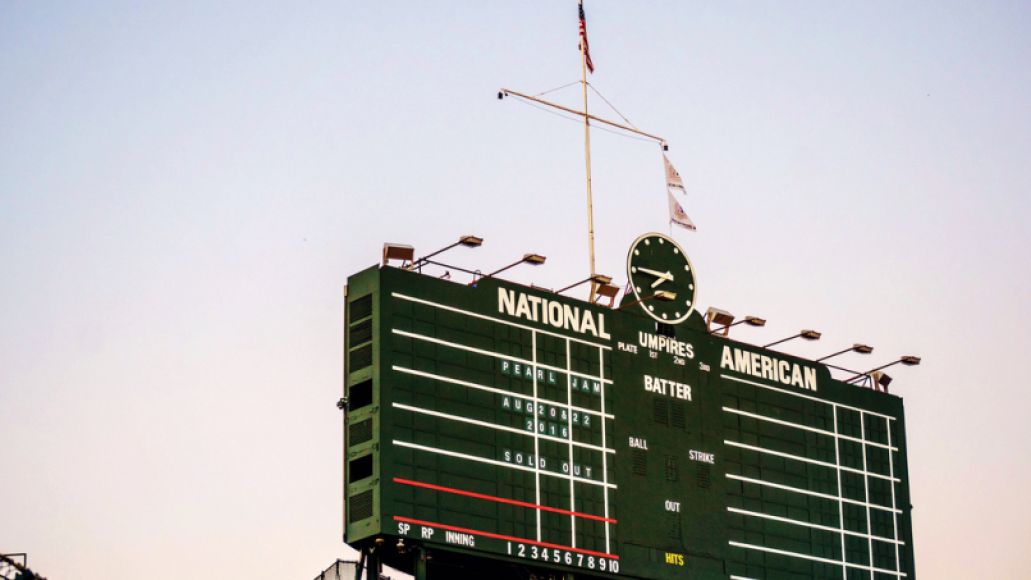 Weather was hardly small talk on Saturday. Hours before the gig, thousands of fans shared stories about The Great Delay as they gathered around the multiple PJ pop-up stores to stake out the merchandise. A handful even got a quick scare when a downpour sprinted by for a few minutes.

Chalk it up to the band’s tongue-in-cheek cover of The Beatles’ “Rain” or simple dumb luck, but there wasn’t a cloud in the sky as dusk turned to night. Instead, there was a touch of autumn in the air as a chilly breeze whisked through Wrigley, riling up the diehards and the casuals, the passersby and the uninformed.

For over three hours, Pearl Jam poured their heart and their soul into a 34-song set, brimming with hits, deep cuts, covers, and guests. None of it reclaimed the anarchic magic and chaos of 2013 — what ever could? — but it still felt special in its own straightforward way. And to think, they still have another night.

Nonetheless, here are 10 takeaways from their Return to Wrigley. 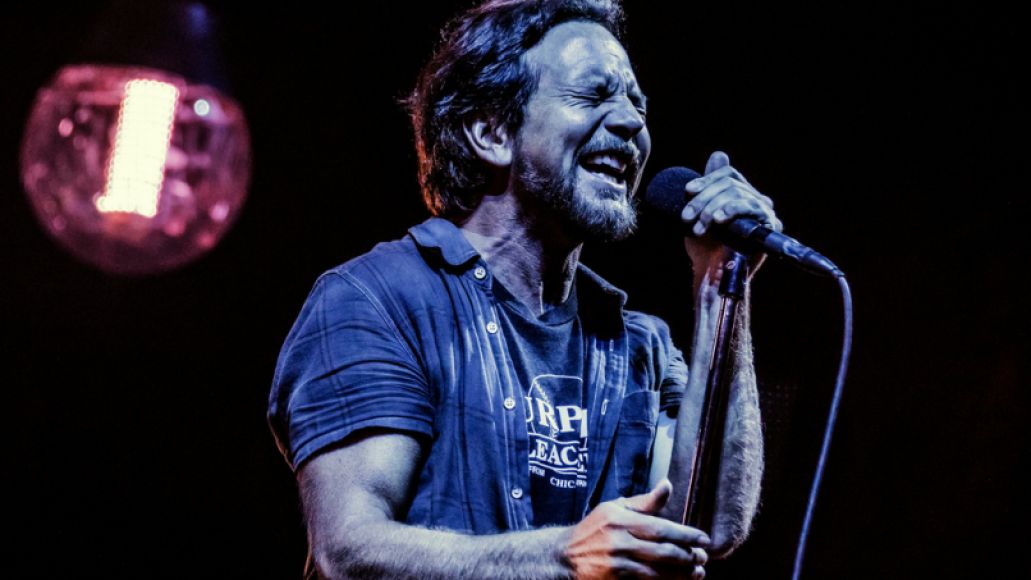 As amusing as it was to see Eddie Vedder and Jeff Ament share swigs from the singer’s comically oversize bottle of red wine (“I brought enough for everyone”) before starting the band’s first of three encores with the elusive “Bee Girl”, the best deep cut of the night goes to “I Got ID”. The A-Side to the band’s “Merkin Ball” two-song single hasn’t been in steady rotation since 2008/2009. And while there wasn’t quite enough magic in the ivy at Wrigley to conjure up Neil Young to spell Mike McCready, that gorgeous opening guitar cue was plenty enough to make the audience feel lucky they also got “ID”. 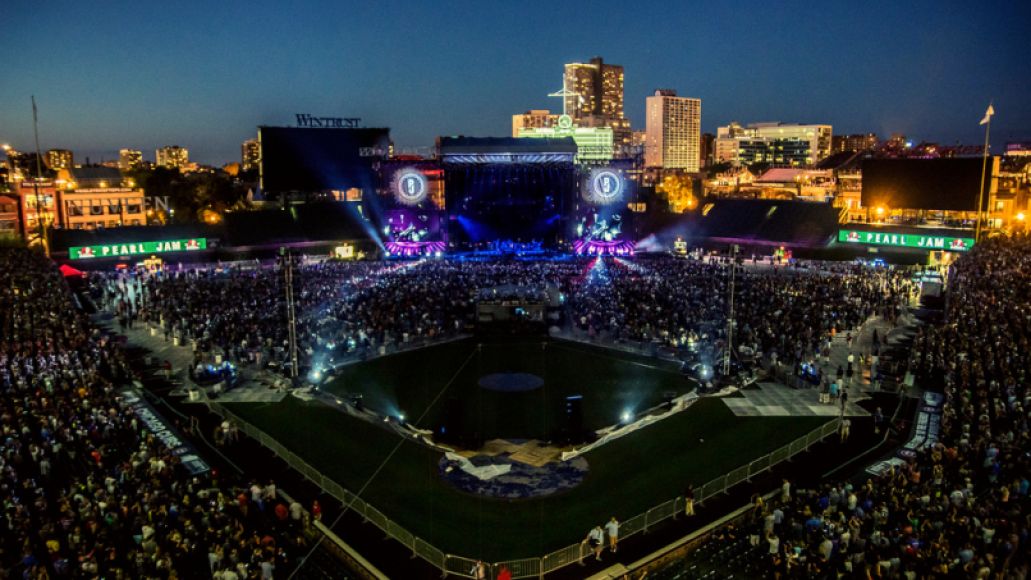 Few acts pull off heartfelt like Pearl Jam do. Rarely does a show go by without some sort of moving homage or commemoration or acknowledgement. Tonight, Eddie Vedder came prepared and raised his proverbial glass of wine multiple times for the bravest of the bravest currently living their life to the fullest. He first dedicated “Light Years” to Gord Downie, who was then playing his final show with The Tragically Hip in Kingston, Ontario. The singer was diagnosed with terminal brain cancer earlier this summer.

The second touching moment arrived when Steve Gleason, a former NFL player and longtime friend of lead guitarist Mike McCready, came out to speak with the crowd and introduce his favorite song, “Inside Job”. From a wheelchair and using a speech synthesizer, Gleason paid his respects to the beloved venue (“If you want my opinion, this field is sacred ground”), waxed about the song in question (“Everyone with a heartbeat faces adversity”), and then let loose (“I feel fucking awesome”). The feeling was very mutual.

“Masters of War” and “I Am a Patriot” 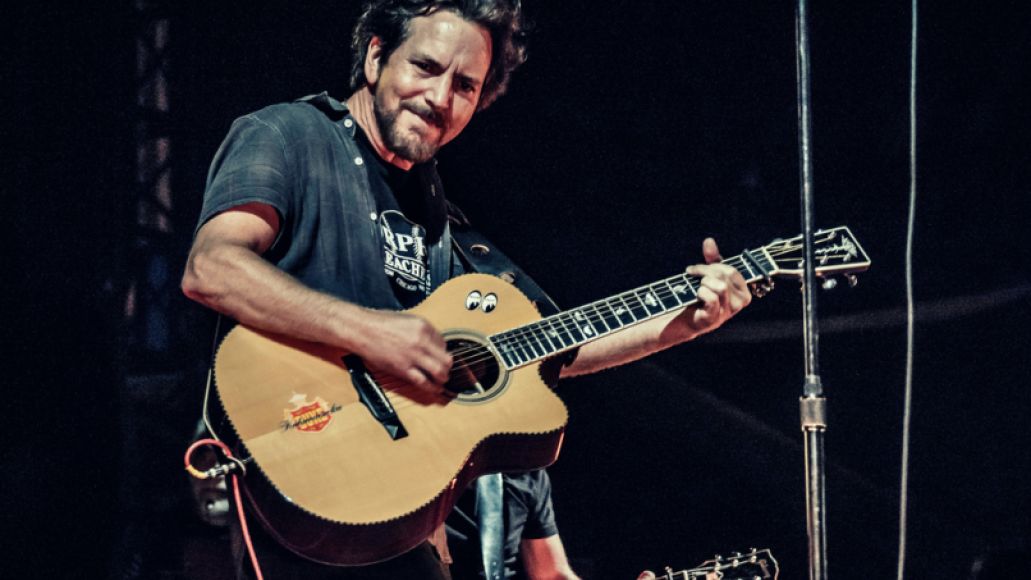 After “Bu$hleaguer”, I can’t even imagine the song Eddie Vedder will write if Donald Trump becomes our next president. In the meantime, the band got political Saturday night without naming names, pairing Bob Dylan’s “Masters of War” with Little Steven’s “I Am a Patriot”. The former found Vedder and band shedding all frivolity and channeling the rage and utter contempt of Dylan’s 53-year-old scathing critique of the military-industrial complex while the latter — suped up from the early aughts acoustic version — picked the crowd back up with its message of duty and hope for a country that will one day reflect the best in all of us. Two fitting deep cuts in an election year.

Shut Up and Play the Hits 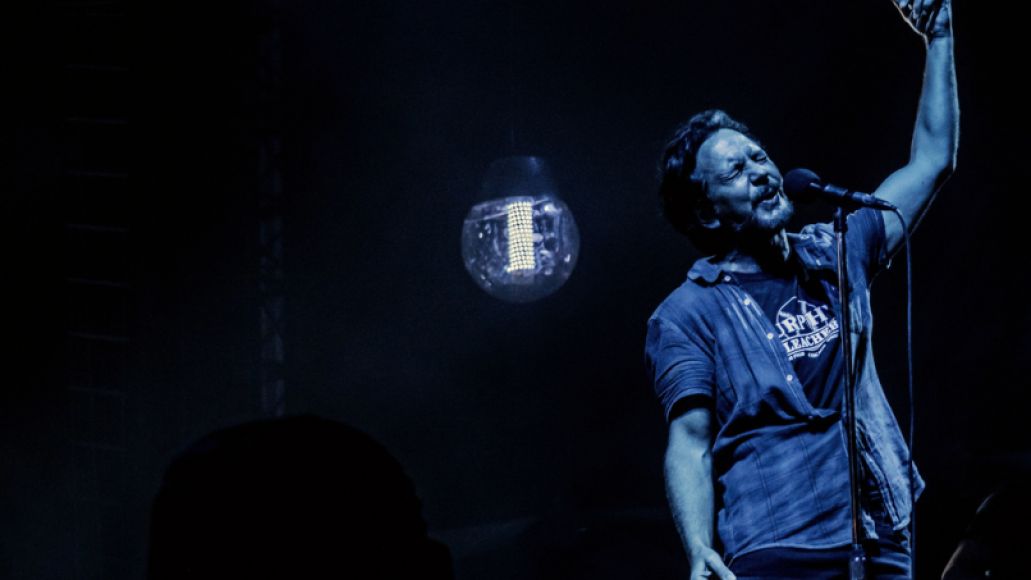 The beauty about any Pearl Jam setlist is how the band so rarely lean on their hits. When they do, however, it’s a sight to behold, and such was the case towards the end of their initial set on Saturday. What started out as a typical cocktail of “Daughter”/”W.M.A.” morphed into a rebellious sing-along of “Jeremy” and finally into one wild, cathartic rendition of “Better Man”. Granted, Vedder was in great spirits all night, but he was such a beautiful, bouncy lush throughout the latter hit.

During the song’s jam, the singer prowled the edge of the stage, calling out a number of T-shirts in the front row. One read “Janet Fucking Weiss” (“Janet is a badass”), another unlucky soul’s promoted Whitesnake (“That better be ironic”), but the best was a young woman’s black tee that simply stated: “Unfuckwithable.” This one swept up Vedder, who explained how his daughter and niece were in the house, to which he praised all women before concluding: “Let’s all be unfuckwithable.” #jukeboxhero

State of Love and Marriage

“Just Breathe” and “I Believe in Miracles”

Not many acts respect the military as openly as Pearl Jam, so it wasn’t surprising when Eddie Vedder announced that Army Sergeant Kyle Johnson was in attendance and that he’d like to meet him later on in the set. It also wasn’t all that shocking (believe it or not) when Johnson and his girlfriend, Amy, were invited onstage to have Vedder serenade them with their favorite song, “Just Breathe”. However, when Johnson then lowered to a knee and proposed to his now-fiancée, that admittedly dropped some jaws and not just Amy’s. A bonus dedication of “I Believe in Miracles” by the Ramones should go a long way to starting the happy couple down the right path. At this point, I wouldn’t bet against an encore at their wedding. Save that date, Eddie!

And the Album of the Night Goes to… 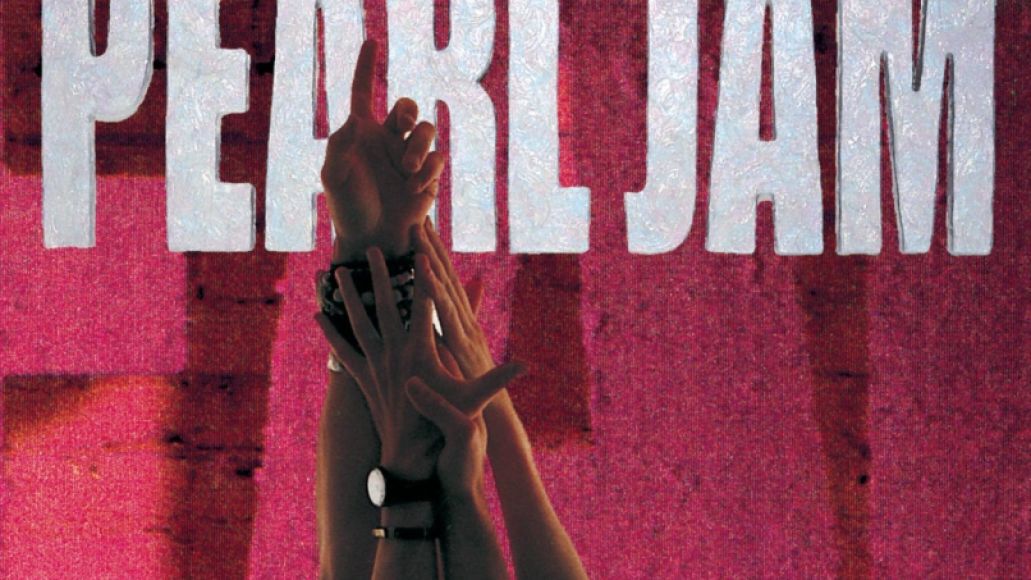 Not too long ago, Pearl Jam performed all of Ten for Philadelphia, only the second time they’ve ever done that. That didn’t happen for Wrigleyville, but they came close. Of the album’s 11 tracks, the band dusted off “Even Flow”, “Alive”, “Black”, “Jeremy”, “Porch”, and “Release”, leaving off “Once”, “Why Go”, “Oceans”, “Garden”, and “Deep”.

Okay, maybe not that close, but considering they only played three off Backspacer, Vitalogy, and Vs.; two off Lightning Bolt and Yield; and one off Binaural, Merkinball EP (!), and Pearl Jam, that’s quite the allotment. Still, we would have gladly traded a few from Ten for a cut or two off Riot Act … or even a combo of “State of Love and Trust”/”Breath”.

Mike McCready on “Even Flow” 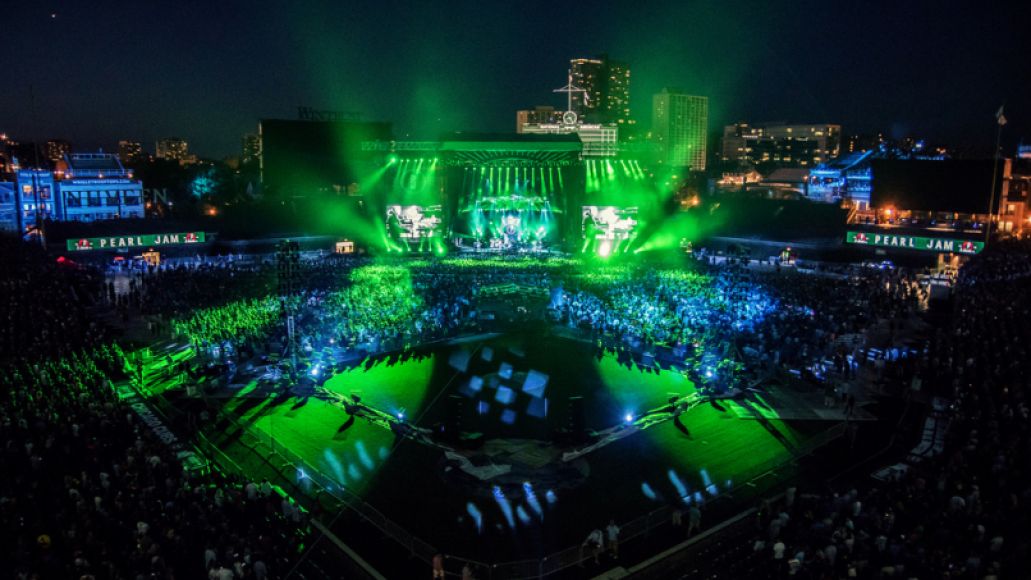 He’s done it hundreds of times before. He’ll do it hundreds of times in the future. But that doesn’t diminish the awe that sets in every time Mike McCready gets his three minutes of glory on this Ten classic. Whether it’s the plunge into the crowd, the guitar noodling behind his head, or the iconic silhouette he casts on stage during the jam, moments like this are precisely how guitar players ascend to become guitar gods. 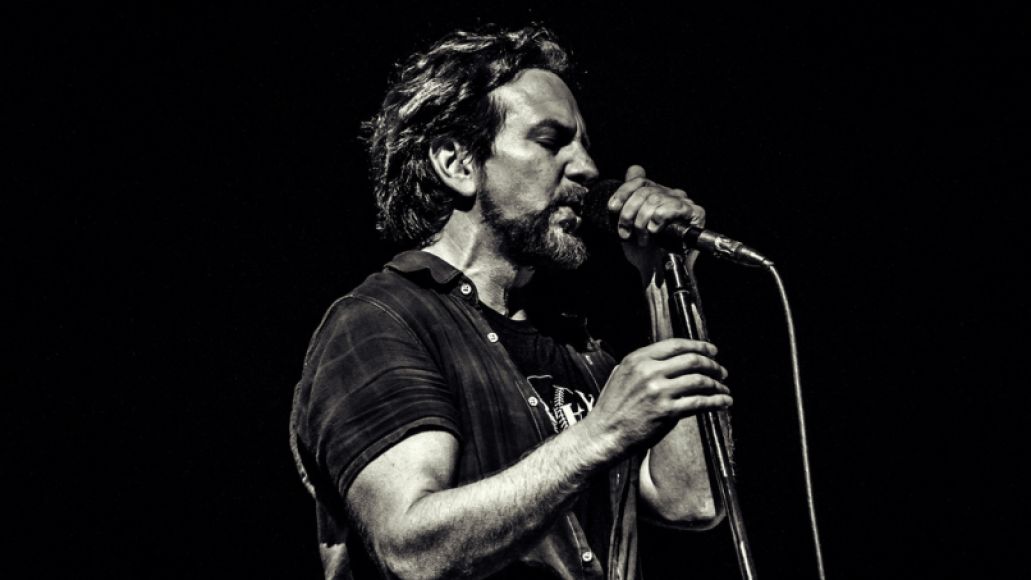 Out of the nine covers that Pearl Jam unpacked amongst the ivy, the one that brought out the best in everyone was their faithful homage to Pink Floyd’s “Comfortably Numb”. Vedder shared a story about growing up around the NorthShore, specifically one night when he snagged a cheap bottle of wine and listened to his Walkman under the stars by the beach. “It was like heading into the sky and seeing a whole world of possibilities,” he remembered. “But what were the options?”

Decades later, we know the answer, but there was a brief intimacy to his shrugging admission, one that was further exacerbated by Roger Waters’ timeless power ballad. Sure, it’s a song the band’s covered almost every night on this tour, but there was something about this particular homecoming that touched Vedder. Maybe it was seeing thousands of fans, feeling like the Cubs might go all the way, or maybe it was just the wine. Either way, he was definitely comfortable and most assuredly numb.

Black Is the New Black

Go on, FM radio. Play this song a million more times. Try to make me tire of it. Go on, Pearl Jam. Play it another 600 times in concert and at every show I attend. Hell, open and close with it. I don’t care. There’s just nothing that can diminish “Black”, one of the great alt rock ballads of all time. Everything’s perfect: the solidarity felt as the entire crowd pours their hearts into every word, Eddie Vedder urging, “We belong together” at the song’s conclusion, and three of the most perfect lines to ever close a song: “I know someday you’ll have a beautiful life/ I know you’ll be a star in somebody else’s sky/ But why, why, why can’t it be, can’t it be mine?” The day those lines don’t bring me to tears (or damn close) is the day my heart stopped beating.

To Hell With the Curfew 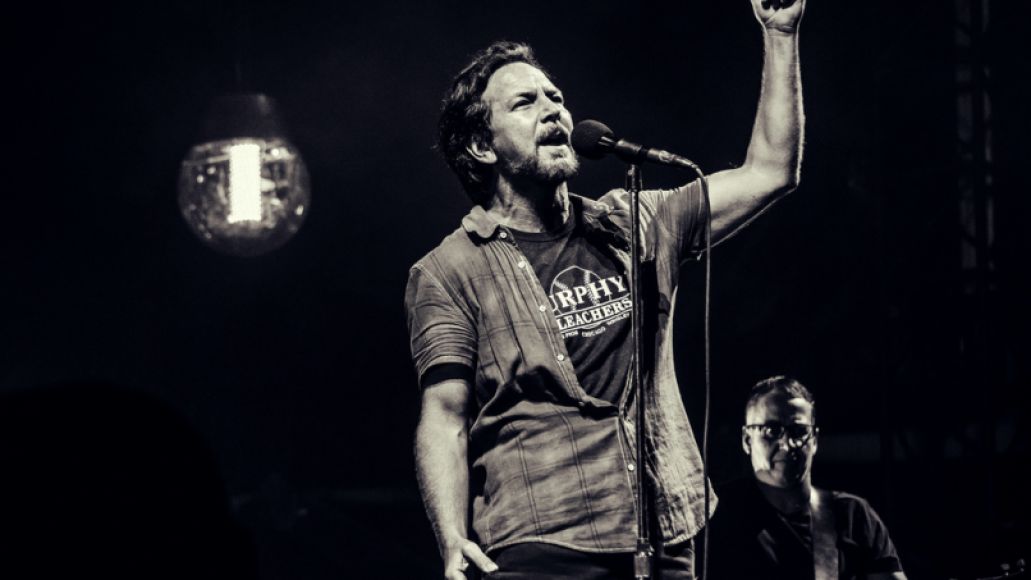 You wanna know how to get the crowd going? They start towards the exit, you pull out the Cubs song. They turn the lights on you, you say to hell with the curfew. That’s the Chicago way! And that’s how you get the crowd. Now do you want to do that? Are you ready to do that? What are you prepared to do? 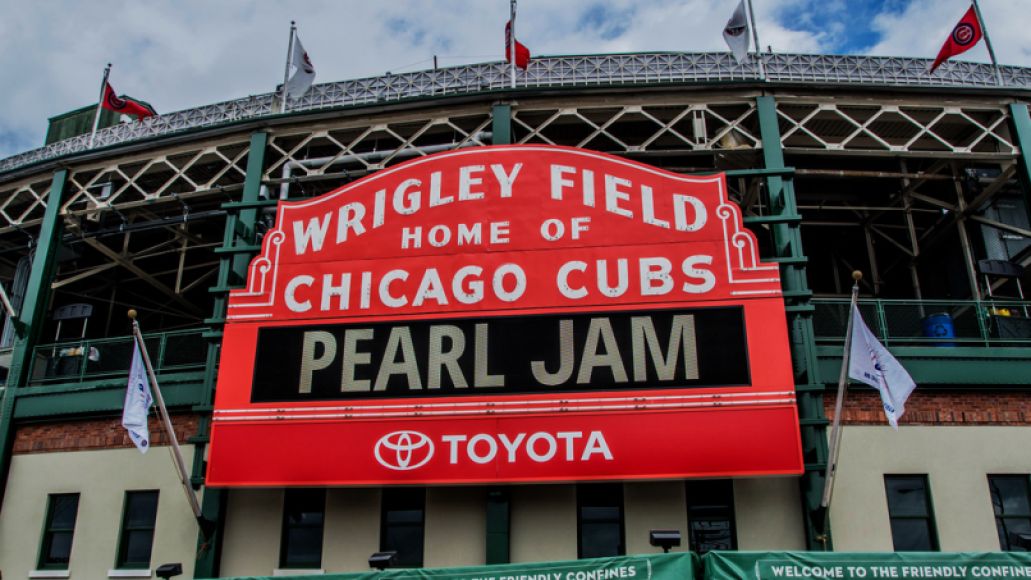 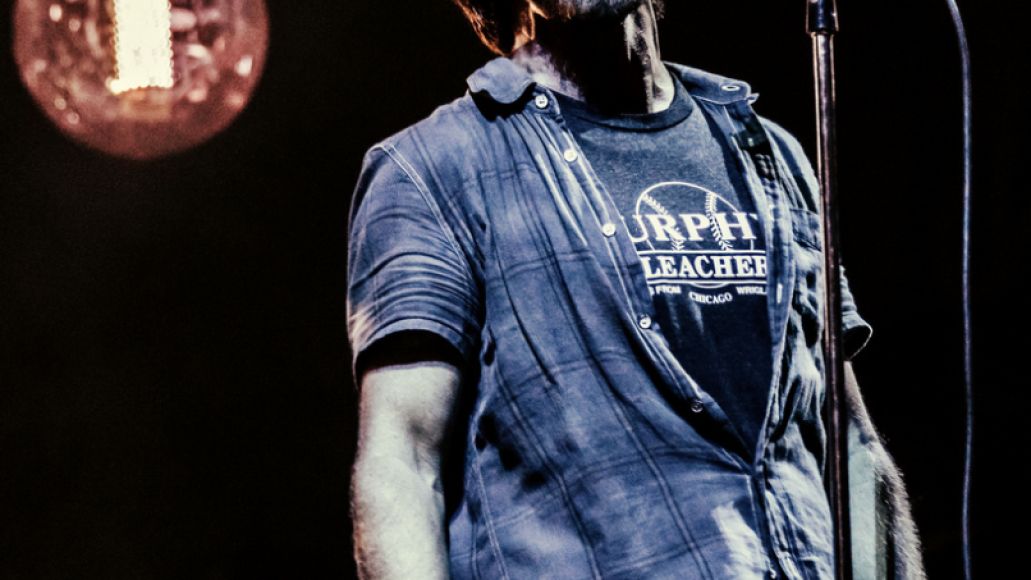