Like just about everyone else in Hollywood, Nickelodeon is on a tear of nostalgia. The network has already reunited the All That cast, relaunched Legends of the Hidden Temple as a TV movie, and is reviving Hey Arnold! for a cartoon special all its own. Now, they’ve announced that another classic Nicktoon will return for a TV special, as Rocko’s Modern Life is set to get modernized.

EW reports that an hour-long movie is in the works at Nickelodeon Animation Studios in Burbank, California. Series creator Joe Murray will return to executive produce and co-direct the film. “I’m very happy to be rejoining Rocko and my friends from O-Town again,” said Murray in a statement. “What I have found by bringing these characters back is that it’s not so much about nostalgia, but a sense that they still feel relevant and fresh to me, and after 20 years, they can’t wait to comment on modern life in the 21st century. They still have a lot to say.”

It’s not yet known if any of the original cast members will return for the new movie, or when it might be released. Wash your hands, and click back here for more as it becomes available. 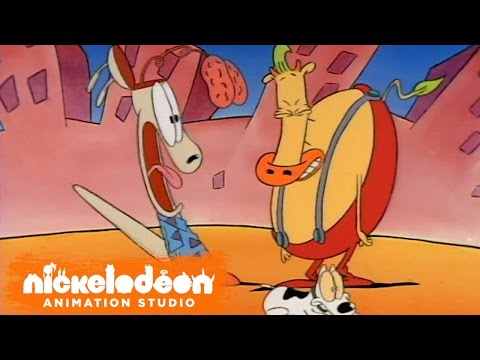