The following review was originally published as part of our 2016 Sundance Film Festival coverage.

Every president of this country is parodied. That’s just a fact of life. When we think of Bush Part 1, someone’s bound to channel Dana Carvey. For Clinton, it’s Darrell Hammond (or Phil Hartman, depending on your generation). Bush part deux? The one and only Will Ferrell. Over the past eight years and counting, we’ve seen everyone from Fred Armisen to Jay Pharoah to Jordan Peele try their hand at Obama. Already we’ve seen the next round of candidates, thanks to Larry David, Kate McKinnon, and the unstoppable Hammond. (Seriously, that guy…) Bottom line: When it comes to pop culture, the inclusion of any non-fiction president tends to be tongue-in-cheek, unless it’s a dusty biopic (see: Nixon, Lincoln).

Which is why there might be an understood ambivalence toward Richard Tanne’s indie feature, Southside with You. The 80-minute sliver of historical fiction follows our current POTUS and his First Lady on their inaugural date throughout Chicago’s South Side. Don’t roll your eyes just yet! What could have easily turned lame and maudlin actually winds up being charming and prescient. Tanne borrows from Richard Linklater’s notebook and applies his Before magic, eschewing any of the expected prestige — although, there is some — in lieu of surprising naturalism. Walking with Barack (Parker Sawyers) and Michelle (Tika Sumpter), you tend to forget who they are at times, which is quite a powerful feat on behalf of the filmmaker.

It helps that Sawyers and Sumpter did their homework. The two assume their respective roles without ever being too showy. Sawyers especially nails the little quirks of our commander-in-chief, from the way he emotes with his hands to the uncanny cadence of his voice. But this isn’t the Obama everyone knows today: He’s a chain smoker, he drives around in a faded yellow Nissan Sentra (with a rusted hole in the floor, no less), and jams out to Janet Jackson’s “Miss You Much”. Sawyers is afforded some artistic integrity, and he fleshes out the role with assurance. Sumpter, however, is strong, fierce, and intelligent as Michelle, engaging her future husband in some intellectual sparring — an early sequence in the car should elicit plenty of applause.

All throughout their date — which, originally, was intended as a work-related function (Barry, you dog you) — they work through a number of topics, from politics to family histories to future ambitions. One enlightening scene finds the two dissecting the artwork of Ernie Barnes, as Barack offers sumptuous trivia on Good Times and how the series was more than a throwaway slice of pop culture. When Michelle admits she never watched it, his reaction is priceless: “There was a black family in Chicago that didn’t watch Good Times?” That he quotes J.J. by saying “Dyn-o-mite” is the cherry on top. Soon enough, he connects the show to Barnes’ paintings (spoiler: he worked on the series), and it’s how he conducts the lesson that brings Barack to life.

(You’ve Seen the Best: Now Read About the Worst Presidents in Film History)

To the film’s minor detriment, Tanne does take some creative liberties, specifically with one crucial scene. Eventually, the two reach their function, and it’s at a South Side church, where locals have gathered to discuss a potential recreation center. As expected, Barack cools everyone off, gives a magnanimous speech, and offers some solutions. This isn’t a problem — everyone knows he worked damn hard in tough neighborhoods (see: the Altgeld Gardens) — but it comes off a tad treacly given that the rest of the film is so passive by comparison. (And especially since Tanne has admitted that the scene never happened.) Having said that, there is something moving about watching him connect with those that brought him to where he is today.

It’s also a necessary homage to a part of Chicago still struggling today. Prior to their arrival at the meeting, Barack and Michelle stroll by “The Wall of Death” that lists out all of the Altgeld’s deceased. Enhanced by Patrick Scola’s radiant cinematography and composer Stephen James Taylor’s ambient textures (recalling the post-rock of Explosions in the Sky), it’s a touching scene that adds a moment of spiritual foresight for our two leads and is reverential of the culture at hand. Tanne is wise to visual metaphors, as he instills each scene with its share of suggestive imagery, but this one sticks out as the most beautiful.

To be frank, this whole film is beautiful. There’s a soulful glow to the proceedings that’s nostalgic and yet oddly melancholy at the same time. Maybe it’s the reality of 2016 setting in, that this couple has just months until god knows who else takes office. Or maybe it’s the sobering fact that some things still haven’t changed; for instance, their reaction to Radio Raheem’s death as they watch Spike Lee’s Do the Right Thing, knowing they’d have to later see the same fate befall Eric Garner. Who knows; shot in the dark. What’s for certain is that Tanne has pieced together a lovely story that rises above its novelty premise. Southside With You is a rewarding bite-sized drama, rich with characters who we already know, but also don’t really know.

At the very least, the Chief has a new go-to date night film. 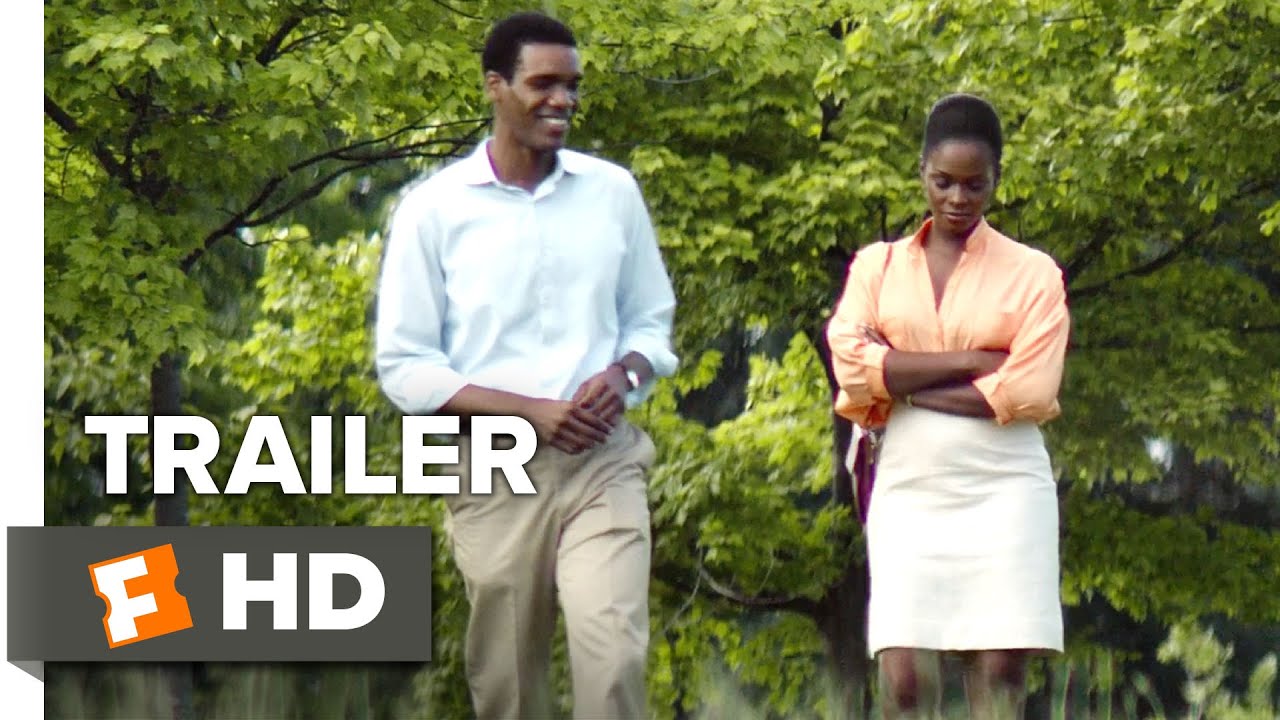 Film Review: Southside With You