The following review was originally published as part of our 2016 Sundance Film Festival coverage.

What are friends for? Growing up, we tend to move apart from those closest to us. People get married, have kids, turn crazy, or fall off the face of the Earth. Thank god for Facebook, right? However, if we’re lucky, and the proverbial stars align, friendships do endure and offer fresh crutches to lean on. Mostly, it’s at random intervals — once every year or once every two years — and it’s in a group setting: a cabin trip, a college reunion, a fancy dinner. “That was nice” is said, and life goes on. Clea DuVall captures this gasp of friendship with her directorial debut, The Intervention, a friendly dramedy that recalls Lawrence Kasdan’s The Big Chill, only with far more cynicism and a stellar indie rock soundtrack. Also, zero Berenger.

The concept’s simple: When Ruby (Cobie Smulders) and Peter’s (Vincent Piazza) marriage starts going to the dumps, longtime pals Annie (Melanie Lynskey) and Jessie (Clea DuVall) secretly arrange (you guessed it) an intervention in the guise of their annual trip down to Jessie’s Southern getaway in Savannah, Georgia. It’s an iffy prospect, but the whole gang’s signed up: Annie brings her soon-to-be husband, Matt (Jason Ritter); Jessie’s got her girlfriend, Sarah (Natasha Lyonne); while Jack (Ben Schwartz) surprises everyone with the newcomer (and young fling) Lola (Alia Shawkat). As expected, a rocky marriage isn’t the only issue at hand, so everyone brings their own emotional baggage under one roof. Again, zero Berenger.

It’s a rolodex of thirtysomething issues. Annie’s a struggling alcoholic who just can’t commit to a wedding date with Matt. Jessie and Sarah have been together for three years and still don’t live together. There’s a heavy weight on the likable Jack, who plays off his current freewheelin’ lifestyle as if it ain’t no thing. Then there’s the main event of Ruby and Peter, whose interactions seem to bottle up all the anxiety and frustrations of any strangled marriage you’ve ever heard about. They’re venomous; they’re vindictive; they’re all sorts of negative adjectives starting with “v.” DuVall makes it all too obvious that this is a tumultuous relationship, and that lack of subtlety is something that bleeds over into everyone else.

The problem with The Intervention is what happens to a lot of ensemble dramas (see: 2014’s This Is Where I Leave You). There’s so much going on that arcs are either truncated, sensationalized, or condensed, and DuVall resorts to all three. Does it make sense that Lola would randomly throw herself at Jessie? Not really, but it’s a serviceable bridge to both spark and resolve what’s going on between Jessie and Sarah. Or how about Jack’s dubious past providing solace at just the right time? These are the things you have to ignore in order to appreciate the touching storytelling at hand, which, to some, may conflict with DuVall’s sparkling naturalism. These are real people with real problems … only not so real conclusions.

That’s okay, though. Tears are shed, wine is passed, and hugs are shared; it’s a yuppie’s fantasy. Yet that comfortability also offers an appropriate escape for similar folk to enjoy for a solid 90 minutes. Sure, every problem that’s unpacked is stowed away with a polish by the end, but you can’t help but feel for these characters. DuVall provides sturdy skeletons for each of the actors to flesh out, and a few names do surprise. Smulders continues her divine run of indie excellence, while House of Pies’ Schwartz puts one radiant “For Hire” sign around his neck for anyone looking to cast their next drama. Lynskey and DuVall are entertaining together, too, as they play the pseudo guidance counselors and keep things together.

There’s a quiet serenity to DuVall’s direction, bottling up the Southern magic with sumptuous portraits and intimate lighting. Similar to Kasdan’s lived-in classic, you feel as if you’re lounging about the house with them, a feeling that’s either intense or relaxing depending on the situation. It would behoove the star-turned-filmmaker to keep cinematographer Polly Morgan on her speed dial, as they make a good pair. What also works is her vivid soundtrack, featuring the likes of Lia Ices, La Luz, and Liza Anne. Sara Quin, of Tegan and Sara, also makes her promising debut as a composer with a lilting score that soothes. Those who felt embalmed by Dan Romer’s work on Digging for Fire last year will feel right at home.

While The Intervention tastes vanilla, there’s enough flavor here to keep wanting more from DuVall. Despite its flaws, the film still manages to win you over, even if it never actually surprises you, making it quite an assured debut. That’s more than one can say about other ensemble dramedies cut from the same cloth, especially one aforementioned film above. It also goes without saying that any ensemble film is always going to be a risk, even for veteran filmmakers, and that ambition bodes well for DuVall’s future.The Intervention, oddly enough, winds up feeling exactly like those annual get-togethers: “It was nice.” 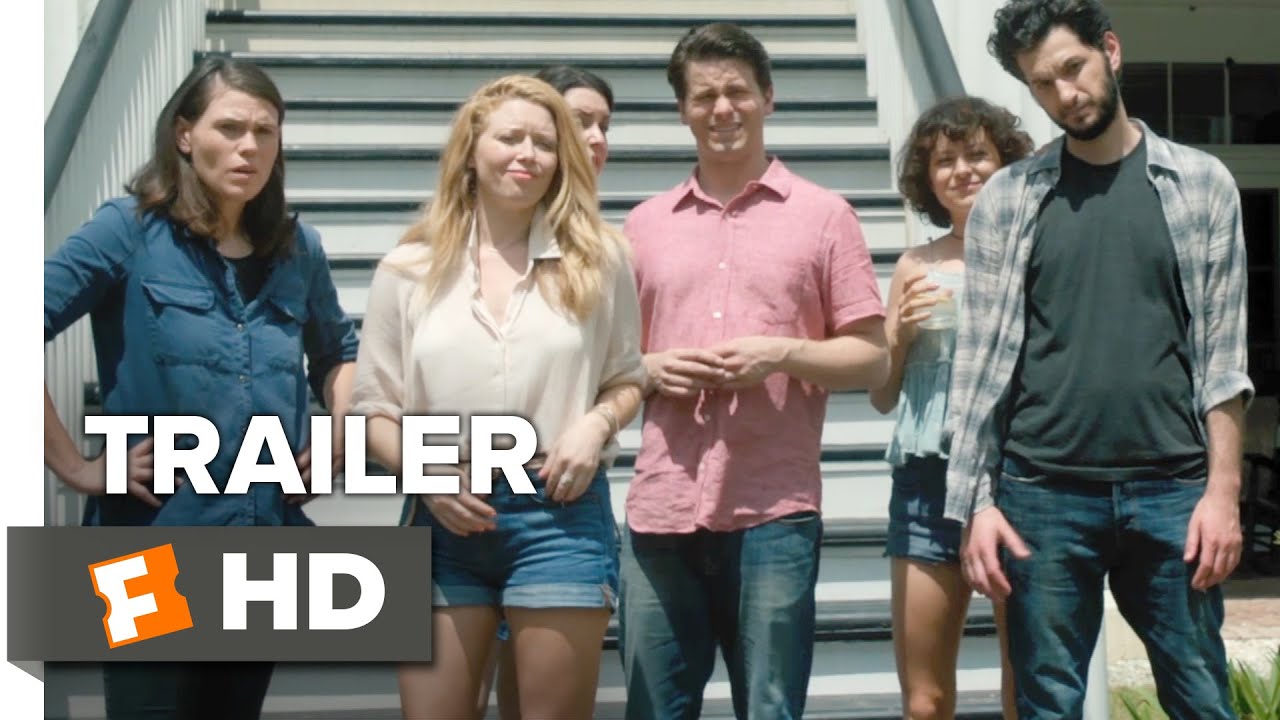