The performances are so strong in Other People that they just about make up for the weak storytelling. Maybe “weak” isn’t the best definition for writer/director Chris Kelly’s debut feature film, but its structure definitely pales in comparison to all the effort given on screen. We get vets Paul Dooley and June Squibb alongside sketch comedy icons Matt Walsh and Kerri Kenney. Another scene brings us Retta and Lennon Parham. The movie is loaded with talent from start to finish, but it doesn’t have the focus they deserve.

David (Jesse Plemons) has come back home to Sacramento to visit his ill mother (Molly Shannon) for New Year’s. His dreams of success as a New York comedy writer have only led to rejection, something he’s had to deal with on a personal level from a father (Bradley Whitford) who won’t accept that David is gay. Feeling an obligation, David decides to stay home to help take care of his mom. We follow David through the next year of his life as he deals with his mother’s cancer, navigates his way through being gay in Sacramento, and tries to find some peace with a father who makes it impossible.

One look at that description points toward heavy drama, but Other People is full of the funny. The movie’s at its best when it subverts the expectations from the typical “cancer movie,” reaching its high point during a family pow-wow dealing with the issue of cremation vs. burial over milkshakes at a fast food joint. Gabe and Justin (more on them later) deliver the out-and-out laughs (more on them later) while Shannon is revelatory in a tragic role — giving a comedic performance we’ve come to expect from her over the years as well as a rare, quiet turn from the dramatic end of the spectrum.

Plemons continues to impress as he distances himself further and further away from Friday Night Lights’ Landry a.k.a. Lance. He’s played a coldhearted sociopath in Breaking Bad, a mob thug in Black Mass, and recently a well-intentioned devoted husband in Fargo. He can add awkward, struggling comedy writer to his oeuvre. He is the eyes of the movie, and he never makes us pity him so much as he makes us relate to him. He utters, “I’m a good person” during a meltdown, and it’s understandable. “How will I be when she dies?” is asked, and of course it is. Why do these awful things happen to us, and, of course, them?

The two key relationships in David’s life, outside of his family, are his old friend Gabe (the always funny John Early) and his ex-boyfriend Paul (Zach Woods). Gabe is the beyond likeable buddy who takes him to a cool Sacramento gay bar (it’s not) and tries to get him back out into the dating scene. Oh, and his adopted little brother, Justin (J.J. Totah), steals the movie. The character is an effeminate tween who performs in drag for a party, but the role never comes across as offensive or crass because the kid sells the hell out of the performance. As Gabe, Woods is nothing like the roles he’s played in recent years (The Office, Silicon Valley). He’s not sensationally awkward — he’s loving, he listens, and he plays well off of Plemons. Both Gabe and Paul are strong characters with good stories that at times feel at odds with the rest of the movie.

And therein lies the problem with Other People. The line Kelly straddles is successful in the early going, but the tone becomes inconsistent by the time the movie reaches its halfway point. The serious is nicely undercut by humor for so much of the movie that it becomes jarring when it suddenly isn’t, or when one end of a Skype call seems like they’re playing in a different movie altogether. Other People works as a more humorous take on the material in last year’s under-appreciated James White, failing when it decides it wants to be that kind of movie. 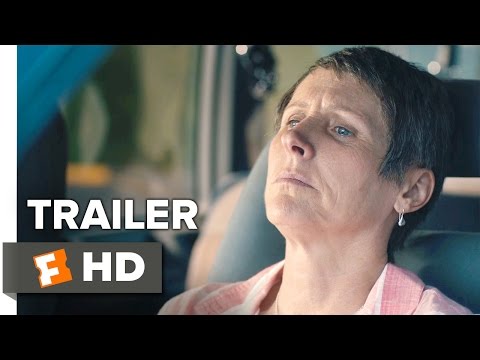