Admitting your fears gives you the opportunity to overcome them. And in songwriting, this sentiment is elevated, motivated, ironically, by a sense of the futility of human desires. You have to deliver your uncertainty with certainty. Striving for that one perfect pop tune propels you into an arena of relentless ifs, buts, and shoulda-woulda-couldas. You work hard, digging into raw emotion and grand ideas, only to package them into pockets of music that feel effortless and magical. Pop songs become megahits because of how easy it all seems. But if anyone knows about the hard work it takes to create a pop song, it’s OneRepublic’s Ryan Tedder: the man behind pop hits from Adele, Beyoncé, Taylor Swift, and U2, in addition to his own band.

He’s currently working with the cream of the pop, including Sam Smith, U2, Stevie Wonder, Santigold, Romy Madley Croft of the xx, and Ariana Grande — and, in a perhaps surprising appearance, Jónsi of Sigur Rós. “I was in Iceland a few weeks ago,” Tedder noted when we spoke. “Jónsi wants to get into writing pop music, so I have a couple of songs from him in an email that I’m going to try and make into pop records.”

Considering Tedder’s massive discography and list of successes, it’s sometimes difficult to remember all the hard work that goes into it, the struggles with writer’s block and outside pressures. But there are always workarounds. “Even if it’s a young, female pop star, I will go onto their Twitter page and see who they are talking about and what they are interested in,” he muses.

Tedder’s fearless demeanor comes from having learned important lessons along the way, each new milestone arriving with its own revelations. In our conversation, we spoke about the songwriting process, new album Oh My My, and five key artists he’s co-written with and produced, as well as the lessons he learned during those sessions. A strength of Tedder’s songwriting is his willingness to dive into the unknown, which means he’s open to whatever comes next: “You put out what you take in.” 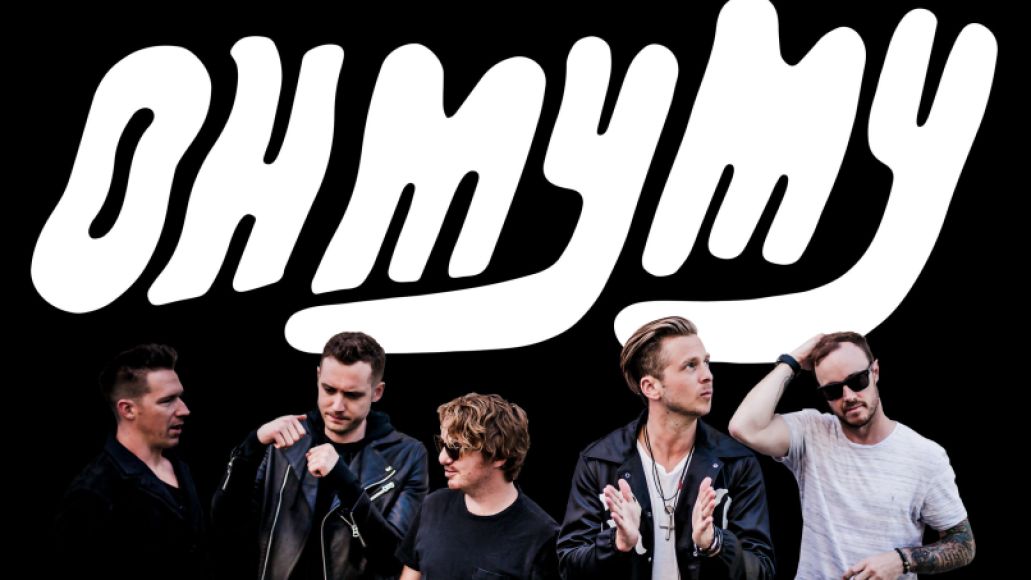 Is it a crazy time for you right now with a brand-new album? How is your mind?

I feel really good. I don’t really feel any stress, and I don’t feel anxious. Fortunately, this isn’t my first go-around! I know how this goes. I don’t ever pay that much attention to the first week. I’m more focused on week 52 into the cycle to see how we’re doing. I see the bell curve of OneRepublic as a gradual arc. It’s just a mindset that I’ve learned to adapt with being in this band after nine years.

It’s nearly a decade since your debut, Dreaming Out Loud, and navigating that powerful urge to make your musical obsession a career, to be an artist, writer, producer — did you ever think that nine years in you’d be where you are now?

It’s incredibly difficult because we’re in a solo artist-centric world right now, and it’s a lot harder to be in a band. I definitely hoped for it, though. I will say that when Zach [Filkins, guitarist] and I started the band, we sat down and wrote on a piece of paper what we wanted to do, the goals and how long they might take. We would look at a band that we liked, at how many albums they had, and figure out if it was feasible. I thought it would probably take four or five albums to end up in arenas, so I guess we’re a little bit ahead of the curve we had anticipated. The challenge as a band is evolving with where the world’s at and being able to reconnect each time.

Why do you think it’s easier to be a solo artist right now? Is it because showing one face for our ADD-society is easier to digest?

It’s a three-part answer, and people might disagree with me. I was discussing this at lunch with Lucian Grainge from Universal Music yesterday, and this is the exact topic that we were talking about. The DJ culture had its evolution, and bands had their devolution. The combination of pop, Bieber, DJs, and boy bands, that kind of casserole of things has helped stunt the growth of bands writing and playing their own songs with instruments. Here’s the thing: If you’re 18 and you want to go into music, and all of a sudden the biggest thing in the world is 5SOS and One Direction, what do you do? It’s 10 times harder to say, “Well, I want to be in a band like Cage the Elephant,” when all those bands are being drowned out by the pop sphere. I’m just old enough, but I was a teenager when the boy band craze exploded in the late ‘90s. There was a shift in culture. I remember when I moved to Nashville during the summers in college, the guys who two years earlier would have wanted to be in a band all of a sudden wanted to be in a boy band. I was not one of those guys.

Number one is the proliferation of boy bands as the alternative, and pop music and DJ culture. What’s the incentive to be in a band? Right now, if you want to be in a rock band, there’s no rock being played on radio. In the ‘90s, you could throw a rock, and you would hit somebody in a garage band. Number two is band personalities. If you have a lead singer who doesn’t really get along with people or has any kind of emotional or substance abuse issues, that alone will destroy a band. Number three — which is maybe the strongest reason — bands have a tendency to always look inwards, at each other in a huddle. You have guys talking to each other and hyping each other up about their own songs and sounds. Very rarely are any of the band members looking outwards and into culture and mapping it. I think a lot of bands get destroyed by group-think, because you all start drinking from the same well. 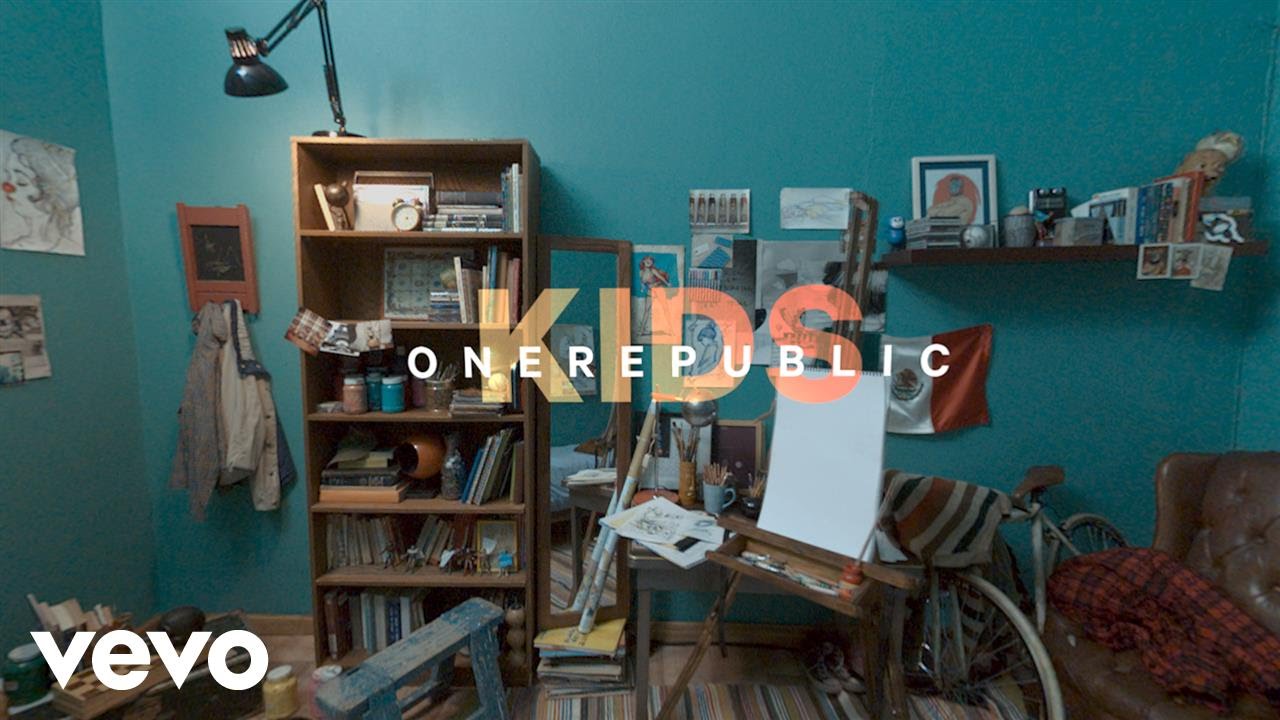 So, how the hell are you still in a band?

[Laughs] Yes, yes. Yep. I’d like to think that I’m a decent judge of character and personality when I meet somebody. So I relatively quickly can gauge how it’s going to go. When you’re the leader of a band, your role 50 percent of the time is diplomat. You’re trying to navigate the different personalities within the band, keeping morale up, but you want to do that without selling or misleading. I’m not going to lie to them and trick them into thinking everything is roses. Early on, when we were interviewing band members, we fired some people. We had a guy in the band … I won’t get into it, but he was turning it into a cancerous relationship, and he was, in a way, kind of causing cancer, so we had to cut him out. Every time we would interview somebody, my first conversation with them would be, “Do you like drugs? Are you going to snap months into this?” One guy who was originally going to be the cellist and bassist in the band was a huge pothead, and I was like, “Man, I can’t have you checking out mentally.” I’m not against weed. I just don’t want to have anybody that isn’t as committed as I was.

Producers have got to make tough decisions, too. Do you find that you’re a bit of a perfectionist, or do you leave things up to chance?

The concept of chance is something that can be the absolute greatest benevolent force, or it can be an absolute bitch and rob you of the moment. I started in Nashville as a songwriter, and that’s like … I don’t want to say it, but the Ivy League of songwriting. Pure songwriters reside in Nashville. They are more prolific than any writers in any city that I’ve ever been in. One thing I learned is that you never walk into a session without one good idea in your back pocket. In a sense, you could argue that that removes chance, but when you are spinning many plates like I am, time is the most valuable thing you have.

Is co-writing and producing 50% psychological? Do you have to fully comprehend an artist’s vision in order to figure out the best way to get them there?

Oh yeah! I have to connect. It’s a weird combination of disconnecting and connecting. If I’m trying to come up with a melody, I have to detach my brain. I have to shut down every aspect of the analytical side and put it in suspended animation and allow my right brain to fully take over my body. And then I write stream of consciousness. I open up a window to the sky and let whatever’s going to fall in fall in, and then it’s a combination of switching back and forth between pure creativity, where there are no rules, and what I am actually trying to say. In every song I write, there’s a critical moment of, “Is this about me? Is this about my real life? Am I going to take from personal experience, or am I fabricating and writing about someone else’s life?” It’s completely different from artist to artist. For Adele, it has to be 100 percent about her. For Beyoncé, it has to be lyrically about her; she has to connect with it 100 percent in her real life. 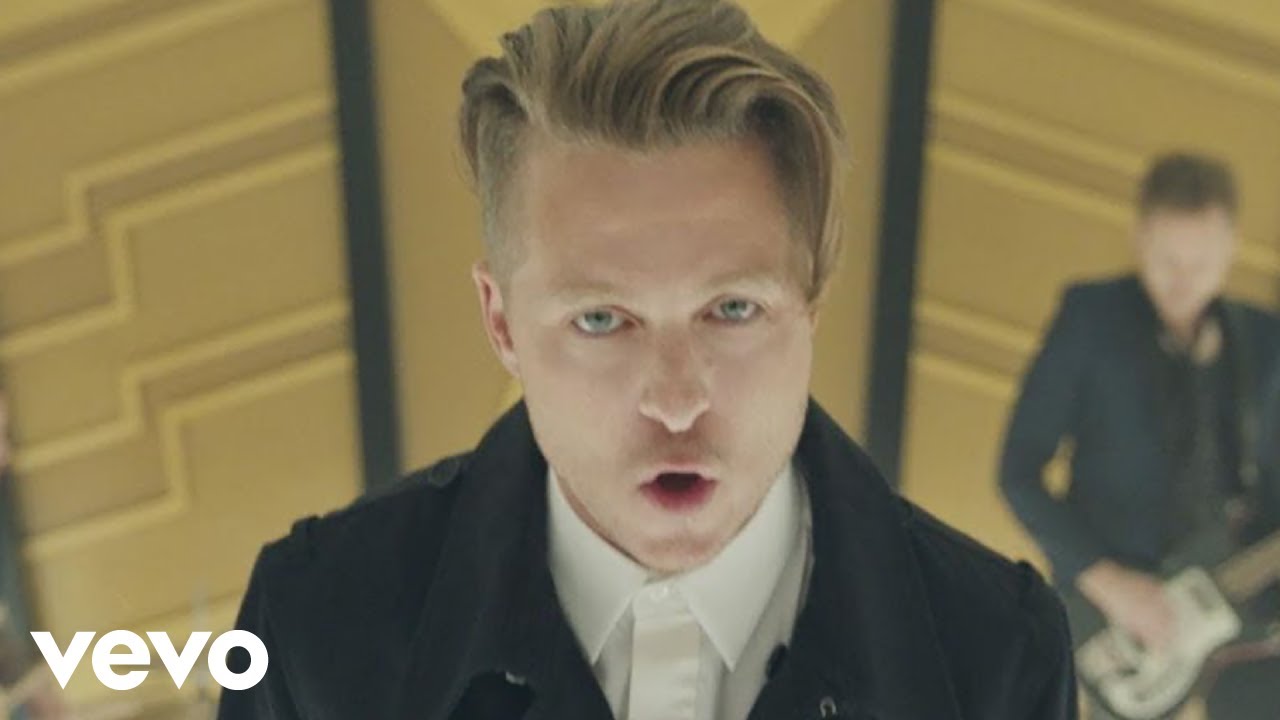 How did you find out that you could write songs for other people?

Well, it’s funny. My mother was a school teacher and taught me how to read when I was two. My greatest skill set in secondary school was English, literature, reading and comprehension. I attribute that all to my mother. I was massively into all the classic stuff; I read Steinbeck and Dickens. I was obsessed with writing. I was writing poetry, and then you combine that with a massive obsession with music — I was that kid walking to and from the bus with headphones on.

Dickens even said that “poetry makes life what lights and music do the stage.” And you have, what, three and a half minutes for a pop song to hook you in?

Exactly, and I had been playing piano since I was three, but I hadn’t written a note of anything. Those two worlds collided when I was 15. All of a sudden, I was finding, by accident, the relationship between chords. My dad had bought me a CD, the best of Diane Warren, the queen of the ‘90s power ballads. So, it’s no surprise that a lot of my biggest hits turn out to be these huge ballads. Once I realized there were these people writing all these hit songs, it was like discovering Santa Claus is real and then deciding, “Fuck it, I’m going to the North Pole.”

Click ahead for five stories about working with some of the biggest names in rock and pop history.

From Beyoncé to U2: Songwriter and Producer Ryan Tedder Chases Euphoria in the Studio