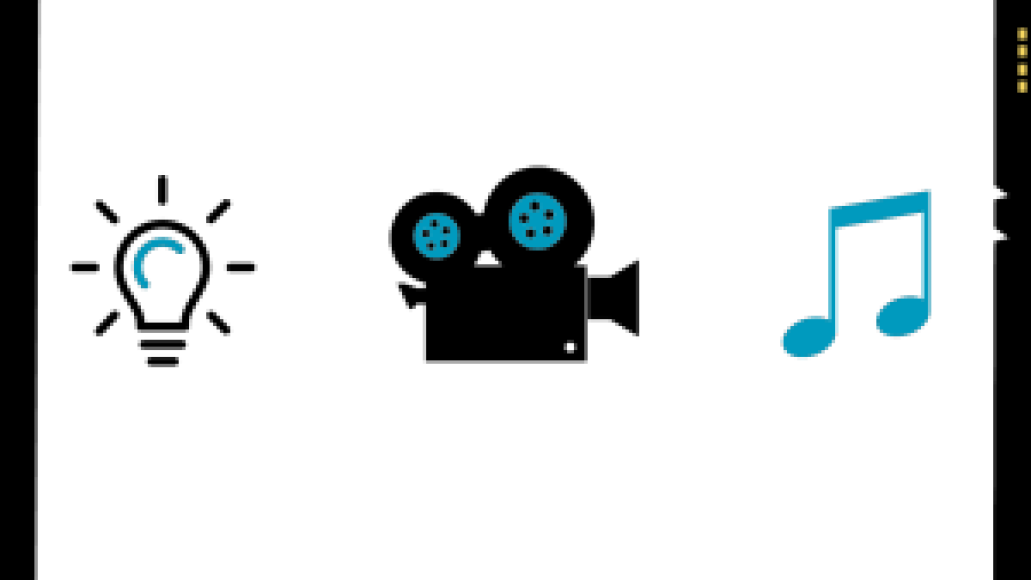 Ever wonder which movies inspire your favorite bands or how filmmakers work with artists to compile your favorite soundtracks? Sound to Screen is a regular feature that explores where film and music intersect. With David Lynch’s Festival of Disruption descending on Los Angeles this weekend, we talked to St. Vincent, Blondie, and Rhye about the filmmaker’s transcendental effect on their art.

Watching a David Lynch film is like walking into somebody else’s dream. His best films have the capacity to change lives irrevocably, their shape-shifting narratives at turns effeminate, humorous, quirky, and pretty, albeit with a black undercurrent. Lynch presents complex collages of plot whipped into a frenzy, tapping into the almost transcendentally eerie calm that follows grief. His movies sit like fresh, scabbing wounds: gaping, bloodied, but unbowed.

(Read: Every David Lynch Film from Worst to Best)

Lynch’s art is frequently mischaracterized as the wound itself, but as the late David Foster Wallace once remarked, that analysis misses a key component of the filmmaker’s worldview: “The very macabre and the very mundane combine in such a way as to reveal the former’s perpetual containment within the latter.” Lynch communicates serious pain, amplifying it until it cannot be denied while also insisting upon the reality within which it lives. There’s a lot of surreal science fiction to Twin Peaks, but at its core is a tragic story of sexual abuse and domestic violence. Blue Velvet disturbs what looks to be an idyllic small town with shocking violence, revealing the rotten core at the center of even the most vanilla-seeming society. And, well, Eraserhead probably has something to do with the crushing pressure of the modern, industrial world. Probably.

Simply put, Lynch is a touchstone, an influence to the artist and a solace to the outsider. “Who else could have Mel Brooks, Robert Plant, and St. Vincent on the same bill and have it make any sense?” asks Erik Martin, Chief Creative Officer for the David Lynch Foundation, the nonprofit organization behind this coming weekend’s Lynch-curated Festival of Disruption at the Ace Hotel in Los Angeles. On a personal note, his films have had a major impact on me: Flashbacks of scenes have matched nights on the highway along the coast of South Africa or the trauma of horrible, hurtful relationships. It’s the type of art that gets sewn together with so many important memories that I sometimes feel it should come stamped with its own trigger warning. I’ve cried, unexpectedly. I’ve laughed, conveniently. It’s delicate material to be handled with caution. But when handled properly, its rewards are many. 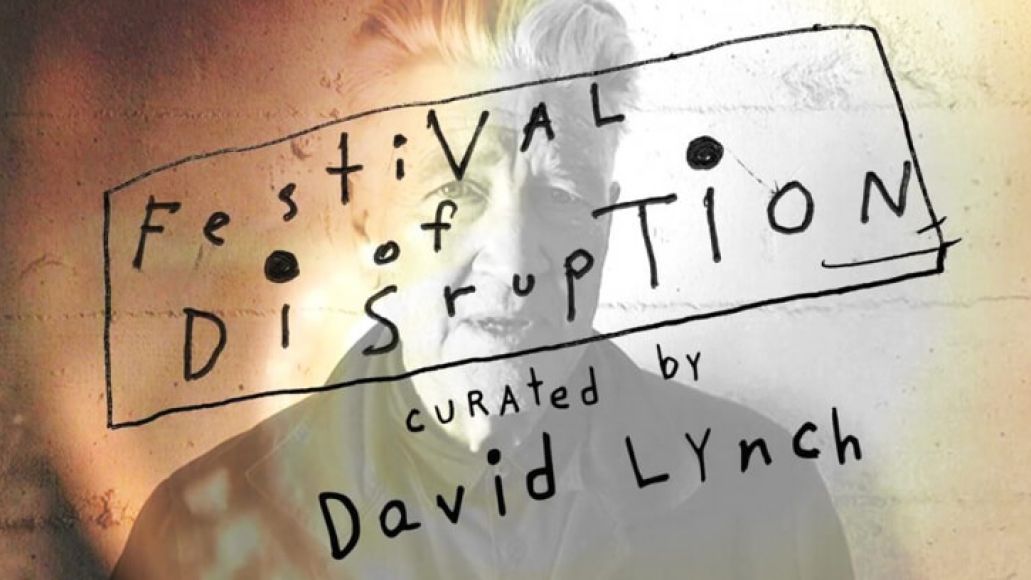 Seeing as how Lynch is someone who completely understands the reality of darkness, it seems fitting that his Festival of Disruption recognizes the need to offer a salve and escape. In a time of police subjugation, racism, oppression, and mass violence, we need to disrupt the norm and shuffle solutions (or at least attempts at solutions) into our agenda, to find a better way of life by transcending the expected. “Meditation offers a tool for people to process their suffering, endure adversity, and yet not be taken down by it,” says Jessica W. Harris, Executive Producer for the DLF’s live events and music division, DLF Live. The Festival of Disruption aims to foster meditation through mind-altering art, with all proceeds helping to bring Lynch’s favorite transcendental meditation to those suffering from stress and trauma. “[Transcendental meditation] helped me through a very hard time, and it helps me every day,” Martin says. “I like to repeat and share what David says: ‘It works if you’re a human being.'”

To those uninitiated, transcendental meditation is a technique meant to allow practitioners to detach from anxiety and promote harmony and self-realization. It was initially promoted by an international organization founded by the Maharishi Mahesh Yogi, guru to the likes of The Beatles and The Beach Boys. But the David Lynch Foundation is now trying to bring that to the masses, introducing the healing benefits of meditation to “at-risk” populations like the homeless, military veterans, war refugees, and prison inmates. And the Foundation has its sights set on expanding from the occasional benefit concert to an annual festival. “The festival became a culmination of the Foundation’s work over the last 11 years,” Harris explains. “We saw an opportunity to create an event that can be hosted year after year and travel worldwide.” As Martin argues, both the festival and Lynch’s art aim to give audiences something to think about in the long term. “Life is in fact a festival of disruption,” he insists. “But how we live within that is the cosmic game.” 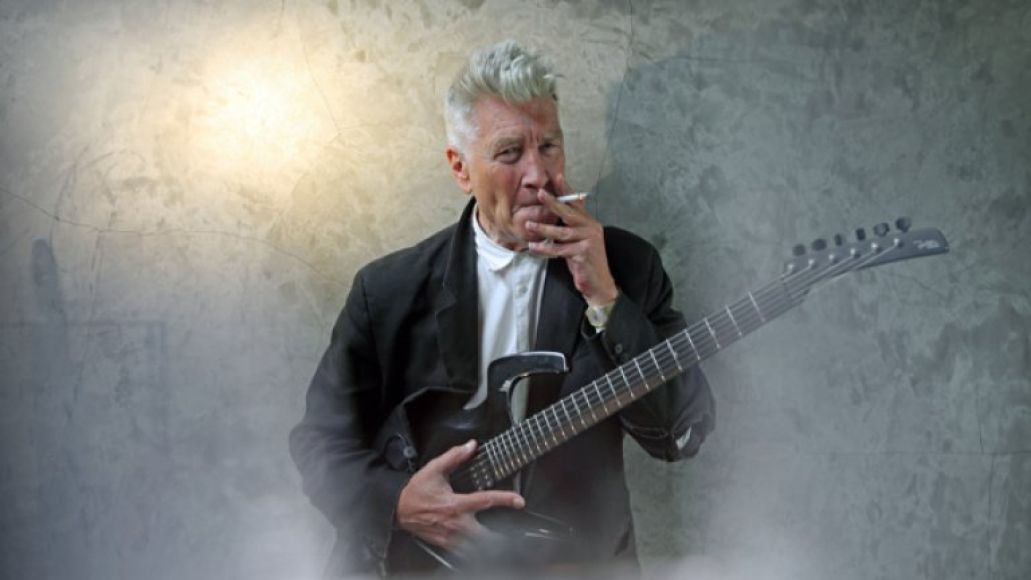 The philanthropic element certainly was a draw to the artists involved in the festival, allowing them the opportunity to give back in addition to performing for eager fans. But for some of the top artists on the bill, the ability to play a festival headed by David Lynch was a massive magnet on its own. That long, inspirational shadow seems to be the reason St. Vincent will be making a rare live appearance in 2016, why Rhye’s Mike Milosh excitedly discussed his favorite Lynch films and shared news of an upcoming record, and why Blondie were eager to talk about their upcoming, star-studded record and share an exclusive preview of guitarist Chris Stein’s photography, which will be on display at the festival.

Come to think of it, the two aren’t necessarily entirely divergent drives. Looking back at Lynch’s films, they often leave plenty of space for open-ended thought, little moments and feelings repeated like mantras, letting the brain explore and feel a sense of calm, peace, and beauty beyond even the deepest darkness.

Click ahead for interviews with St. Vincent, Blondie, and Rhye. 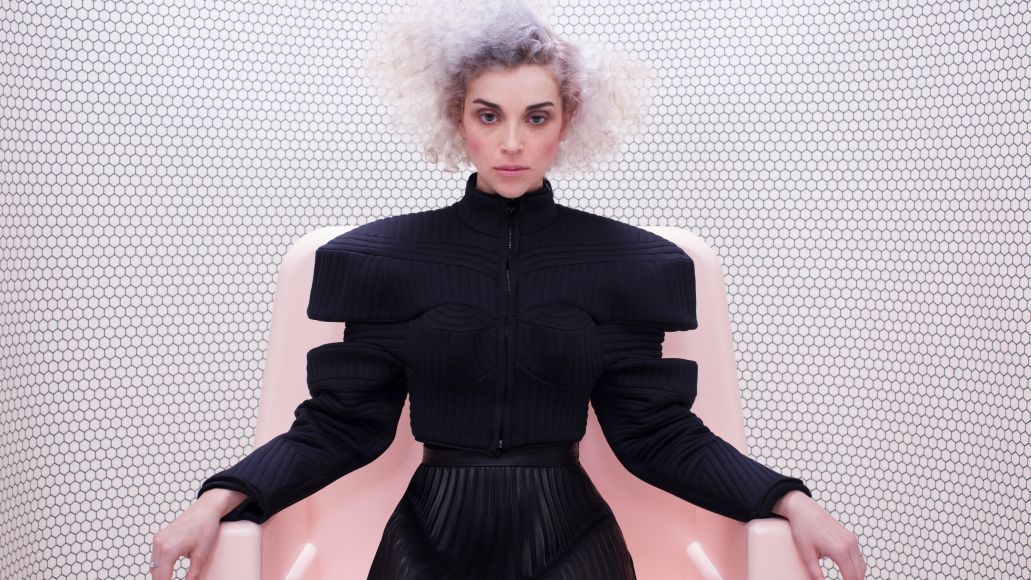 You’re currently taking a break from the press cycle and touring, but you’ve chosen to do this festival. What was the clincher, the hook that drew you in?

Growing up, how formative was David for you?

I once had an iced tea at a diner in Midtown with a great violinist. He asked me if I had heard Franz Schubert’s Die Winterreise, and when I said, “No,” he exclaimed, “How much you have to look forward to!”

Who would play you in the film of your life? 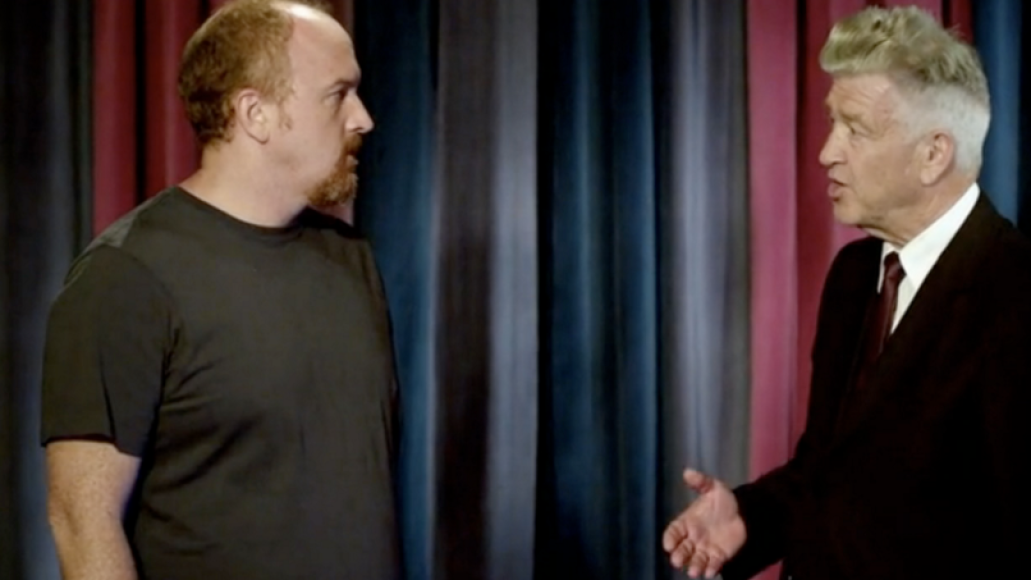 In essence, David Lynch’s festival is inspired by the work and mind of Maharishi Mahesh Yogi and bringing it into the sphere of art and entertainment. Life is a continuous whirlwind; we go through wobbles, intense highs, and work. It’s hard to get through it all. As an artist in the spotlight, if you are feeling a little disconnected, what do you do to click back and center yourself?

I am lucky to say that my process as an artist has been self-reinforcing and exponential. More experience! More ideas! More fun! More absurd! More serious! Let’s fucking do this! If I am bereft, it is because I am imbalanced in some form. Too much output and not enough input. Or too much input and not enough output. I am always looking for psychic and artistic homeostasis.

Then what keeps you awake at night?

The festival will be using its proceeds to bring transcendental meditation to those suffering from trauma and stress. Do you feel your music could be considered meditative? Do you find the creation process meditative?

For me, the creation process is increasingly more stream of consciousness, and in that way, more meditative. When I think of meditative music, I think of Brian Eno and Harold Budd’s The Pearl, or 1960s downtown minimalism. In that way, I don’t think of most of my own work as trance-like due to the (often) jarring-ness of the variation.

And Lynch’s work is frequently praised for blending the absolute mundanity and absurdity inherent in reality. Do you see life at those extremes?

I do! The other day I saw a man riding a bicycle on Santa Monica Boulevard with no helmet, just a yoga mat in his backpack. I thought, “Hmmm…”

Considering the muddiness of the world, what is the most encouraging sign for the future?

I have recently heard stories of North Koreans eating rats to survive. Finally finding freedom after starvation, rape, and torture. The human animal at its best is resilient, resourceful, and compassionate. I believe that transcendental meditation is a tool that gets the human animal closer to those streams.