It’s weird to think that when Rogue One: A Star Wars Story hits theaters, it’ll be less than a year after Star Wars: The Force Awakens. Wild world we live in, but hey, if it means more time in our favorite galaxy far, far away, the better. Well, now that we’re only a scant two months away from the first anthology film, Disney has unlocked a brand new trailer.

In the not-so-immortal words of Moff Jerjerrod, “This is an unexpected pleasure.”

Once more, we’re stunned at what we’re seeing, and this trailer makes those extensive reshoots from this past summer feel like a distant, would-be nightmare. It appears that director Gareth Edwards, who teased the trailer yesterday on StarWars.com, has delivered the intergalactic war story he promised years ago. Watch above and grab the swanky new poster below: 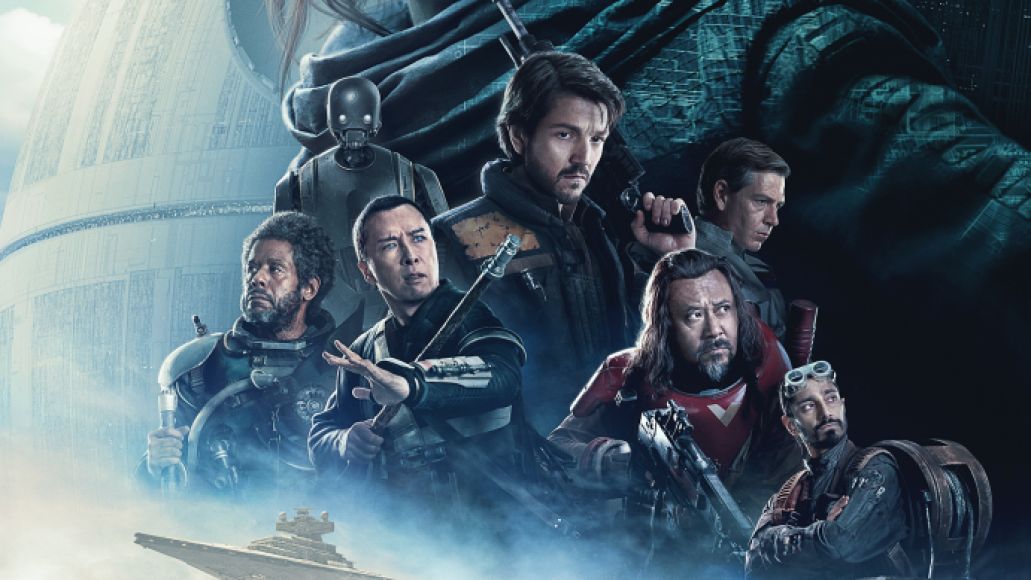 Set between Episode III: The Revenge of the Sith and Episode IV: A New Hope, Rogue One stars Felicity Jones as a rebel fighter who is part of an operation to steal plans for the Death Star. Diego Luna, Riz Ahmed, Ben Mendelsohn, Donnie Yen, Jiang Wen, Forest Whitaker, Mads Mikkelsen, Neil Breen, and Alan Tudyk round out the diverse cast.

Rogue One: A Star Wars Story hits theaters December 16th. For up-to-date news, commentary, and speculative theories, be sure to subscribe to our Star Wars podcast, State of the Empire, which airs twice a month and is hosted by the fine, smart, and hilariously irreverent folks at Nerdy Show. Oh, and may the Force be with you.

Here's the final trailer for Rogue One: A Star Wars Story -- watch