In the wake of a new album, it’s common for long-running indie bands to be dismissive of their earlier, more celebrated work. Wilco’s done it. So has Radiohead. And who can blame them? It’s frustrating to try something new as an artist, only to have your fans clamor for the old shit without ever giving it a proper chance. But the sad truth is, once you pass that four- or five-album mark, it’s bound to happen. You age out of being an unchallenged critical darling.

Craig Finn, frontman of The Hold Steady, is the rare musician who acknowledges this and (gasp!) actually seems okay with it. During a recent conversation with Steven Hyden on the latter’s Celebration Rock podcast, he admitted that, like most fans of his most well-known creative outlet, his favorite albums are the band’s first four. Just a month before that in an interview with Salon, he recognized 2006’s Boys and Girls in America, their third record, as not only a watershed moment in The Hold Steady’s creative journey and growing fan base, but one of the last times a beer-soaked, guitar-crazy indie record could easily sell 100,000 copies.

The reasons for the album’s enduring popularity are obvious. Even after The Hold Steady cranked out two knockout LPs in a little over a year, Boys and Girls in America was an album that still felt special for how celebratory it sounded. From Tad Kubler’s opening palm-muted chords of “Stuck Between Stations” to his dueling solos at the end of “Southtown Girls”, the band had reined themselves in from their formerly rambling musicality. If Almost Killed Me was their quirky, geographically specific Greetings from Asbury Park, N.J. and the more freewheeling, verbose Separation Sunday was their The Wild, The Innocent & The E Street Shuffle, then this was surely their Born to Run. It was triumphant. It was muscular. It had choruses! It was as if The Hold Steady was doing their damnedest to justify the Springsteen comparisons that are still (obviously) being made to this day. It was as if they were doing their damnedest to live up to being “The Best Bar Band in the World.” Just because that moniker was somewhat of a PR stunt on their part didn’t mean it couldn’t be true. 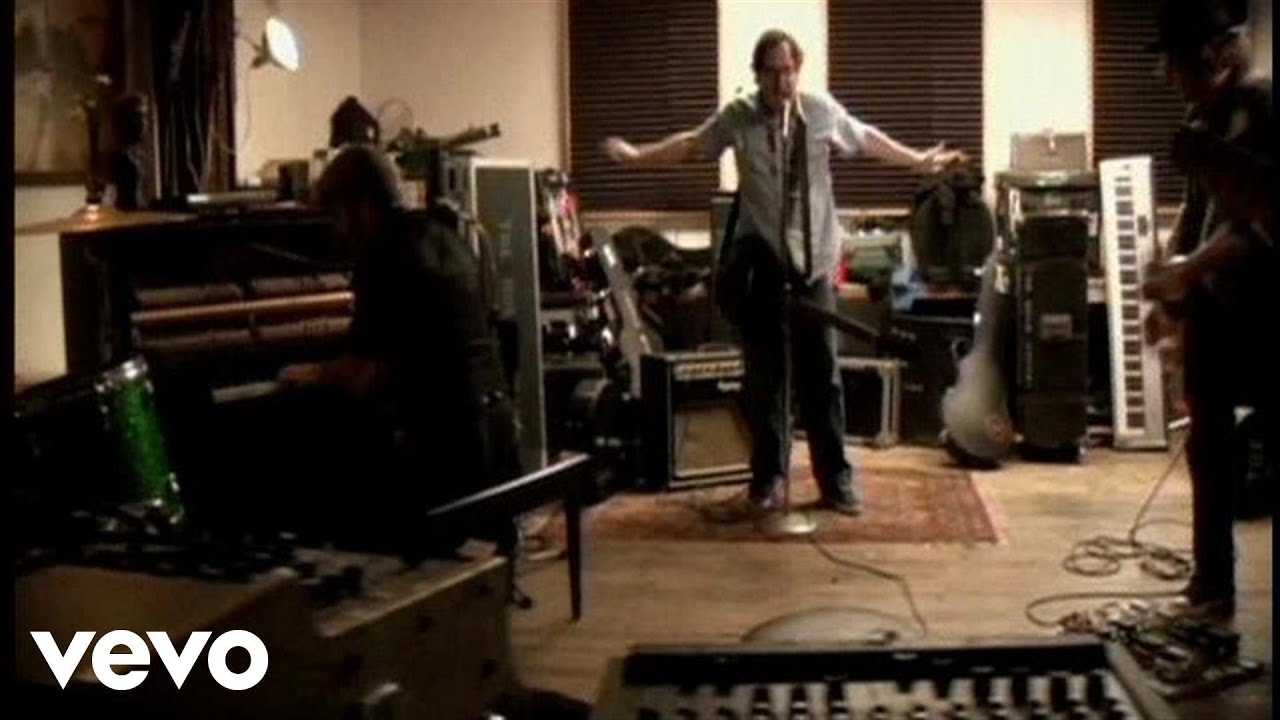 I’d also be remiss to not bring up Franz Nicolay. Although he guested on Almost Killed Me and became a full-time member of The Hold Steady with Separation Sunday, it wasn’t until Boys and Girls in America that he rose to secret-weapon status. Where would “Chips Ahoy!” be without his full-chested backing vocals? How would “You Can Make Him Like You” even exist without his galloping piano line? The wildness of “Same Kooks” comes from his organ wailing and so on. Mustachioed and often accompanied by a bottle of red wine onstage, it was as if he embodied the two distinct sides of mid-career E Street: his accordion and mad-scientist organ work recalled the Boardwalk eccentricities of Danny Federici, while the momentum of his piano brought to mind Roy Bittan. There’s a reason why fans whipped into such a frenzy when the band announced Nicolay’s return for a handful of 10th anniversary shows — like Finn, they associate The Hold Steady’s best years and best albums with him.

But you already know that. This feature is called “Dusting ‘Em Off”, and as such, it’s not my job to tell you what makes Boys and Girls in America one of the best rock records of the past decade. Rather, I should tell you how it looks 10 years later. Were we wrong about anything? How is it informed by the work that came before and after it? What do I notice about it that I didn’t before? The problem is, I listen to the damn thing at least once a month, so frequently that there’s hardly any dust to wipe off from the LP’s sleeve. And yet it’s only now, when tasked with writing and thinking seriously about it at 32 years old, that I’m wondering if its longevity has less to do with its bombast and more to do with its maturity.

Yes, I know that may seem like a non-applicable word — maybe even a blasphemous word — when talking about a band known for reveling in Kerouacian travelogues and slob-in-the-corner poetry. Even the title of the album comes from text found in Kerouac’s On the Road. But let’s look at that original quote from Sal Paradise, which first appears in “Stuck Between Stations”, then again four songs later in “First Night”. “Boys and girls in America have such a sad time together.” There’s a despondency there that, at least lyrically, is a far cry from the mysticism and unreliable narration of Separation Sunday. While that record certainly had a handful of grit and some darker moments, there was still a sense of everyone surviving. Its holy trinity of central characters — the pimp Charlemagne, the skinhead Gideon, and the constantly mutating Holly — all got out alive. Sure, Holly may have gotten crucified at the end after a lifetime of bad decisions, but it was only so she could get resurrected in the closing song.

But there’s little rebirth to be had on Boys and Girls in America, even when Finn revisits the figures from his past work. On “First Night”, Holly doesn’t come back to life renewed; she simply ends up in the hospital. Likewise, Charlemagne’s left in the streets going through withdrawal, and Gideon’s probably holed up in an undisclosed hotel, nowhere to be found. All the while, Finn laments the whole group no longer being able to get as high as they once got. That’s a problem that anyone who’s getting older (i.e. everyone on the planet) can relate to. “High” can mean many things: feeling drunk, feeling good, feeling healthy, even though your lifestyle is anything but. Feeling young.

All of this points to Boys and Girls in America saddling its characters with more realistic problems than Separation Sunday, or at least a more realistic outlook of those problems. When it comes to the words, the stories all coalesce into something that’s much more straightforward, ordinary (the horse-race telepathy of “Chips Ahoy!” notwithstanding), and anticlimactic. The overdoses aren’t a means of coming back to life; they’re just overdoses.

Just look at the boy-girl duet of “Chillout Tent”. Two young people take too many substances at a music festival. They’re brought to the medical pavilion. They wake up, share a make-out session, then go their own separate ways, never to see each other again. It’s not exactly a happy ending. It’s just an ending. Even with the shimmer of Lloyd DeBonis’ mariachi trumpet, there’s a world-weariness to the story, especially given the identity of the two guest vocalists. The characters aren’t played by age-appropriate singers in their early 20s, but Soul Asylum’s Dave Pirner and The Reputation’s Elizabeth Elmore — two Midwestern rock ‘n’ roll hoofers who were 42 and 30, respectively, when they recorded the song.

“Party Pit” also relies on blending sonic brightness with characters who ultimately end up deflated. A guy returns home from school to Finn’s old stomping ground of Minneapolis, hoping to start a band and reconnect with a former fling. But he soon realizes that he and his lost love are on different paths. As Nicolay’s accordion and Peter Hess’ saxophone swirl around him in the finale, he finds himself wandering around the club of the title and drinking. “Gonna walk around and drink” isn’t a narratively satisfying ending, but it’s certainly a realistic one. Similarly, album closer “Southtown Girls” concludes with the narrator loitering outside Party City, waiting for either a girlfriend or a drug dealer to show up. To this day, I can’t walk by a Party City and not hear the words “Noisemaker blues” clattering around in my head.

That’s not to say the lyrics on Boys and Girls in America somehow cancel out all the joy found in the music. Quite the opposite. It’s more about The Hold Steady embracing an increased sense of dichotomy. As the music got more anthemic, so did the realism of the words. Even the most upbeat track, “Massive Nights”, doesn’t get away unscathed. For all its memories of backseat debauchery and high-school dances, there’s still a botched suicide attempt in its closing seconds: “She had the gun in her mouth and she was shooting up at her dreams/ When the chaperone said that we’d been crowned the king and the queen”.

There’s a callback to that line on the title track of The Hold Steady’s next record (and their last studio recording with Nicolay), Stay Positive. “When the chaperone crowned us the king and the queen”, half-sings, half-barks Finn, “I knew that we’d arrived at a unified scene”. One album later, a final image of harm has been replaced by a final image of harmony. It’s an adjustment that’s very much in line with Stay Positive’s theme of, as Finn himself has put it time and time again, “aging gracefully.” Boys and Girls in America, on the other hand, is just about aging, a process that’s often more painful than graceful. Sometimes, though, you can fight it. You can turn up your amps, fortify your wine and your choruses, and convince yourself that you and your characters (but mostly you) have grace. And if you do that, you might just make it out alive.

Refusing to Age Gracefully: The Hold Steady's Boys and Girls in America Turns 10