For a minute there, it seemed like New York’s Founders Entertainment just couldn’t catch a break. First there was the tropical storm that wiped out 2013’s Governors Ball, which they recovered from well enough to throw a top event the following year. But then the 2015 clustercuss occurred, followed by this year’s heavy rain and canceled third day. On top of that, AEG encroached on their turf with Panorama, forcing a sale to Live Nation. Even the launch of The Meadows was marred with controversy, from misleading information about the location and involvement of the Flushing Meadows Corona Park Alliance, to the cancellation, uncancellation, and then re-cancellation of headliner The Weeknd. And once again, the weather wasn’t looking good.

But it seems someone smiles on the young promoters on even years, because the launch of The Meadows was by and large a successful one. The skies may have been dark, but the rain held back, and frankly it was downright pleasant to attend a festival in cool temperatures instead of under a blazing sun. Yes, The Weeknd situation was a complete headache from all sides, but replacement performer J. Cole delivered a completely worthy show in the Canadian artist’s place (more on that later, of course).

As for the location, calling the E and F parking lot outside of Citi Field perfect would be a stretch, but it certainly could have been worse. I’d never actually been to a concrete festival before, and was largely dreading it. In the end, some sore knees and feet were the worst of it, while the setup as a whole made the best possible use of a less than desirable locale. Getting in and out was fairly easy, even during the rush caused by Kanye West‘s truncated set; I had more anxiety and frustration leaving the Coachella site after Radiohead in 2012 than I did on Sunday evening. 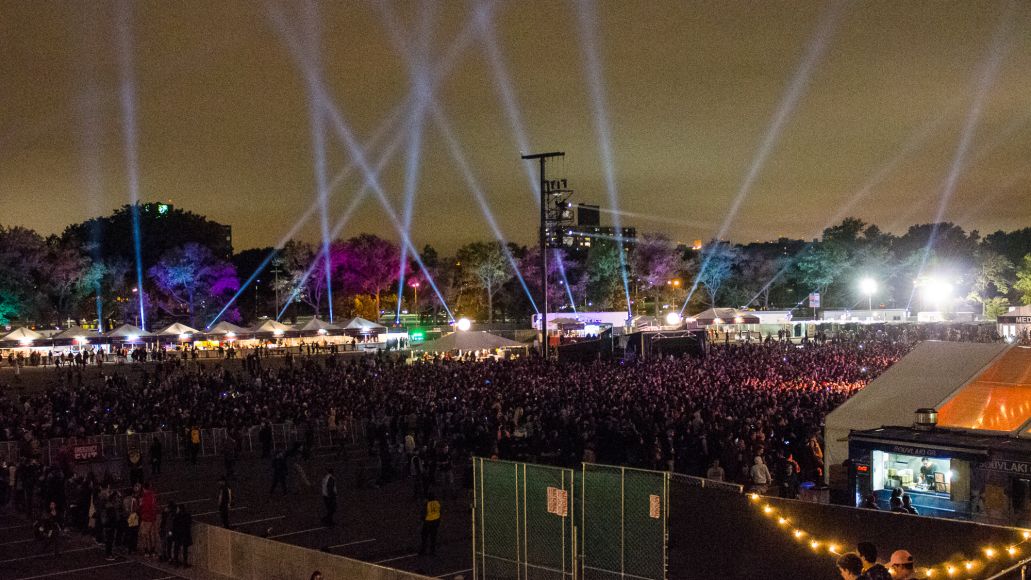 The circular design of the event made navigating the grounds a simple chore. No stage was more than five minutes away from the other, and they were situated in such a way that sound bleed was never a concern. Schedulers utilized the same two-at-a-time alternating structure they’ve employed for years at Gov Ball, meaning the active stages were always at complete opposite corners of the festival. Locking production in the center of all four stages with a service road leading in under a pedestrian bridge undoubtedly made staffers’ work that much easier.

Food and beverage options were plentiful and placed on the outer rim of the festival’s footprint, leaving clear lines of sight from almost any point on the grounds. The eats were better even than those at Gov Ball, especially with the $25 Festival of Queens experience. Back by the main Meadows Stage was a little fenced off area featuring five local vendors each serving a different ethnic cuisine, including Colombian arepas, Thai noodle soup, Nepalese momos, and Mexican tacos. There was even Mexican ceviché, making this probably the only festival you could get a delicious cup of shrimp and squid made to order.

Of course, no inaugural festival is without its hiccups. The security seemed under-informed and largely disinterested, appearing to fly by the seat of their pants for most of the weekend. However, the bigger issue was something that’s in no way a fault of the festival, and, instead, comes down to just a basic truth of New York City music festivals: the crowd will always be young and ignorant. Maybe I’m jaded in my old age and years of attending festivals, but goddammit if most of the attendees didn’t act like drunken, drugged out brats. Sure, people will always go overboard, but that doesn’t make it any less sad or worrisome to see so many of them unable to handle themselves … or their friends. 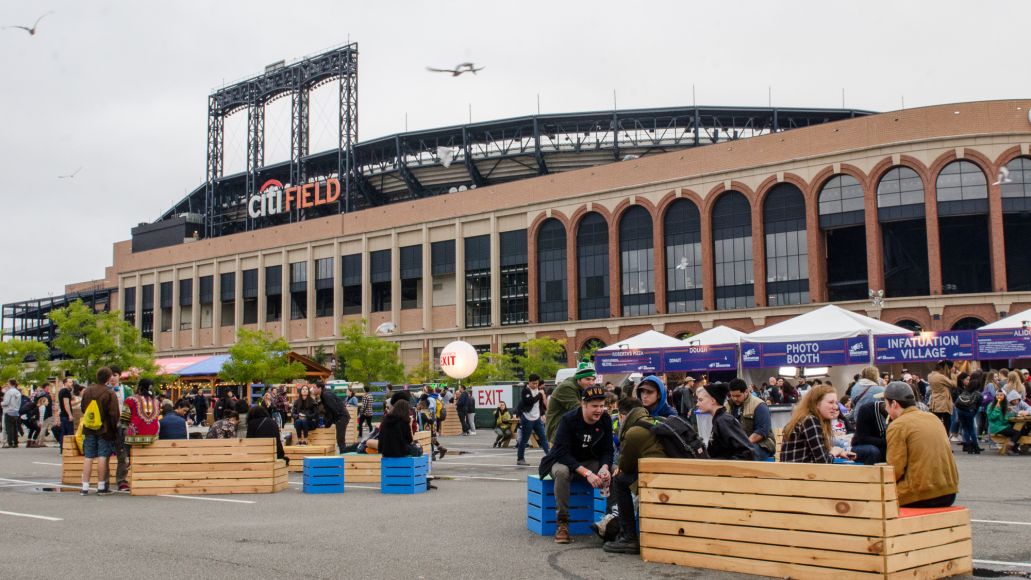 That lack of maturity really showed before Chance the Rapper performed on Sunday. A large crowd had been building at the Meadows Stage all day, half there for Chance, half for Kanye. As soon as pre-Chance act Bryson Tiller left the stage, the crowd surged forward, crushing those up front against the rails. A festival production member came out on stage and asked people to move back, first politely and with general concern, and gradually with more frustration. He was up there for a solid 30 minutes pleading with folks to show a bit of decency and concern for their fellow attendees by taking a simple step backwards. This isn’t a tall ask at big shows, to be sure, but what was so dismaying was how long this particular incident went on. It exposed a sense of entitled self-centeredness amongst the youthful audience that should be the antithesis of a festival vibe.

Naturally, this wasn’t everyone, and the discouraging feelings the situation aroused were far from prevalent over the course of the weekend. It’s simply something worth noting as the NYC festival scene continues to expand and the locals become more and more familiar with proper festival etiquette. But as the most recent sign of that expansion, The Meadows put on an admirable first edition. It was overall well-managed, undemanding, and most importantly, enjoyable. Even as it favored electronic and hip-hop artists, the lineup provided highlights from all genres. Click ahead to see the 10 acts that should be remembered as the ones that started Queens’ first music festival on the path towards success.