For the last decade, Waxploitation founder Jeff Antebi has been working on a charity book called Stories for Ways and Means. Antebi spent those ten years asking a range of musicians to write short stories in collaboration with varied and acclaimed visual artists. After all that time, the 350-plus-page collection is finally ready for release, and the final list of contributors is incredibly impressive.

All sales of the book go to benefit non-profits and NGOs like Room to Read, Pencils of Promise, and 826 National, all of which focus on “advancing children’s causes around the world,” with a particular focus on literacy. The hardcover book is available for pre-order now, with 100 “rare rare rare” limited edition copies signed by Cave, Vernon, Banhart, Gary Numan, Del, Hanna, John Vanderslice, and artists James Jean, Anthony Lister, and Dan Baldwin going for $500. You can also purchase T-shirts, totes, and signed prints at the book’s online store.

Watch a trailer for Stories for Ways and Means featuring clips of some of the artwork and narration below, followed by a look at the book’s cover. 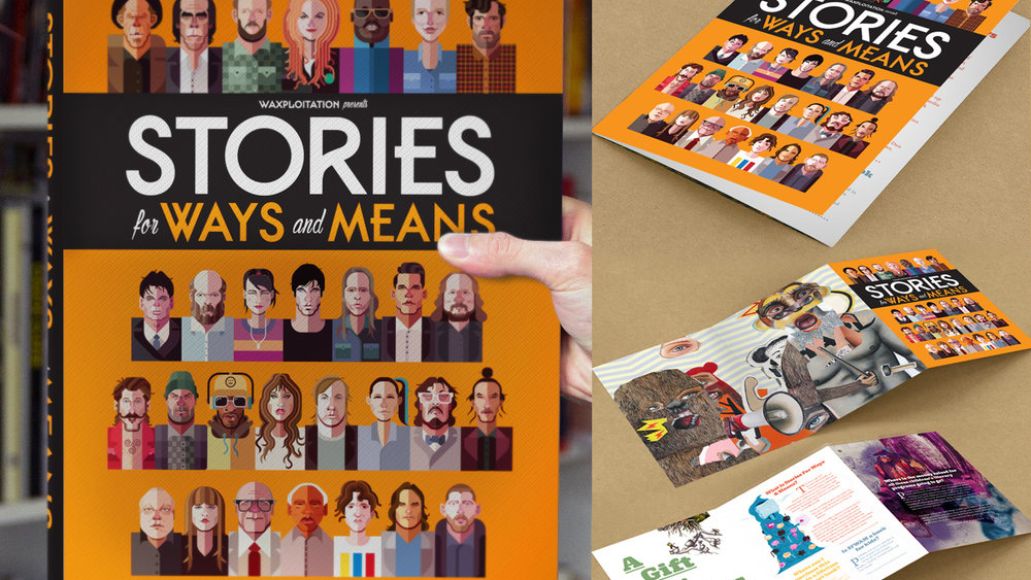