Father John Misty has strong opinions on pretty much everything, and he didn’t pull any punches when he found out that one of his songs had been covered on reality television series The Voice. On last night’s episode, contestant Aaron Gibson covered Fear Fun track “Hollywood Forever Cemetery Sings”. His performance drew high praise from the coaches, with Adam Levine commenting, “Your voice is so special that you have the responsibility to be a singer.” If Gibson was hoping to earn a similar compliment from Josh Tillman, well, that’s not exactly what happened. Upon finding the clip online, Tillman expressed his dismay by writing “why God why” in a post on Facebook. That post has since been deleted, but luckily Pitchfork caught a screenshot: 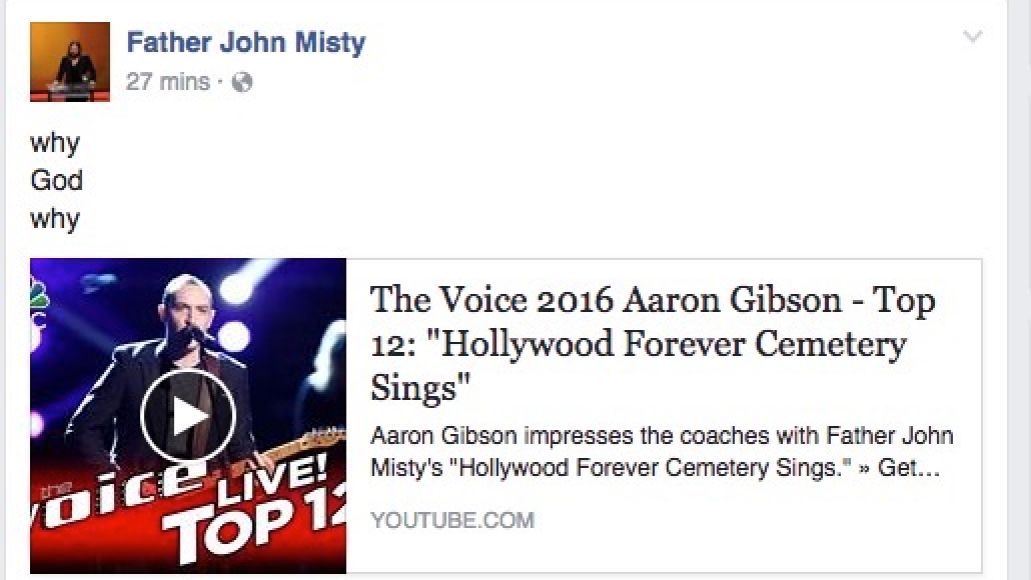 If you’re curious about the performance that elicited such withering criticism, you can check it out below.

Father John Misty would rather not be covered on The Voice: "Why God Why?"