For what seems to be the better part of the past decade, director Ang Lee has been gleefully caught up in the magic of 3D. He tackled 2012’s Life of Pi not just because of its critically fawned-over narrative, but because of what he could do with it. Lee made animation look real. Endless stretches of water looked like syrupy mirrors. The tiger’s hair rustled with equal parts weight and levity. The film raised the bar, slightly or greatly depending on how you look at it, for 3D films that sought to avoid the pomposity of Avatar — and Lee was awarded for such. With 11 Oscar nominations and his second Oscar win for Best Director, Lee knew he did something right and, it seems, then craved a new challenge within the field. How do you make memories — flashbacks, nightmares, imagined possibilities — look real when you’re already using real people to begin with? Billy Lynn’s Long Halftime Walk, Lee’s newest film adapted from the 2012 Ben Fountain novel of the same name, struggles to find an answer.

On paper, Billy Lynn’s Long Halftime Walk is a story many veterans can relate to. Billy Lynn (Joe Alwyn) and his troop, Bravo Squad, return home in 2004 after fighting in the Iraq War. After his brave attempt to save Sergeant Shroom (Vin Diesel) is captured on a journalist’s abandoned camera, Lynn is heralded as a hero, but the murders he committed haunt him from justifying that title. As the Bravo Squad takes part in a Thanksgiving halftime celebration at Lone Star Stadium, the film’s characters flash by quickly: Lynn’s sister (Kristen Stewart) fears his trauma is PTSD, a cheerleader (Makenzie Leigh) flirts her way into his heart, an agent (Chris Tucker) tries to land their story’s movie rights for hundreds of thousands of dollars. Everyone wants something from Lynn, and all the while Lynn is trying to come to terms with himself. There to document it all are 4k HD cameras filming in 3D, an insane 120 frames-per-second rate cataloging each scene. Where an explosion of dust as bullets pierce through dirt walls feels extra vivid, much of the film does not. It’s the everyday moments that feel cheapened through the expensive upgrade and, in turn, the film as a whole.

There’s a place for intense focus on emotions when a film is ripe with reasons to tear up: re-deployment fears, unavoidable trauma, insecurity in the wake of death. Lee fails to let those emotions do the talking. Tearful eyes over the prospect of walking away from a girl look just as dewy as eyes recounting the death of a sergeant or eyes processing a movie deal that could’ve been. Conversations backstage and focused faces mid-conversation feel cheap and over-exaggerated, and it all stems from Lee’s obsession with facial reveals. If eyes are the window to the soul, Lee sticks viewers in a mansion with few doors or walls to look at. Billy Lynn’s Long Halftime Walk prides itself on detailed close-ups. Each character struggles with their own trauma — You can see it in their eyes! Look! — and bottles it up with an intentionally noticeable bite of the lip or lump in their throat. After a while, that grows tiresome. If everything becomes hyper-real, then it loses its meaning, especially when watching face after face flash with terror or, more regularly, an inability to readjust to the triviality of first-world problems.

Billy Lynn should by no means be denounced because of topic, nor should post-traumatic stress disorder be trivialized. PTSD is real and viable and takes its toll in quiet ways. Soldiers such as Lynn battle with pride, honor, and self-care, but many fail to address all three with equal importance. More often than not, once in the thick of battle as visions of wounds, explosions, and deaths pepper their thoughts, soldiers feel dishonor in removing themselves from service to take care of what’s often summed up as traumatizing flashbacks, rather than a physical brain injury. Serving their country becomes a self-employed must, a job they feel the need to carry out because they’ve already come so far; removing themselves from duty when not physically unable is seen as a sign of weakness, a white flag with no blood on the tip, and so PTSD continues to be belittled by soldiers and bosses alike. We deserve a film that digs into that warped circle properly, not one that perpetuates the condition’s opacity.

This is an adaptation, not a PTSD documentary, so the pain is dolled up and the romance is overblown, but the film’s wrong turns come from a lack of turning at all. An anti-war film that remains pro-soldier leaves plenty to be discussed, but instead of doing so, the plot toils with trauma in the moment, a single day’s events summed up and addressed with memories recalling earlier moments from the Iraq war or Billy’s first days back at home in Texas. Everything feels YA, without the rich authenticity of the best YA films. Lynn strives to make his older sister, Kathryn (Stewart), proud — in part as revenge for the man who broke her heart and the physical injuries she suffered as a result — and she wants nothing more than for him to see a doctor, to resign from his troop. Their plotline ties a knot with limp rope, leaving little to grip viewers come the end. At the Thanksgiving football game, a passionate fling with a cheerleader leaves Lynn doe-eyed, but each conversation shared between the two flops with stereotypical dialogue. Even the Bravo Squad’s banter feels like that of men who have known each other for a few weeks at most, not soldiers who fought alongside one another. Don’t let Billy Lynn’s Long Halftime Walk‘s technical achievements carry the full weight of its errors. The plot and its poor execution leave the camerawork struggling to find much to dazzle with.

Perhaps the script is to blame for its own delivery; cliched words bring out cliched delivery. The only moments in the film where words, presentation, and action fuse together well are when football comes into the mix, when American obsessions battle it out: patriotism and sporting culture. In a press conference before the Dallas Cowboys game, the Bravo guys line up behind microphones as team owner Norm Oglesby (Steve Martin) begins fielding questions. Flippant questions and flimsy consideration for the soldiers make for a tough, tense Q&A, a scene where each actor gets a chance to highlight the scars of PTSD. Then, during the actual halftime show where the Bravo Squad are used as props during a musical performance by Destiny’s Child (who, of course, are not actually played by Queen B and co.), pyrotechnics, fireworks, and harrowing drumline sounds trigger a barrage of real-life memories, all of which paralyze Lynn and viewers alike. It’s then that the film’s expensive filmmaking proves its worth. Lee’s frame rate tries to draw that out into the mundane scenes bookending those moments, but it only highlights the weaknesses of a subpar script and acting.

Two hours is plenty of time to place viewers in Billy Lynn’s shoes. A frame rate of 120-frames-per-second is detailed enough to convey every minuscule evolution through fear. And yet Lee, a director who’s been capable of using length and detail to his advantage before, leans so heavily on production that he fails to see the flimsiness of a script too predictable to merit that technical intensity. Billy Lynn’s Long Halftime Walk is a crystalline look at humdrum when PTSD quivers beneath its bangs and pops, but it’s hard to feel anything, even sympathy, when you already know how the movie ends. It’s a war story that should be felt, but instead tells you how to feel. Lee’s creation isn’t wasted, though. Now when it comes to 4k HD cameras and ridiculously high frame rates, directors know what not to do. 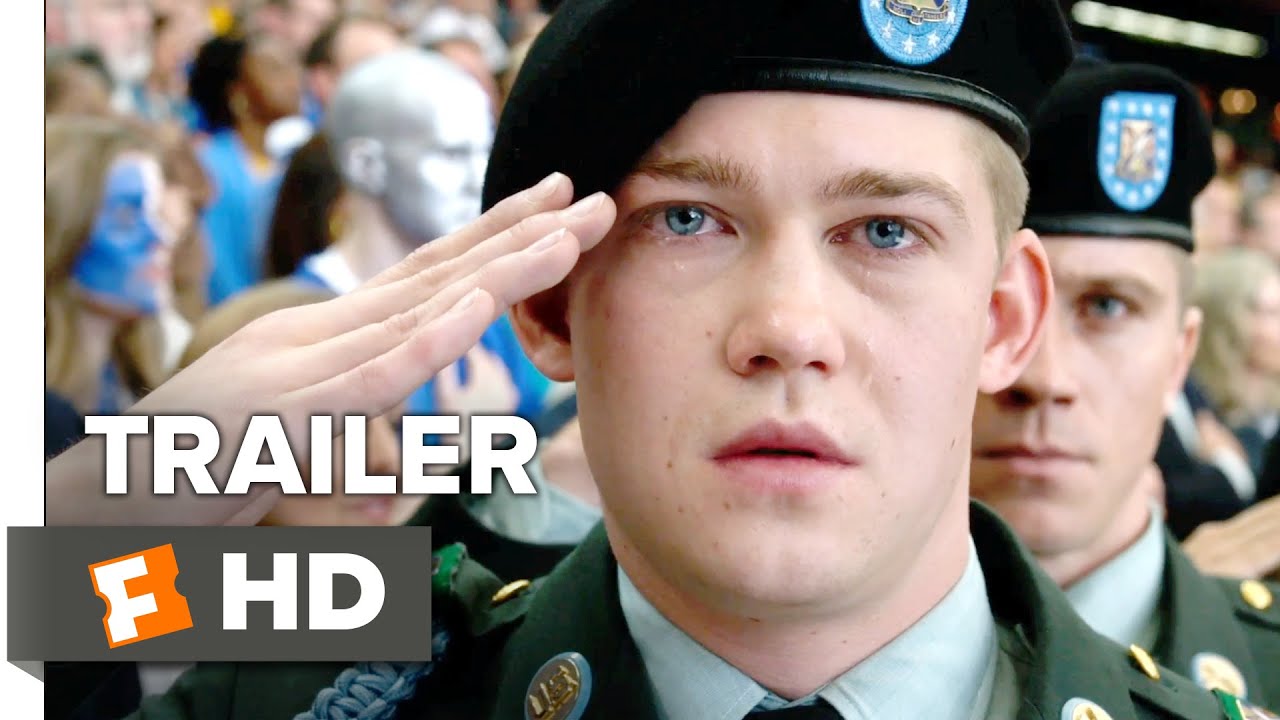