Metallica pulled in 25,000 fans to their concert in Bogota, Colombia on November 1st. The only thing required of the hall-of-famers at that point was rocking up to the point that the crowd lost their stockings, but they used their platform for a lot more than that. During the show, the thrash legends collected non-perishable food for starving children and animals in Colombia’s La Guajira region.

And their audience readily gave, bringing in a staggering nine tons of food and other items through the hunger-fighting charity the Challenger Foundation and the animal wellness charity Corazones Peluditos (Furry Hearts).

A group of Metallica fans in Colombia who call themselves the Lords of Hardwire — after the band’s upcoming album — brought the initiative to the band’s attention. The indigenous Wayuu people who live in La Guajira have suffered more than 3,000 childhood deaths from malnutrition in the last eight years, and they hope to save the lives of some of the children by providing them with non-perishable foodstuffs.

Metallica’s Latin American concert promoters Move also created a massive statue of Doris, the Justice figure on the cover of the band’s 1988 album And Justice For All. The eager crowd turned it into the world’s largest crowdsurfing prop as the band tore through new songs and fan favorites. 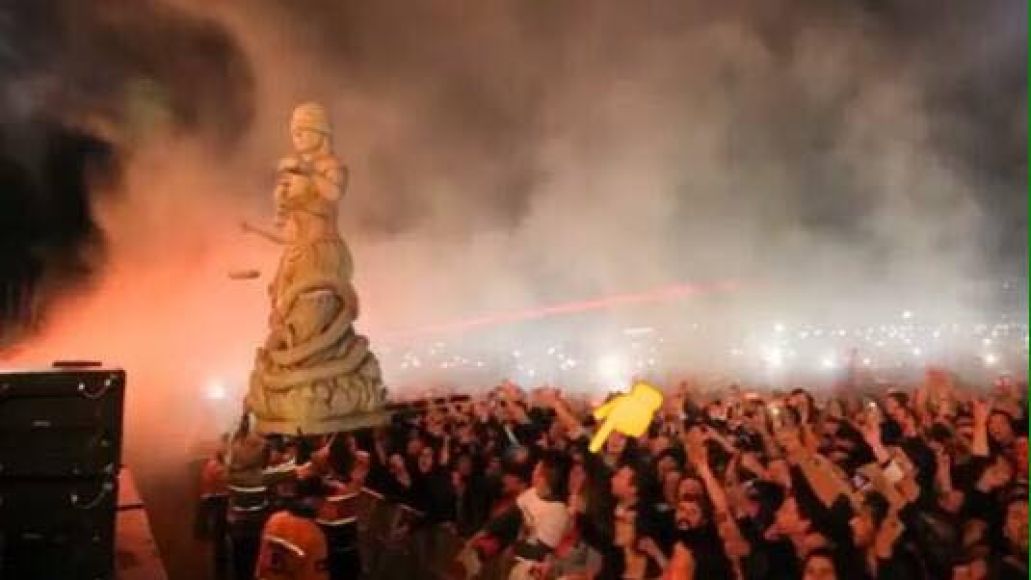 Metallica are on a bit of a Latin American tour, at the moment, with with gigs at three of Lollapalooza’s forays into the Southern Hemisphere. Their new album Hardwired…To Self Destruct is out on November 18th.