The first teaser trailer for Kong: Skull Island did its job almost too well, giving a tantalizing inkling at the scale of the film while obscuring the title monster from view. Now, we’ve finally been giving our first look at King Kong thanks to a new image debuted on EW.

The magazine also talked with director Jordan Vogt-Roberts about how his Kong will differ from past incarnations. He said he wanted his version of the character to “have its own set of rules,” so he avoided the “scaled-up silverback gorilla” of Peter Jackson’s recent take. “We sort of went back to the 1933 version in the sense that he’s a bipedal creature that walks in an upright position, as opposed to the anthropomorphic, anatomically correct silverback gorilla that walks on all fours,” Vogt-Roberts explained. “Our Kong was intended to say, like, this isn’t just a big gorilla or a big monkey. This is something that is its own species.”

Vogt-Roberts added that he wanted the creature’s size to make people “have a visceral response, saying to themselves, ‘That’s a God, I’m looking at a God.’” At the same time, he wanted to create the impression that “he was a lonely God, he was a morose figure, lumbering around this island.” A lot of that will come from the eyes, the director explained, but also the scale. Finally, he promised that viewers won’t have to “wait an hour or 40 minutes until the creature shows up” like many monster movies. “Something about this movie made me want to reject that and play a very, very different game,” he said.

Take a look at a higher-res (but smaller) version of the image below, and read the full interview here. 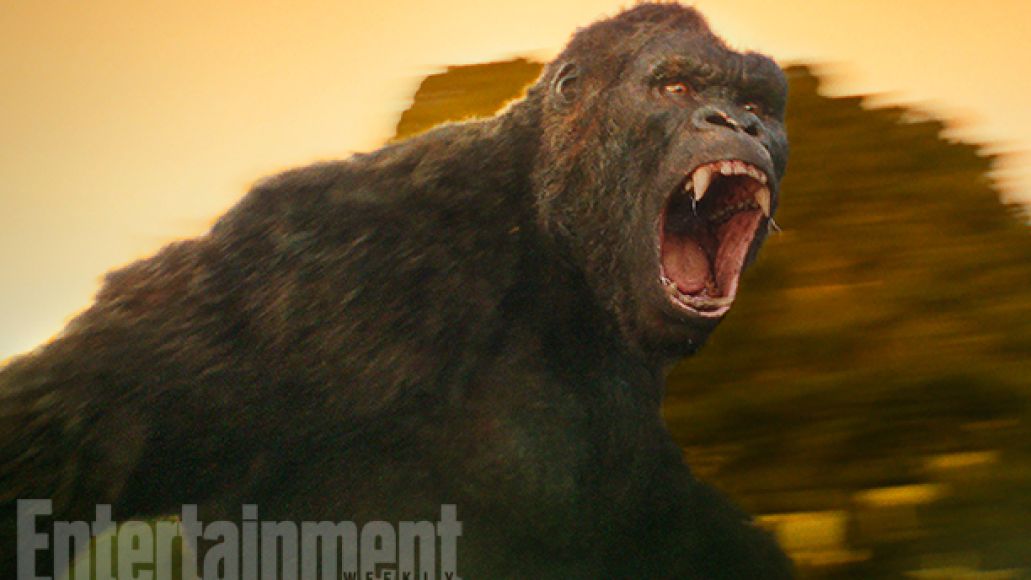 Revisit the teaser trailer below.

Owen Wilson Offers Update on Wedding Crashers 2: "They're Definitely Talking About Doing It"

Rob Zombie Confirms He Is Directing The Munsters Movie

Here's your first look at the title ape in Kong: Skull Island