President Barack Obama, the hippest Commander-in-chief to ever take the office, has given us plenty of memorable musical moments in the last eight years. He did his best “Hotline Bling” Drake impression, invited both Chance the Rapper and Frank Ocean to the White House State Dinner, and even launched the first South By South Lawn Festival with Common, The Dap-Kings, and The Lumineers.

While celebrating Halloween at the White House yesterday, Obama tried to be America’s coolest dad once again by evoking the spirits of both Prince and Michael Jackson. When approached by an adorable trick-or-treater dressed as The High Priest of Pop, Obama greeted him with a brief, but soulful rendition of “Purple Rain”. Previously at a tribute concert, he said of the late musician: “You will be in our hearts forever.”

My niece & nephew getting candy from @BarackObama & @MichelleObama today at the @WhiteHouse! #BestHalloweenEver #RIPPrince pic.twitter.com/GYY6I321Ro

Later that evening, POTUS tried his hand at doing MJ’s famous “Thriller” dance. His moves were a little gawky and all over the place, but he was grinning the whole time, fully aware that he was totally fudging it up, so you can’t really help but admire the guy’s humility. If you ask me, I’d much rather watch a 24-hour loop of Obama stumbling through “Thriller” than hear Donald Trump snort for even half a second.

Watch both awesome moments below. 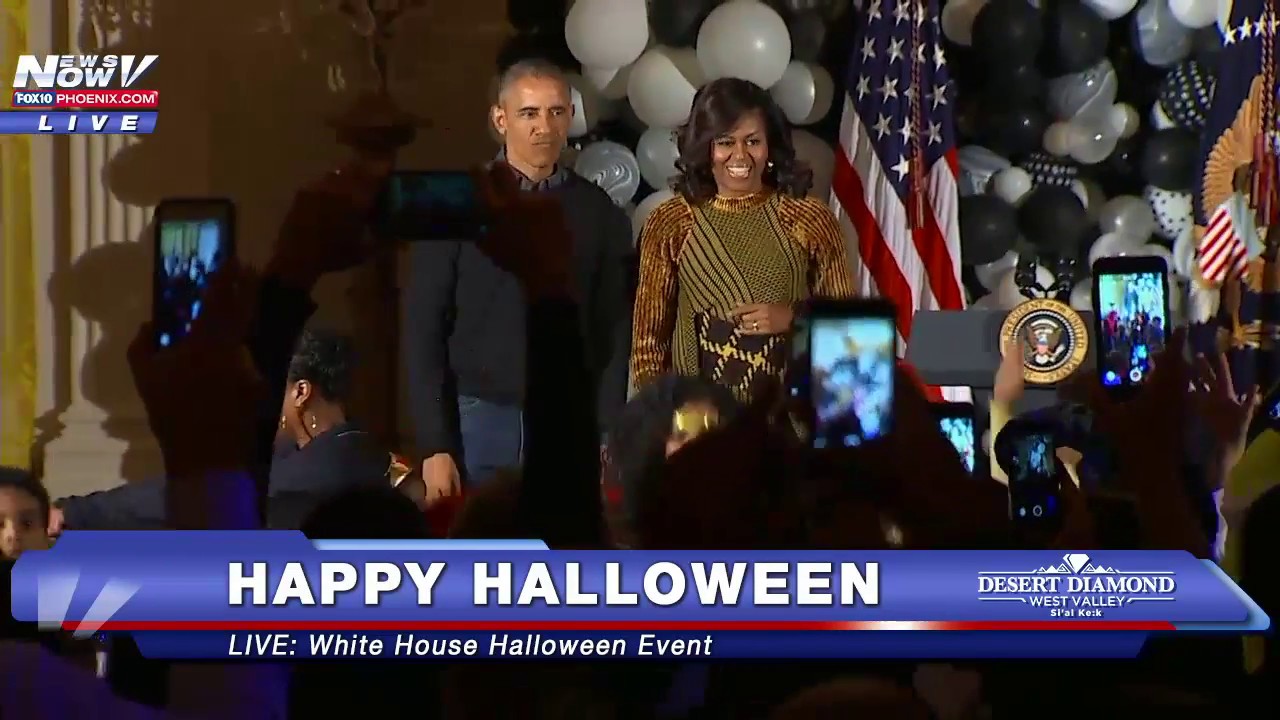