The Christmas movie tends to be a low-risk, high-reward enterprise. At worst, you make your budget back from audiences looking to revel in the holiday spirit. At best, you manage to make one of those rare holiday movies that speaks to the collective consciousness and becomes timeless. Office Christmas Party, a film seemingly assembled by way of scrolling through “#millennialsbelike” feeds with Project X playing somewhere in the background, will not enter into the canon of classic films watched for years to come while nestled around a fire. But as filthy, hedonistic comedies with stacked rosters of talented comedians go, it has its moments.

Zenotek, a tech company that was presumably founded in the mid-‘90s, is experiencing a bad year. Clay (T.J. Miller), the branch’s free-spirited manager who inherited the position from his departed dad, decides that holiday cheer is the way to go. Josh (Jason Bateman) worries that the employees are more concerned about their bonuses, and is chiefly worried about winning over the business of Walter Davis (Courtney B. Vance), a high-end client whose contract could save the branch from Clay’s vindictive sister Carol (Jennifer Aniston in full Horrible Bosses mode). When their cut-rate presentation fails to win the veteran buyer over, they take a different approach: “Walter…do you party?” And Walter, well, he used to. And will again.

Plot is secondary to a film like this, as Office Christmas Party blitzes through the introductions in order to get to the drunken, high-concept stuff: Olivia Munn as a chief technical officer who spars playfully with Josh, Karan Soni as an IT director who hires a prostitute to bring as his guest to the party, Vanessa Bayer and Randall Park as a single couple meeting cute in the office, and a host of other familiar comic faces as other office types. Again, hardly the point. Carol demands that the party be cancelled, and informs Clay that the branch will be shut down if they don’t land Walter’s business, and so an unreasonably (and later, dangerously) wild holiday party is born.

From the moment Walter gets some cocaine blasted into his face (by way of some misplaced fake snow), Office Christmas Party sets about its true goal: volleying as many gags, one-liners, and outsized comic setpieces at audiences as it can fit into one movie. Vending machines are thrown out of skyscraper windows. A man dressed as Jesus rides a horse through the office. Several employees have to voyage to a sinister nightclub in a rescue effort, eventually. And yet most of the film’s funniest moments come not from the screenplay’s rapid-fire shifts in tone and arc (which give each individual character story so little time to breathe that few of them rate), but from the game cast’s willingness to sell anything they’re given with relentless conviction.

To that point, Kate McKinnon deserves special commendation as Mary, the straitlaced HR rep; what starts as…well, a fairly stock SNL character bit about the uptight lady in the office turns into a manic riff on the typical coming-out-of-her-shell setup, and her wired presence keeps the film moving. Others do fine work as well (Soni’s stammering deadpan works in a stock role, and Bayer and Park do some fun, perverse character work before the film cuts them off just as their arc starts to build momentum), but the true standout performance is Miller. The comedian’s deadpan is as good as anyone’s working today, and Miller tears through every line with a stream-of-consciousness enthusiasm that manages to sell the thin, concept-centric story around him. It’s a comic performance so good and magnetic that he manages to sell even the most stock moments of pathos throughout, and like McKinnon, Miller brings the movie up to the brink of commendation by sheer force of will.

The cast works overtime (ugh) during the whole of Office Christmas Party (Bateman and Munn try their best with the thankless task of being the will-they-or-won’t-they couple), but directors Josh Gordon and Will Speck (most notably of Blades of Glory) whip the film through its paces, letting few scenes breathe and fewer develop, riding close to the film’s cluttered screenplay. It’s not that the film is unfunny, necessarily, though some gags fail to land; Aniston, in particular, is a better comedian than the alpha-female routine she’s once again tasked with delivering. Likewise, though Jillian Bell’s smiling pimp is a late highlight, once the film begins to wander beyond the party, its focus becomes even more muddled, until many of the running storylines are resolved with little to no fanfare. In trying to hit every possible mark, Office Christmas Party misses more of them than it might have otherwise.

If anything, the film’s biggest missed opportunity is sitting right in those opening minutes, as the pressures of taking care of a staff fold into the film’s early jokes, Clay nostalgic for his father’s more confident and assured hand looking over the company. And when word starts to leak out that the branch is in danger of closing, and the nihilistic party destruction begins, the movie somehow manages to linger over all the apocalyptic debauchery without getting into the ripe satiric territory of a branch-closing party getting out of hand in the slightest. Instead, the overwrought climax gives the film its biggest (and most trailer-friendly) setpiece and culminates in Zenotek managing to accomplish something so fitfully impossible that it’s corny, and not in the fun, holiday-minded kind of way.

Office Christmas Party will be exactly what many will want: it’s of the season, it’s relentlessly bawdy (if it stops short of doing anything that feels genuinely transgressive), and it’s a showcase for talented comedians doing what they can to make an impression in the often limited time they get. That last part goes further than it might in another movie, though, a testament to the skills of the cast on hand. And that big setpiece might be goofy, but it pays off a pretty great Miller riff about the Clark Street bridge. Yet it feels like a missed opportunity overall, a movie that’s just funny enough often enough to make you wish that more of it fit together. 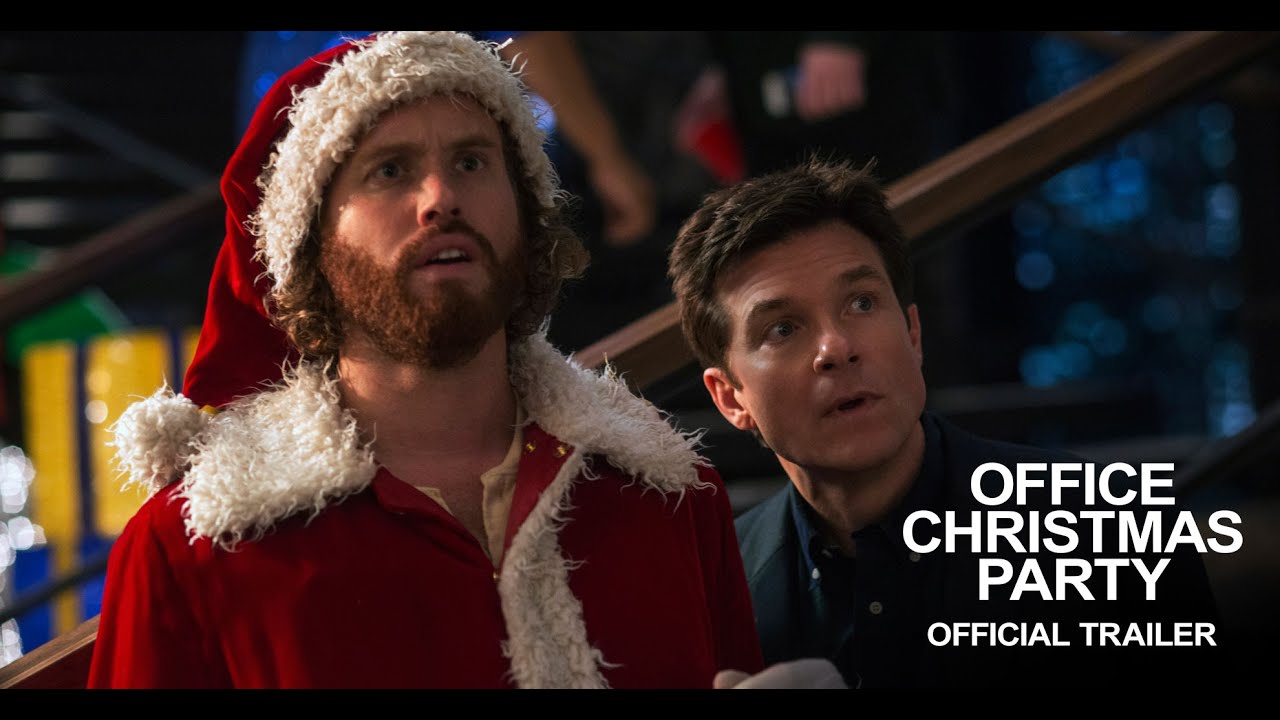