Once upon a time, long before Taylor Swift started exploring a “new urban sound” with some assistance from her new BFF from the 6, the 27-year-old pop star had a fling with John Mayer. The two even made it official with a Grammy-nominated collaboration from Mayer’s 2010 album, Battle Studies, “Half of My Heart.” Alas, the relationship was not meant to be, and the ensuing breakup was documented in Swift’s “Dear John” from her 2010 album, Speak Now.

Over five years later, the wounds should have healed, but apparently that’s not the case for Mayer. Yesterday, the singer-songwriter tweeted and then deleted, “Tuesday, December 13 may be the lamest day of the year, conceptually.” Now, it’s well-known that particular date happens to be his ex’s birthday, but he was quick to deny the petty display with a (now deleted) tweet.

“NOPE. No. Nuh-uh. People I am 39. I am deleting those tweets. Come right at me for doing so. Absolutely no shade.”

Mayer really dug himself into a deeper hole by pointing out his age. At nearly 40, he really shouldn’t be throwing shade at exes but pettiness knows no bounds. As for Ms. Swift, she has her piles of Apple Music and 1989 tour money to help her shake, shake it off.

Check out the tweets in question and relive their romance with the “Half of My Heart” video below. 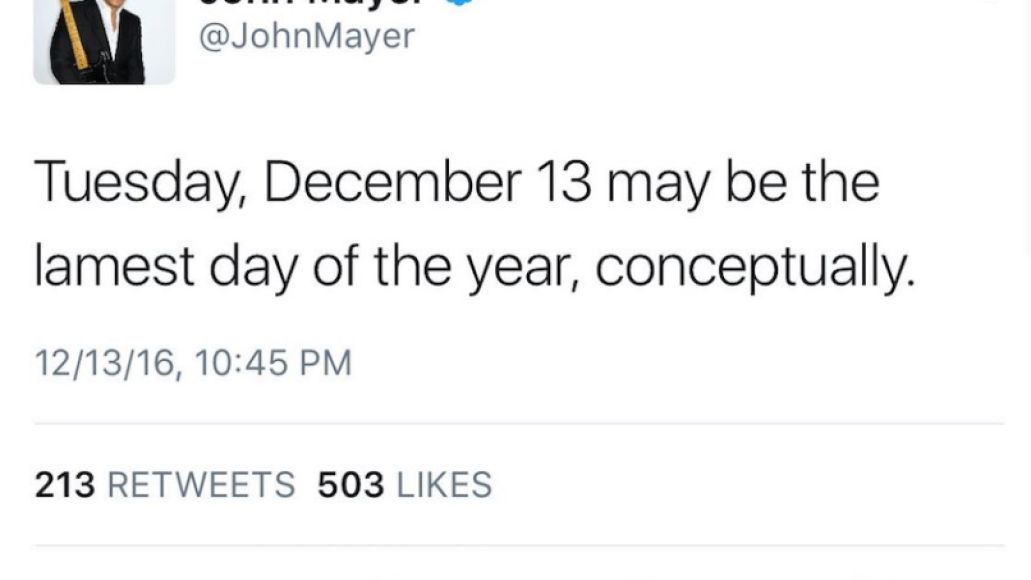 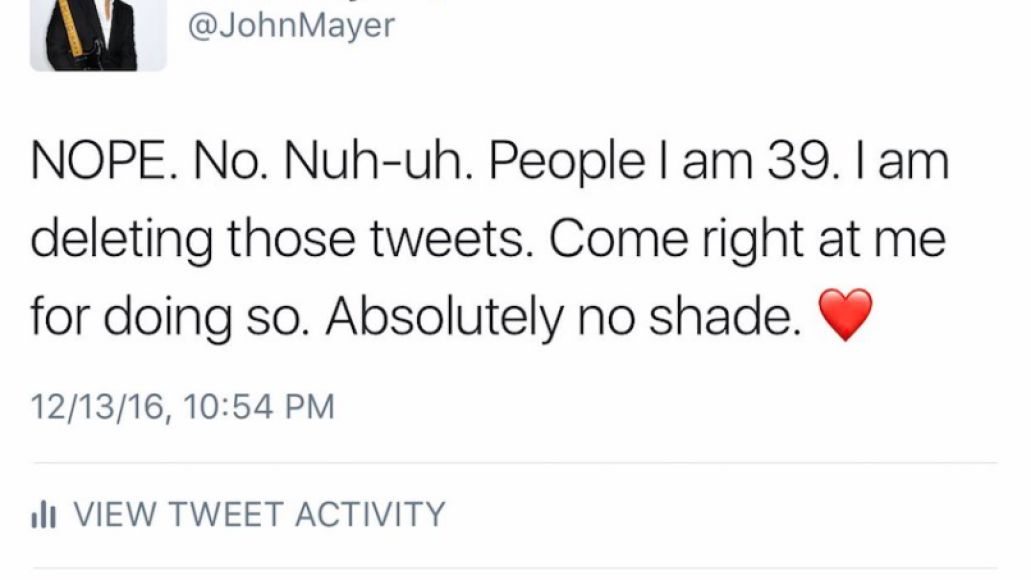