What’s rock ‘n’ roll without a bit of mystery? Whether or not we choose to believe every transdimensional thief who claims to own an unreleased Beatles album, there’s no denying the importance of the unknowable in rock music. Perhaps it’s because we want so badly to believe that rock stars aren’t like us, as if placing them on a pedestal and worshiping them as mythical creatures can convince us, even for just the span of a three-minute song, that life is something more than a mundane, seemingly random sequence of events. Or perhaps it’s because we need to make sense of the alchemical way in which a simple four-chord progression, in the hands of a Joe Strummer or a Kurt Cobain, can transform our everyday thoughts and emotions into blindingly powerful artistic statements. 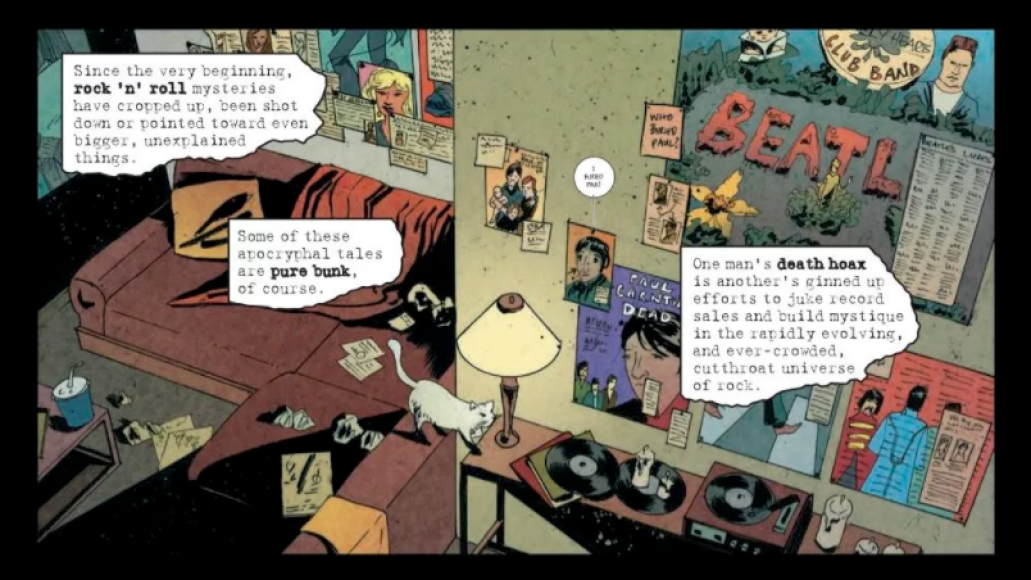 Mystery has been an integral part of rock ‘n’ roll’s identity from the outset, expressed in everything from the crackle and hum of Chuck Berry’s electric guitar to the ghost-like falsetto of Radiohead’s Thom Yorke, with countless other examples in between. Comics writer Joe Harris throws back the curtain on some of that mystery in his new Image Comics project Rockstars, the first issue of which hit shelves December 14th. Co-created with artist Megan Hutchison, Rockstars follows a pair of young investigators intent on uncovering a mystery surrounding a legendary band. Along the way, they uncover everything from dead groupies and human sacrifice to something far more sinister — a supernatural force that may connect every unsolved rock ‘n’ roll myth and conspiracy since the genre’s inception. 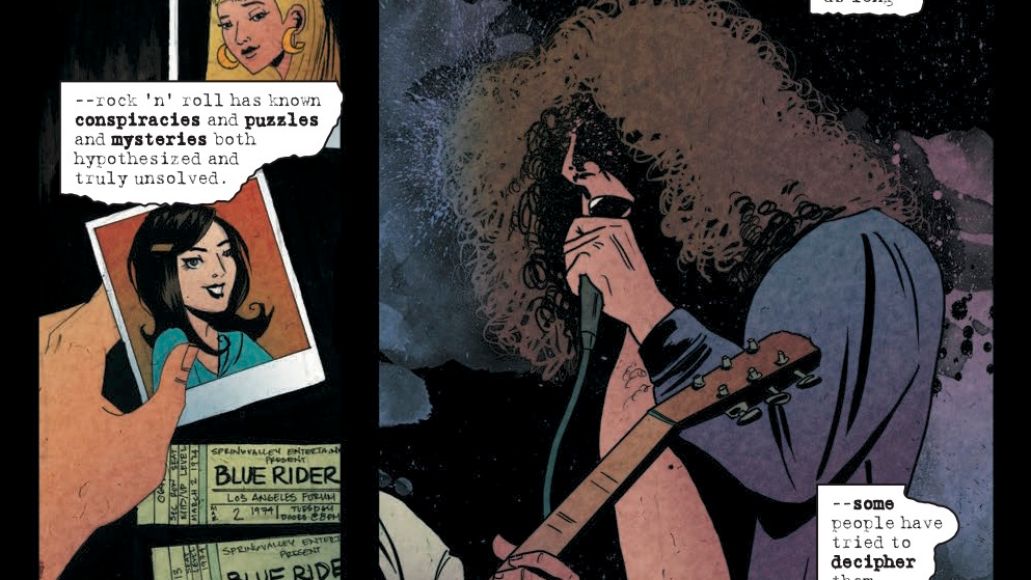 Harris, of course, is no stranger to mystery. Fans know him best as the author of the ongoing X-Files comics series, which he produces in continuity with the long-running sci-fi show (he also claims to have written a few horror movies in a parallel life). In anticipation of Rockstars, we asked Harris to write about what he considers to be the greatest rock ‘n’ roll mysteries of all time. While he can’t confirm that Kurt Cobain is alive, well, and living out his days in a Cuban bungalow with Tupac Shakur, he’s not about to deny it, either.