In their new music video for “Mary On A Wave”, Okkervil River imagine a time when the world order as we know it has been totally flipped. Gone are the big banks and monopolizing companies, and instead of holding power, stuffy corporate executive types are relegated to the bottom of the food chain and hunted down. The clip’s not all seriousness, though, as frontman and director Will Sheff peppers in fuzzy, cosmic footage of the band performing the track. Check it out above.

(Read: Putting the Past Away: A Conversation with Okkervil River’s Will Sheff)

“Mary On A Wave” is taken from Okkervil River’s latest album, Away. In support, the band will perform their first ever shows as a trio as part of a brief stretch of shows scheduled in May. “We wanted to alternate the big rock band thing with something smaller and more songwriting-centered and spontaneous,” Sheff. explained. “After we had such a rewarding year with Away it seemed like a fun idea to play some up close and personal shows, and include requests and surprises.” 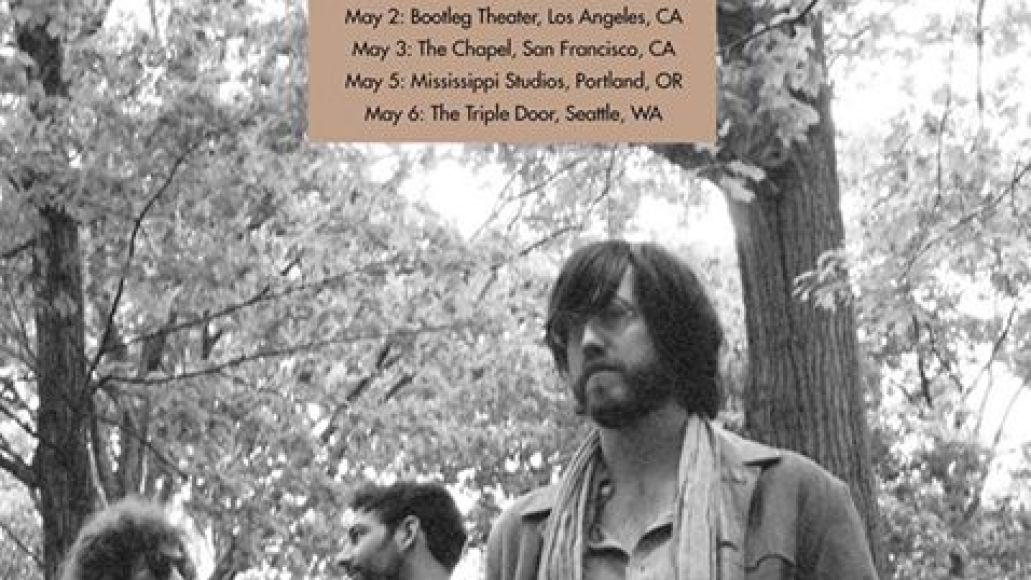