Return of Xander Cage declares itself as being in the business of franchise-building early and often, even as it strives to reinvigorate audience interest in a Vin Diesel character that has largely been treated as an ironic punchline for years now. A device known as “Pandora’s Box,” capable of pulling satellites out of orbit to bomb select targets, has fallen into the hands of Xiang (Donnie Yen), the leader of a gang of highly skilled subversives bent on destabilizing governments. Serena (Deepika Padukone) is his partner, albeit an estranged one; she agrees with Xiang’s anti-authoritarian ethos, but not his frequently violent methods. (This, despite her being a stone-cold killer in her own right.) As they spar over the ethics of Pandora’s Box, with the expert martial artist Talon (Tony Jaa, rocking Akira Tozawa’s hairstyle) and the brutish Hawk (current UFC middleweight champion Michael Bisping) in tow, the world braces itself for imminent disaster.

But there’s an immovable object in their way, one rocking a thoroughly ridiculous fur coat and using dirt bikes to throw uppercuts at human beings. That’s right, Xander Cage (Diesel) is back, and better than ever, if your general definition of “better” extends to a leading man who devours the whole ham and loudly demands seconds. After being dragged back into government service, which itself comes after a prologue that sees Cage ski through a jungle and skateboard on the side of a bus just to bootleg some cable for his fellow locals in the Dominican Republic, Cage is allowed to assemble his own team. As you might expect, this team is composed of “the good, the bad, the extreme, and the completely insane”: Ruby Rose as an impossibly skilled sniper, Rory McCann as a crash-loving wheelman, and Kris Wu as “The Hood,” a young man whose raison d’etre is to start parties. That’s not a snarky aside, mind you; playing electronic music for crowds is his cited skill.

After these characters and more still are introduced with character cards so blatantly lifted from Suicide Squad that “stolen” doesn’t quite cover it, Return of Xander Cage spends its next 90 minutes feeling out how absurd an action film can get before audiences will tune out. And to its credit, the flagrant excesses of the film truly put the xXx in “exXxtreme.” This is the kind of movie in which a chase scene between Xander and Xiang culminates in their dirt bikes turning into jet skis, as they race one another through cresting waves. This is the kind of movie in which, just a few short minutes after that, those same parties get into a fistfight amidst speeding traffic and are each hit by multiple cars while engaged in battle. This is the kind of movie in which pulse-pounding electronic music underscores every scene of rippling muscles, bone-crunching attacks, and half-naked female torsos.

The performances go a long way toward actualizing Return of Xander Cage as the kind of escapist entertainment it desperately wants to be. Diesel looks like he’s having the most fun an actor’s ever had as Xander, mugging through every one-liner with zeal. Toni Collette gets a few solid bites of the scenery in the prior film’s Samuel L. Jackson role as well, as does Nina Dobrev as a flightier take on the Bond universe’s Q. And Yen, who’s been a highlight in so many movies, continues his pursuit of global stardom by exhibiting the charisma that’s brought him this far. There’s something to be said for an action star who simply has the “it factor,” and Yen absolutely does; his swaggering charm is a welcome counterpoint to Diesel’s macho posturing throughout.

Return of Xander Cage exists in an odd space in the post-Fast Five world, where action movies lean into their most excessive instincts to the tune of previously nonexistent critical cachet. It must be said that, for the film’s faults, this is an especially dumb actioner which also happens to be a hell of a lot of fun to watch. The plot twists and triple-crosses, while poorly deployed from just about any narrative standpoint, structure the film like a continuously escalating dare, as it races around the globe for maximum box office appeal. Just when the boundaries of logic and taste can be pushed no further, Cage launches a military jet into a nosedive so that a battle can take place in zero gravity. In that same scene, a nefarious bodyguard dons a pair of high-tech gloves strong enough to punch through sheet metal. And that all comes before multiple characters are launched out of that same crashing plane, to their deaths and otherwise. Return of Xander Cage has no regard for the existence of “the top,” so there’s no time to care about going over it.

It’s cacophonous action filmmaking, from the aforementioned relentless score to the noisy visuals, and the latter issue ultimately prevents Return from elevating itself beyond the kind of movie for which people will eagerly ingest various substances and attend for the laughs. In taking over for Rob Cohen, D.J. Caruso’s anarchic direction is detrimental to far too much of the film. While he has a decent enough handle on the right tone for the proceedings, Caruso’s action sequences are slapdash to the point of incoherence. That fight scene in traffic is edited to death, along with every single one of the film’s other hand-to-hand combat sequences. His five-shots-per-punch approach is endlessly frustrating, as is the film’s tendency to race through every action sequence to move on to the next, equally incoherent one. Here’s a movie riddled with the best and worst tendencies of current-era Hollywood action in equal doses.

It’s hard to say whether this is a movie that could ever be “good” in any traditional sense, but it dances just close enough to being great in its intended manner that its failures are all the more pronounced. And when the truly daffy twists have come and gone, and the series has clearly positioned itself for more globe-trotting adventures with the surviving crew, you’ll be left hoping that the series finds itself in more capable hands the next time around. Because somehow, some way, the xXx series might have managed to find new life in a world increasingly contemptuous of its authority figures.

But let’s not get too bogged down in its half-considered commentary on the untrustworthy nature of global governments and shady American officials. This is a movie about a huge, tattooed man using extreme sports to save the world. If that’s not your kind of thing, Return is emphatically not for you. If it is, and you’re willing to take your action movies with a lower standard of general quality, it might just leave you in agreement with one character’s quip during the film’s climactic shootout: “this is fucking awesome.” 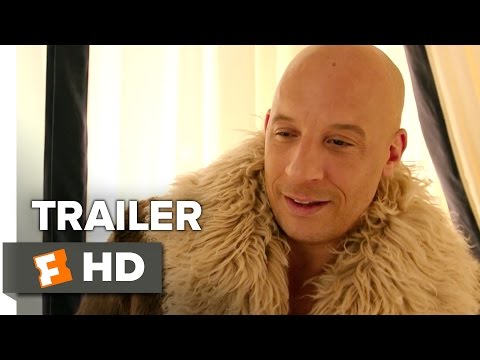