Firefly Music Festival returns to the Woodlands in Dover, Delaware from June 15th – 18th. As previously reported, much of this year’s festival will be curated by fans, including the lineup. By the looks of it, they did a pretty darn good job. 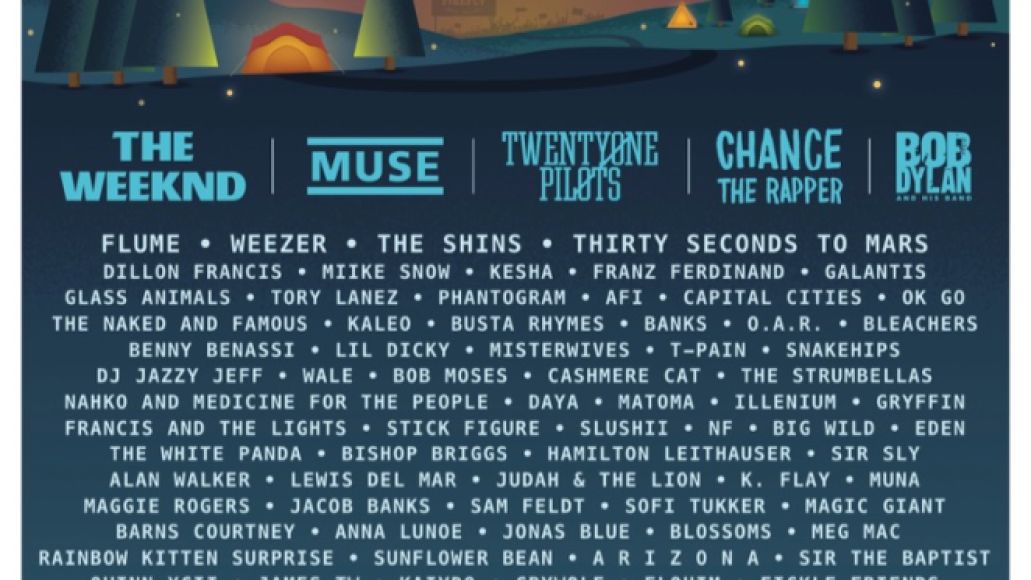 To find out how this diverse and exciting lineup came about, Consequence of Sound talked to Christiane Pheil, Creative Programming Director and Talent Strategist at Firefly Music Festival. As you can read below, she touched on some of the stand-out bookings, how much fan curation affected the bill, and hinted at some intriguing announcements still to come.

How much of the lineup was dictated by the fan curation? Can you point to any specific bands that maybe weren’t on your radar until the votes were tallied?

While we’ve been doing the lineup surveys for years now, since Firefly recently moved completely towards a fan-curated festival, the lineup went that direction as well. This is most fan-driven lineup we’ve had since we’ve been able to take it a step further.

Busta Rhymes, Thirty Seconds to Mars, Galantis, and Dillon Francis are all examples of artists we moved forward with due to fan feedback.

I think the big question is how did booking Bob Dylan come about? That seems extremely rare for a non-Desert Trip type festival.

Bob Dylan, more than other legendary acts, has been in the top 10 on our fan surveys for years now. When it comes to booking an act of his caliber, it’s all about the stars aligning. The pieces fell into place this year and we’re thrilled to get him to The Woodlands.

Another interesting booking is DJ Jazzy Jeff, who hails from nearby Philadelphia. Talk about that booking.

We love adding some nostalgia to the lineup and with him being Philadelphia based, it was a natural fit.

This has to be one of the most eclectic bills of the year. What about your approach to booking do you think allows you to stand out from other fests?

We pride ourselves in listening to our fans and booking artists that will be incredible to see live. By following the fan-curated model, it’s a nod to our fans and who they really want to see. We have such a diverse crowd with a variety of tastes in music and we have a blast being able to pull from so many genres to build an all-encompassing lineup.

It seems as if the bill is filled with a lot of regional acts that a national audience may be less familiar with. How much of that is a result of your ethos and how much is a byproduct of your fan-curation approach?

We are spending a lot of time listening to the music industry in the Northeast market. We’re excited to give these regional artists more opportunities in the spotlight through Firefly. One of our goals this year was to highlight more regional acts, and next week we’re announcing a new way to heighten the visibility of these artists. So yes, it is intentional that you see a high level of artists from the region.

That said, can you point out some artists you think fans might be unfamiliar with that you’d suggest getting to know ahead of the festival?

The undercard is always my favorite part of the lineup. Here are a few of the artists I’m excited about this year: Maggie Rogers is a folk/dance/R&B artist from Maryland who actually went to school in Delaware. Her breakout single, “Alaska”, went viral after Pharrell got behind it. You can just feel her star potential. Judah & The Lion is a Nashville-based rock band that recently topped the alternative charts with “Take It All Back”. Their sound is Mumford & Sons meets X Ambassadors, two Firefly alums, so of course we love it. Lastly, Francis and the Lights has a progressive rock sound that infuses electric and soul music. It’s the most unique of the three. Make sure to check out “Friends” and “May I Have This Dance”.

Do you already have in place which acts will be playing the Wednesday camping grounds pre-party or which ones will be appearing at the coffee shop stages throughout the fest, and can you let a few cats out of the bag?

We’ll be announcing the Wednesday pre-party within the next couple weeks. We have started to lock in Coffee House acts, but are actually opening a fan survey soon to help guide our Coffee House and Treehouse lineups this year.