This feature was originally published in December 2016.

These days, it feels like it might be easier to compile a list of who hasn’t died in 2016. From rock luminaries like David Bowie and Prince to icons like Muhammad Ali and Gene Wilder, we just can’t seem to stop saying goodbye to those who have brightened our world. Now, in the aftermath of a polarizing election plagued with uncertainty and lacking many answers, the comfort of a simple story has never sounded more appealing.

La La Land is, on its surface, just that: a simple story. The second film from Whiplash writer-director Damien Chazelle is a guy-meets-girl romance set in present-day Los Angeles, it’s a musical, and it stars a pair of Hollywood darlings in Emma Stone and Ryan Gosling. All of those ingredients should add up to a simple and satisfying cinematic escape, except for one thing: Chazelle isn’t interested in simple.

Instead, La La Land is a subtly astute examination of the American dream, a film that uses the conventions of song and dance to explore the true costs of pursuing one’s passions. While the singing and dancing aren’t omnipresent, Chazelle knows just where to play up the “musical” aspects of his production. In one typical scene, a traffic-logged section of LA freeway becomes a stage for drivers to sing of their hopes and dreams. Elsewhere, Stone’s Mia turns an acting audition into a reflection on taking chances, and Gosling’s Sebastian speaks through a series of fragile piano notes that double as the score’s main theme.

In an age heavily dominated by sequels and superheroes, musical films have largely been confined to Broadway adaptations and pop sensations like Pitch Perfect, where the material consists of work already residing in the mainstream zeitgeist. The musical numbers in La La Land are, by contrast, strikingly original. These are songs that linger in your mind. While their lyrics are often sweet, they remain mindful of a reality that is far removed from the pirouetting sailors and happy endings we seek in our thirst for escape. 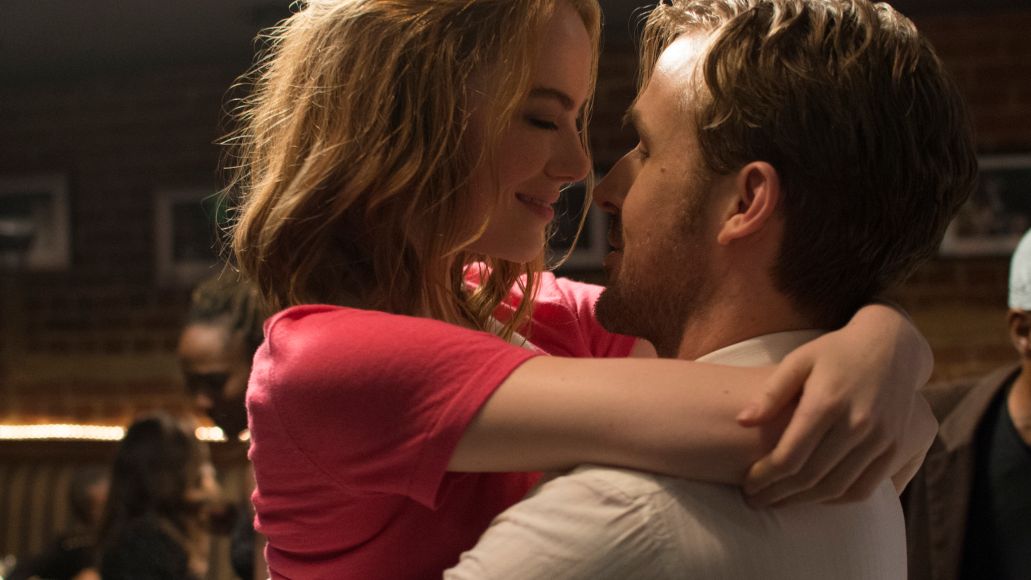 During one moment early on in the film, Mia and Sebastian tap dance together on a moonlit hilltop. The scene is reminiscent of something that could’ve starred Gene Kelly and Ginger Rogers 80 years ago, until the ubiquitous ring of Mia’s iPhone shatters the illusion. Chazelle says he enjoyed the chance to blend conceits from classic musicals with more contemporary cultural references.

“One thing I love about those older musicals is how playful they were,” he explains. “I loved the idea of maybe letting people forget in certain sequences that this was a contemporary story.” He also sees the concept of timelessness as something that has long permeated the spectrum of movie musicals. “Singing in the Rain is set in the 1920s but made in the 1950s. It’s very much a movie about the 1950s.”

Other examples of what he’s talking about are more common than you’d think: Just look at Grease, which so clearly speaks to a late-’70s audience despite being set in 1959. By bringing elements of the present into settings of the past, such musicals are better able to examine what, exactly, defines the “Now.” La La Land opts for the inverse, weaving touches of the past into a contemporary story in an effort to both expose the evolution of musicals and refute it. 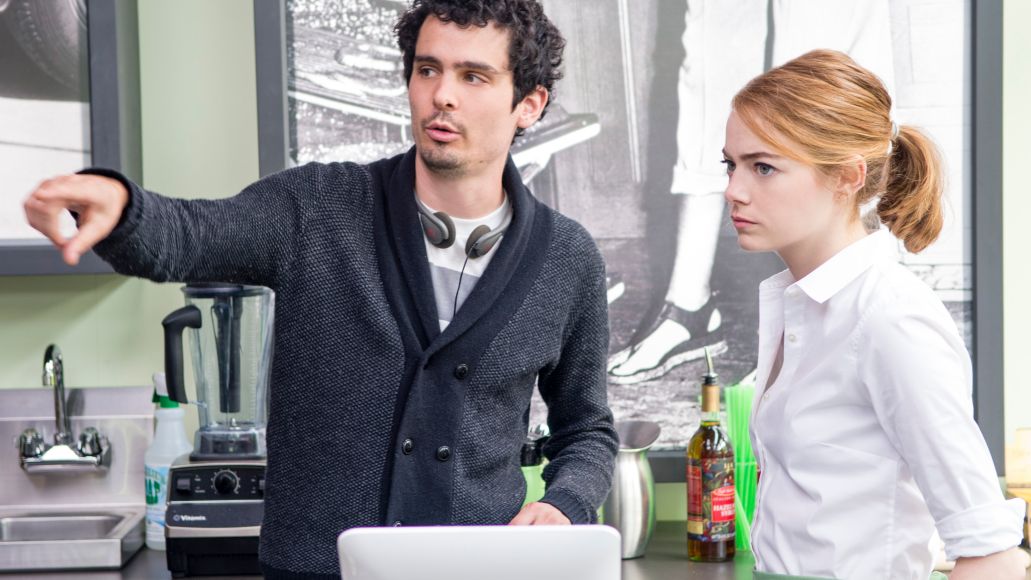 Another way in which the past confronts the present is through Sebastian, a devotee of classic jazz who is horrified to see his favorite club converted into a fusion cuisine restaurant. He laments the inevitable death of jazz and swaddles himself in the glow of a time he wasn’t even alive to enjoy. Chazelle acknowledges the parallels between Sebastian’s feelings on jazz and the current state of movie musicals.

While La La Land’s existence is, in and of itself, a refutation of the sentiment that movie musicals are dying, Chazelle believes the truth is something slightly more nuanced.

“I don’t really share Sebastian’s sentiment,” he admits. “I don’t think jazz is dying, but I think that perhaps Sebastian’s idea of jazz is dying. In many ways, that’s an important thread in this movie: people who want to preserve some aspect of the past learning to accept the present.”

At a moment when our news cycle is filled with uncertainty about the future and the fear that comes with it, viewers will likely relate to Mia and Sebastian, who find themselves in each other just as their individual careers begin to blossom. Unsure of how to proceed when confronted with difficult choices, it is through song that they explore the fragility of their convictions. 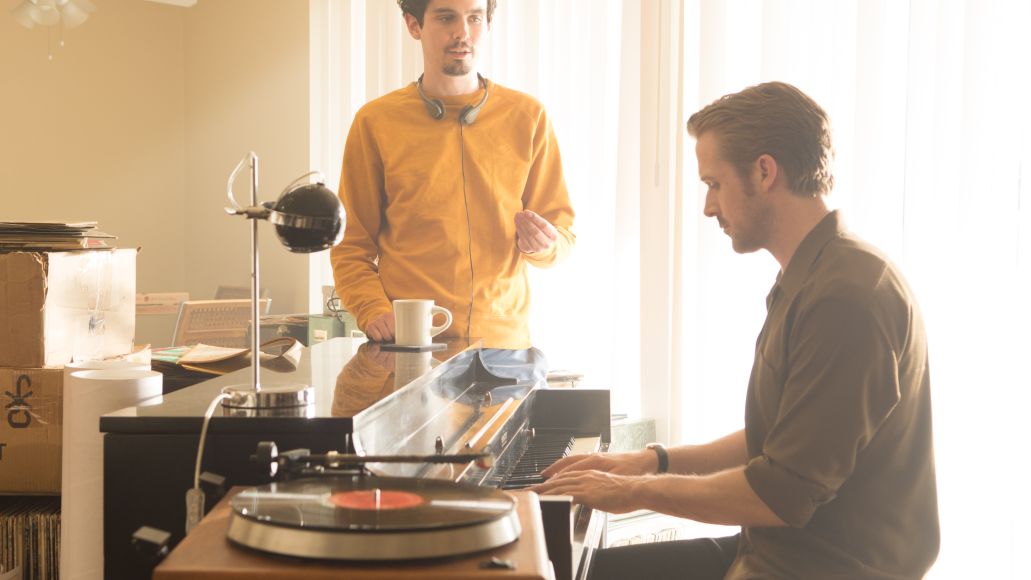 Continuing a theme that Chazelle first explored in the drum-centric Whiplash, La La Land is a film about music. Among all the striking songs penned by composer Justin Hurwitz, “City of Stars” stands out as the centerpiece. Sung by Sebastian, the number’s opening notes become a reoccurring theme throughout the film, deftly adapting to the emotion of the moment. At times it’s an uplifting confirmation of love, while in other scenes it represents a devastating crash into reality. Hurwitz says he intentionally avoided channeling any specific influences while writing the film’s music.

“I was just trying to compose for what the characters were going through at that point in the story,” he says. “The loftiest goal was to create music that people could hear and say, ‘That sounds like La La Land.’”

If Whiplash achieved an emotional energy akin to a bomb about to detonate, La La Land is in contrast bursting with joy and splendor. Chazelle and Hurwitz actually began work on La La Land years before Whiplash, but it was the smaller, more easily financed film that was ultimately made first. Now, as Chazelle begins “pre-pre-prep” on his next film (which focuses on Neil Armstrong and the moon landing), he says he’s happy things have aligned in a way where his films feature alternating emotional energies.

“I didn’t plan out a tonal checkerboard necessarily,” he says, “but it is nice, in a way, to cleanse the palate from one emotion to the other.” 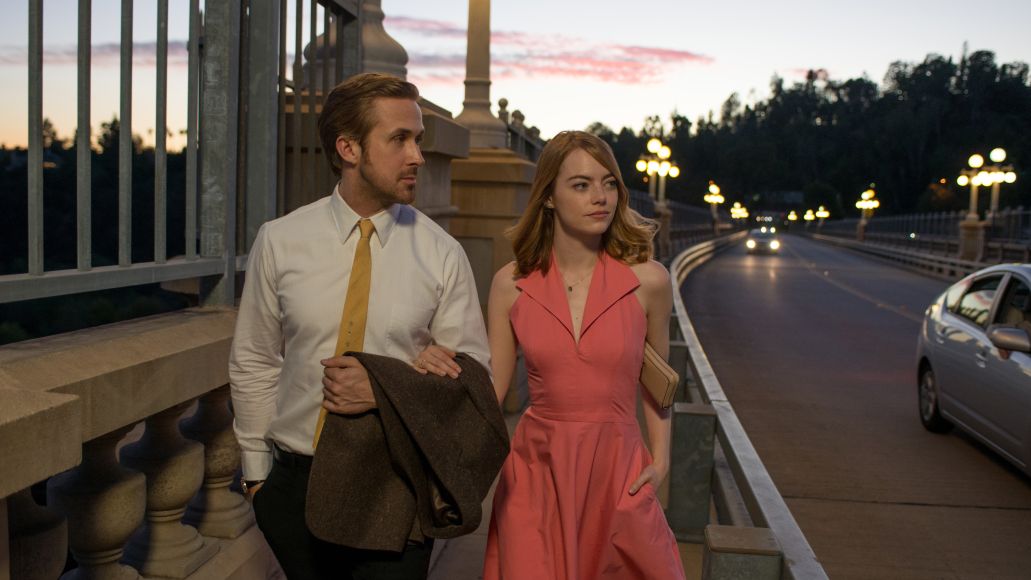 La La Land itself encapsulates a vast array of emotion. In one sense, the film is a testament to dreams — what it costs to achieve them, and how fleeting the bliss that accompanies their realization can be. While Mia and Sebastian grapple with the price that comes with attaining their own desires, it’s a beautiful struggle to behold, and one that resonates beyond an imagined Los Angeles where lovers tap dance in Griffith Park and gridlock traffic is as good a reason as any to spontaneously break out in song.

Troubled times call for such outbursts — real or fantastical, they’re what keep us sane. And troubled times, it turns out, also call for nuanced, complicated stories. We can fetishize the past, but when the lights come up, it’s the present we’re faced with.

“Accepting the present is something that we all have to do,” Chazelle affirms. “I love older forms of jazz and older forms of movie musicals, but we have to find a way to make them feel relevant to today. We have to yoke them to the present, to the now.”