Dinner music is a generally maligned genre, synonymous with elevator music or muzak, the kind of tunes you can just as easily tune out. Not that all restaurants employ this type of soundscape, but it’s a rare and special occasion to attend a dinner where you are equally considering the sounds you hear with the food you eat.

DTS Space bridged that gap with an inaugural concept event, Dine in Sound. Take a world-class performance artist and pair them with a stellar soundsystem and a couple of the highest regarded chefs in Los Angeles and beyond. For the entertainment, Reggie Watts brought his blend of comedy and music to the center of Animal Restaurant in LA’s Mid-City district. Watts is known for his improvisational compositions, making any performance with him a one-of-a-kind experience. But to have him essentially soundtrack a fancy dinner was truly an extraordinary occasion.

On the food menu were nine courses from chefs Jon Shook and Vinny Dotolo, known not only for the restaurant that the event was held in, but also for such noted LA spots as Trois Mec, Petit Trois, and Trois Familia (these guys love trois!). But the mean was made up of Animal specialties, trotting out what one guest called a “greatest hits” of the restaurant. Hamachi tostada, pork belly sandwiches, chicken liver toast, and a charred bone-in ribeye with foie sauce all made their way to the dining room, with each course a mini event of its own. Watts would riff on the food, describing what he could see and imagining what just might come next, with the attendees oscillating between giving him their full attention and letting Watts become the backing noise for jubilant dinner conversation. 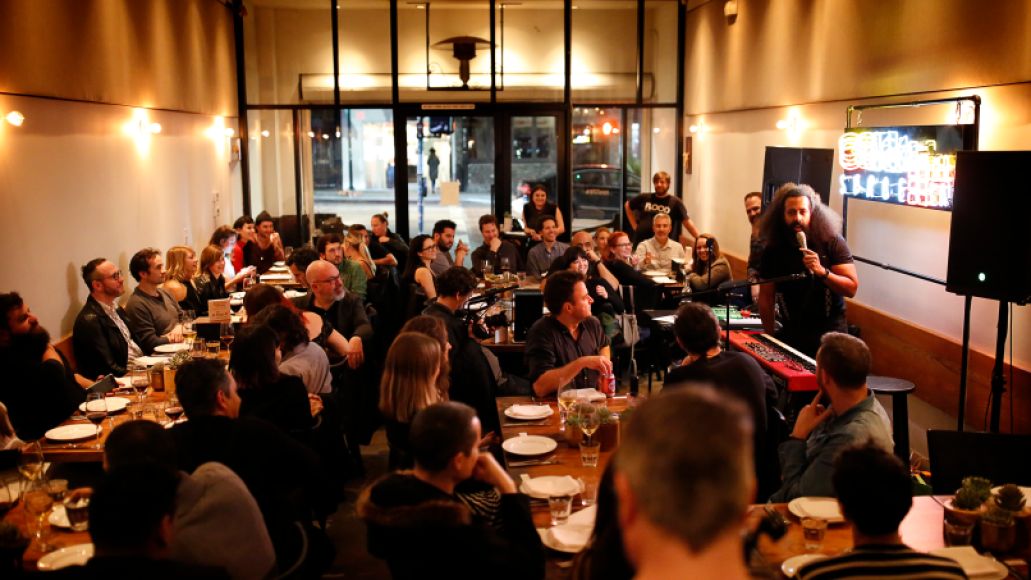 DTS Space noted that the night was about honoring the artist in all of us, which is a little easier when you’re surrounded by luminaries like Kim Gordon, Danielle Haim, Ariel Rechtshaid, and Black Lips’ Cole Alexander. Journalists noted for their work in the LA Times, The New Yorker, Uproxx, and Thrillist also filled out the guest list, with a small portion of the room dedicated to friends of Watts. The group embraced the task of listening, eating, talking, and, most importantly, enjoying the mashup of sound and taste.

For DTS’s part, the evening was an opportunity to showcase Play-Fi, a premium whole-home wireless audio technology. Each table featured its own speaker that could be connected to any type of device in any setting. What works for a large group dinner could be just as effective in an apartment or in an office. When paired with the food, the location, and the entertainment, Dine in Sound managed to become the singular event it set out to be. 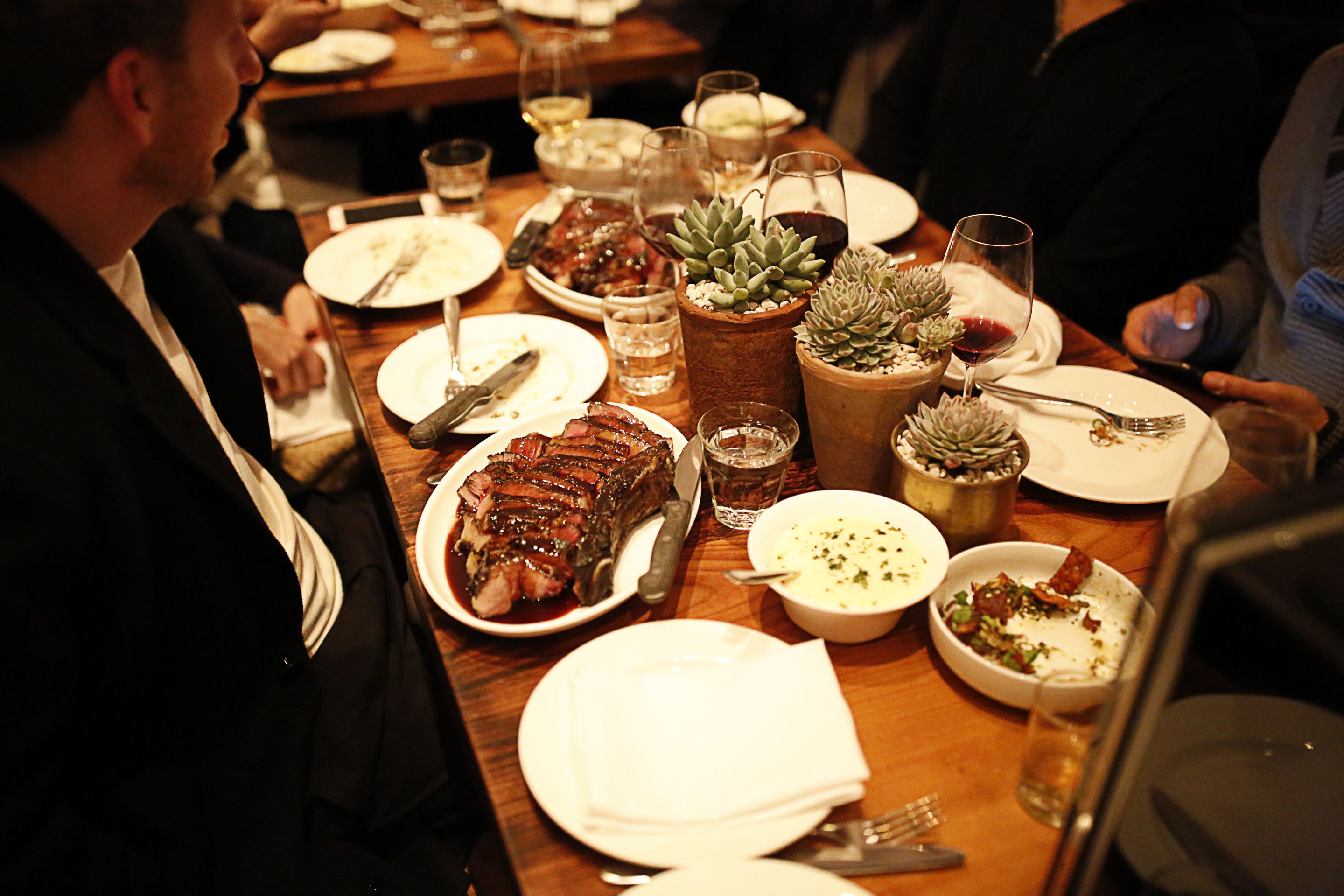 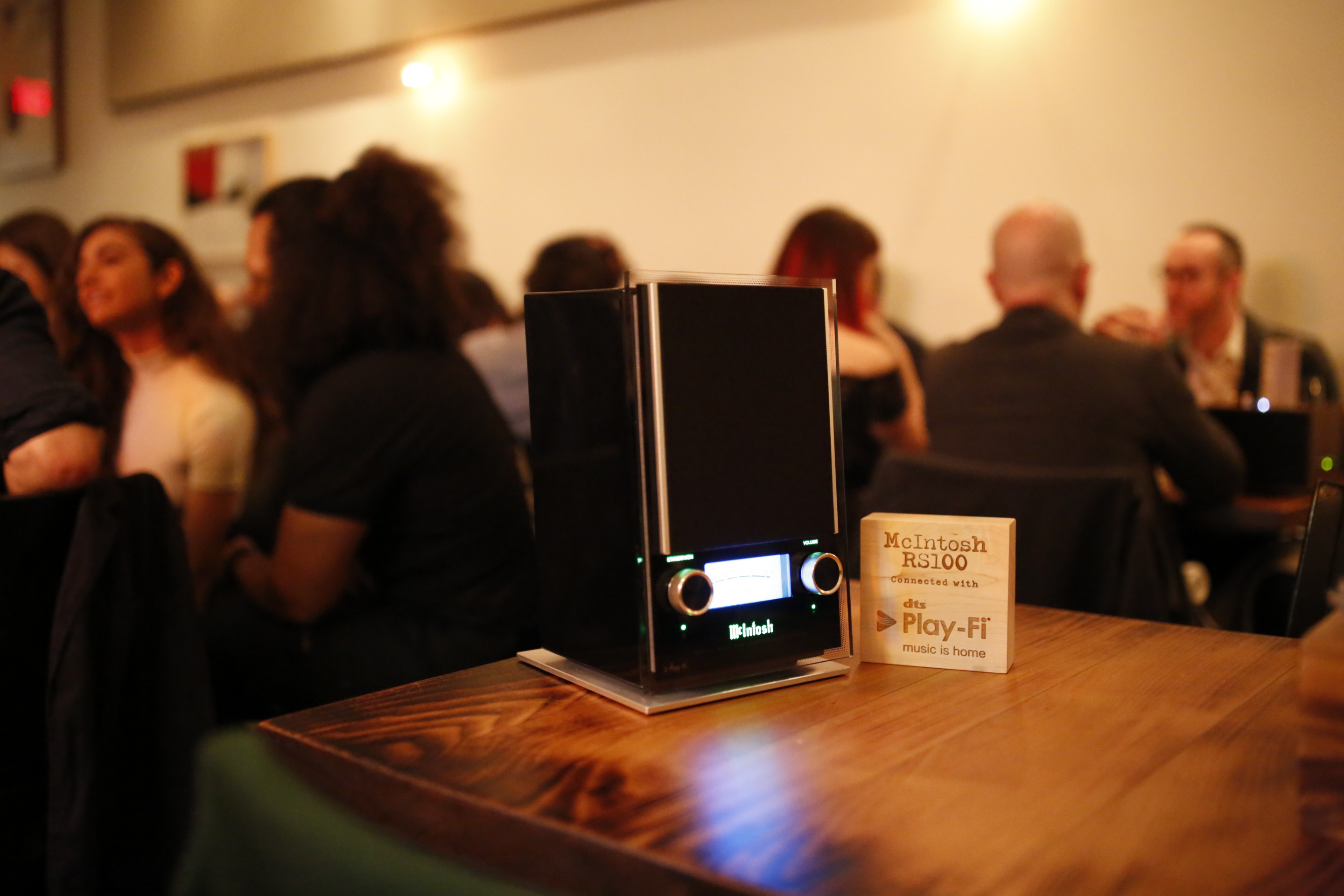 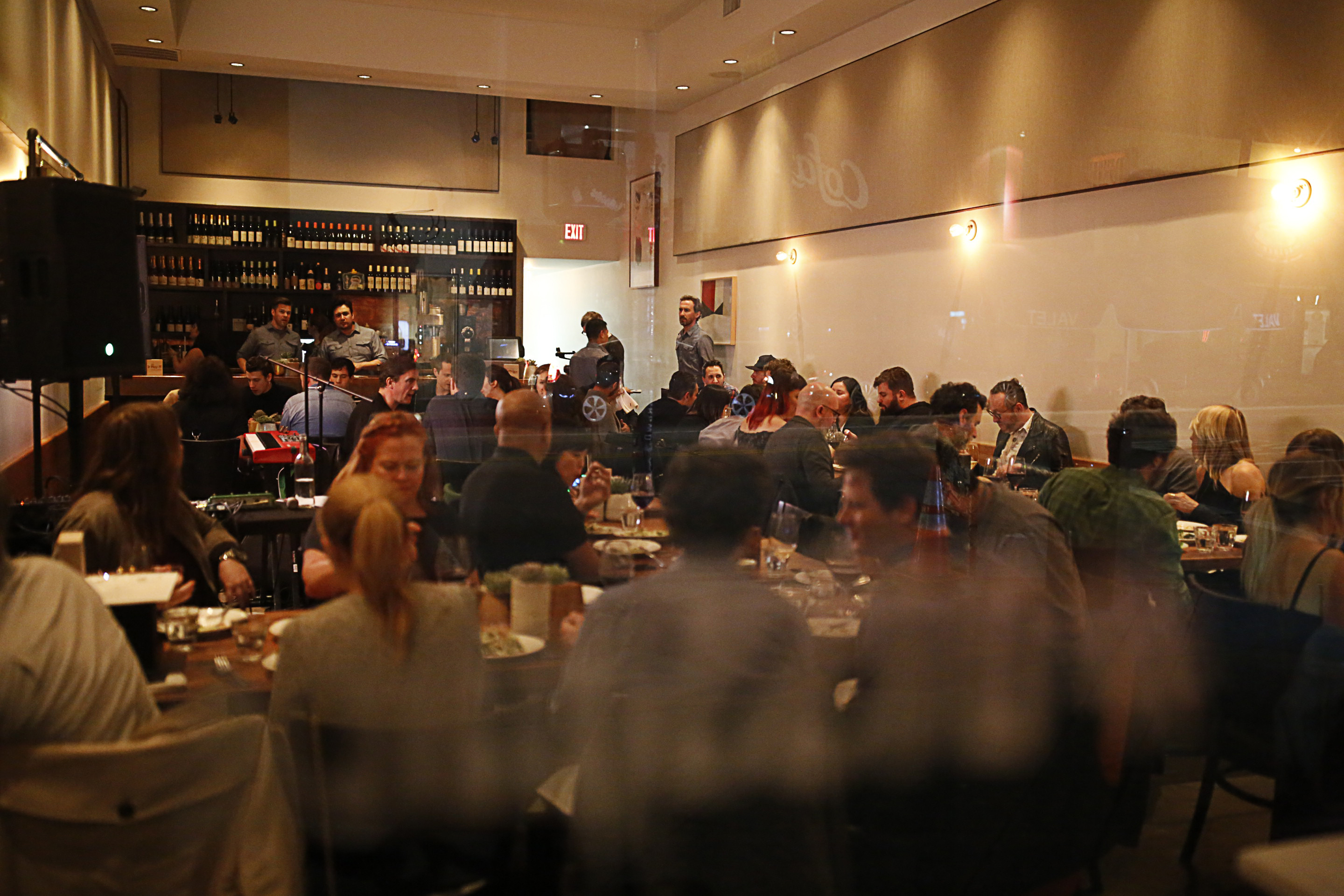 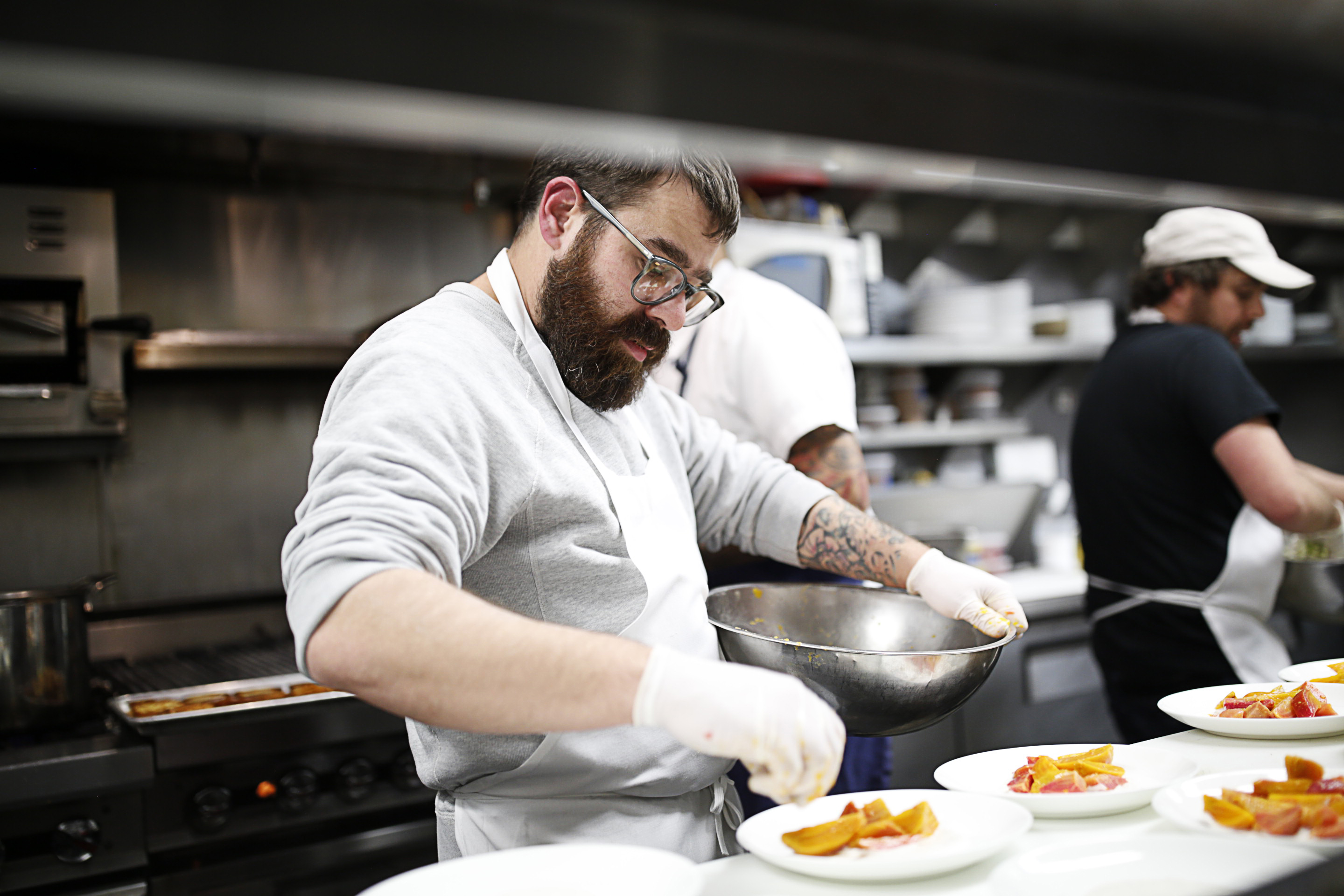 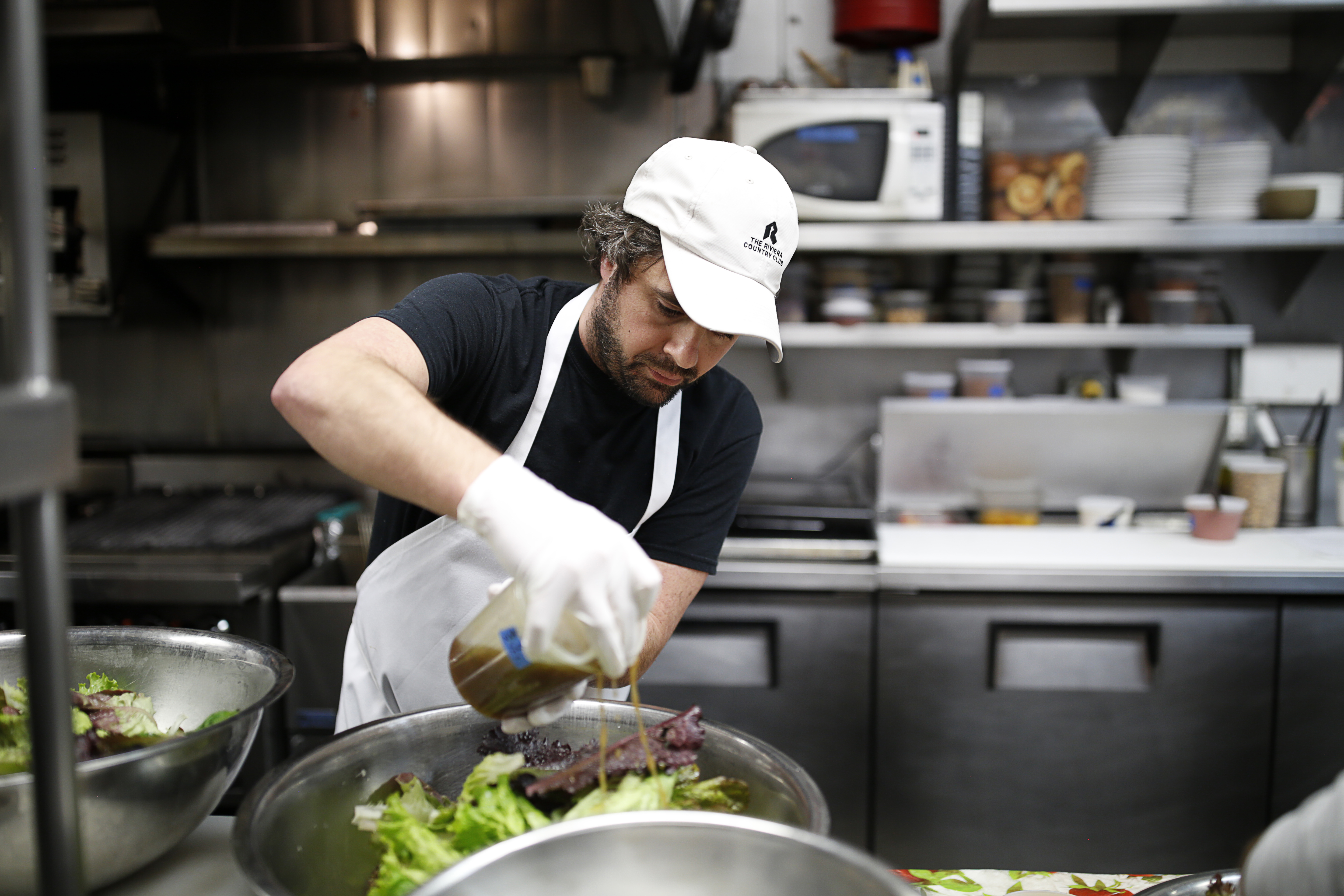 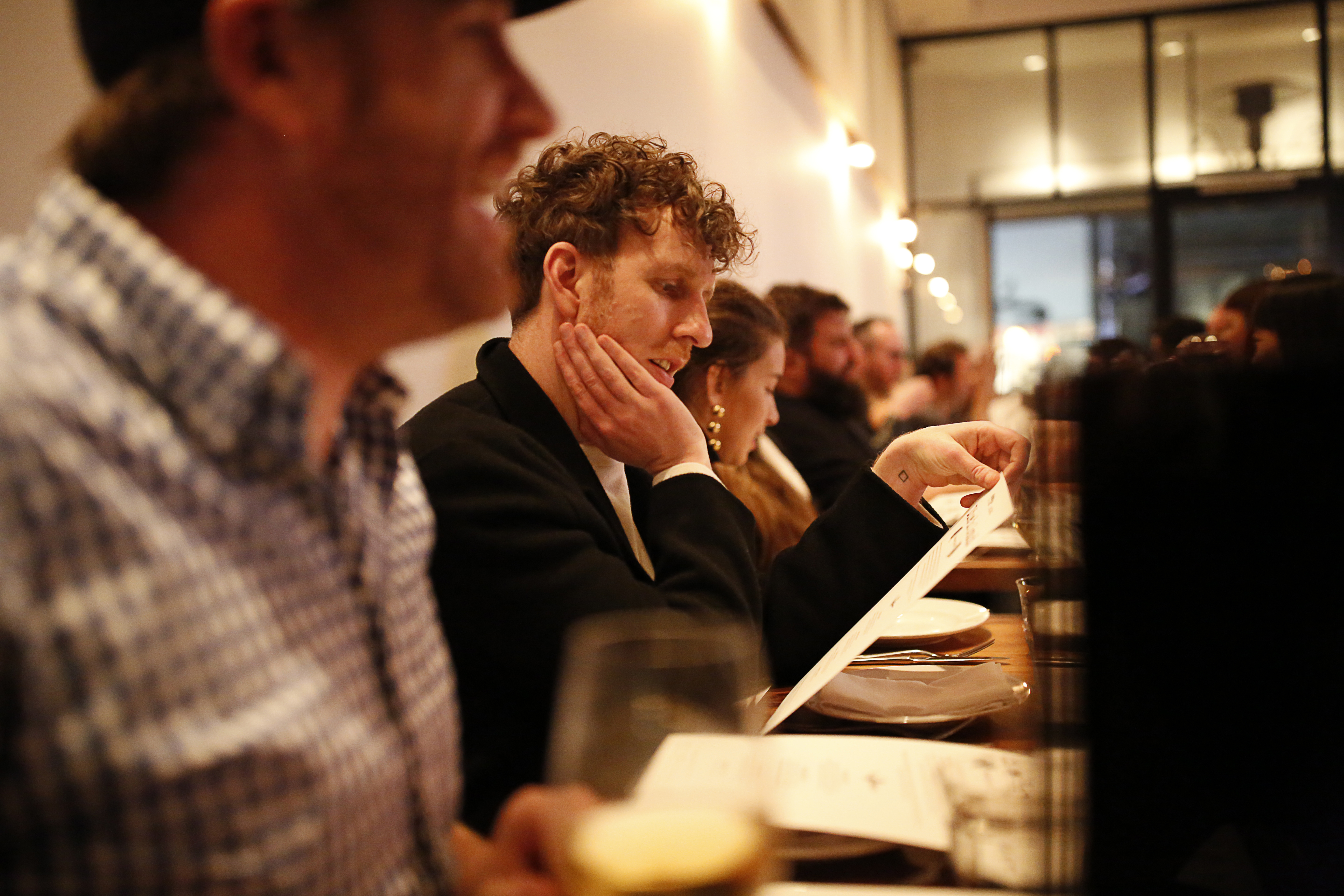 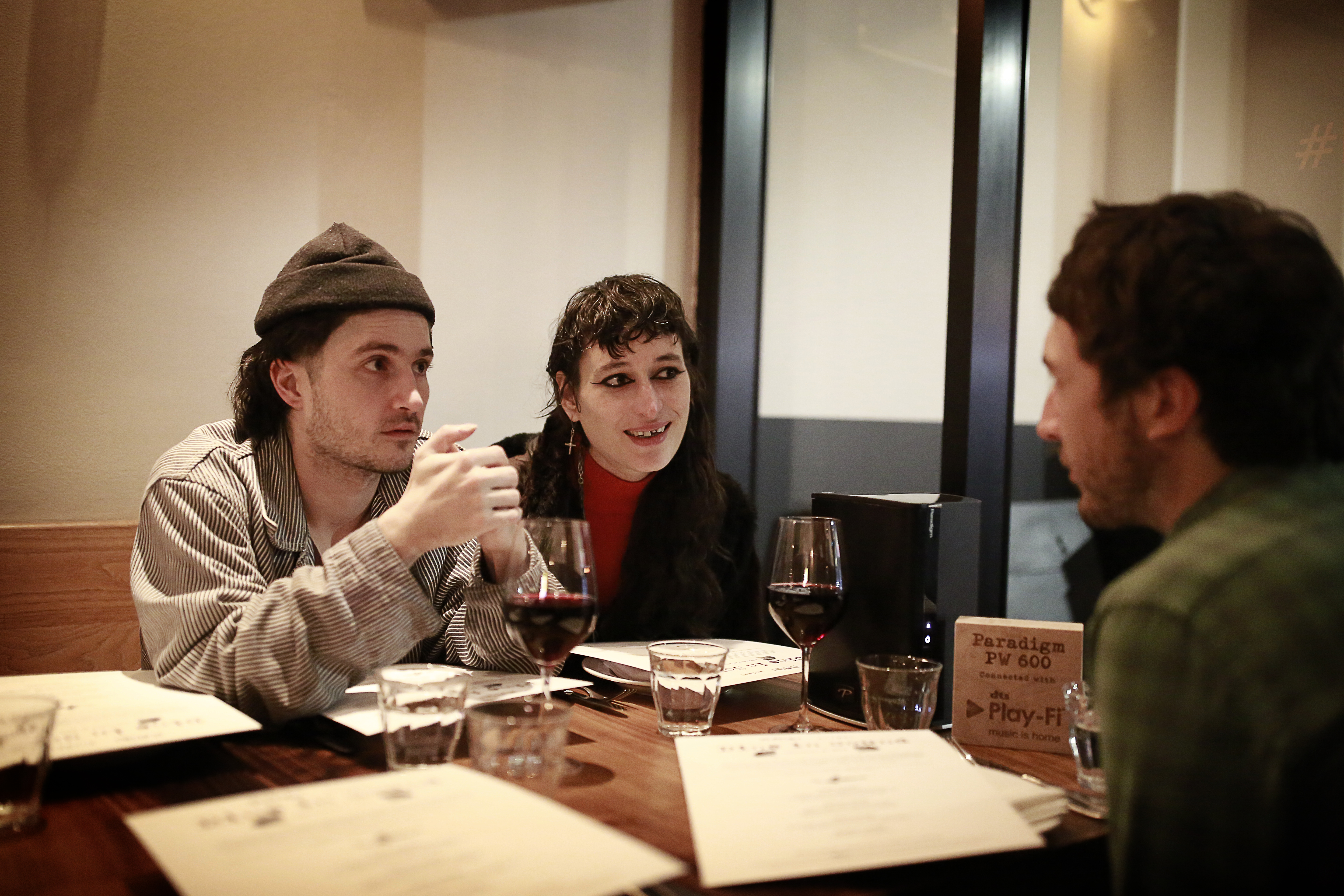 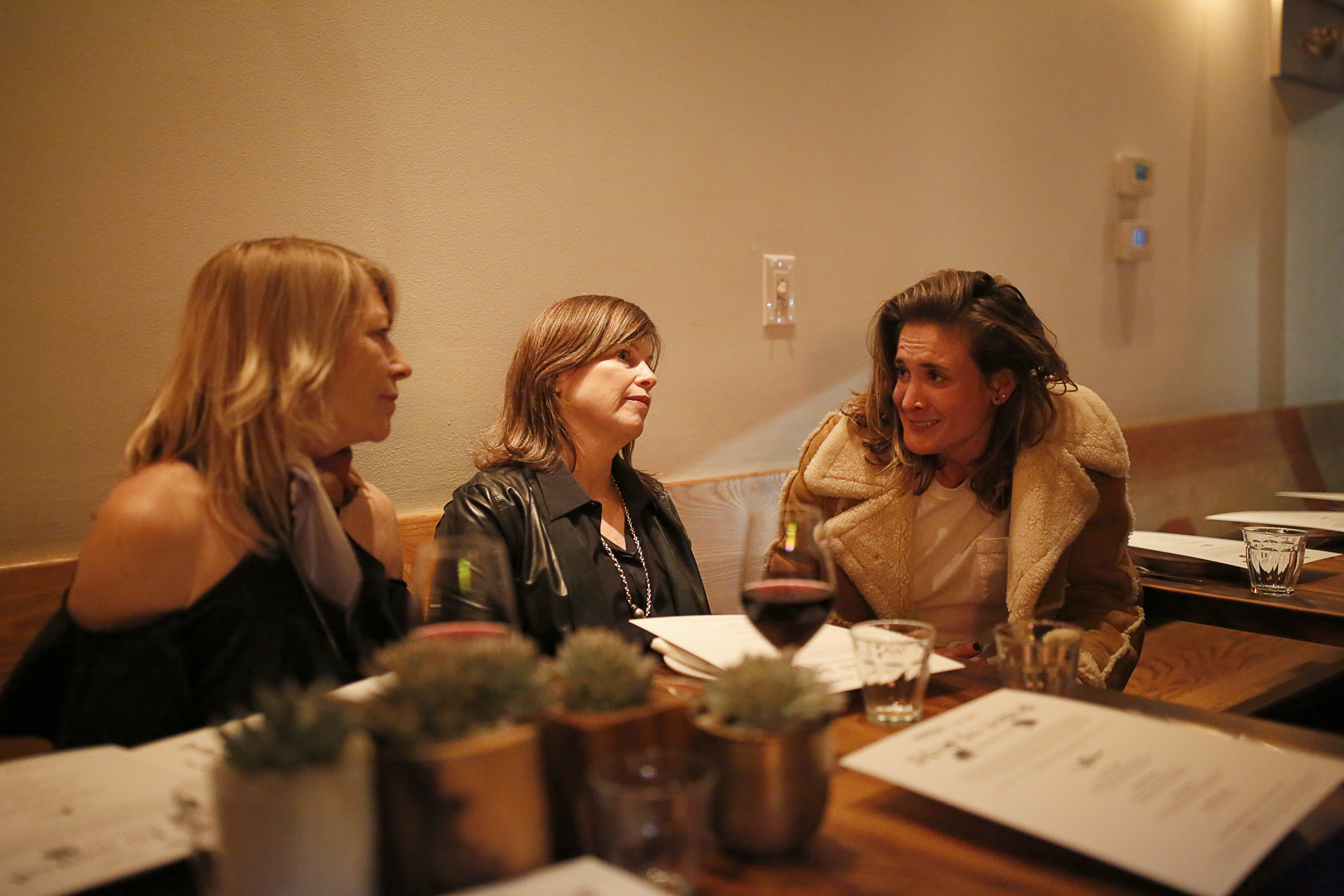 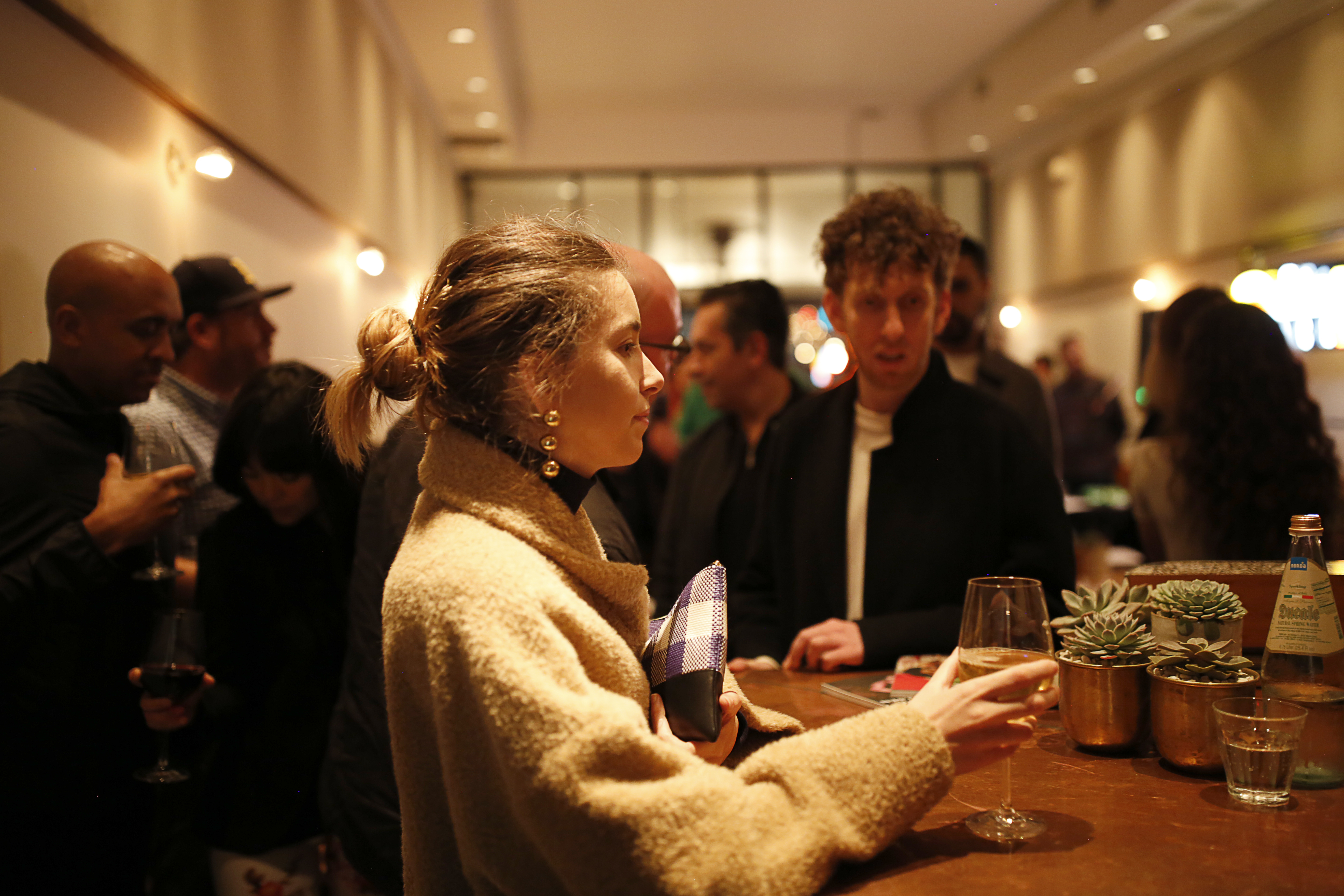 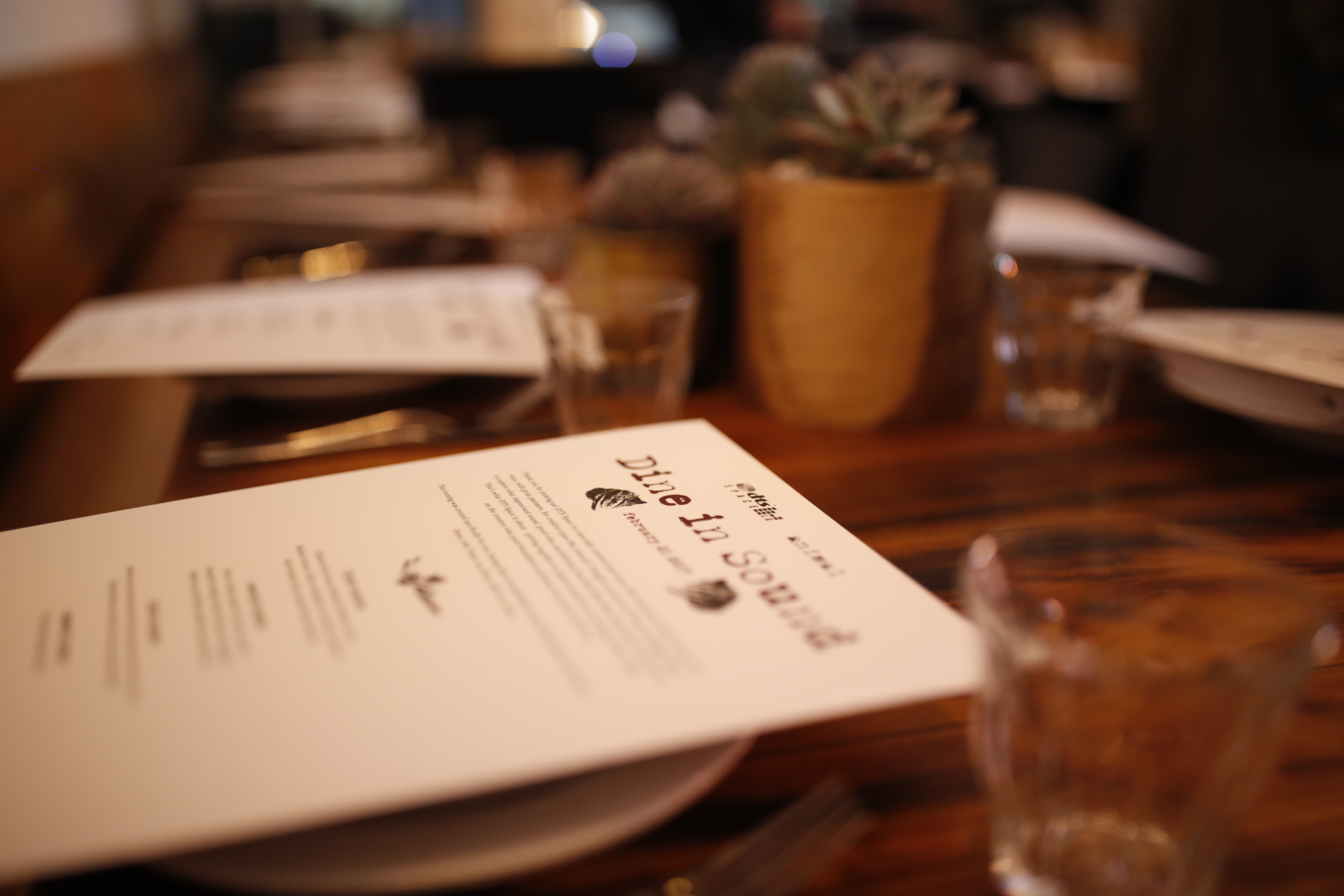 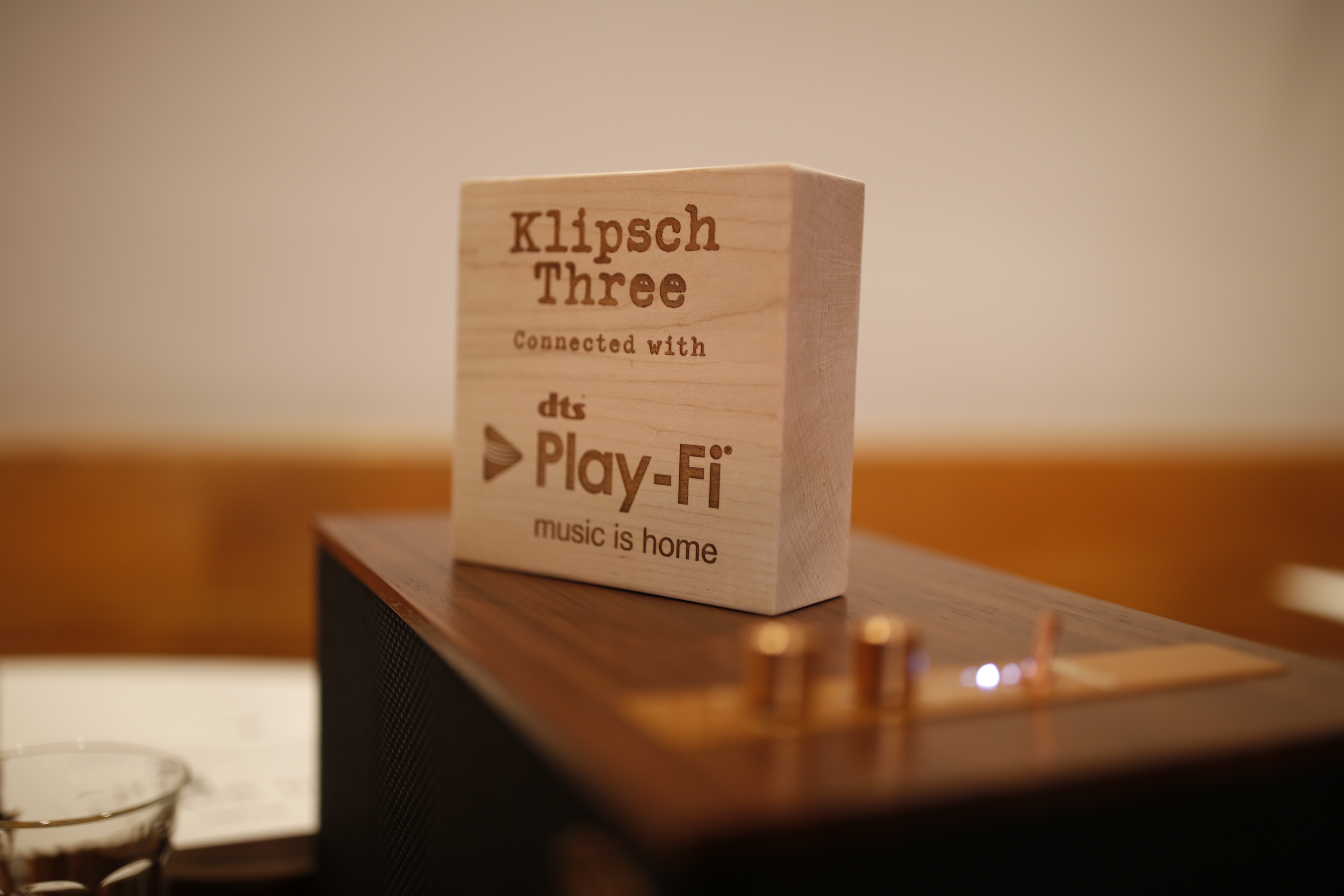 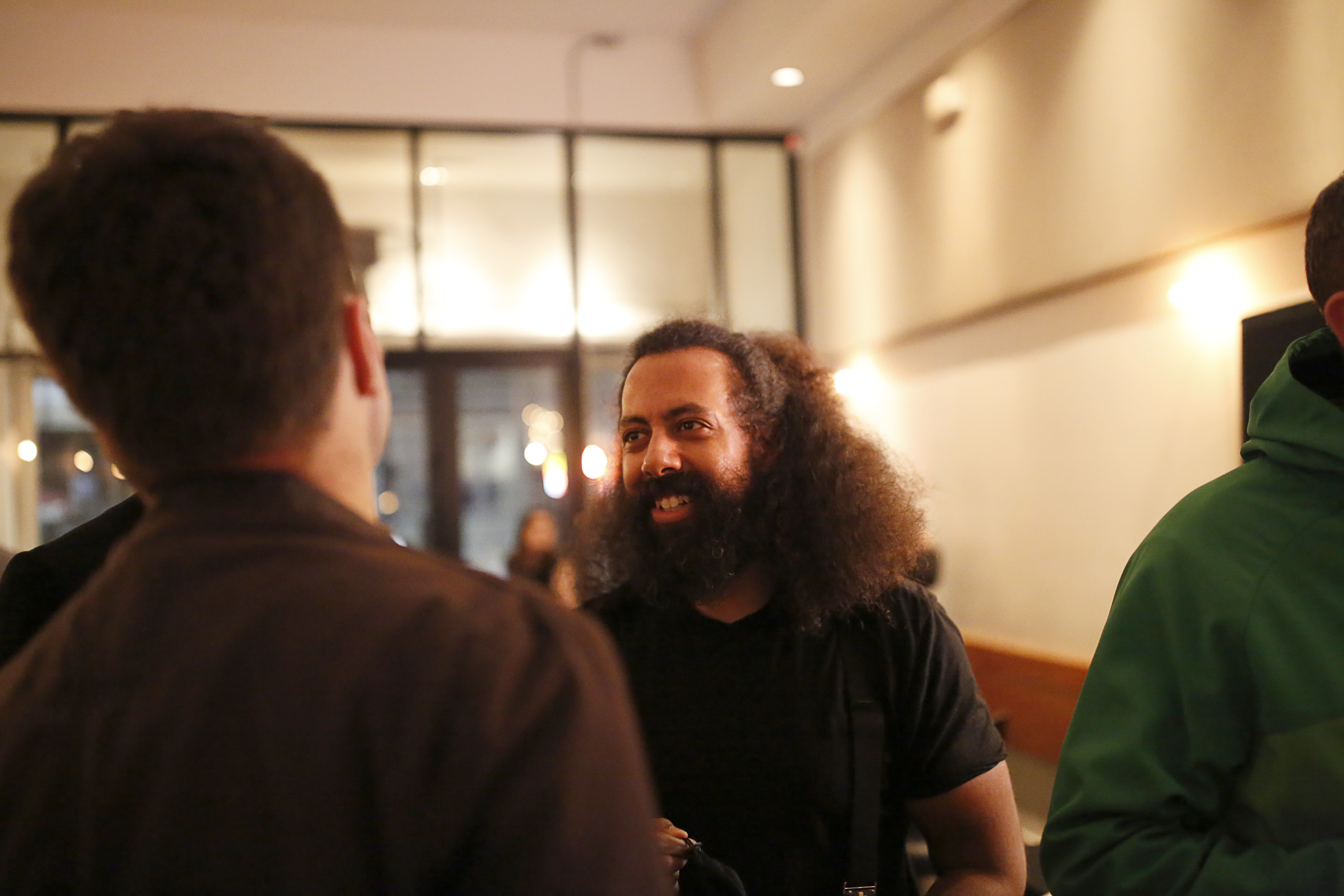 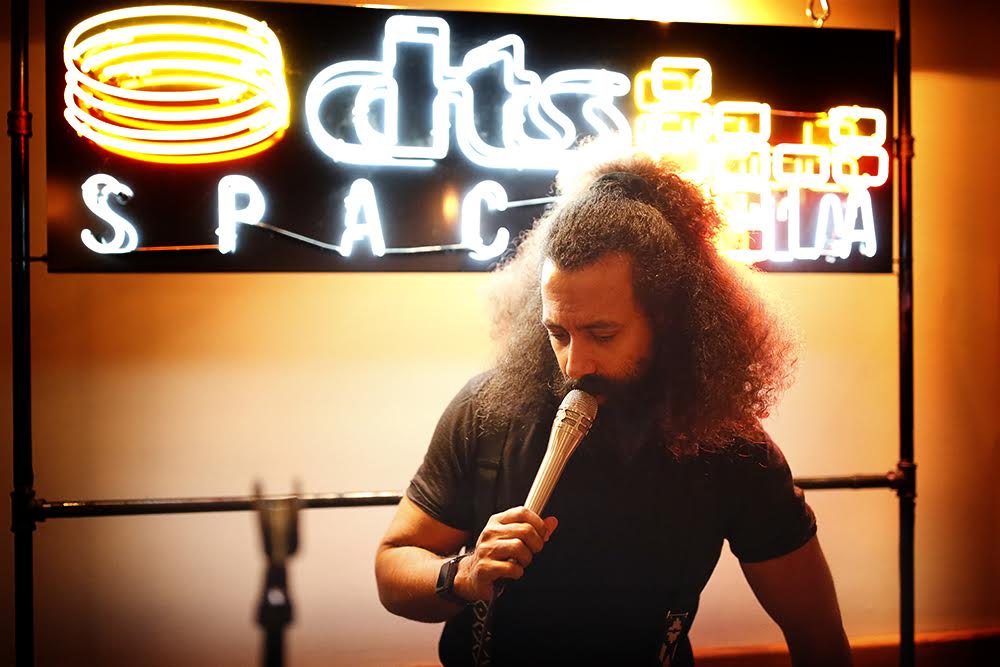