Screenwriter/producer Allan Loeb seems determined to become Hollywood’s poster child for tone-deaf, high-concept sentimentality. December’s disastrous, torrid Collateral Beauty played Loeb’s confusion of extortion and gaslighting for a Capra-esque exploration of the human condition, and that tradition continues in The Space Between Us, which dares to ask the question, “What if men literally were from Mars, and women from Venus?”

In the near future, climate change and a surprisingly well-funded (and partially privatized) space program inspires eccentric billionaire genius Nathaniel Shepherd (Gary Oldman) to fund the establishment of a permanent space colony on Mars. The only problem? The mission commander winds up with an accidental pregnancy two months into the journey, and dies in childbirth. To save face and maintain public trust in the project, Shepherd and the board decide to keep the child a secret, leading to young Gardner Elliot (Asa Butterfield) being “raised by scientists in a bubble” on Mars, with few social graces and no human contact with people his age.

Cue his budding long-distance online relationship with Earthbound alt-girl “Tulsa” (Britt Robertson). She’s troubled too, you see, since she thinks people in general are terrible – a viewpoint informed by her foster child status and her current guardian being a drunk crop duster straight out of the Independence Day playbook. When Gardner is given a chance to visit Earth for some human contact at the request of his reluctant guardian Kendra (Carla Gugino), he quickly stages a jailbreak from Shepherd’s facility and sneaks off to find Tulsa, the two going on a road trip to track down his father (who doesn’t know he exists), with Kendra and Shepherd hot on their tails. On top of all this, Gardner lives on borrowed time, as his space-born physiology can’t handle the stresses of Earth’s gravity for long.

The fact that this film requires that much setup is a testament to the convoluted melodrama at the heart of The Space Between Us. The whole film is a dog’s breakfast of young-adult melodrama, low-rent scientific realism, and ‘80s magical-space-boy nonsense, where the clunky pacing hurls the audience from one contrived scenario to another. From crop duster chases to hippie wedding communes to the Vegas Strip (which Gardner naively describes as “one giant toy”), The Space Between Us rarely gives its characters time to breathe among its clumsy hijinks.

It’s clear from this film and Collateral Beauty that Loeb severely overestimates his understanding of human emotions and behaviors. The script is a minefield of fortune cookie clichés about living life to the fullest, having no regrets, and appreciating what’s around you. Butterfield comes out the most unscathed of anybody; while he’s saddled with his fair share of brutal lines (“the beautiful music you make gives you away”), he nails the awkward, gangly physicality of a space child unacclimated to Earth’s gravity in a few early fish-out-of-water scenes before his character turns into a magical dispensary of rote wisdom about life’s many miracles. It’s one thing for Gardner to be a weirdo spaceman with no filter, but it doesn’t work if his costars sound just as inhuman.

The rest of the cast fares worse. Gugino and Oldman spend most of the film helicoptering from one tracking lead to another, stopping for seconds to continue the same leaden conversations about regret before moving on to the next destination. Gardner and Tulsa’s teen romance is obnoxious, if not downright icky: Butterfield and Robertson feel like they’re acting past each other, and struggle to overcome their characters’ genre clichés (Gardner doesn’t know about human social cues! Tough-girl Tulsa can’t walk by a piano without stopping to bare her sensitive soul through song!) to little effect. They’re sensitive kids, but they’re also able to steal an infinite number of cars and have unlimited money for food and supplies. One particularly disconcerting implication during one of their fireside campouts makes you hope they thought to steal condoms as well.

As with Collateral Beauty, Loeb piles on the ridiculous narrative twists to eye-rolling effect. The last twenty minutes of The Space Between Us are a rollercoaster ride of changing motivations, baffling character reveals, and overblown dramatic gestures that completely defy belief. It would be difficult to even attempt to describe the panoply of ridiculous twists and turns that comprise the film’s climax; Loeb thinks he’s sticking the landing, but instead, he’s burning up on reentry.

The Space Between Us tries to fuse Moonrise Kingdom with The Martian, but fails miserably when compared against either, or many other films. It’s a shame, really; we all could use another story about the importance of science and the valid concerns of climate change right about now. As it is, all The Space Between Us offers is a mawkish high-budget remake of D.A.R.Y.L., which isn’t nearly as awesome as that sounds. 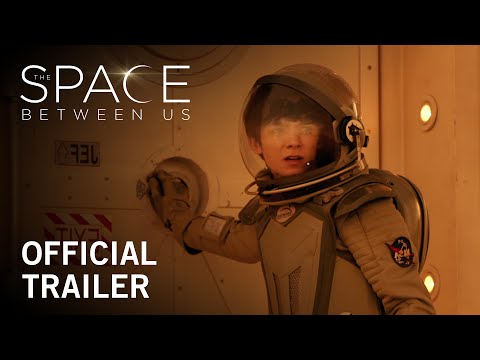 Film Review: The Space Between Us