One of the more recent criticisms of film has been its limiting runtime. There’s only so much you can do in a 90- or 120-minute narrative, which is why so many blockbusters tend to eschew any sort of character study in lieu of hefty action and muscular dialogue. (Well, that, and the average attention span of a moviegoer is very, very particular.) Time is something of a luxury for television, though, which is one of many reasons why some of Hollywood’s most creative minds are shifting their attention from the silver screen to the boob tube. It’s also why some of the best stories of the last 10 years have been told in our living rooms and not through one sitting, but over several weeks, months, or years. After all, could you imagine Don Draper’s existential dread captured in two hours? Or how about Walter White’s descent into villainy in a 90-minute genre film? Never.

Comic books are very similar in this format. With the exception of the graphic novel, which traditionally rounds up a dozen or so issues anyhow, the medium is built on being episodic, allowing readers to naturally connect with the characters while also giving writers time to carry out their actions with rhyme and reason. The greatest misconception about superheroes today is that they’re built to fly, fight, and fuck things up, and that couldn’t be further from the truth. A true superhero reflects our own fears and values and instincts, and the greatest comics sell that idea not with coarse action but through interactions and spiritual conflicts that are far more divisive than, say, a guy screaming on top of a building with a bomb. This explains why a nuanced title like X-Men has never really been properly adapted for the screen. It’s been less about the overall experience of being a mutant and more about acting like one. 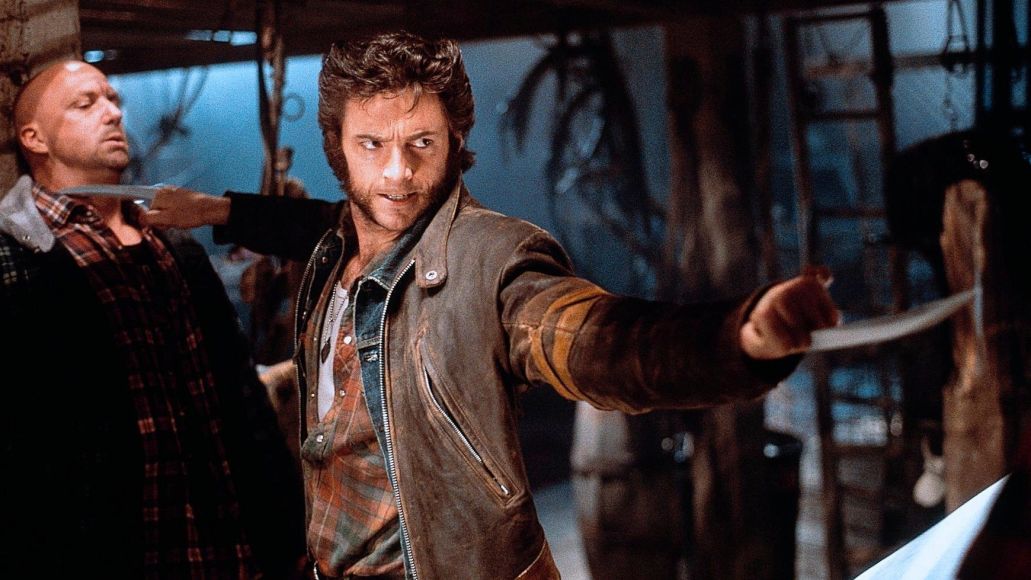 That’s not to say the original films are bad — in fact, quite the opposite; at 17 years, the series is now the longest-running superhero franchise, and that hasn’t been for a lack of quality — it’s just that they’ve never been able to capture what made the comics so defining to rattled teenagers with a barrage of emotional issues. Even when the franchise is at its best, the films run on a pace that simply never allows for deeper character studies, leaning heavily on punchy dialogue, explosive endings, and chewable metaphors that pale in comparison to what’s felt on the page. This is why a more complicated character like Anna Paquin’s quiet and tortured heroine, Rogue, was marginalized and used as a McGuffin for a more obvious hero like Wolverine to hack and slash towards during the original film’s rousing finale. To that point, it’s also why Wolverine, with over half a dozen films to his name, is arguably the most articulated character in the X-Men cinematic universe. He’s evolved at an episodic level.

Showrunner Noah Hawley has a grip on that idea, at least if we’re to judge the first three episodes of his latest FX series, Legion. Similar to his divine work on Fargo, which is by far the most clever spin-off of an established brand in recent memory, he’s taken something familiar and iconic and totally flipped the script. Make no mistake, this has the look and feel of an X-Men film — Lauren Shuler Donner, Bryan Singer, and Simon Kinberg all serve as executive producers — but it’s so much more than anything that’s been put to screen in the last 17 years. In a sense, it’s the antidote to every superhero film today, as it defies all the tropes and stipulations that are tried and tried again to blockbuster success. Those looking for big, epic battles won’t be disappointed, per se, but they’re quick and relatively inessential. Instead, the action and suspense come from startling revelations that surface through a signature brand of spectacle that recalls the genre’s more auteur-driven days of Burton and Proyas. This is gorgeous and vivid storytelling that thrives from bizarre atmospheres and moods. 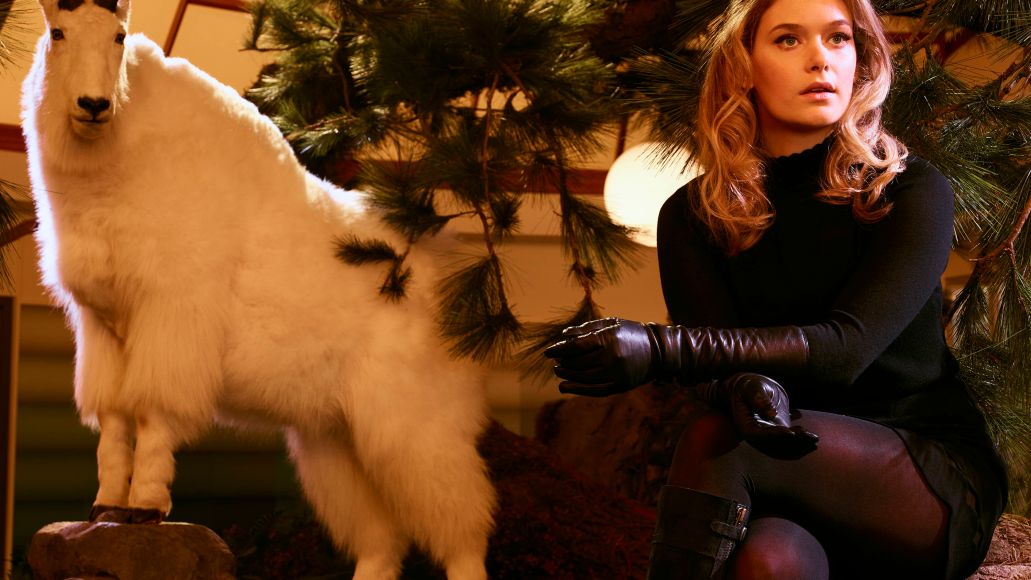 It helps that the whole thing feels like a clean slate. With Legion, you wont see familiar faces like Logan, Storm, Magneto, or even Charles Xavier — god willing. Instead, you’ll find David Haller (Dan Stevens), a lost mutant who’s been cruelly diagnosed as a paranoid schizophrenic. At the very beginning, we find him at Clockworks Psychiatric Hospital, a Kubrickian clinic where other not-so-healthy victims roam around, including his love interest, Sydney Barrett (Rachel Keller). The two immediately strike up a Will They? Won’t They?/Can They? Can’t They? relationship that’s fueled by Syd’s inability to touch David — or anyone for that matter. Like Rogue before her, she struggles with a superpower that’s effected by skin-to-skin contact, which has in turn left her impaired both emotionally and physically. As such, the two can’t kiss, they can’t hug, they can’t even hold hands, which not only makes for a great on-screen romance, but also allows for Hawley to explore a litany of themes and issues ranging from abuse and repression to gender, all without the gasping exposition that might be warranted in a feature film.

Eventually, and without going into too much detail, David and Sydney begin working with a therapist named Melanie Bird (Jean Smart), who oversees a facility that helps mutants navigate their issues and find agency over their powers. As she learns, David is a very complex and highly volatile mutant who’s not only haunted by his demons but also being chased by them, specifically one mysterious government agency named Division 3 that’s led by the equally mysterious villain named The Eye (Mackenzie Gray). Alongside her mutant assistant, Ptonomy Wallace (Jeremie Harris), Bird works around the clock with David by re-visiting his terrifying memories — think: Inception meets A Nightmare on Elm Street — in an effort to pinpoint what ails him and what triggers him. The bad news is that David has forever been told his visions were crazy delusions, a bi-product of his misdiagnosed schizophrenia, and this results in both an emotional and physical struggle between Bird’s team and David’s own pretzeled mind. The good news is that this “mental work” winds up driving Legion, and it’s where everyone clearly has the most fun. 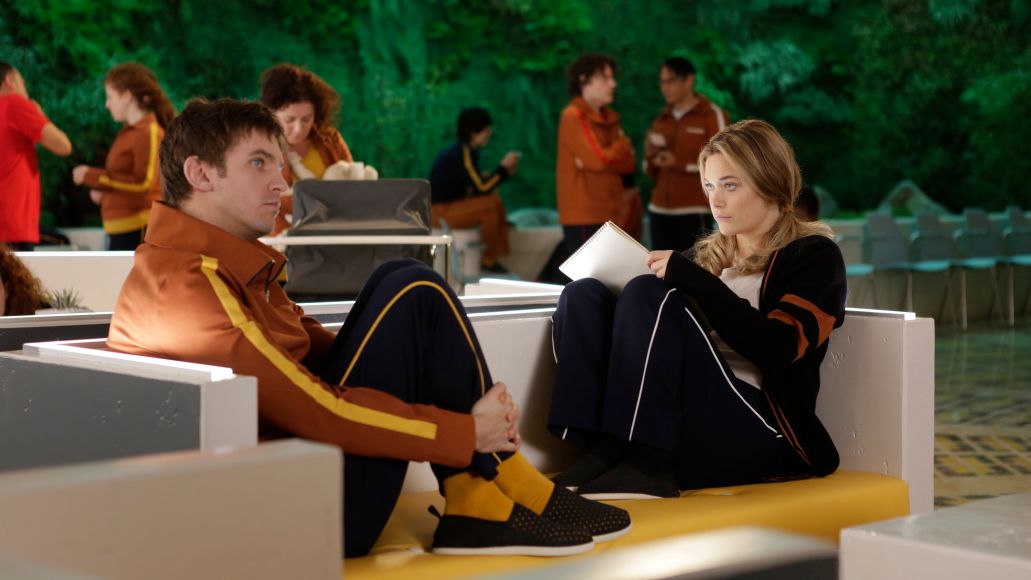 At the very front of the conga line is Stevens. The world-class hunk of Adam Wingard’s 2014 genre masterpiece The Guest and the dashing Prince of Disney’s forthcoming live adaptation of Beauty and the Beast delivers his greatest performance yet as Haller. On the surface, he looks like another burnout in the mold of Jesse Pinkman, but as we learn, there’s more than meets the eye, and when he’s on, he’s really on. His manic jitters and pent-up frustration are straight outta the School of Keaton, and when he’s not selling us on his pain, he’s tickling our funny bone with some great physical comedy. He’s a total heartthrob, too, and his not-so-intimate scenes with Keller’s similarly excellent Sydney are sure to win over hungry audiences looking for a worthy couple, and their romance will undoubtedly spawn a number of GIFs in the weeks ahead. Smart is also a joy to watch as Bird, oozing with maternal wisdom, which acts as a nice counterbalance to the more stoic paternalism that’s been provided by Patrick Stewart or James McAvoy’s Charles Xavier. It’s her palpable conviction that elevates the threat at hand without it feeling too tawdry.

But really, the one who’s having the most fun is Hawley. As writer, director, and executive producer, it’s his vision that takes Legion to a level that’s far above anything we’d ever come to expect from a superhero drama. It’s exhilarating, yes, but it’s also assuredly profound on a visual and emotional level. Some might find his non-linear style tedious and overwhelming, and the sprawling season premiere most certainly risks being accused of both, but it’s never without a purpose. This isn’t omniscient storytelling; this particular narrative is coming from the point of view of a puzzled mind that is way too powerful and way too maladjusted to be anything less than a living nightmare. And that’s precisely what Hawley and his team puts to screen, flooding the proceedings with Lynchian visuals and even Giger-esque motifs that push this material into unforeseen realms that wildly oscillate between alluring and horrifying. That’s part of the thrill, though, and likely how Hawley will stave off the doldrums of repetition that might come from continually digging deep into the same character each and every episode. 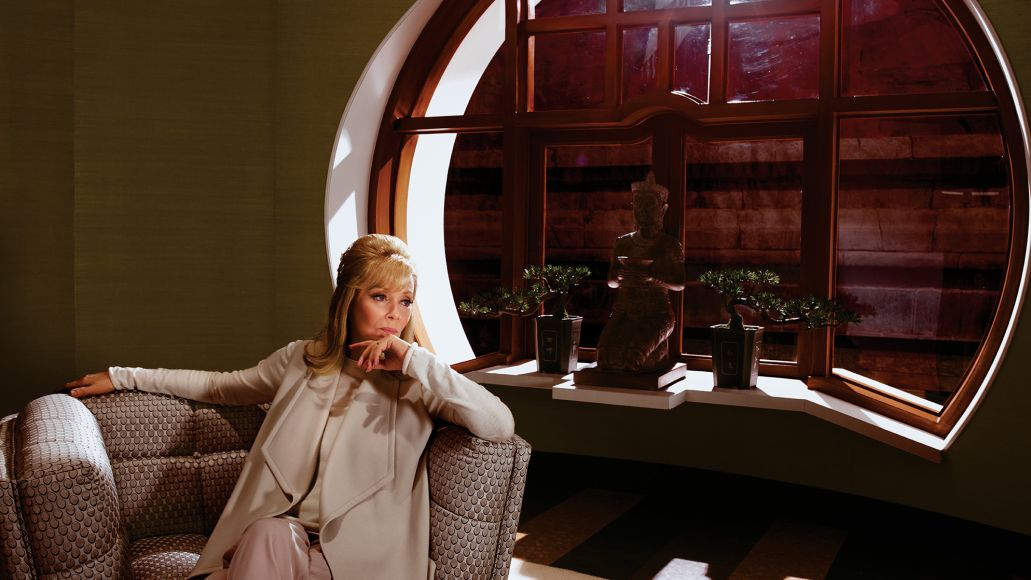 What’s perhaps most refreshing about Legion’s first three episodes is what little has been unveiled. Hawley is patiently laying down the groundwork piece by piece, building something that’s not only wide in scope but also quite sustainable, which is exactly what he accomplished during the past two seasons of Fargo. So far, there’s an articulated understanding for each character — well, save for the creepy Cronenberg-esque villain The Eye (and that’s for the better) — but we don’t really know much about the world around them. At one point, Bird mentions to David that there are “divisions” at hand in their society, but it’s vague enough to keep us on the fringe, and that’s a good thing. Because the worst thing any series can do is lay down its cards too early — or kill their golden goose, as Twin Peaks proved with its middling second season — and not seeing those cards is largely what makes Legion so entertaining right now. It’s a testament to Hawley’s knowledge of both the TV medium and what draws in readers to comic book stores every Wednesday. If we’re lucky, we’ll keep flipping the page.