This feature was originally published in November 2016.

Most people have never heard the names Richard and Mildred Loving, but those who have will recognize them from the landmark Supreme Court case Loving v. Virginia, which in 1967 abolished laws prohibiting interracial marriage. In his forthcoming film, Loving, writer-director Jeff Nichols focuses not on the litigation that will forever be tied to the Lovings’ legacy, but rather on the individuals themselves, mapping a story that deliberately fleshes out what he calls “the daily intricacies of their lives.”

As a filmmaker, Nichols betrays an undeniable empathy for his subjects. From the father-son dynamic at the heart of his last film, Midnight Special, to Matthew McConaughey’s enigmatic fugitive in Mud, Nichols’ characters have never lacked in humanity. With Loving, he has traded in the sci-fi trimmings of Midnight Special for the pastoral unease of the 1960s American South, but don’t let such details fool you — this quiet and profound portrait is a fluid continuation of his vision. It’s also his strongest film to date.

Having coaxed outstanding performances out of lead actors Ruth Negga and Joel Edgerton, Nichols explains that he had no interest in making a high-tension courtroom drama. He recalls, with hushed awe, when and where the idea for Loving first took root. He was watching a scene in Nancy Buirski’s 2011 documentary, The Loving Story,  in which the Lovings’ attorney, Bernie Cohen, says he informed the couple of the Supreme Court’s decision with a phone call.

“I was immediately struck by that,” Nichols recalls. “What was that phone call like? Why weren’t they there? What happened? The issue that people had with Richard and Mildred was that they existed, and it’s very hard to argue against your own existence. That’s what we made a movie about: the day-in, day-out existence of two very real, very sincere people.” 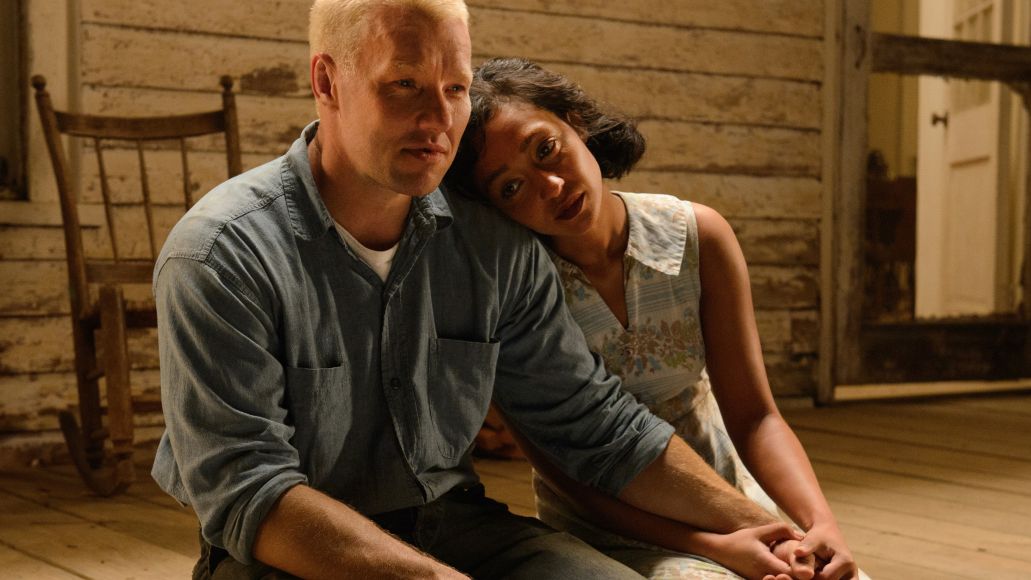 Speaking with the film’s producers early on, Nichols says he warned them not to expect another version of The Help, which at the time was barreling towards Oscar acclaim.

“I told them that I think there’s a feel-good story here, but I’m probably not going to make that story, so if you guys want a shot at that type of success, you should get a different filmmaker.”

Instead, Nichols set out to make a “very quiet, very slow” movie that paid uncommon attention to the human details of the Lovings’ story. As such, he needed actors who could embody Mildred and Richard not only spiritually but physically. Negga, one of the first actresses to audition for the part of Mildred, won him over instantly. Other actors came by way of what Nichols reluctantly acknowledges as a bit of serendipity. One night, while watching television in New Orleans during the filming of Midnight Special, he was struck by the realization that Nick Kroll of Kroll Show looks remarkably like Bernie Cohen.

When it came to finding Richard, Nichols didn’t have to keep flipping through the channels. In fact, he didn’t have to look further than his own set. 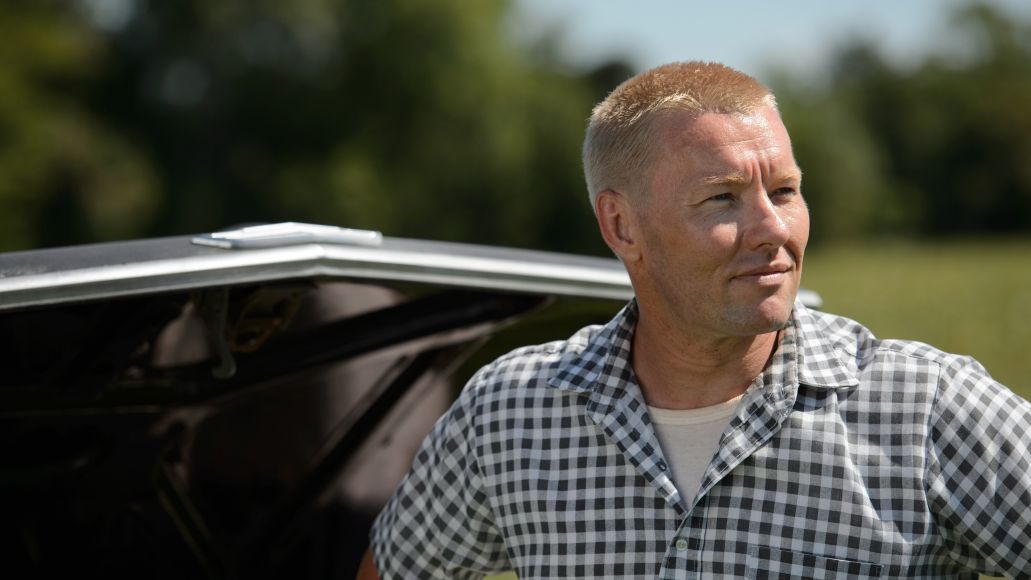 Joel Edgerton is somewhat of a chameleon, a strapping Australian actor with an uncanny ability to inhabit everyone from a Boston mobster in Black Mass to a sociopathic high-school acquaintance in The Gift. He’s a bona fide scene-stealer, and his stock in Hollywood as a versatile and talented presence continues to rise. After a supporting role in Midnight Special, he’s now reunited with Nichols as a leading man who’s likely to generate a fair amount of Oscar buzz.

Edgerton’s Richard is a man of few words, though the actor’s nuanced performance speaks volumes through weary eyes, tender touches, and a resolute sense of duty that radiates through him in every scene. “I thought having less to say would make the accent easier,” he jokes. “Ironically, it made it more difficult. With a character like [FBI agent] John Connolly [of Black Mass], you really get to fly on the rhythm of an accent, and the rhythm is so much a part of what an accent is. When you don’t have much to say, it’s hard to latch onto that cadence.” Instead, he focused on trying to pin down what he calls the “thought bubbles” within Richard.

“When you watch Richard, the cogs are turning, but the mouth isn’t opening,” he explains. “So what are those thoughts? Jeff and I had to really sketch those out together while we were shooting. Ultimately, it became so important for the overall characterization.”

This same focus on authenticity factored into Nichols’ decision to shoot the film in Virginia. The early scene in which Richard and Mildred go to jail was shot in the actual jailhouse they were kept in. Their early battles in the Caroline County Circuit Court were filmed in the courtroom where they actually received the ruling that would form the basis of their Supreme Court case. The field where Richard proposes to Mildred was “literally about a five-minute walk” from the home where they lived in seclusion while their case played out. 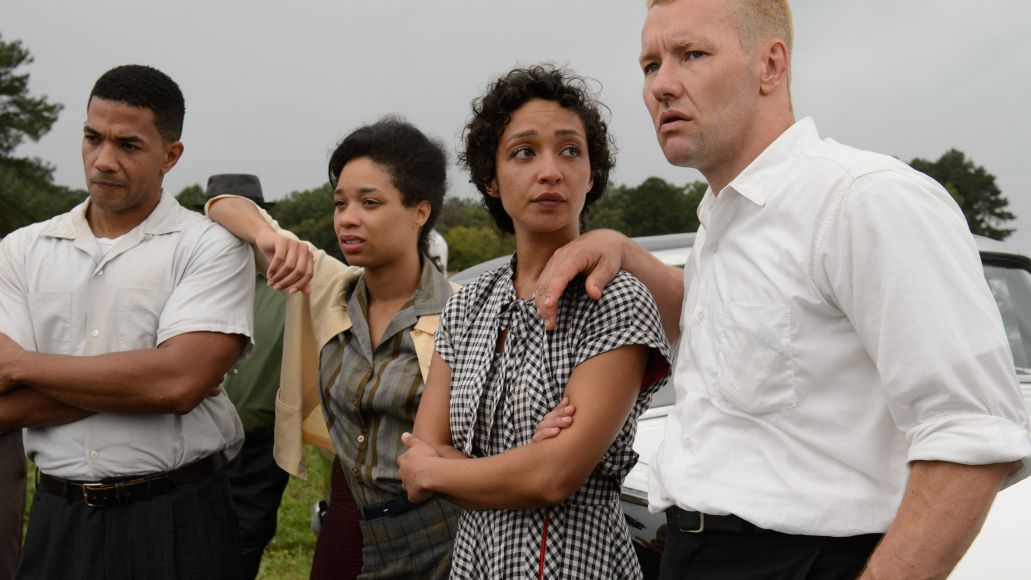 These details will likely go unnoticed by the majority of Loving’s viewers, and that’s fine by Nichols. For him, there was simply no other option — no other way to fully commit to atmosphere and character building, no other way to appease his unyielding desire for truth and authenticity.

Edgerton, for one, appreciates Nichols’ drive to get it right. In fact, he felt the significance of shooting in Virginia most acutely at a setting that isn’t even featured in the film. “We shot at the jail and at the courthouse, and they all had their own ghosts that swam around inside the movie,” he says, “but going to the grave site where Richard and Mildred were buried suddenly took the importance to a whole other level for me.” Many of the grave sites bore the names Loving and Jeter, which speaks to the myopic nature of a town in which everybody knew each other. “I saw Ruth standing there, and I just realized how connected she was to the whole thing, to Mildred, and I saw her having an emotional response to that. That said and did so much for me that I never could have felt if we’d gone to Atlanta or somewhere else.”

This kind of emotional punch is key for Nichols; it’s one of two common threads running through the films he’s directed thus far. The other is a certain familiar setting. 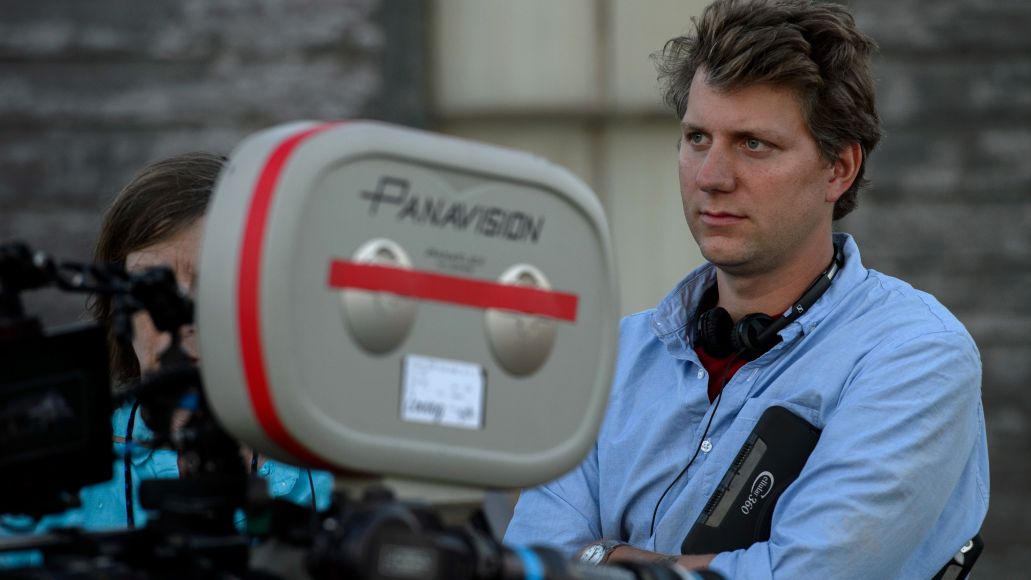 “I’ve obviously had this love for the American South for a really long time, and it’s represented in every film that I’ve made,” he says. “During Loving, Mildred is actually making decisions based on her connection to home, nature, and location. It was amazing to find a character that represented my point of view through her actions. It was so easy to identify with her, because on the face of this story, you would ask why anyone would risk the safety of their family in order to move from D.C. back into the countryside that doesn’t want you — that will potentially kill you. Now I know why.”

It’s this confidence of knowledge that has made Nichols such a potent and celebrated filmmaker. Edgerton recalls their time spent together on Midnight Special and how he knew even then that in Nichols’ hands, Loving would become something truly remarkable.

“When you make a movie like Midnight Special, it has all these fantastical, science-fiction elements to it. You can often catch writers or directors out when you’re talking about another dimension. You can see that blank look across their eyes. That never happens with Jeff. There’s nothing he hasn’t thought about.”

Labor of Loving: A Conversation with Jeff Nichols and Joel Edgerton