John Darnielle is having himself a good day. His latest novel, Universal Harvester, just hit the New York Times Bestseller list, and now his band, The Mountain Goats, has announced a new album. The indie folk outfit’s 16th (!) full-length follows 2015’s Beat the Champ, and like that previous release, it appears to be somewhat of a concept album.

Entitled Goths, the record features track titles like “Wear Black”, “For the Portuguese Goth Metal bands”, and “Rain in Soho” (the last of which features members of the Nashville Symphony Chorus). From the looks of it, the album will be about the goth subculture in much the same way Beat the Champ was about underground wrestling.

That’s definitely the case with the lead single, “Andrew Eldritch is Moving Back to Leeds”. Using Sisters of Mercy frontman Andrew Eldritch as a vantage point, the song tells the tale of musty London clubs that used to beckon young dreamers from Leeds. Take a listen below.

Due out May 19th on Merge, Goths was recorded at Blackbird in Nashville, Tennessee with producer Brandon Eggleston. If a note at the bottom of the Bandcamp pre-order page for the album is to be taken literally, the effort features “no comped vocals, no pitch correction, no guitars.” More information will likely be revealed during the Mountain Goats’ Facebook Live event scheduled for 4:00 PM EST today, February 22nd.

Update: During the Facebook Live stream, Darnielle confirmed a few of the details about Goths. All the vocals were indeed recorded live, and there are no guitars on the album. It also marks the Mountain Goats’ first effort with woodwinds player/arranger Matt Douglas as a full-time member of the band.

“The theme this time around is goth,” the band’s Peter Hughes wrote in a statement, “a subject closer to my heart perhaps than that of any Mountain Goats album previous. And while John writes the songs, as he always has, it feels more than ever like he’s speaking for all of us in the band, erstwhile goths (raises hand) or otherwise, for these are songs that approach an identity most often associated with youth from a perspective that is inescapably adult.”

Watch Darnielle discuss the album and play “Andrew Eldritch is Moving Back to Leeds” on acoustic guitar below. 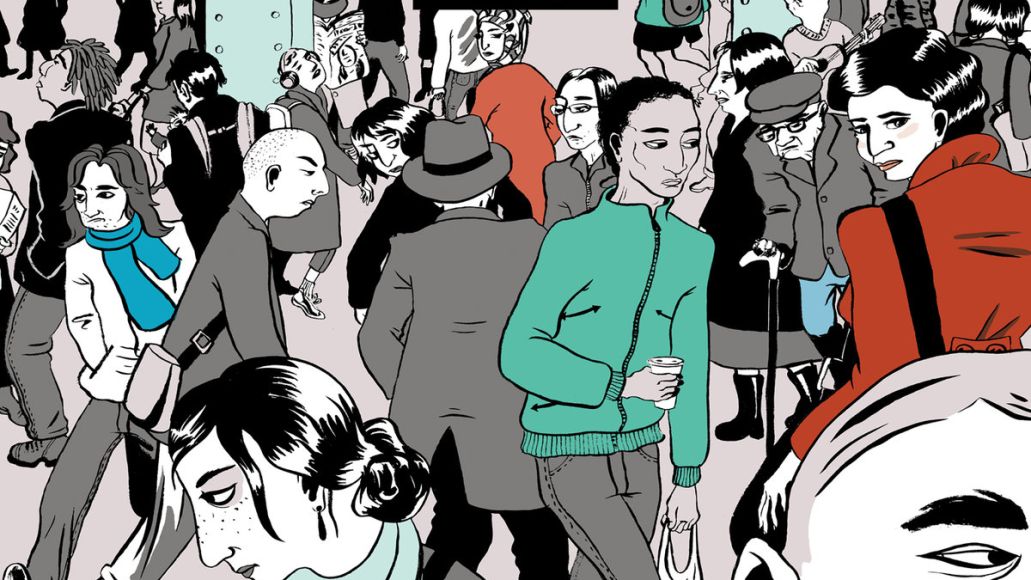 Goths Tracklist:
01. Rain in Soho
02. Andrew Eldritch is Moving Back to Leeds
03. The Grey King and the Silver Flame Attunement
04. We Do It Different on the West Coast
05. Unicorn Tolerance
06. Stench of the Unburied
07. Wear Black
08. Paid in Cocaine
09. Rage of Travers
10. Shelved
11. For the Portuguese Goth Metal Bands
12. Abandoned Flesh

Mountain Goats have also announced a run of tour dates that includes shows with Jason Isbell.