February, our shortest month, had an especially overstuffed feeling this year, what with the Super Bowl, Grammies, Oscars, an unusually tumultuous first month for a new president, and on top of it all, the weather developed a case of ADD. With so much going on, it can be hard to appreciate the moment, whether it calls for celebration or delicious schadenfreude. This is our monthly attempt to pluck order from the chaos and identify the larger trends in popular culture.

There is a lie at the heart of every awards show, and that lie is “Each year, someone is the best.” Nonsense. The arts are not sports where entertainers are winnowed down until only one remains. Some years produce many enduring works of popular culture, and some years are quickly forgotten. Award show ceremonies pretend that every year is the same.

So why hand out awards? The cynical answer is “Because of the TV money,” but I believe these events have a social benefit as well: That is, they make people argue.

People argue because they care, because they are invested and have strong opinions. Beyoncé or Adele? Moonlight or La La Land? These minor controversies lead to national conversations about style, identity, America’s values, and our simmering racial tensions. The benefit of that conversation is much greater than a golden statue. Award shows are only as meaningful as the conversation they provoke, and this year was wonderfully provocative.

Things reached peak absurdity at Sunday’s Academy Awards when a backstage mistake led to a public announcement of the wrong winner for Best Picture. This is, without a doubt, the best thing that could have happened for everyone involved. Because of a meaningless scandal, La La Land, Moonlight, and the Academy Awards ceremony itself all just got millions of dollars worth of advertising exposure for free. Everyone is talking about these movies. And because of that, the conversation continues.

Ever since Francis Ford Coppola used the negotiations for The Godfather Part II to secure funding for The Conversation, directors of blockbuster films have used their leverage to greenlight smaller passion projects. Gore Verbinski has already pulled this trick once, when the success of The Ring and Pirates of the Caribbean allowed him to make 2006’s The Weather Man. Middling reviews greeted this story of a mid-life crisis, and the film failed to make back its budget. Mr. Verbinski wouldn’t have the opportunity to make another non-blockbuster for 11 years.

Two more Pirates of the Caribbean movies and the animated smash hit Rango have built up a store of good will — hell, even The Lone Ranger made money internationally — and so Verbinski has once again stepped away from the franchises to make an original film. A Cure for Wellness isn’t a typical horror story; it’s a gonzo gothic that has some critics raving and others looking for the exit. But it’s the box office receipts that are truly scary.

According to BoxOfficeMojo.com, after nearly two weeks of wide release, A Cure for Wellness has only made about $8 million. That’s nothing; Get Out did $30 million just last weekend. Considering Cure is selling worse and worse by the day, and considering it’s saddled with a budget of $40 million, Verbinski’s passion project is in serious trouble. At this point, the hope that it will break even looks like a CGI-tentacled fever dream. If Verbinski is going to get another $40 million sandbox to play in (and we’re hoping he does), he might once again have to ask Johnny Depp to crack out the eyeliner.

The writing on Saturday Night Live is uneven by design. Less than a week to put together a 90-minute show? There are going to be rough patches. As producer Lorne Michaels likes to say, “The show doesn’t go on because it’s ready; the show goes on because it’s 11:30.”

Over 42 seasons of SNL, there have been great sketches, and there have been sketches that could have gotten the same number of laughs if they’d been replaced with two minutes of silence. With the exception of some daily late-night TV hosts, SNL must lead the nation in the production of unfunny jokes. That’s not a criticism; again, it’s baked into the concept, part of what makes the show endearing. Prospective hosts had better have a thick skin.

But if there’s a lesson we’ve learned from years of watching SNL, it’s that two things can put a coat of polish on the rough-and-tumble proceedings. The first is a national news story that can unite the interests of the writing room. The second is a guest host who can turn a blah punchline into a belly laugh. Alas, having both on the same episode is as rare as a lunar eclipse.

Melissa McCarthy’s vein-throbbing performance as Sean “Spicy” Spicer is a slapstick whirlwind. She edits on the fly, ad-libbing fills and segues based on the audience reaction, and she does it all virtually unsupported by other actors. There’s nobody to play off, and nobody to clean up after the joke; McCarthy sets herself up and knocks herself down. It’s a master class from a modern comic master. 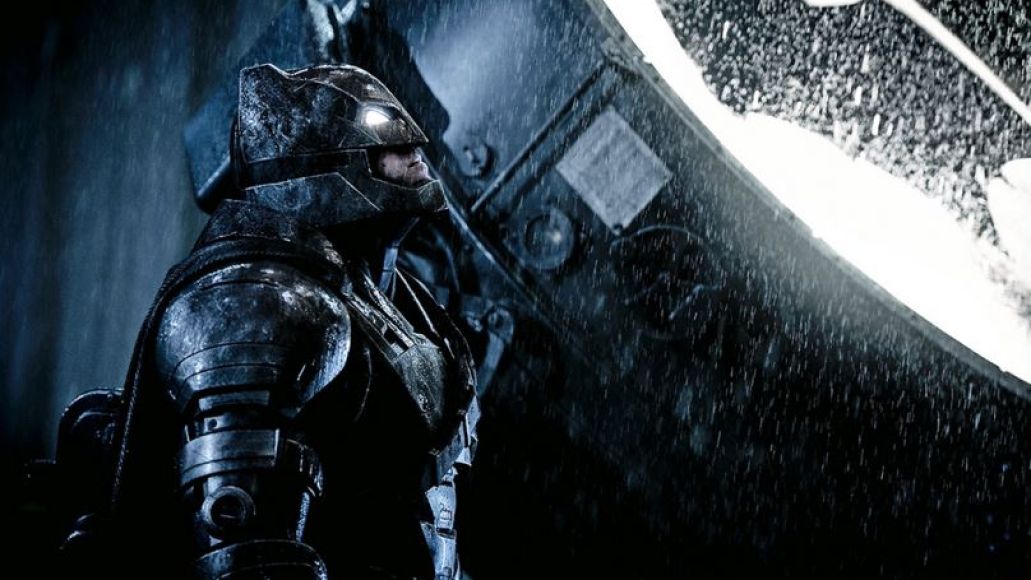 Although he’ll still be donning the Batsuit, Ben Affleck has bowed out as The Batman’s director, and that’s bad news for a number of reasons. While Affleck’s most recent flick, Live by Night, was a bit of a flop, he still has won two Oscars. That’s the track record of a good filmmaker, and in recent years, good filmmakers have been in short supply in the DC Universe. In his public statement on the decision, he said he was still “extremely committed” to the movie. But consider his interview with The Guardian from New Year’s Day. He said, “…It’s not a set thing, and there’s no script. If it doesn’t come together in a way that I think is really great, I’m not going to do it.” Since he’s vacating the director’s chair, are we to assume that the script either didn’t come together, or it wasn’t great?

Not necessarily. After all, he was only the director for a month. More likely he got overwhelmed and preferred to spend his time somewhere else. In his place, Warner Bros. have tapped Matt Reeves, recently of Dawn of the Planet of the Apes. There’s no telling how he’ll do, but regardless, Affleck will be missed. His script for Good Will Hunting and his direction on Gone Baby Gone and Argo are all wonderful. His movies are thought-provoking fun, and none of those words apply to Affleck’s last turn as the caped crusader.

In an age when you can find videos of anything and everything, the Fifty Shades film franchise is tame enough to bring grandma along to the theater. That “R” rating is as soft as they come, perhaps for the best. If things got too steamy, the experience of going to a crowded theater might become awkward, and besides, the producers don’t want to risk offending Sam and Sue Suburbs with too much raw kink. Mix in mystery and a dash of danger and make superhero money on a rom-com budget.

The Winners and Losers of February 2017: Batman, Award Shows, and Bondage Billionaires