Despite persisting rumors to the contrary, iconic rapper Tupac Shakur was fatally shot in September 1996 while riding in a black BMW. 20 years later, that infamous vehicle is now up for sale. As first reported by TMZ, the restored sedan is listed for $1.5 million on the historical collector’s website Moments In Time.

To authenticate the BMW, the listing includes an image of the car’s VIN information showing it was originally purchased by Deathrow Records in June 1996. It was originally auctioned off by the Las Vegas PD following Tupac’s unsolved murder. Since then, it has changed hands several times over before making its way to the current anonymous owner.

Tupac was shot to death in the passenger seat of the vehicle after attending a Mike Tyson fight in Vegas with Death Row executive Suge Knight. While they were stopped at a red light, a car pulled up on the passenger side and riddled the car with bullets. Tupac died from his injuries six days later. Despite the restoration, bullet indentations remain on the interior.

With ‘Pac entering the Rock and Roll Hall of Fame in April and the biopic All Eyez on Me hitting theaters on June 16th, it’s the perfect time for the car’s owner to put it up for sale. A deep-pocketed fan could drive away with a one-of-a-kind, if horrendously morbid, piece of hip-hop history. 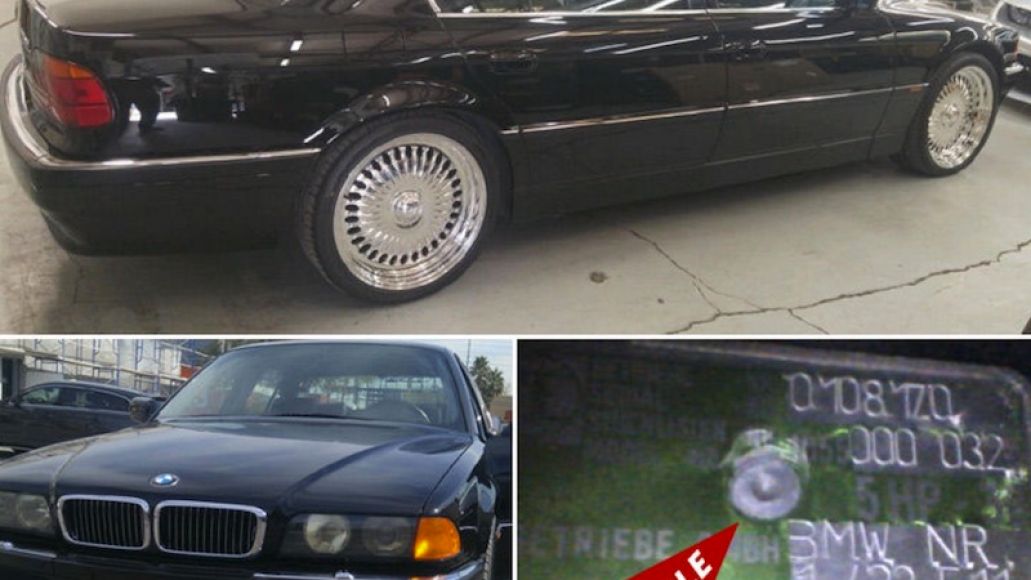 You can own the car Tupac was shot in for $1.5 million