Maybe the best thing that could be said about the first season of Netflix’s Love is how well it hid what it was really about. It hid it so well that it wasn’t until the premiere party for the second season during a Q&A between the cast (Paul Rust, Gillian Jacobs, and Claudia O’Doherty) and beloved radio and television personality Dr. Drew Pinski that I realized what the backbone of the show was. Between thinkpieces about the attractiveness disparity between the two leads and the trend of particularly white romcoms set in Los Angeles, it took Dr. Drew, the man that informed much of my knowledge of sex, love, drugs, and healing as a young person through his legendary show Loveline, to hit a nail in what makes Love special.

“It’s the most accurate portrayal of what an addict experiences in new relationships that I’ve ever seen,” he noted in a live interview for a select group of media and crew members at a swanky Los Angeles movie theater. And as he gave his psychologist readings on the main characters Mickey (a drug, alcohol, sex, and love addict) and Gus (a classic co-dependent), a proverbial light bulb lit up above my head as I wondered why this aspect of the series had flown under my radar. I myself am a recovering addict and should have been drawn to this aspect of story line.

On second watch, the first season of Love is sly in not making the series overt about either Mickey or Gus’ baggage. Sure, Mickey’s addictions are always present. We see her attending AA and lying about her sobriety, even confiding in Andy Dick about the pain in having to reset a phone app back to zero days sober. In the last episode of the season, Mickey attends a meeting for Sex and Love Addicts Anonymous (or SLAA for short) and realizes that she needs to take a year away from dating to get her own life together. We see Mickey fall off the wagon a few times, but nothing that bad ever comes from it aside from an ill-advised belly flop into a swimming pool at a friend’s party. 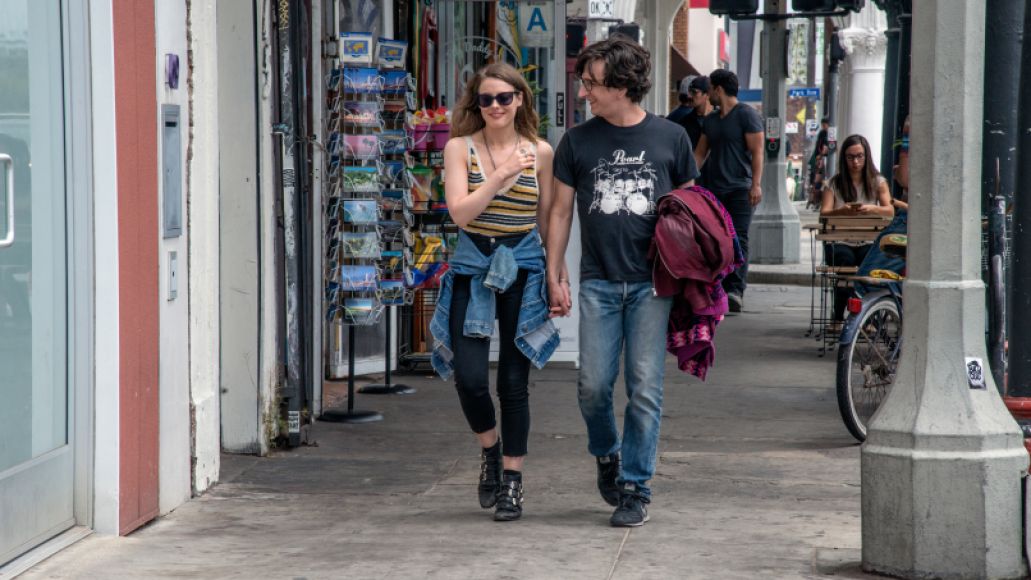 In fact, it’s easy to dismiss Mickey as the quirky party girl who just needs to meet the right man to “fix” her. That’s the story that Hollywood loves to tell others (and anyone that’s ever dated someone with problems loves to tell themselves), but recent television shows have done a better job at delving into why people make the decisions they do and turn away from stereotypes like the manic pixie dream girl. On You’re the Worst, Gretchen’s depression informs every aspect of her relationship while Alex’s parents on Casual inform why his character has such a difficulty connecting with others. So when season one of Love ended not with Mickey going solo but kissing Gus at the gas station they first met at, it felt regressive for the character. Regressive, but also realistic, as this is exactly the feeling and moments that Mickey looks to for self-worth. Love wasn’t trying to be fairy tale; it was trying to show the complications that an addict can experience when seeking love and just how difficult it can be when a person can make you feel just as high as a substance.

In its second season, Love’s central concept comes out from the shadows. It’s not by coincidence that Mickey’s season one addiction revelation to Gus is replayed to start season two, and it’s not handled as just another blip on her character arc. Over the next 12 episodes, Mickey’s sobriety and quest not to pursue her issues with sex and love are tackled with both wit and empathy, the latter speaking for a segment of the population that is not typically portrayed. “It’s about learning to not pig out on love and sex,” Mickey tells Gus over late-night tacos, explaining her decision to take a year off dating. When he makes a joke, she quickly reprimands him. “This is actually serious,” she says.

Of course, the year off dating doesn’t pan out. That wouldn’t really make for a good TV show. Instead, the season finds Mickey and Gus navigating through both of their issues, with varying results. Gus can often seem patronizing to Mickey, his congratulations over her sobriety markers coming across as more condescending than supportive. In Gus’ defense, he’s navigating unknown territory with Mickey, and his own trap of co-dependency smothers the independent Mickey. She pulls away, and he sends her flowers. She doesn’t text, and he buys her a plane ticket. Oftentimes, it feels like the only reason they are together is because both of them want to make something work in their life, which might not make for the most romantic TV show, but it does ring true to anyone that has done similarly in their own lives. 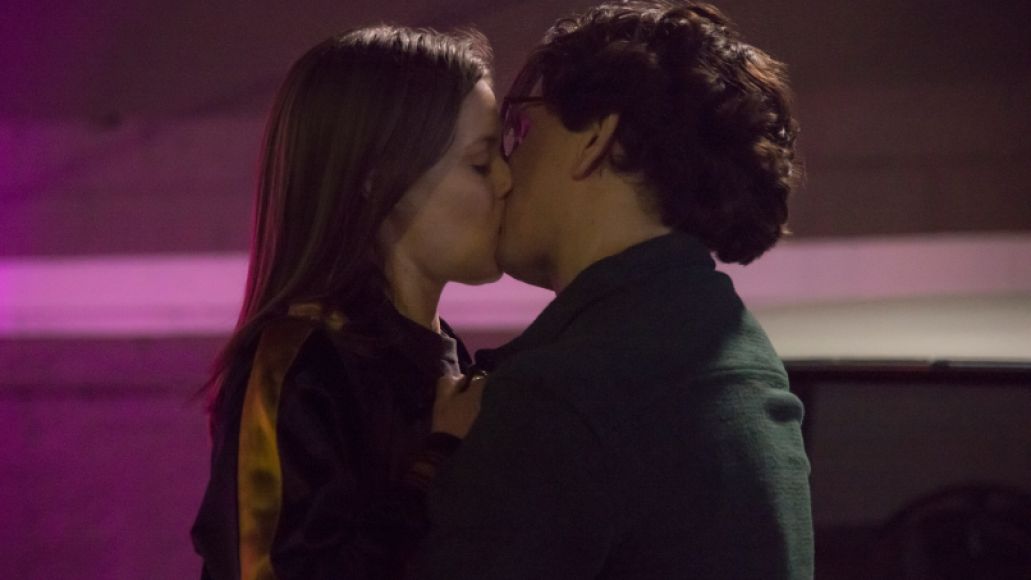 The series is at its best when it doesn’t get distracted from its core tenets. There are plenty of temporary diversions when the series strays to its supporting cast, filled with excellent and often hilarious turns, particularly by Chris Witaske as the lovably dim friend Chris and Iris Apatow as the wise-beyond-her-years Arya. But the show soars in episodes that deal with its core pair head on. When Mickey’s father comes to visit, played by Daniel Stern with just the right blend of slime and misguided paternal instincts, Gus accidentally outs Mickey’s sobriety. She snaps at him to go to an Al-Anon meeting if he really wanted to know how best to be in a relationship with an addict, which he eventually does by season’s end. Earlier, when Gus throws a house party to screen the episode of Wichita that he helped conceive, Mickey is distracted from the event by Andy Dick seeking council. Gus gets upset at the slight, with Mickey having to level with him that her, other people’s, sobriety sometimes comes first, a truth that Gus will need to deal with in order to be with her.

It’s not that Mickey is the poster person for anyone that’s tried to date while in recovery. Everyone has different limits and hangups, and everyone needs different forms of support. But Love’s allowing of Mickey to navigate through her own baggage without a shred of self-serious pedagogy is both respectful and refreshing. Mickey is not defined by her sobriety or addictions, and there is so much more to her (and the series) than that. However, it’s also the single biggest factor for whether or not she will be able to find success in a relationship — whether getting a grip on her own demons will help her to enter a healthy relationship with someone else. Even by the end of the season, the odds seem stacked against Mickey and Gus. But love is a fight worth fighting, and Mickey and Gus know that if they can make it work, the trouble will have been worth it.