Black Lips have announced their return with a new full-length entitled, Satan’s Grafitti or God’s Art?. Due to arrive May 5th through Vice Records, the follow-up to 2014’s Underneath the Rainbow was produced by Sean Lennon.

The album marks the return of guitarist Jack Hines, who was reenlisted following the departure of Ian St. Pé shortly after the release of Underneath the Rainbow. Back with the band for the first time since 2004, Hines joins other new additions Oakley Munson (drums, replacing Joe Bradely) and Zumi Rosow (saxophone).

As a first listen, the band has shared lead single “Can’t Hold On”. Lennon’s psychedelic touch is definitely present, heard clearly on the ringing guitar leads and decaying horns. The Lips’ own shambolic take on garage rock is still very much at the forefront, however, thanks to scratchy vocals and a ferocious thrust. Take a listen below.

In addition to the new record, Black Lips will reissue their last four albums — Good Bad Not Evil, 200 Million Thousand, Arabia Mountain, and Underneath the Rainbow — in a McDonald’s themed Happy Meal box set for a Record Store Day 2017. 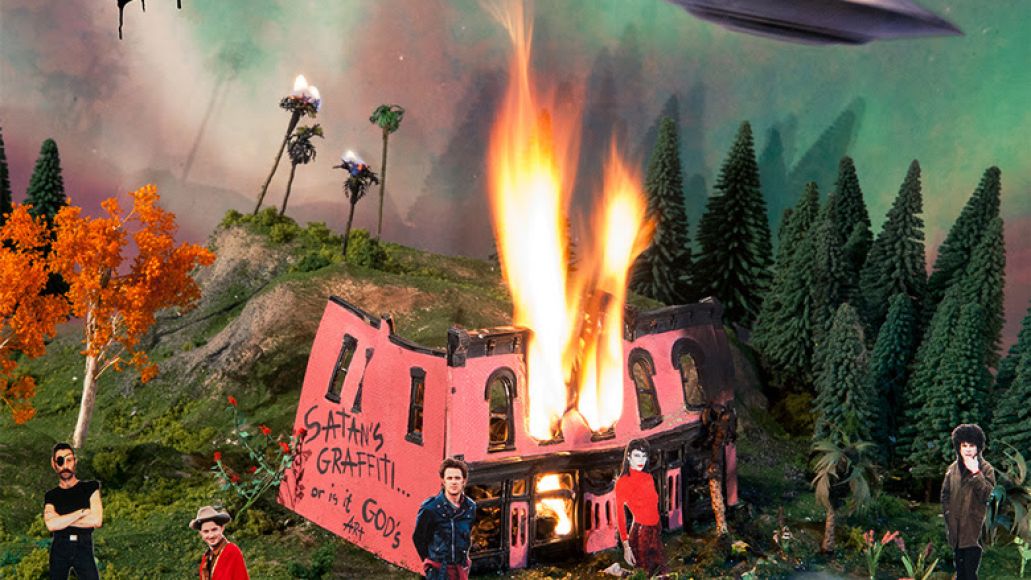 Black Lips will tour in support of the new album throughout May before hitting the European festival circuit in August. Check out their itinerary: